tvN’s “Vincenzo” continues its reign over the list of most buzzworthy dramas this week!

For the third consecutive week, “Vincenzo” topped Good Data Corporation’s weekly rankings of the dramas that generated the most buzz. The company determines each week’s rankings by collecting data from news articles, blog posts, online communities, videos, and social media about dramas that are either currently airing or set to air soon.

The top 10 dramas that generated the most buzz in the fourth week of April are as follows: 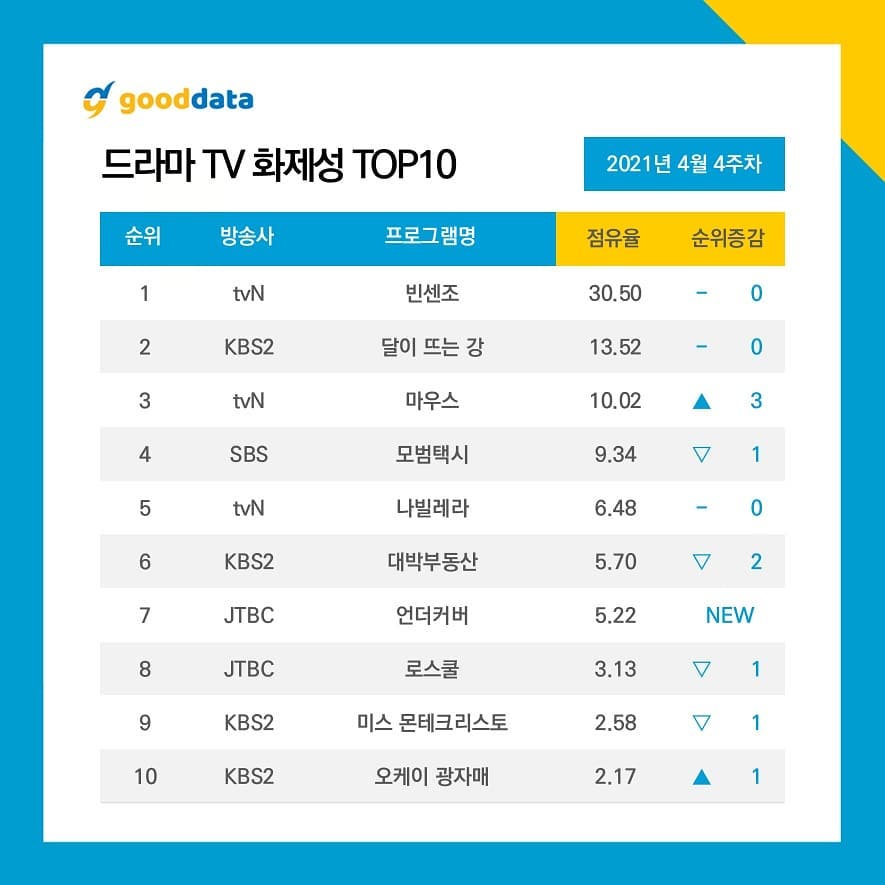 “Vincenzo” also dominated this week’s rankings of most buzzworthy drama cast members, sweeping four out of the top 10 spots on the list. Song Joong Ki remained No. 1 for the third week in a row, followed by Kwak Dong Yeon at No. 3, Jeon Yeo Been at No. 6, and 2PM’s Taecyeon at No. 9.

“Mouse” star Lee Seung Gi held onto his spot at No. 2 this week, while “River Where the Moon Rises” star Na In Woo rose to No. 4 for the week and “Taxi Driver” star Lee Je Hoon stayed strong at No. 5.

The top 10 drama actors that generated the most buzz in the fourth week of April are as follows: 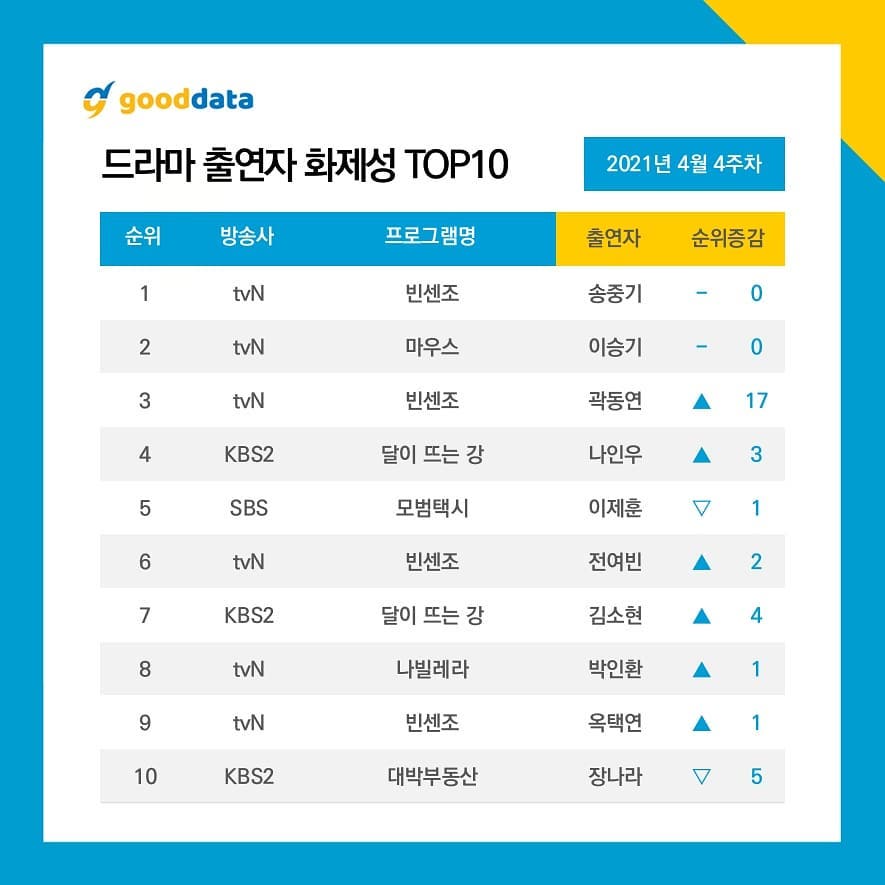 Watch “River where the Moon Rises” with subtitles here…