Stills of Lee Do Hyun’s first appearance in “Youth of May” have been released!

“Youth of May” is a new romance drama about the fateful meeting of Hwang Hee Tae (played by Lee Do Hyun) and Kim Myung Hee (played by Go Min Si), who fall in love amidst the whirlwind of events that take place in May 1980, a historically significant time period in South Korea.

Hwang Hee Tae is accepted to Seoul National University’s medical school at the top of his class and becomes the subject of signs hung up all around Gwangju. He becomes a famous figure in his hometown and ends up facing various prejudices about him.

The images released on April 29 give a glimpse of Hee Tae arriving in a sleek sports car. Driving through a protest of students who gaze at him coldly, he nonchalantly smiles while wearing a pair of sunglasses. 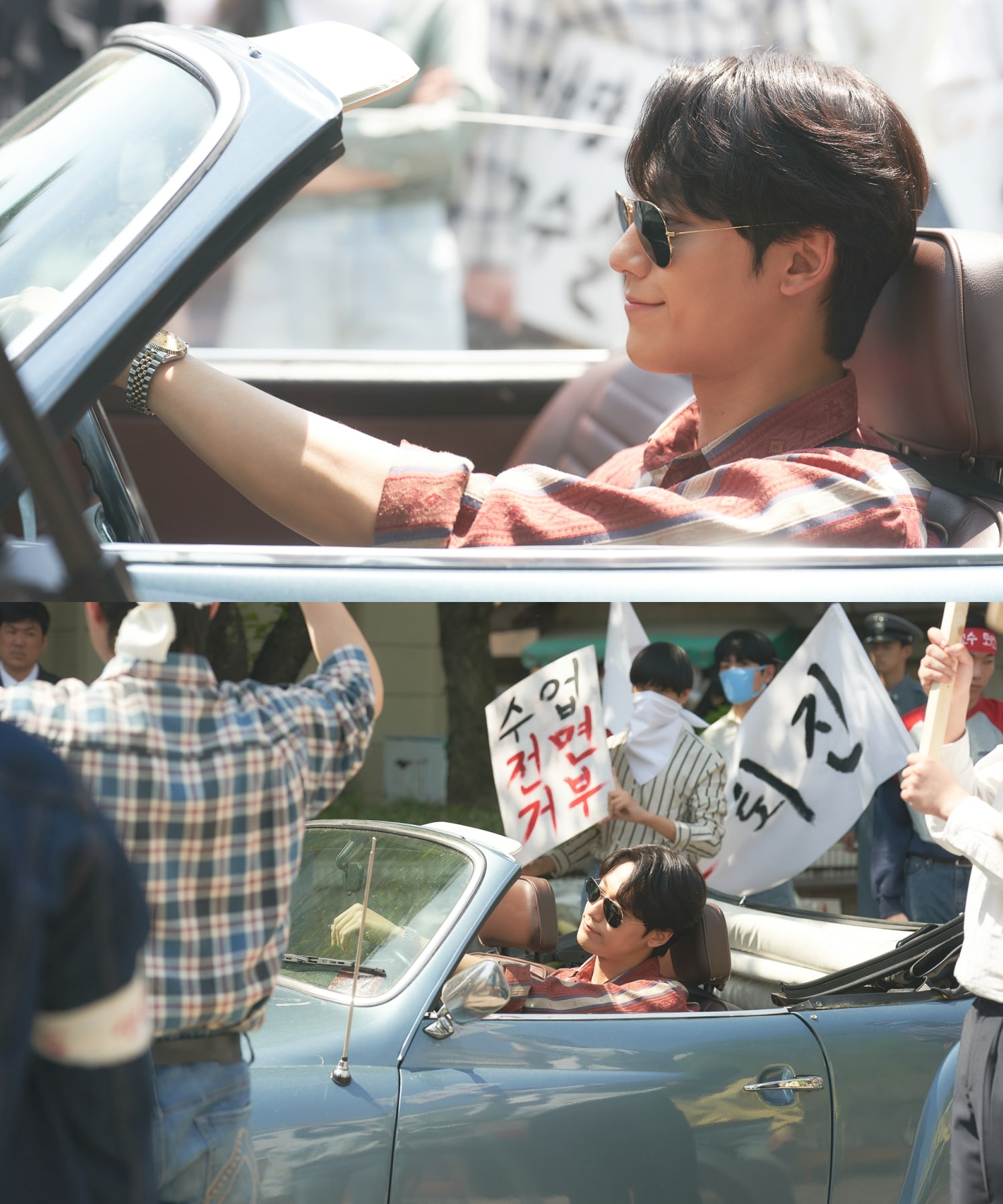 Lee Do Hyun commented, “Hee Tae appears to be carefree on the outside, but he is a character with bold courage and drive to break stereotypes and prejudices. It should be fun watching how Hee Tae changes completely depending on his relationships with the people he meets.”

While waiting, watch Lee Do Hyun in “18 Again“:

Lee Do Hyun
Youth of May
How does this article make you feel?