Jeon Hye Bin and Go Won Hee will lock horns in the next episode of “Revolutionary Sisters”!

Previously in the drama, the three Lee sisters opened their father Lee Chul Soo’s (Yoon Joo Sang‘s) mysterious trunk that had been tightly closed. When Han Dol Se (Lee Byung Joon) went into jail on behalf of Oh Bong Ja (Lee Bo Hee), who had been accused of killing the sisters’ mother, they started to suspect the relationship between Lee Chul Soo and Han Dol Se. Unable to just stand by, they unlocked the trunk with a hammer despite Oh Bong Ja’s dissuasion, and the episode ended with everyone staring at the content in shock. 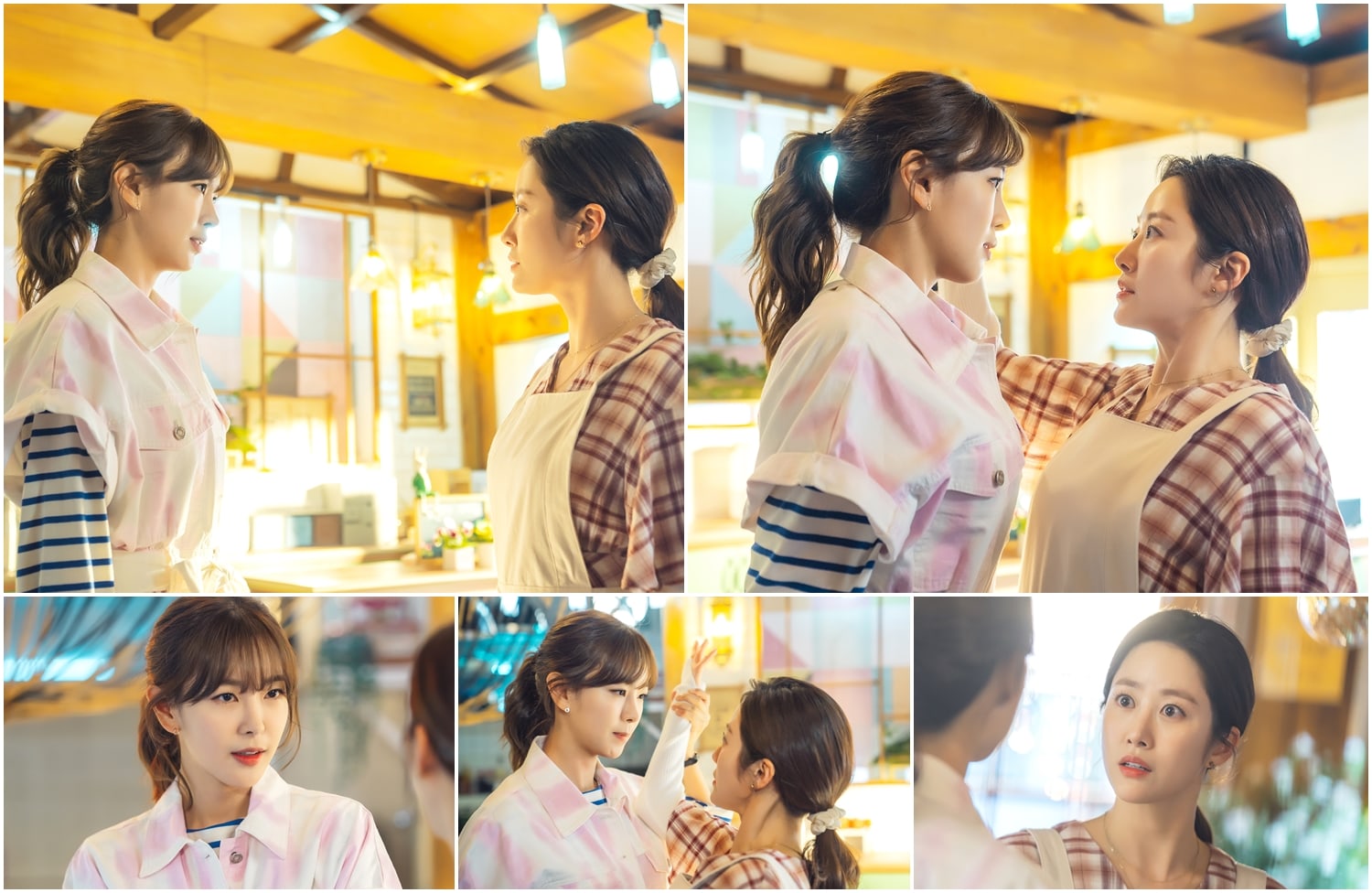 Before shooting this scene, Jeon Hye Bin and Go Won Hee, who are actually close like sisters in real life, reviewed their scripts and playfully rehearsed together. They were all smiles before filming, but once the camera turned on, they quickly immersed into their roles and sharply confronted each other. The two had to have good teamwork so that Go Won Hee could perfectly catch Jeon Hye Bin’s wrist on time, and they practiced repeatedly to film the perfect scene.

The production team praised the two actresses, saying, “Jeon Hye Bin and Go Won Hee are actresses who discuss their opinions for each scene, share deep thoughts, and do their best. Their extraordinary passion shines. Please look forward to this week’s broadcast to see why Lee Gwang Sik and Lee Gwang Tae, who have always been in agreement, will be at odds.”