“Doom At Your Service” Shares Sneak Peek At Relationships Between Characters

tvN’s upcoming drama “Doom at Your Service” has released a character relationship chart ahead of its premiere!

“Doom at Your Service” is a fantasy romance drama about a character named Myul Mang (Seo In Guk), who causes everything he touches to vanish, and a woman named Tak Dong Kyung (Park Bo Young), who puts her life on the line to avoid her fate.

The relationship chart puts Seo In Guk and Park Bo Young’s characters at the center. Instead of listing his age, like the other human characters, Seo In Guk’s character has a question mark next to the name “Myul Mang,” which literally means “doom” or “ruin” in Korean, hinting at a mysterious past. His relationship with the 28-year-old Tak Dong Kyung is described as “a contract with one’s life on the line.” Myul Mang has no other connections except with Jung Ji So’s character, described as a young female goddess with a question mark instead of her age.

Lee Soo Hyuk, Shin Do Hyun, and Kang Tae Oh’s characters have the most complex set of relationships in the drama. Lee Soo Hyuk plays Cha Joo Ik, Tak Dong Kyung’s co-worker at the editing office of a web novel publishing company called Life Story. She describes him as “that guy who is full of himself,” while he retorts with, “Kids these days…” Shin Do Hyun plays Na Ji Na, a web novelist at the company, and her relationship with Cha Joo Ik is described as “a contract with money on the line.” Na Ji Na is also close friends with Tak Dong Kyung. Kang Tae Oh plays Lee Hyun Kyu, a café owner. His relationship with Cha Joo Ik is described as “tutor-student at a private school,” while his relationship with Na Ji Na is described as “probably first love” on both sides. 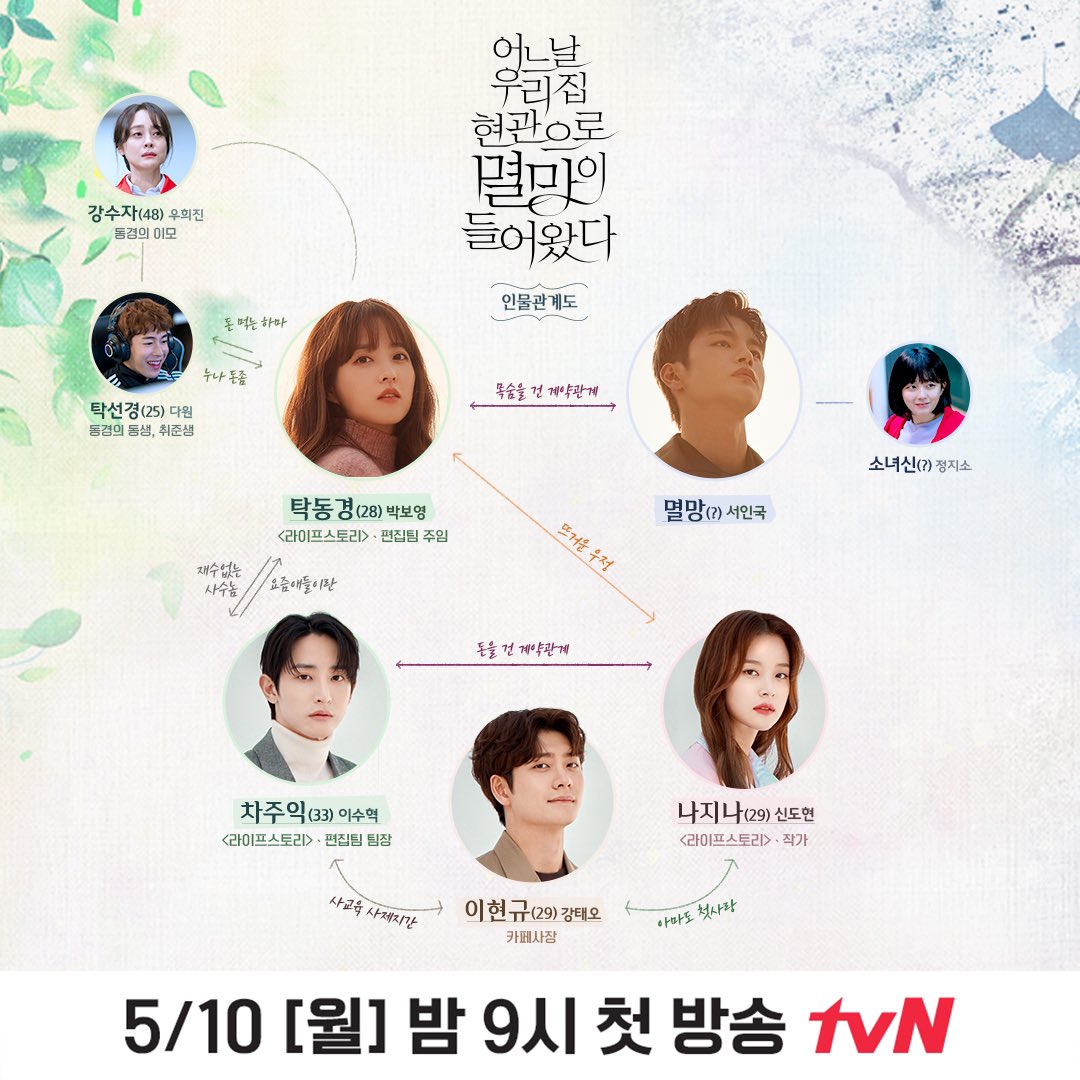 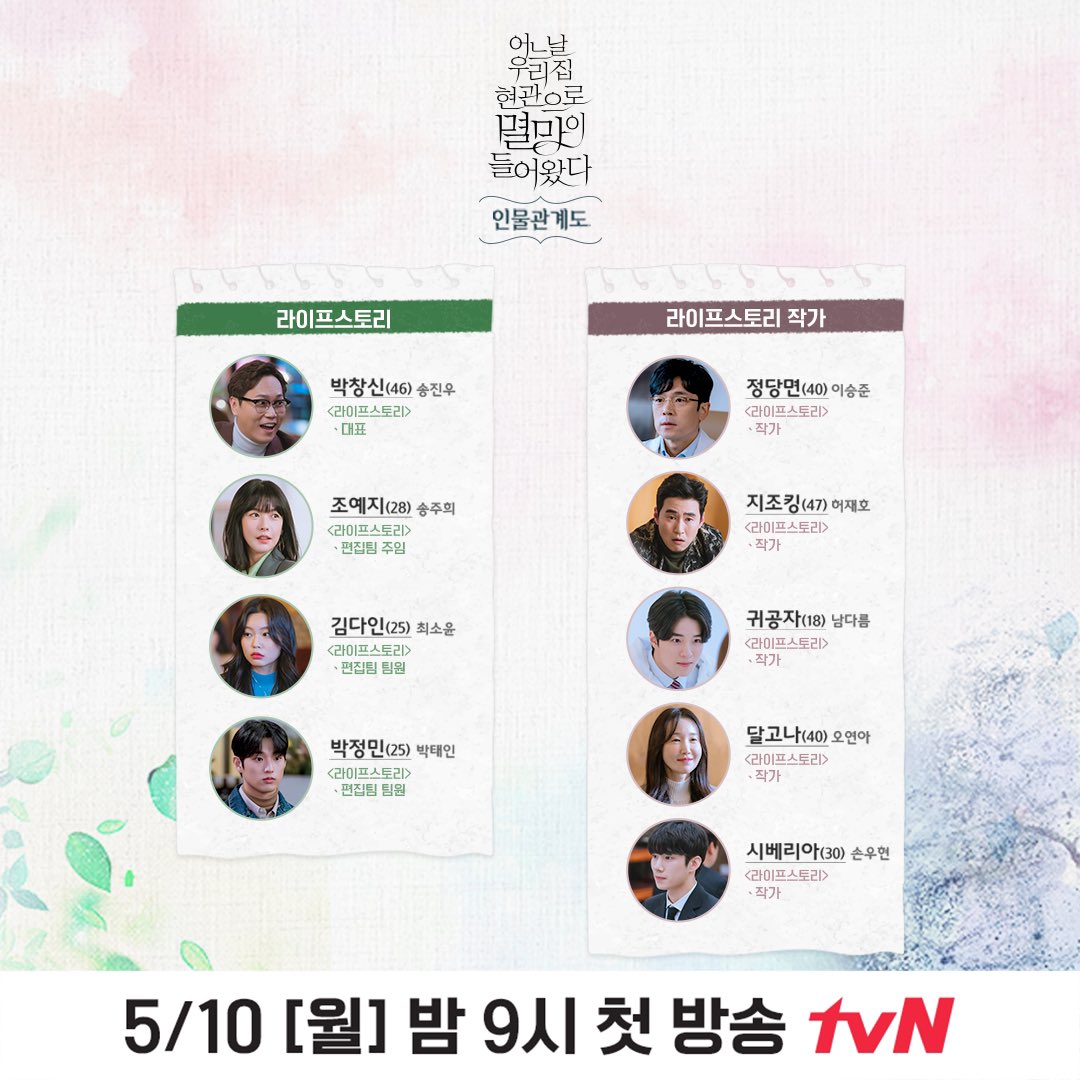 “Doom at Your Service” premieres on May 10 and will be available on Viki.