On the latest episode of the drama, Kim Do Gi learned the shocking truth behind U Data’s Strategic Planning Office, which had previously been shrouded in mystery. Although all of U Data’s employees aspired to transfer to the seemingly elite department, it turned out that the Strategic Planning Office was hiding a dark secret: it made its profits from uploading illegally filmed footage of ordinary people. The episode ended with a shocking revelation: U Data had posted illegally filmed footage of Ahn Go Eun’s (Pyo Ye Jin‘s) late sister before her death.

The new stills depict Kim Do Gi raiding the devil’s den where illegally filmed footage are produced. His eyes are cold with anger, and he exudes an unforgivable aura as he gets vengeance on behalf of all the victims. His gaze lands on Joo Jo Bin (Seo Han Gyeol), the one who uses women’s pure hearts to create the videos. Joo Jo Bin ends up bleeding on the floor, as if he has been senselessly beaten by Kim Do Gi. Kim Do Gi’s next target is Mr. Ahn (Lee Da Il), who records everything that happens in the company. Mr. Ahn is cowering on the floor as Kim Do Gi records him with a merciless smirk on his face. Viewers are looking forward to how Kim Do Gi will get revenge this time. 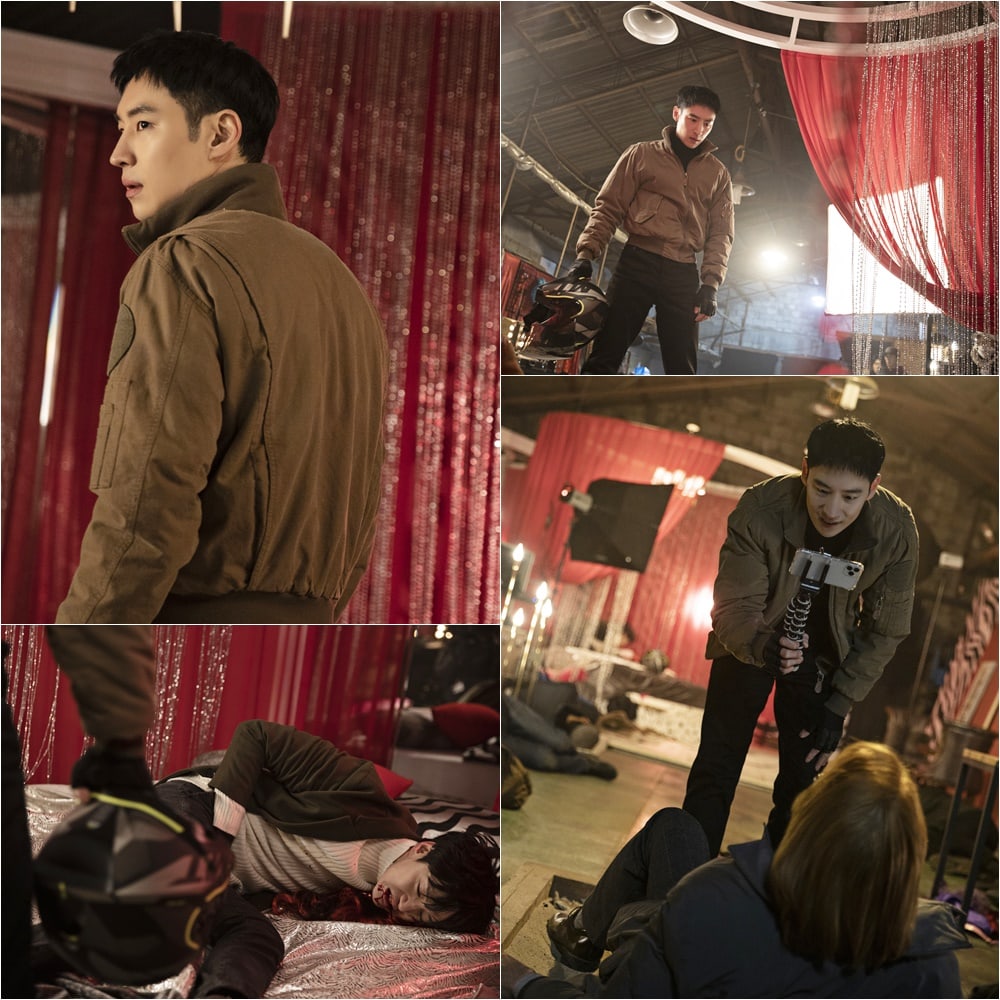