First Impressions: 5 Things That Were Perfect About Episodes 1 & 2 Of “So I Married The Anti-Fan”

The day has finally arrived. We really thought this day would never come. When it was first announced in 2018 that Choi Tae Joon and Sooyoung would be starring in this beloved adaptation of the novel/webtoon, which was also made into a movie, fans were thrilled. But after the release got delayed, we wondered if it would ever even make it to the small screen. Luckily for us, it did. And here we are three years later, watching the premiere. Curious to see what we thought of the first two episodes? Keep reading to find out!

1. How well Choi Tae Joon is pulling off the idol character 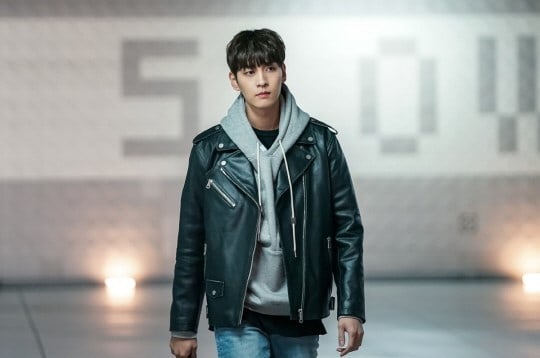 It feels like it’s been forever since Choi Tae Joon went to the army, so it’s nice that his drama premiered while he is still serving. He is a presence that we have missed in the K-drama world, and if you’re a fan of him, you understand his talent and charm. Choi Tae Joon first starred in “Piano” in 2001 as the younger version of Jo In Sung‘s character. As the drama was such a huge success, Choi Tae Joon naturally became a household name. Although he didn’t have a lot of momentum in terms of starring roles, people still kept tabs on him and supported his projects.

In “So I Married The Anti-Fan,” Choi Tae Joon stars as a celebrity and K-pop star by the name of Hoo Joon. In the first two episodes we see various layers of Hoo Joon. He’s not the superficial celebrity that we might be used to seeing in K-dramas, but he’s got emotional depth and some baggage. It seems that he has been hurt by a lot of people he has trusted and is finding it difficult to be happy as a result.

At first it seemed like it could be a bit awkward for Choi Tae Joon to be playing a K-pop idol. Although he has good friends in the K-pop sphere in real life (ie. Zico), he knows he’s not a dancer, so to pull off this role is quite a task on his part. But so far, it’s safe to say that he’s done due diligence, and it is not cringe-worthy yet. He’s actually a celebrity character that we don’t hate and can maybe relate to. I’m looking forward to seeing more of the emotional aspects of Hoo Joon in the coming episodes! 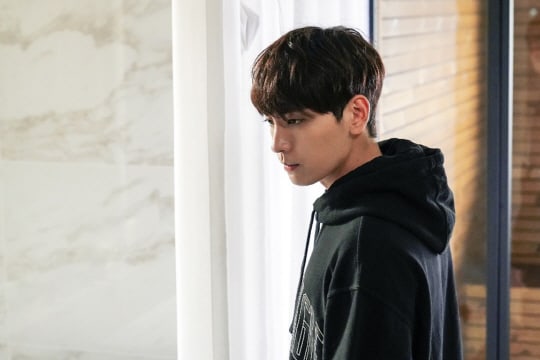 2. How perfectly sassy and beautiful Sooyoung is

Sooyoung has made her mark in the K-drama industry, and although “So I Married The Anti-Fan” comes before her recent hit projects such as “Tell Me What You Saw” and “Run-On,” she still has that spark and experience that naturally exude from her acting. 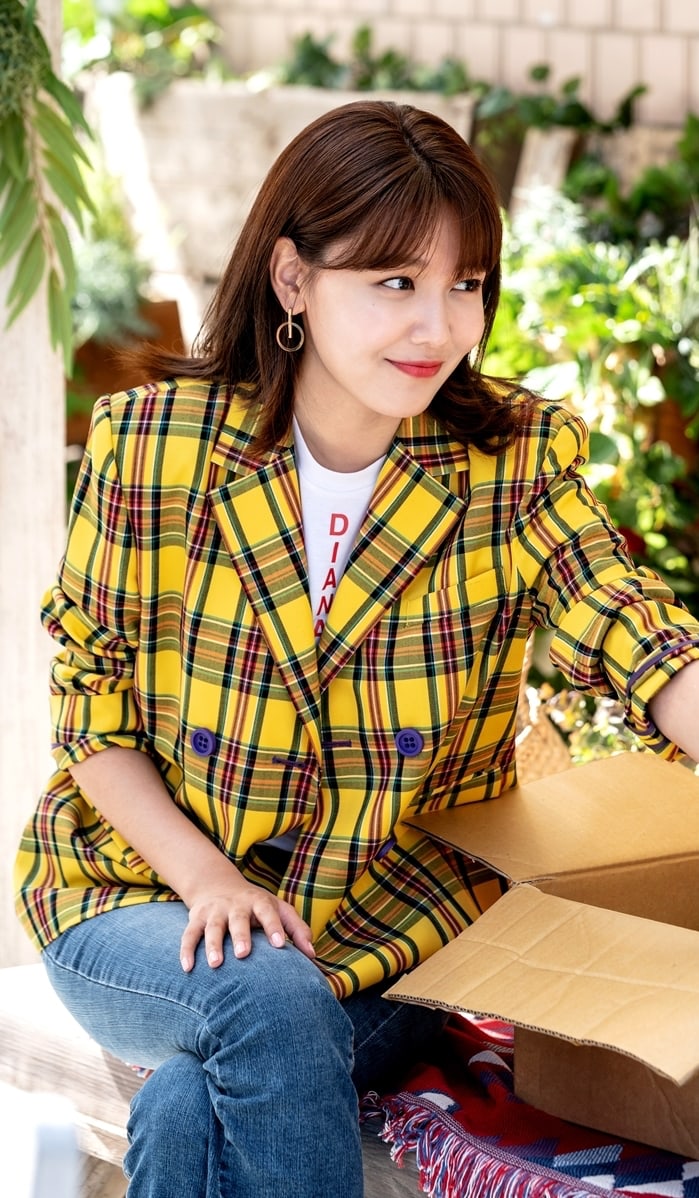 In “So I Married The Anti-Fan,” Sooyoung plays Lee Geun Young, a journalist who gets fired as a result of jeopardizing Hoo Joon’s reputation. She’s at a loss in many aspects of her life. She’s stressed, can’t find another job, is poor, and doesn’t have the best support system – possibly a character a lot of us can relate to. Despite these negative things going on in her life, there is a lot of humor in the way she approaches her problems. She protests to get justice for the wrong that Hoo Joon has done to her, and she doesn’t let getting fired really put her in a rut. She’s just determined to bring Hoo Joon down, which is pretty funny and cute at the same time.

It’s been enjoyable seeing Sooyoung in this drama so far, and it’s safe to say that she’s owning the role. Sooyoung has only proven that she can be very versatile as an actress, and it’ll be fun seeing her character develop as the series continues.

3. How unbelievably predictable but perfect the storyline is

I can’t be the only one who thinks the synopsis of an anti-fan having to live with a celebrity on a reality show is a recipe for a beautiful romance. It does sound cheesy, but it also sounds SO good, doesn’t it? 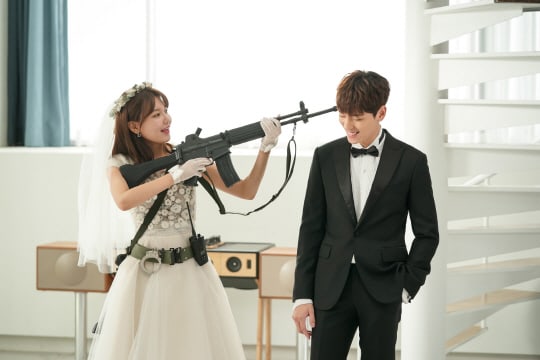 It’s got all the rom-com elements that make a drama good. It feels like it’s been awhile since there’s been such a deliciously cheesy drama like this one, and it’s pretty perfect. For those of you who are in some dire need of something light and fluffy in the midst of all the thriller and crime dramas out there right now, this one is the answer. The slow motion head turns, upbeat background music, the exaggerated falls from the female lead and the main lead catching her – it’s got it all and is a recipe for success. This one will be an enjoyable watch through and through.

4. How beautiful and charming the supporting cast is

The supporting cast for this series is worth getting excited about. First, we have Chansung. He plays the antagonist who goes by the name of JJ. He has some issues with Hoo Joon and the drama seems to hint at a love triangle between them and Sooyoung’s character, but we will have to find out! 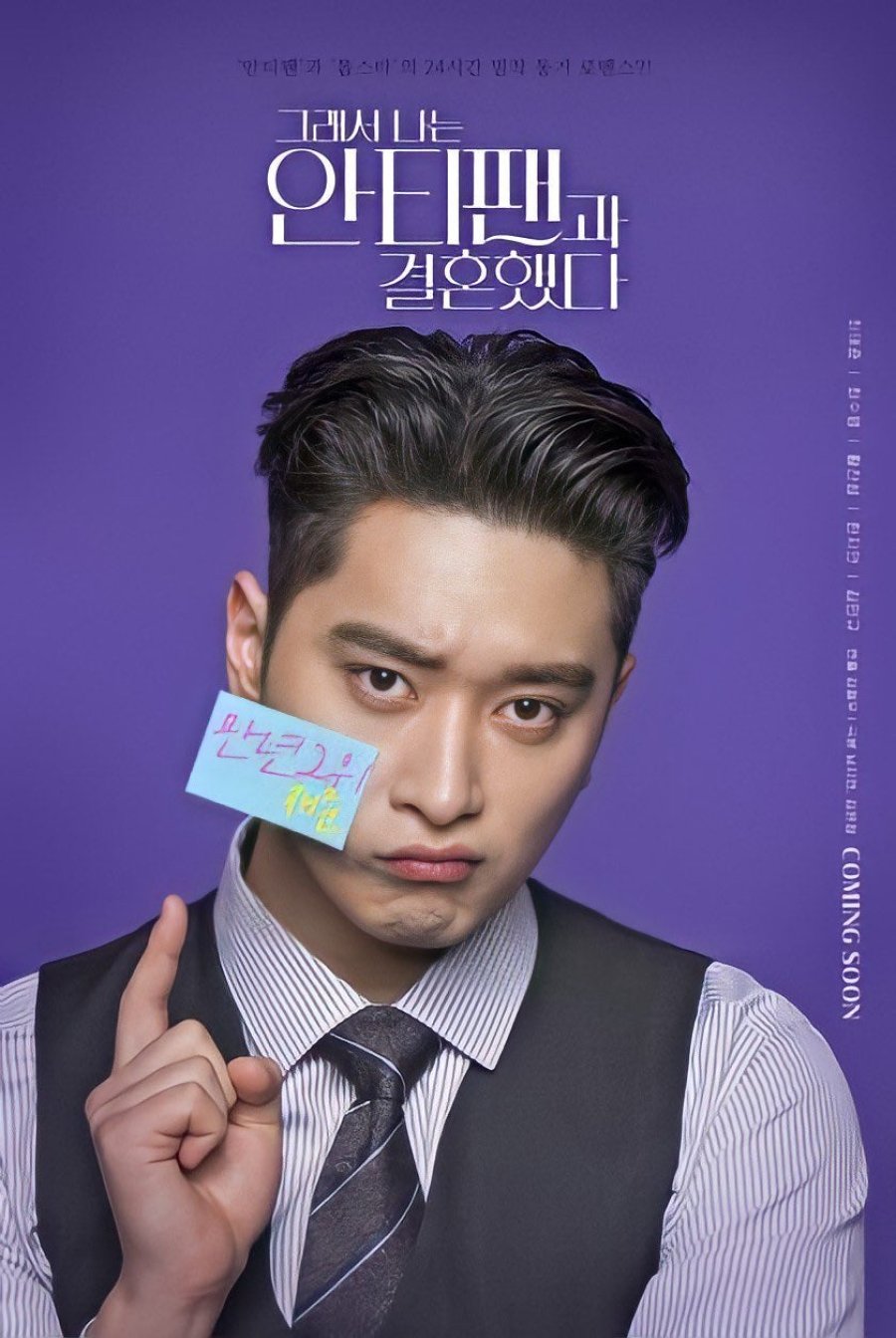 Next, there is Kim Min Kyu. Although he has only appeared a little bit in the series, he plays the dedicated and loyal co-worker and friend of Geun Young. His smile and charm always lights up the screen, so it’s a pleasure being able to see him in this role even though it’s a small one. 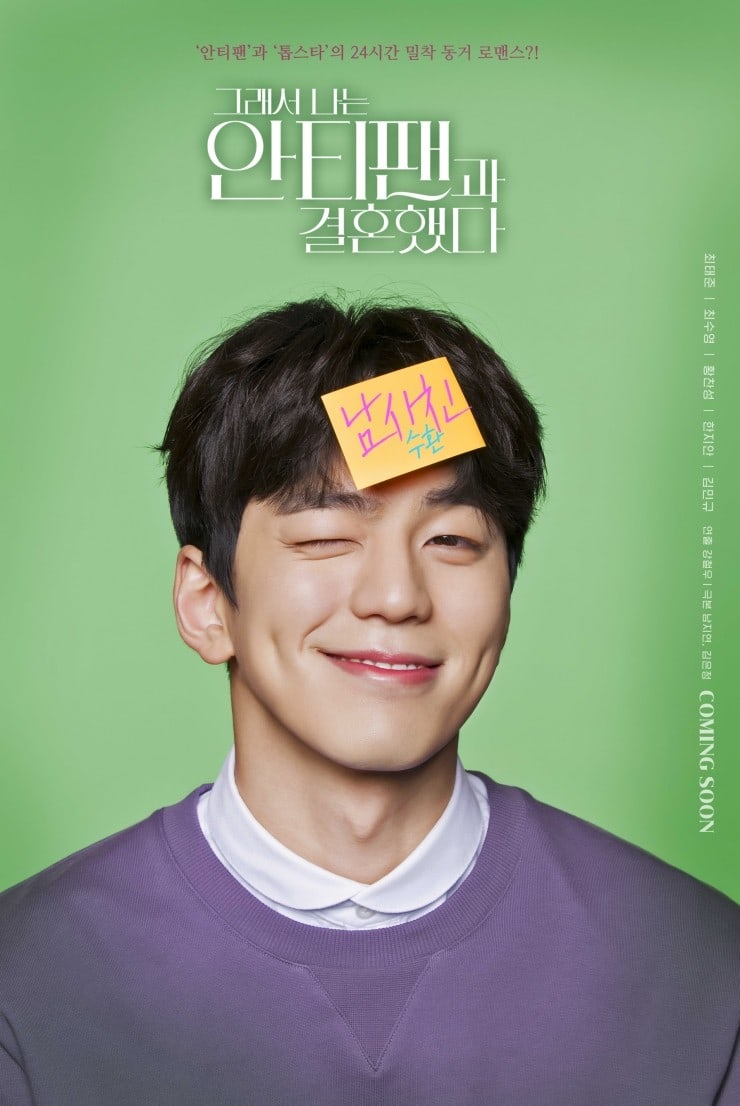 We can’t forget our beautiful and adorable second female lead Ha Ji An. You might recognize her from her role in “That Sun In The Sky” or in the movie “The Vanished.” Her role as Oh In Hyung in this particular drama will bring out the jealousy and competition when it comes to the female lead. 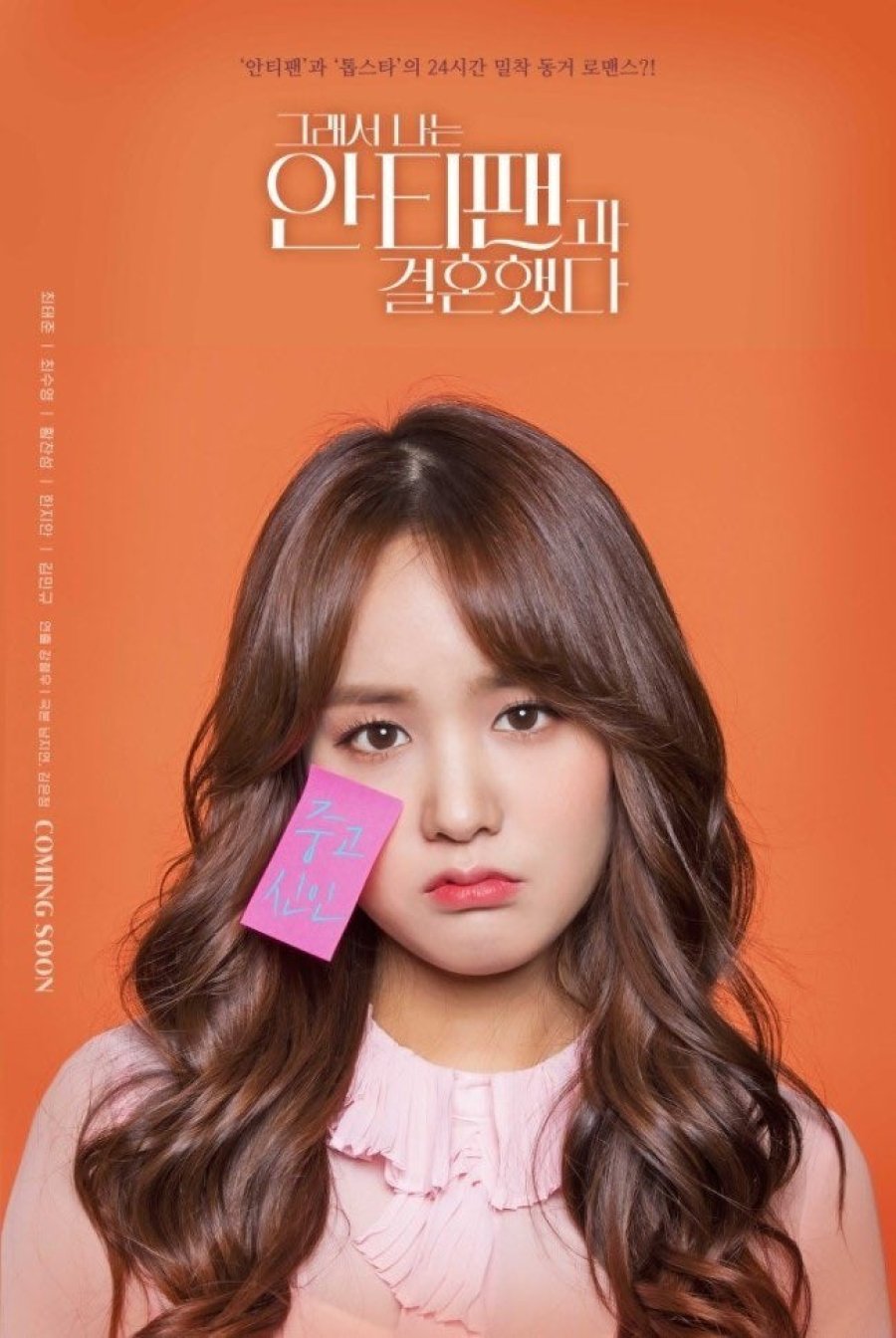 There is also Han Jae Won played by Dong Hyun Bae (BIGBANG member Taeyang’s older brother). His character is sweet and nice, and seems to be a middle man for Hoo Joon and Geun Young, it’s so obviously a very important role!

5. How good Sooyoung and Choi Tae Joon actually look together 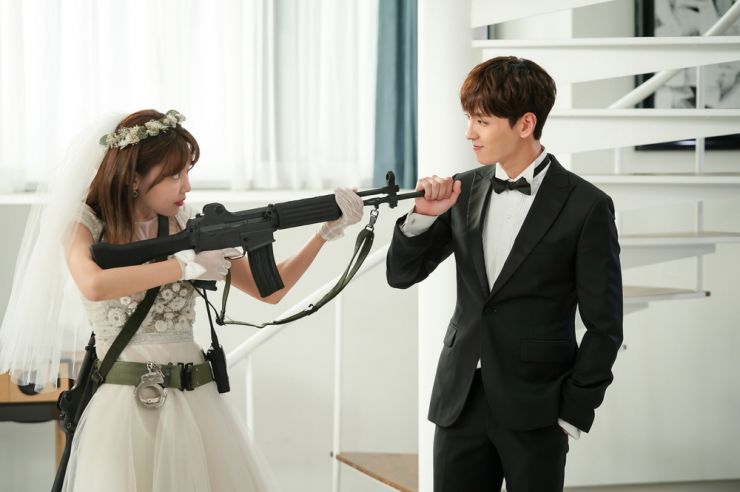 When it was announced that the two would be starring in this drama together, I wasn’t sure if the they would have chemistry or if they would even mesh well together, but after watching the first two episodes, it’s clear that the two are pretty cute together!

We’re already getting the tingly sensations of these two turning their hate for each other into something very romantic and beautiful. As a result of their great acting and experience, these two seem like they’d be a pretty good duo until the end. They’ve got me intrigued and excited; can’t wait to watch the next episodes!

Watch (or re-watch) the first episode of this fun-filled series:

Hey Soompiers, what did you think of the premiere episodes of “So I Married The Anti-Fan”? Let me know in the comments below!