In the seventh episode, Kim Do Gi attempted to get rid of all the illegal videos on U Data’s database but was unsuccessful. He realized the main server was not in the company and tried to hunt it down. The next episode will focus on Rainbow Taxi’s struggles to pull out the root of U Data’s company and get revenge against the people behind the heinous deeds.

In the new stills, Kim Do Gi is in engaged in a bloody fight against a large group of enemies. He seems to be in a dark, mysterious basement, and despite the fact that he is covered in blood and struggling to breathe, his eyes are resolute. On the other hand, Park Yang Jin (Baek Hyun Jin), the chairman of U Data, is fleeing in a hurry with the help of his right-hand man Mr. Jung (Jo Ha Suk). 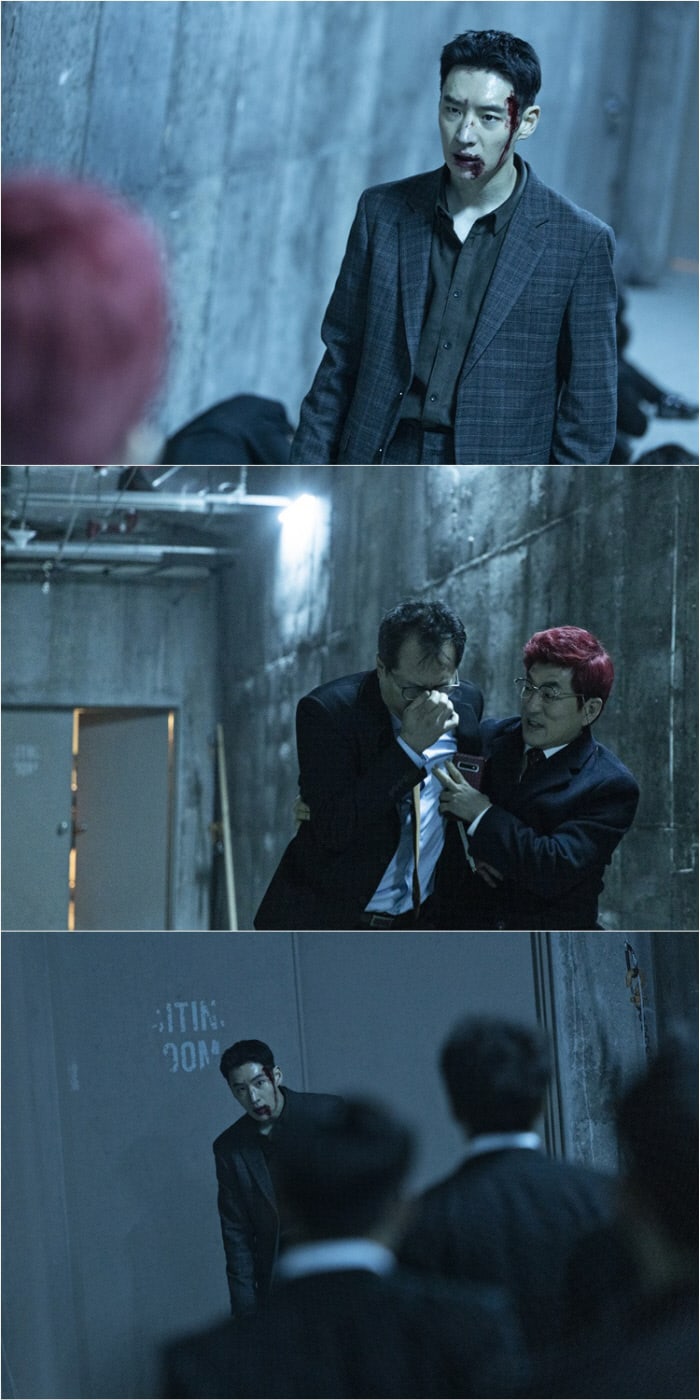 The drama’s production crew hinted, “In episode 8, Kim Do Gi will get refreshing revenge against U Data and Park Yang Jin, the center of all kinds of crimes, including the distribution of illegal videos and abuse of power. Please look forward to it.”