The tvN drama stars Song Joong Ki as Vincenzo Cassano, an Italian lawyer and Mafia consigliere who is of Korean descent, but was adopted by an Italian family at a young age. When he moves back to Korea due to a conflict within his organization, he winds up crossing paths with sharp-tongued lawyer Hong Cha Young (Jeon Yeo Been). Together, they join forces in using villainous methods to take down villains who cannot be punished by the court of law.

Vincenzo began a merciless revenge against the villains who killed his mother and played a dangerous chess game with Jang Joon Woo (2PM’s Taecyeon). He started a join operation with Hong Cha Young and the residents of the Geumga Plaza in order to crush Babel, and in the end, Jang Joon Woo went to prison voluntarily to avoid danger. However, this was all Vincenzo’s big picture, and it will be thrilling to see how he will finish off Jang Joon Woo once and for all.

On May 1, the drama unveiled new stills of the final trial. Hong Cha Young’s eyes are confident and determined as the lawyer of the plaintiff’s side, and Choi Myung Hee’s (Kim Yeo Jin’s) eyes are venomous as she stares sharply at someone. Vincenzo is sitting in the witness seat, and the rest of the Geumga Plaza members are in the audience. Jang Han Seo (Kwak Dong Yeon) naturally blends in with Vincenzo and the Geumga Plaza residents, and it will be heartwarming to see all of them stand together against the villains. 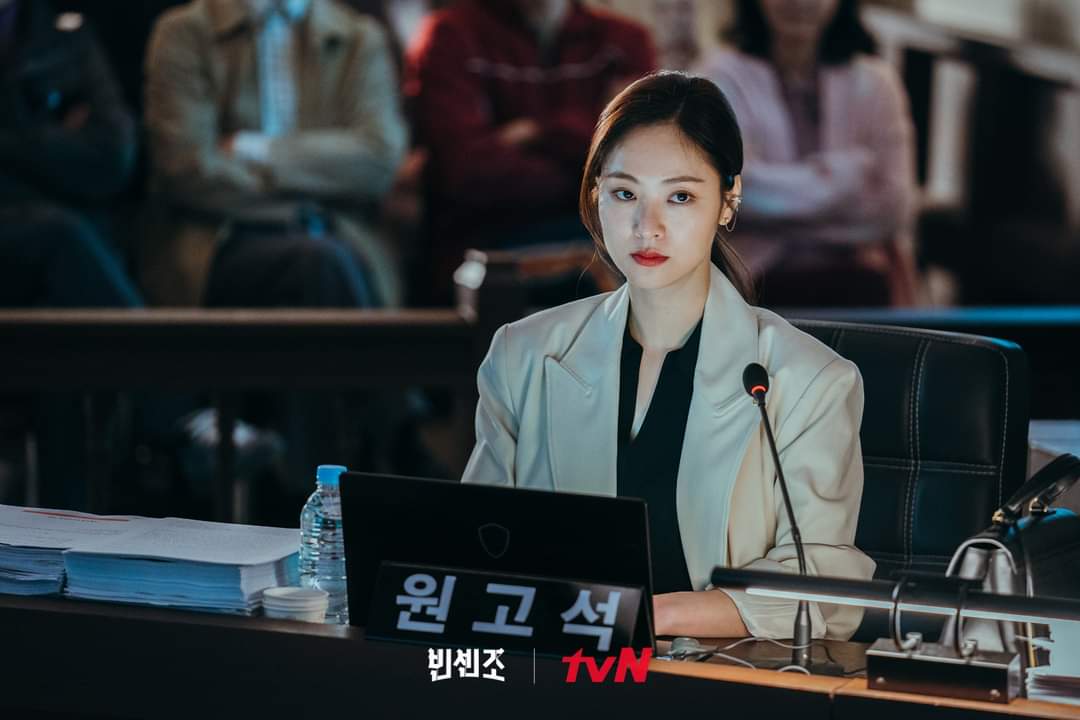 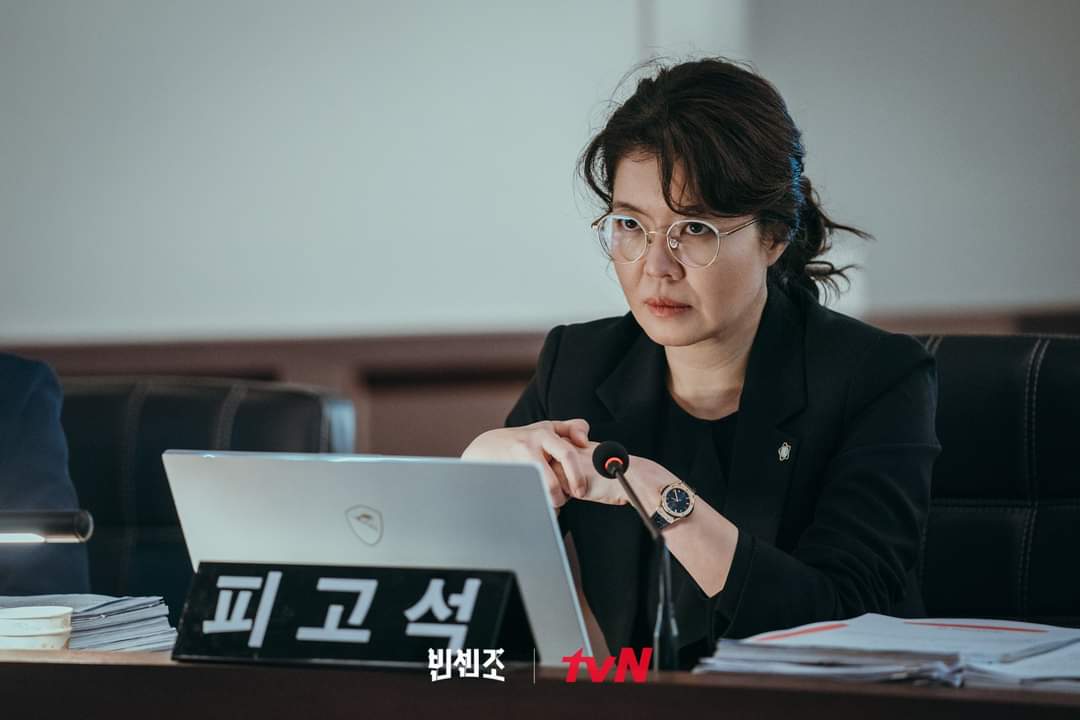 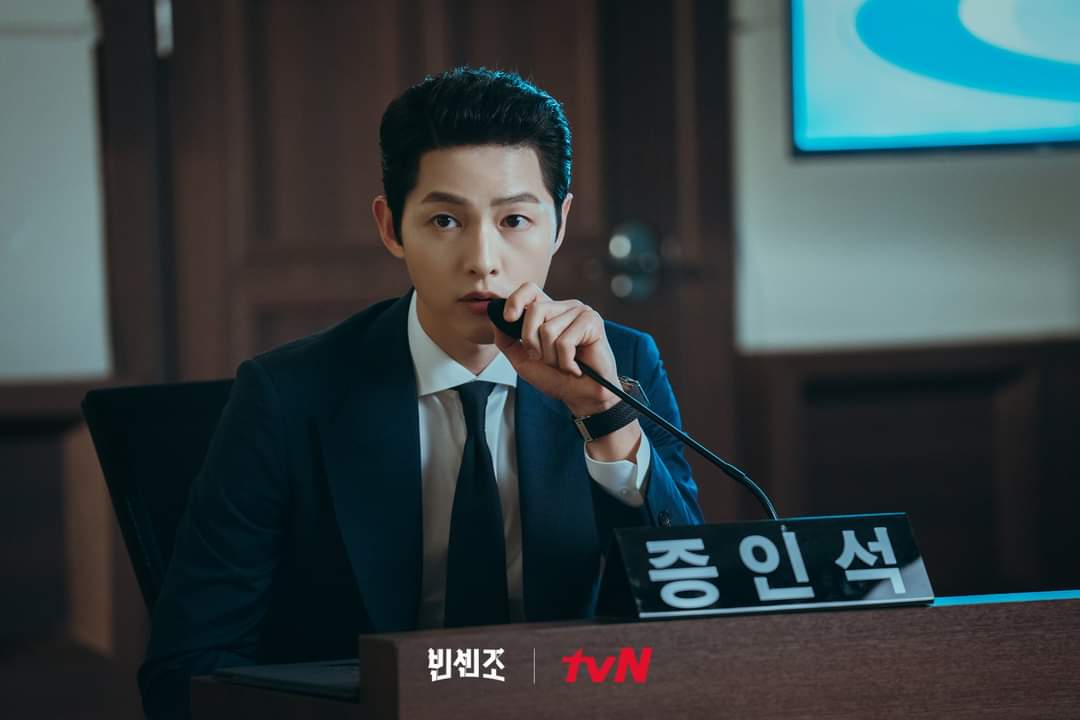 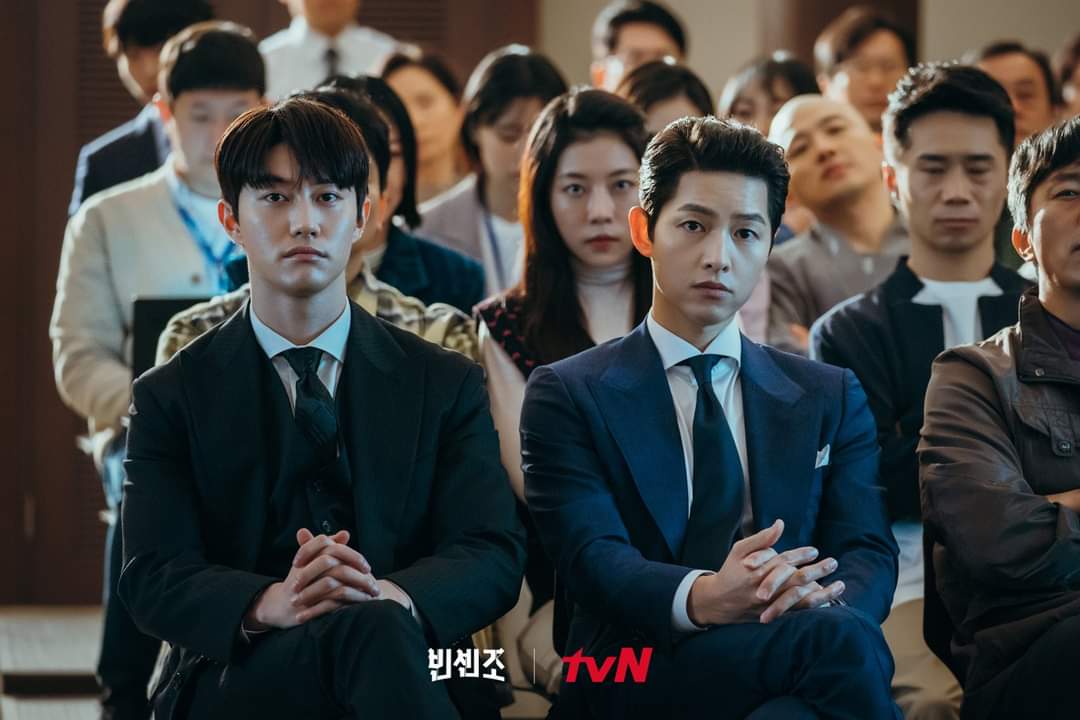 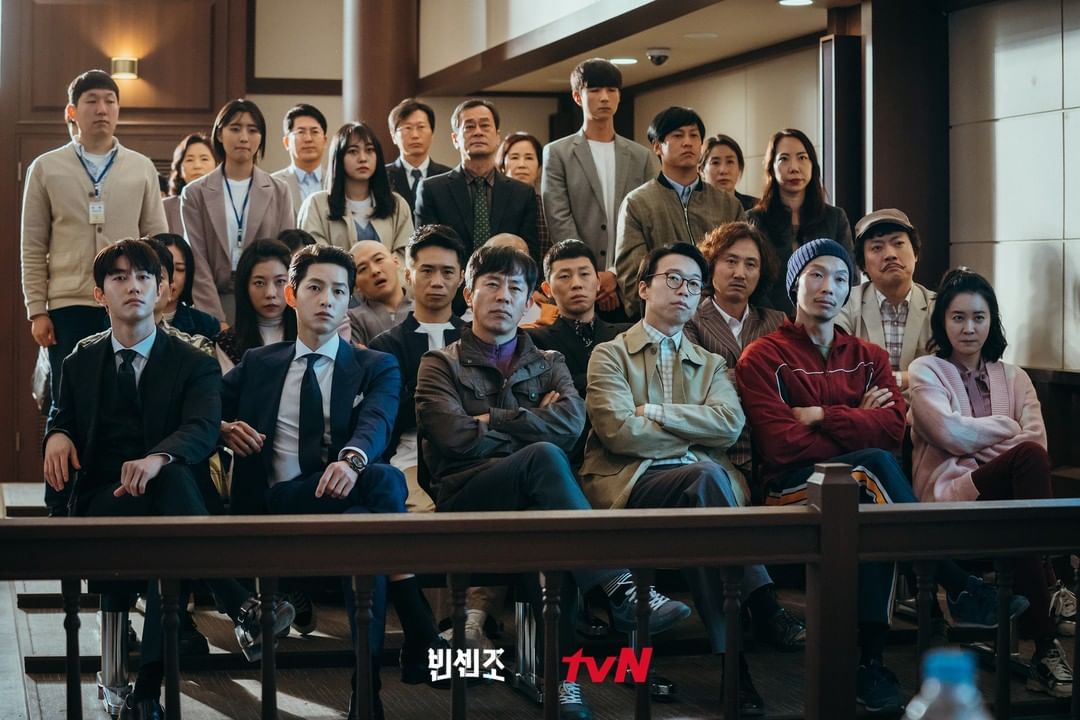