NU’EST’s Baekho Reveals How He Relieves Stress, What He Likes Most About Himself, And More

NU’EST’s Baekho recently took part in a pictorial and interview for Arena magazine!

In the interview, Baekho expressed his excitement to take pictures in a convertible, saying it was the first time he had experienced anything like it at a photo shoot. Sharing his love of driving, he said, “My mood lifts when I take the wheel. The fact that I can use my hands and feet to go where I want at my own pace is so simple yet so fun.”

Baekho also spoke about the old car he owns, describing its angular shape and round headlights. “I feel drawn to old cars,” he said. “After you fix them up they’re good enough to ride around in. Since I like the color black, I switched out the car’s wooden interior to black suede, and I made the ceiling and floor black too. When I hear a sound, I can more or less know that something is broken.”

When asked where he liked to drive, Baekho responded, “Dawn, when the traffic lights are off. I like empty roads. When I hit a roadblock while composing, I’ll go to Incheon or Gangwon Province to get some fresh air.” 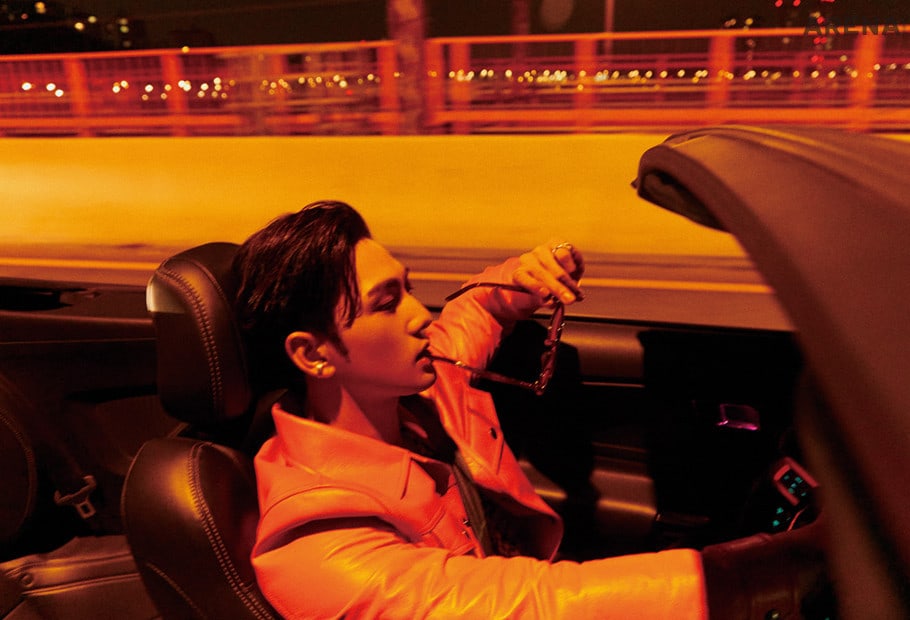 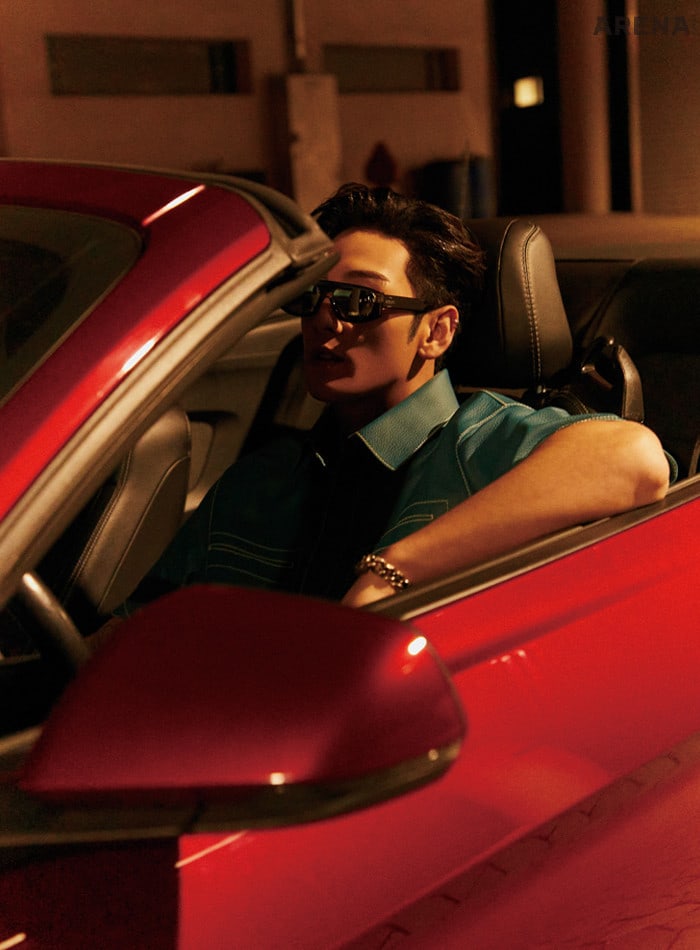 NU’EST released their second full-length album “Romanticize” last month. About the album’s theme, Baekho said that it expresses what each of the members romanticize. As for Baekho, he shared that he likes to romanticize daily life. “Eating delicious food is romance, and a day like today is romance,” he said. “I like doing photo shoots. I also like putting gas in the car. I feel more confident.”

Baekho mentioned that he included in the album the ecstatic feeling he gets when he creates something. “Whenever I make something, it’s enjoyable and I feel good, but it’s also kind of a painful and profound feeling,” he revealed. “I chuckle when I make something ridiculous, but then I think, ‘This isn’t it,’ and delete everything. I romanticize that complexity.”

Many of the songs Baekho has made, including “Shooting Star,” “Polaris,” and “Gravity & Moon,” reference the night or the stars. Expressing his affinity for the night, Baekho commented, “It’s quite nice to look at the sky full of stars. Your surroundings have to be completely dark in order to see them well. I enjoy desolate places like that. In those places, my head is empty. Sometimes I head over to see the ocean at night.” 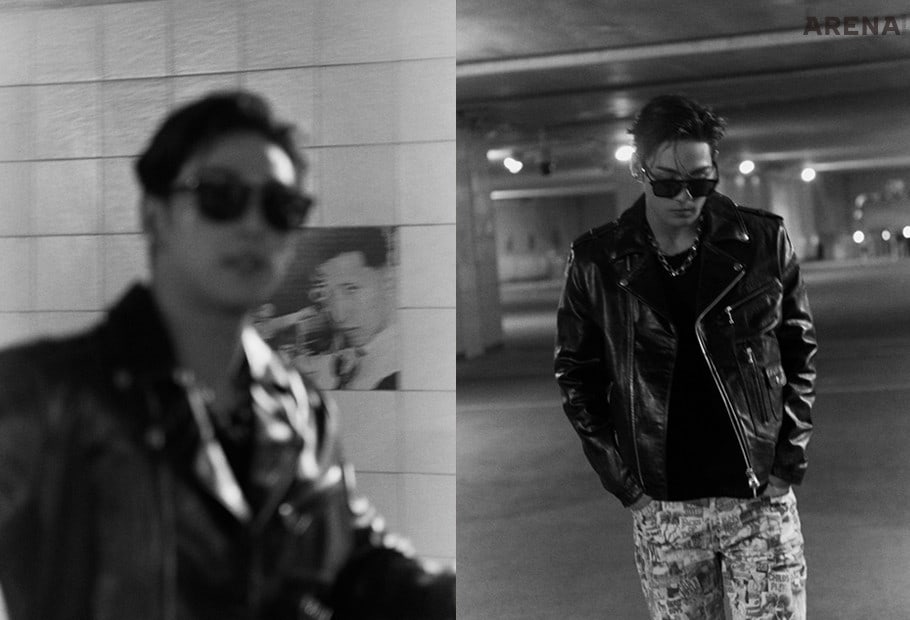 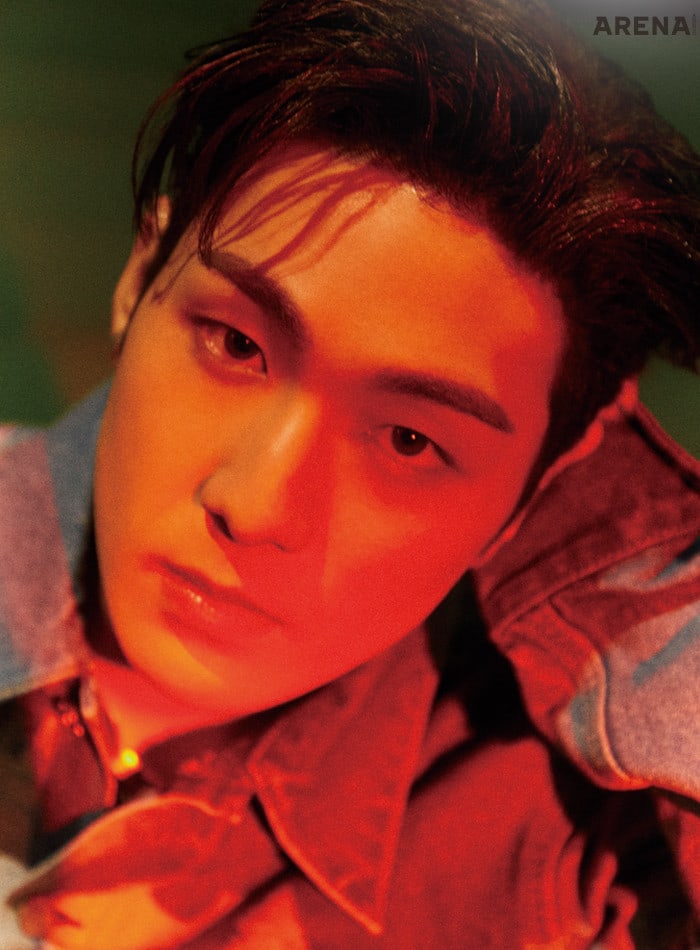 Baekho gave credit to L.O.Λ.E (NU’EST’s official fan club name) for helping him discover sides of himself that he didn’t previously realize. “I find it amazing and I’m so thankful when L.O.Λ.E discover small details about myself that I didn’t even think of,” he said. “So even if I don’t dwell on things, I can’t be idle.”

In response to what he liked most about himself, Baekho answered, “My vocal color. When I’m making a song and I want to add some embellishment or need a powerful high note, I often make use of my voice.”

Baekho also spoke about his hobby of freediving. After revealing that he can now hold his breath for close to three minutes, he shared more about why he enjoys the sport. “When you go freediving, it’s very silent. Since I’m not breathing, it’s a time where I don’t even hear my own breath. Sometimes I need time like that, where I don’t have any thoughts. Should I call it meditation? When I empty everything out I feel at ease.” 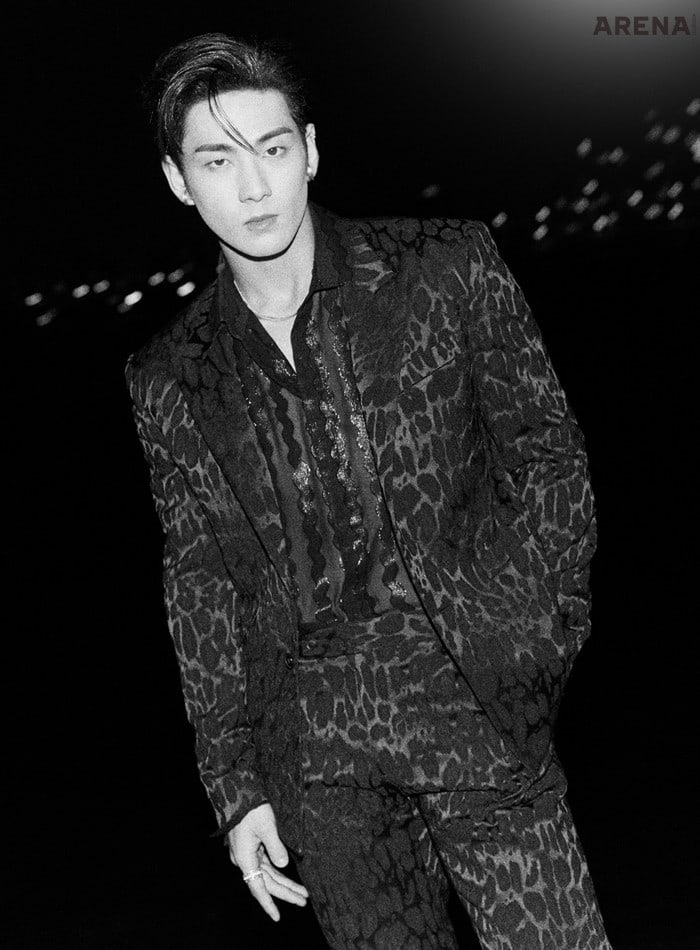 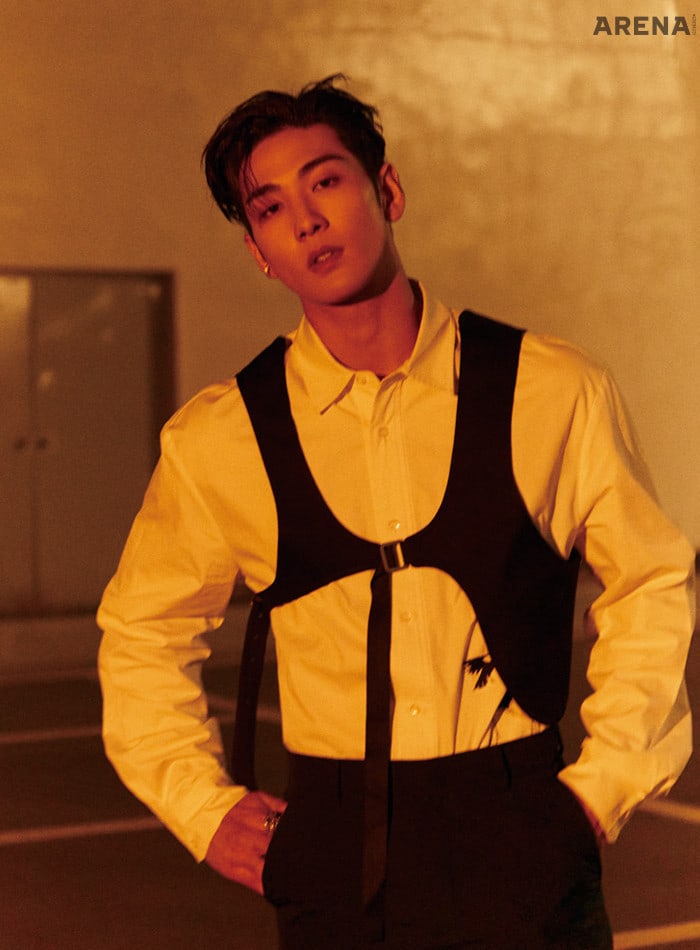 In his 10th year since debut, Baekho said that nothing much has changed. “I have more freedom in that my opinions are more reflected, but I also realized that things I thought I would take for granted ended up not being taken that way,” he revealed. “For example, the love that L.O.Λ.E give us isn’t absolute. The longer I work, that love feels even newer and I accept it even more gratefully.”

When asked what it’s like to meet artists who debuted after NU’EST, Baekho replied with a laugh, “First of all, there aren’t any junior artists who talk to me often.” He continued, “I’m close with the guys from SEVENTEEN since we see each other every day, but I don’t try to make it into a senior-junior relationship. I have to do well myself first.”

To wrap up the interview, Baekho was asked what he believed in. He succinctly replied, “Time. Many things change based on how you spend your time. Of course you might feel pressed for time, or you might feel like time is betraying you, but in the end I think it’s most important to not spend your time in vain.” 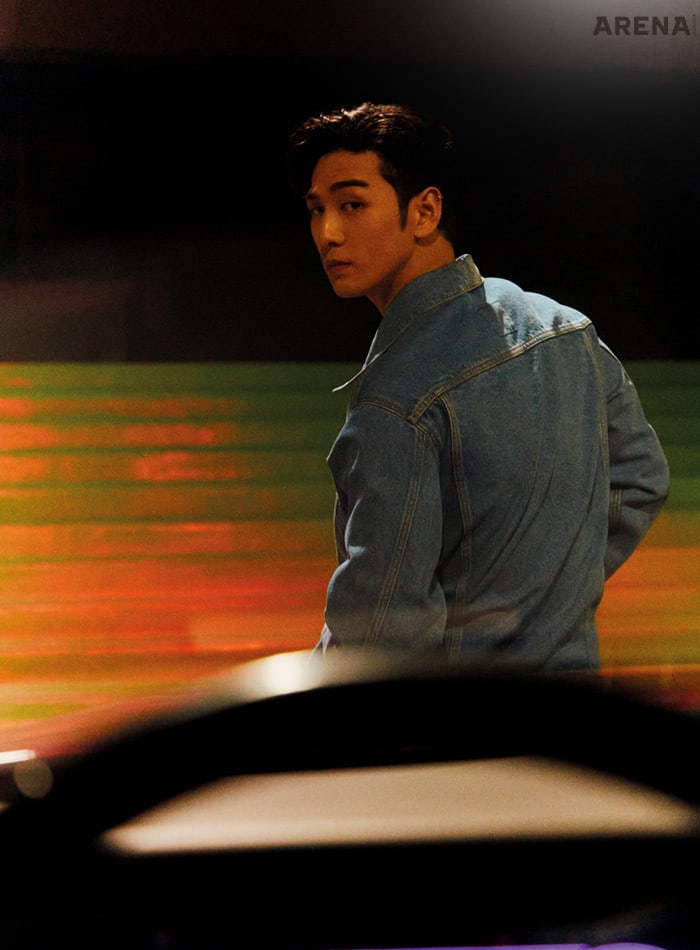 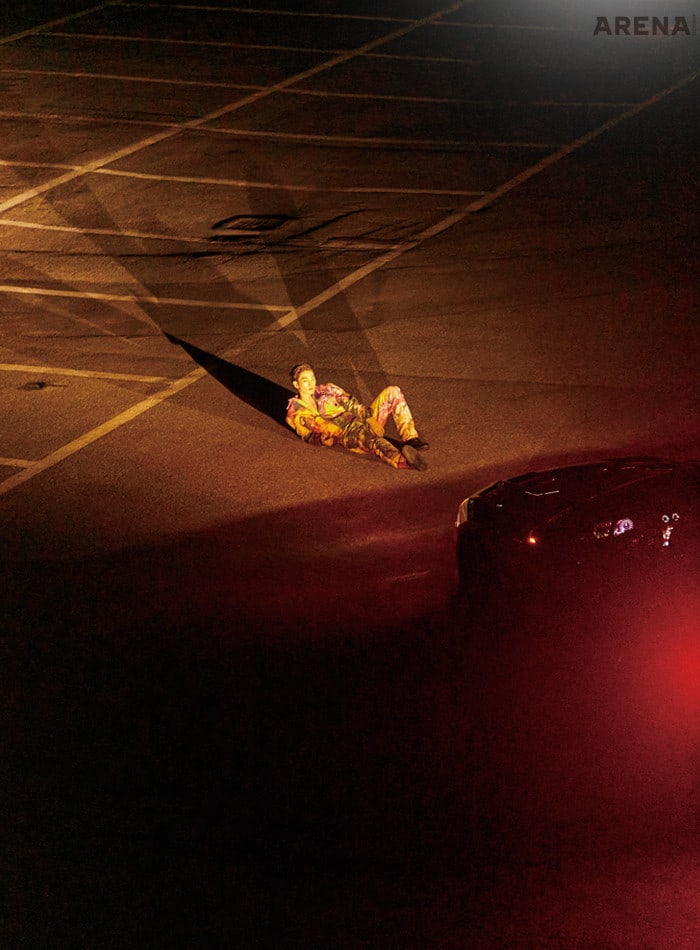 NU'EST
Baekho
Arena
How does this article make you feel?