There’s only one suspenseful episode left in tvN’s “Vincenzo”!

The drama stars Song Joong Ki as Vincenzo Cassano, an Italian lawyer and Mafia consigliere who is of Korean descent, but was adopted by an Italian family at a young age. When he moves back to Korea due to a conflict within his organization, he winds up crossing paths with sharp-tongued lawyer Hong Cha Young (Jeon Yeo Bin). Together, they join forces in using villainous methods to take down villains who cannot be punished by the court of law.

Previously, Babel Tower, which had come to symbolize the villainous cartel, fell. Enraged, Jang Jun Woo (2PM’s Taecyeon) carried out his final attack on Vincenzo by secretly getting out of prison with the help of Choi Myung Hee (Kim Yeo Jin) and kidnapping Hong Cha Young and Jang Han Seo (Kwak Dong Yeon) to lure him in. He then ordered Jang Han Seo to kill Vincenzo while he was on his knees, stuck in a precarious situation as Jang Jun Woo held a gun to Hong Cha Young’s head.

However, Jang Han Seo began to attack Jang Jun Woo instead. While the two brothers were fighting, Vincenzo took the chance to free Hong Cha Young and attempt to escape. When Jang Jun Woo fired his gun at Vincenzo, a shocking plot twist occurred. Hong Cha Young, who threw herself in front of Vincenzo to shield him, ended up getting hit by the bullet. As he held the fallen Hong Cha Young in his arms, Vincenzo’s eyes burned with fury.

The battle between the anti-heroes and the villains is finally approaching its conclusion. Viewers are especially curious to find out whether or not Hong Cha Young will get back up again, as well as how Vincenzo and Jang Han Seo will get out of their perilous situation.

In the newly released stills, Vincenzo’s face carries the cold and cruel persona of a seasoned Mafia member. Vincenzo had already warned Jang Jun Woo that he would end up dead, but now that he has laid hands on Hong Cha Young it remains to be seen how Vincenzo is going to make him pay. 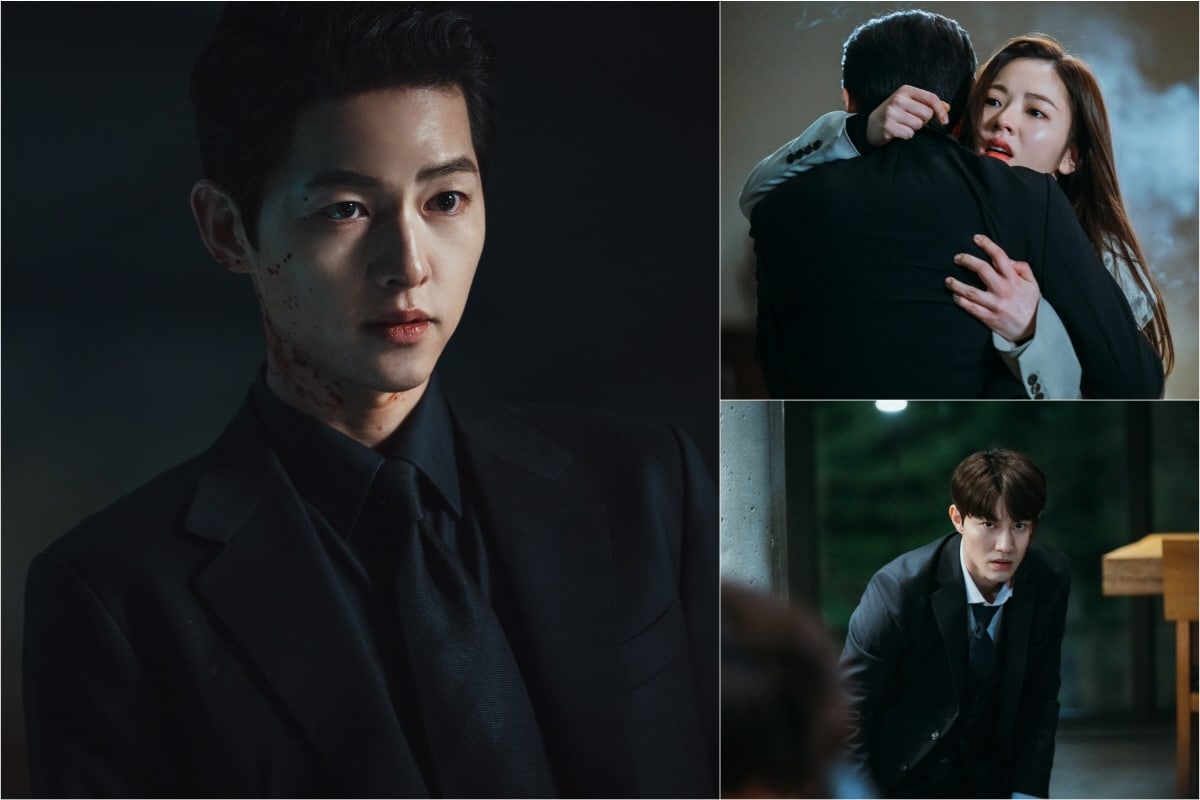 However, it appears Jang Jun Woo is going to carry on with his onslaught until the end, as one foreboding still shows him trading something with a mysterious man in an alleyway. Jang Jun Woo has become an unstoppable monster who is out to take Vincenzo’s life. What kind of end awaits Jang Jun Woo, who has shown the very limits of evil, remains unpredictable. 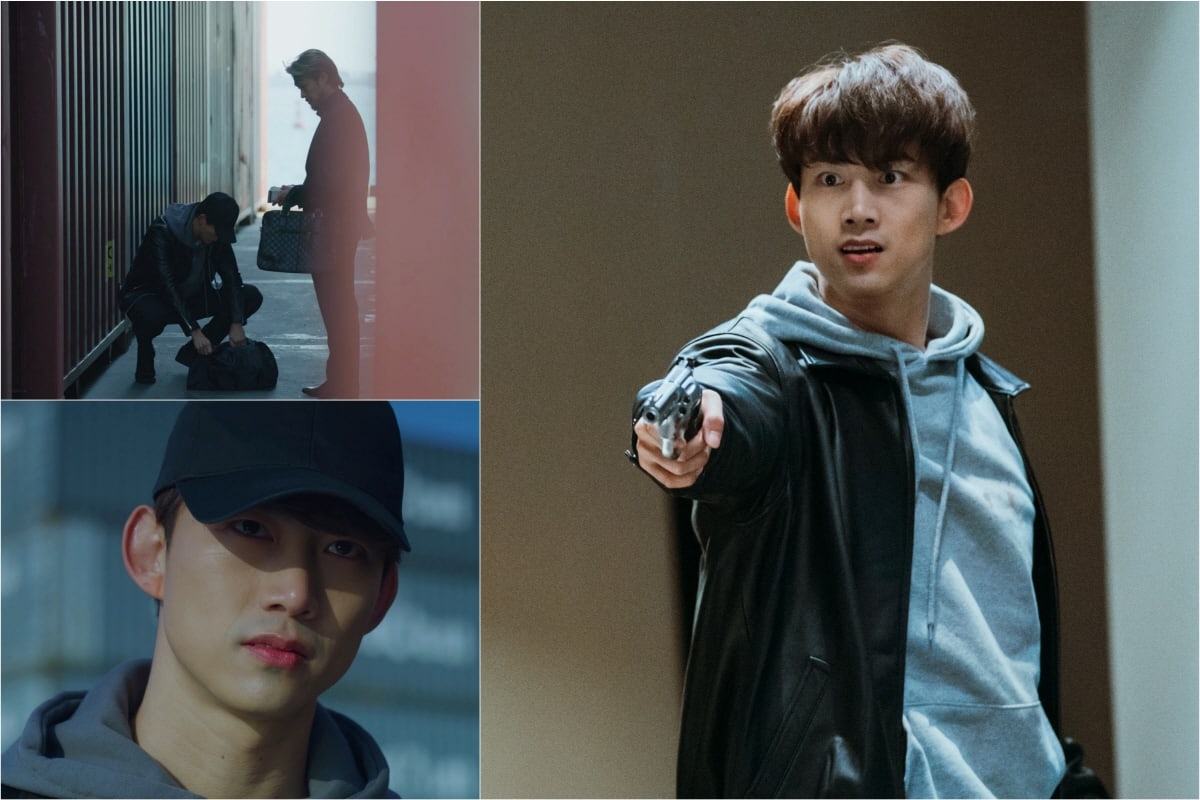 The ultimate showdown between Vincenzo and Jang Jun Woo will bring the final episode to completion. Between the Geumga Plaza tenants who remain by Vincenzo’s side, Hong Cha Young and Jang Han Seo’s risky situation, Choi Myung Hee’s decision to bring Jang Jun Woo back to the outside world again, and Han Seung Hyuk (Jo Han Chul) who lost all of his cards to the anti-heroes, anticipation is mounting over the unpredictable fates of the characters.

The drama’s production team commented, “The events that will unfold will keep you on the edge of your seat until the end. The final ending to the intense battle will be one most befitting of ‘Vincenzo.’ Keep an eye out for Vincenzo, who intended to bring judgement upon the villains and then make his departure, and what decision he will make at the end, as well as how Geumga Plaza will be meaningful for everyone.”