Tension is rising in tvN’s “Mouse”!

During the drama, there were several twists and turns about Jung Ba Reum’s true identity as his psychopathic tendencies emerged. In the last episode, Jung Ba Reum was shocked after Na Chi Gook (Lee Seo Joon) suggested that he turn himself in. Furthermore, Go Moo Chi called after Jung Ba Reum when he saw him leaving the hospital in a dazed state, creating a tense atmosphere as they locked gazes.

The upcoming episode will depict the story and questions left following Na Chi Gook’s case. In the newly released stills, Jung Ba Reum sits alone on the bench with an expression full of fear. With an anxious gaze, Jung Ba Reum nervously clasps his two hands tightly together, bites his lips, and bows his head down low, conveying his immense anxiety. Furthermore, on the site where the police and crime scene investigators have gathered, Jung Ba Reum appears to be in anguish as he makes an expression of distress. 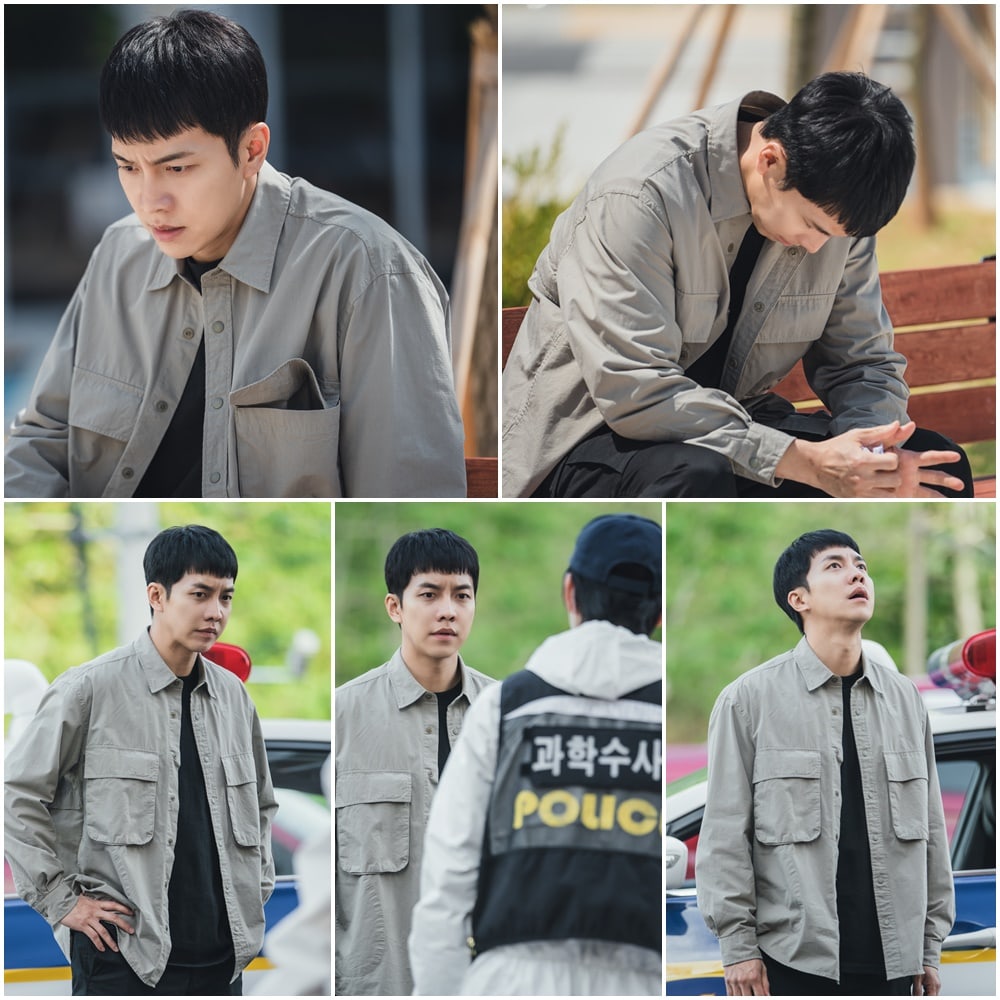 In order to portray Jung Ba Reum’s conflicted state of emotions in this hopeless situation, Lee Seung Gi quietly read his script to get into character all throughout the preparation stage for filming. As soon as filming began, Lee Seung Gi immediately immersed himself into his role, portraying a complicated mix of anxiety, fear, and tension through his gaze.

The production team shared, “As to whether Lee Seung Gi’s psychopathic instincts have manifested once again or if another case has occurred, the whole story behind the case will be revealed through episode 16. Please look forward to the story of episode 16, in which Lee Seung Gi’s detailed and emotion-packed acting shines.”

Catch up with “Mouse” on Viki below: