Three years after its release, V‘s solo track “Singularity“—a B-side from BTS’s 2018 album “Love Yourself: Tear“—reentered Billboard’s World Digital Song Sales chart at No. 1 for the week ending on May 8, making it the group’s 28th song to top the chart.

BTS is now officially the first artist ever to top Billboard’s World Digital Song Sales chart with 28 different songs, breaking their own record for the most No. 1s achieved on the chart by any artist in history.

Additionally, “Singularity” is V’s second solo track to reach No. 1 on the chart, following “Inner Child,” which topped the chart earlier this year.

BTS also made history on Billboard’s World Albums chart this week, where they became the first artist ever to sweep the top four spots on the chart simultaneously. 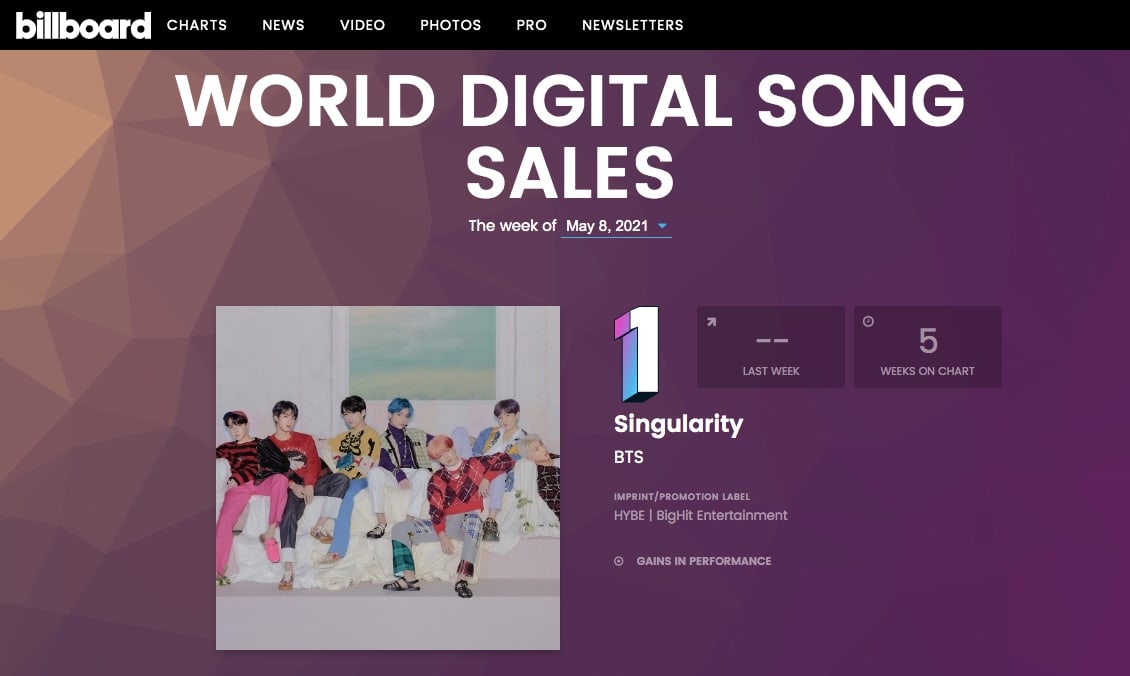 BTS is currently gearing up to make their highly-anticipated return with the new English-language single “Butter.” Check out their latest teasers for the song here!