MAMAMOO’s Moonbyul Talks About Having Many Female Fans, Advice To Junior Artists, And More

MAMAMOO’s Moonbyul is featured in the latest issue of Elle Korea!

The star addressed the interviewer’s comments about MAMAMOO having many female fans saying, “To be honest, our fanbase is diverse but I think the women are more active. There’s a certain excitement and emotional aspect that comes out of receiving recognition from the same gender. Since we are the same gender, it feels like they understand even my inner self.”

Moonbyul also looked back on her busy schedule in 2020 when she released her second solo album “Dark Side of the Moon” as well as MAMAMOO’s 10th mini album “TRAVEL.” She commented, “Surprisingly, last February, I was able to meet with fans for my solo promotions. That’s why I was better able to feel their energy during promotions. When we had our first full-group return in a year, we couldn’t receive the energy from our fans. However, looking back, I still feel proud that I was able to showcase my own color as a solo artist, as well as MAMAMOO’s individuality.” 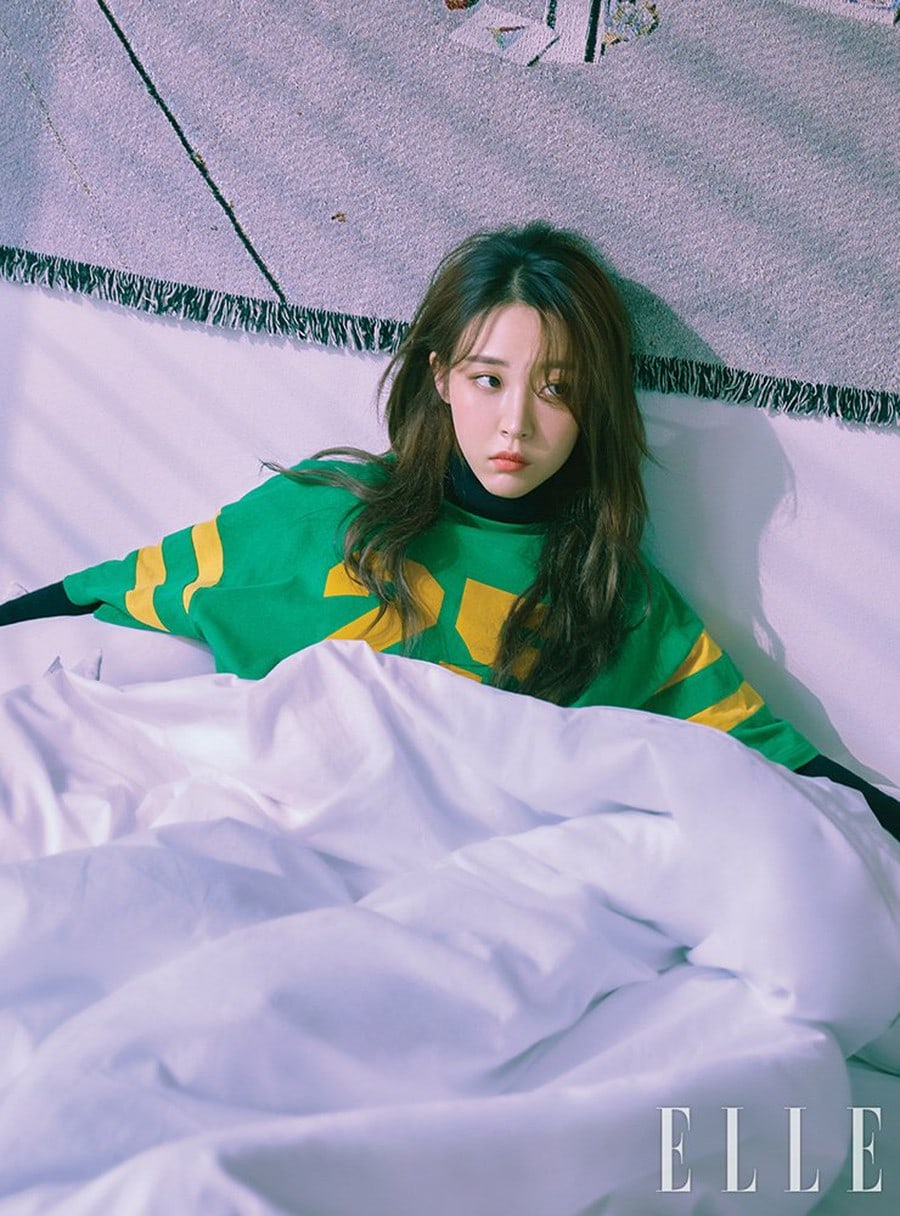 Although Moonbyul is in charge of rap within MAMAMOO, she has recently been showcasing her vocal talent. When asked what’s changed about her standard of a good performance over the course of her career, Moonbyul responded, “There was a time when I was busy showing off a bright and curated image. Since people look forward to that side of me, I thought that I had to work harder to become better at it. That’s still important but now I think more about doing what I like. As I slowly began doing the things that I had once only thought about in my head, I was able to learn that I’m able to work longer if I do what I like.”

Moonbyul revealed that she’s always dreamt of becoming a radio DJ, but also knew from a young age that she’d become a singer. She explained, “When I was in my second year of middle school, I competed in a carol contest and decided that I was going to become a singer. I naturally thought, ‘Oh, I better not leave any past photos.’ I guess I was just confident that I’d make it. At that age, you vaguely just think, ‘I’m sure I’ll become something before university.'” 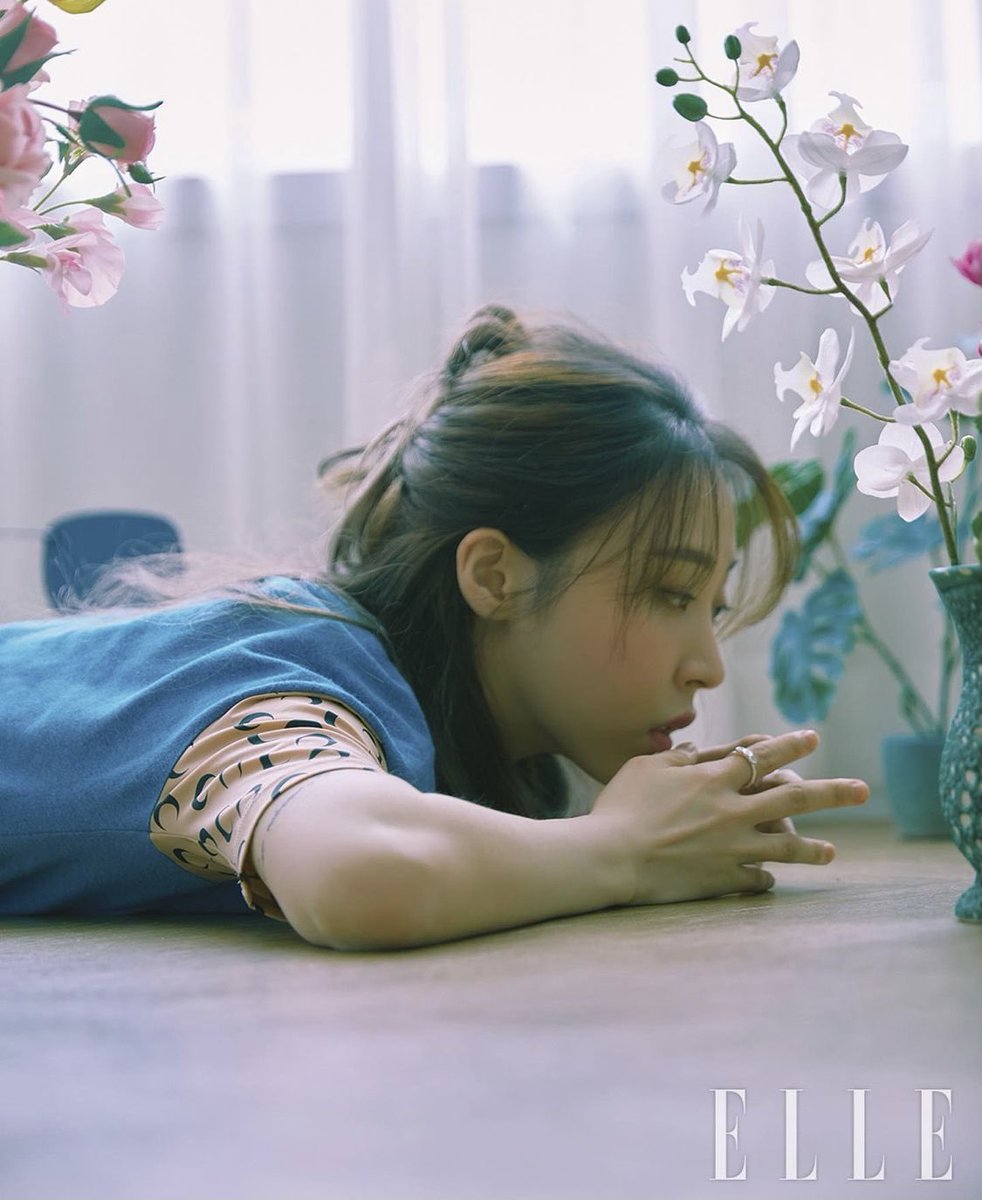 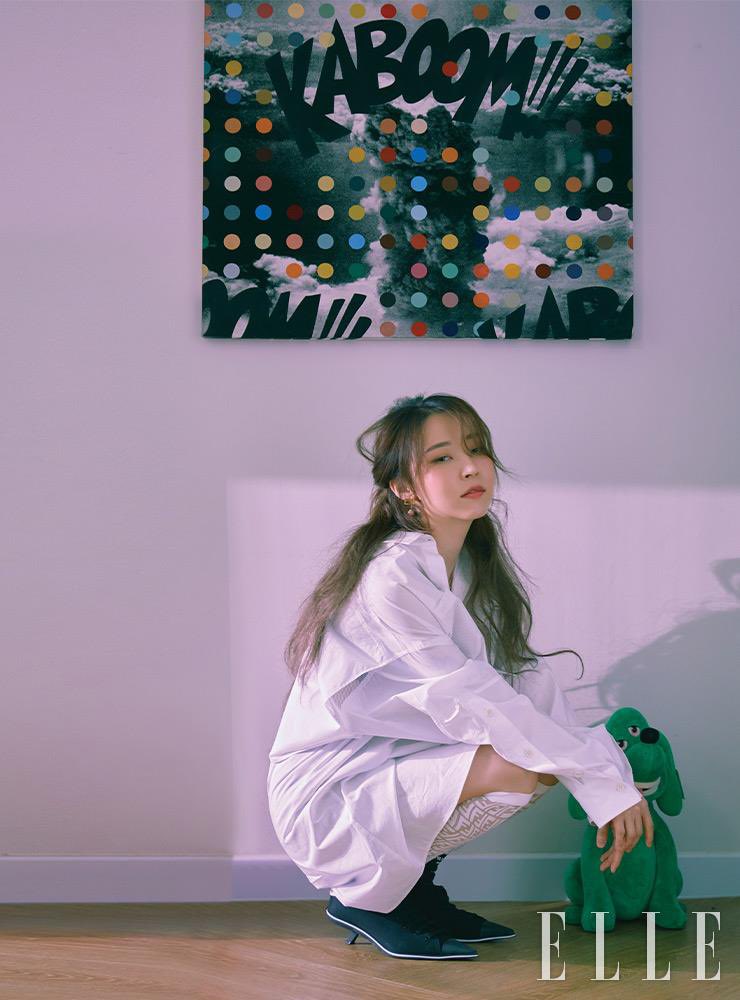 The interviewer brought up Moonbyul’s numerous close friends in the industry and asked what kind of stuff they typically talk about. Moonbyul answered, “To seniors, there are times when I ask about my concerns, but most of them are younger than me. Since we do the same kind of work, we give and take answers about the similar issues we experience around the same time. We give each other advice and introduce each other to acquaintances who also might be of help.”

To PURPLE KISS, Moonbyul’s newest agency juniors, she once told them, “I hope you work while searching for happiness and meet good people who support you.” She elaborated, “I can see their concerns in their eyes. When I was their age, there wasn’t anyone to say stuff like that to me. I wasn’t sure exactly what kind of work this field entailed and since we were the first group from our agency, there were a lot of things we had to pioneer ourselves. I think I just told them what I’d want to hear back then.” 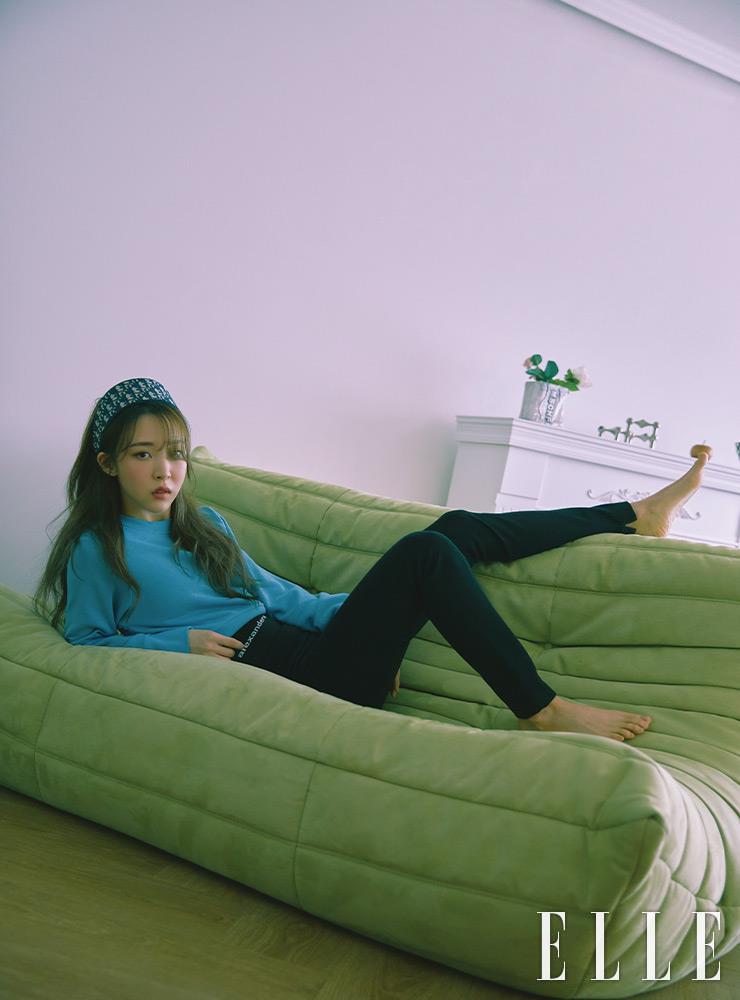 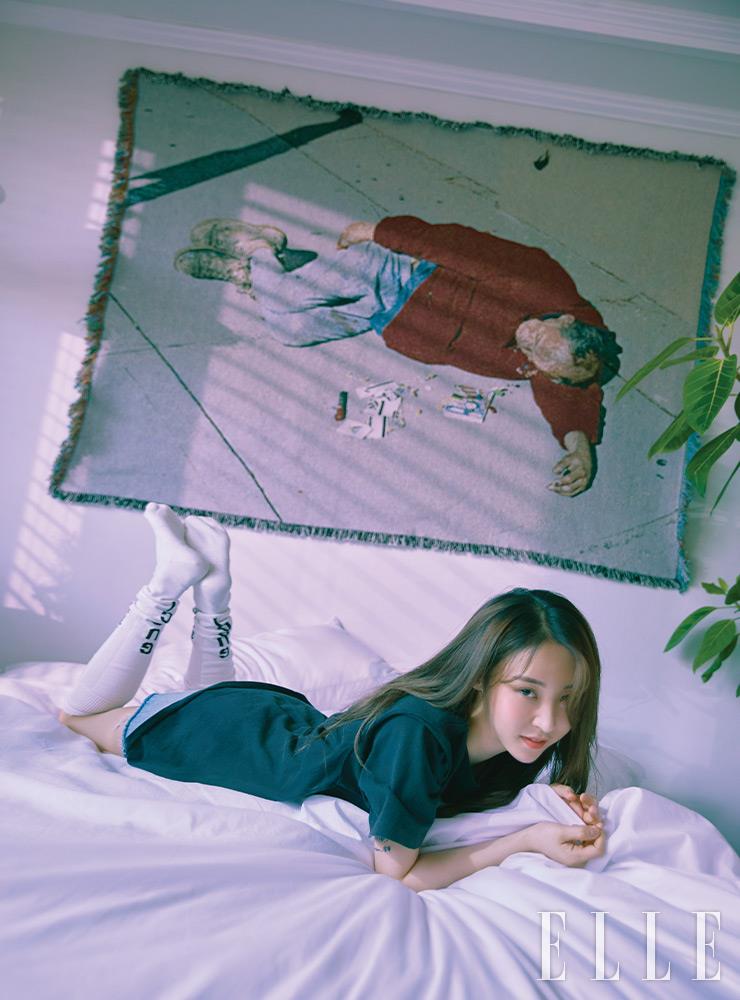 Now that Moonbyul is in her eighth year of promotions, the interviewer asked what’s been her greatest strength to get to this point. She gave a simple answer saying “MAMAMOO.” To elaborate, Moonbyul shared, “At the beginning of our promotions, the members relied on each other but I think we gradually relied a lot on our fans. It’s incredibly reassuring that when I make music or do anything, there are people who will pay attention and tune into that.”

She also revealed that “Well done” is a phrase that always makes her feel good, no matter when she hears it. Moonbyul explained, “Even if it’s not about singing or dancing, if I try something new in my everyday life, hearing ‘Well done,’ even if it’s just modest, reminds me that I don’t have to stay locked inside a frame.”

MAMAMOO’s Moonbyul’s full interview and photo shoot will be available in Elle Korea’s May issue.

MAMAMOO
Moonbyul
Elle
How does this article make you feel?