“Doom At Your Service” delves into our main couple’s and secondary couple’s budding romances this week. Tak Dong Kyung (Park Bo Young) and Myeol Mang (Seo In Guk) both know they have it bad, but just how deep does their attraction run? Is the intangible something between them just passion borne out of circumstance, or could it be love? And just how does their ill-fated bargain play into all this?

This week’s episodes have a lot to say on love. Here’s what we loved the most!

The entire issue with Myeol Mang’s disappearance and reappearance isn’t that Sonyeoshin (Jung Ji So) magicked him away, but rather the aftermath. He refuses to explain where he’s gone or why, leaving Dong Kyung hurt and bewildered, especially after that passionate kiss in the rain.

From Myeol Mang’s point of view, it doesn’t make sense to keep getting close to her. He’s always been someone who’s hated his existence, and the fact that he unwittingly hurt Dong Kyung by merely existing is a raw wound. Sonyeoshin’s motives in pulling him away start to make sense, as she quizzes this self-hating being on why he thinks he has the right to be loved when he’s been a part of Dong Kyung’s worst moments. As dislikable as Sonyeoshin seems, she’s asking Myeol Mang a crucial question: Just why does he want to be loved by Dong Kyung? Especially when he refuses to open up in return?

But this only makes Myeol Mang feel guilty, so he does what he always does when he’s scared: he vanishes from Dong Kyung’s life, making her resort to extreme means to seek him out. That’s always been the pattern here. She goes to him first, understands him, and takes all the emotional first steps in their relationship. He’s gentle and tender and wonderful, but hides from her emotionally.

Even when she breaks off his bracelet, he refuses to go to her at first. But when Sonyeoshin goads, telling him to live alone forever, that’s when he realizes his idiocy. It doesn’t matter what he is. She loves him, and he might not know what he feels but he can’t stand that she’s in pain. So he lets his guard down and finally opens up to her the way she did to him all along.

2. Love is when you miss them when they’re gone

Myeol Mang really is a tough nut to crack. As he walks to her in the hospital, he admits that he can’t turn away from her but doesn’t know why! This man (deity) really doesn’t understand what love looks like.

So Sonyeoshin snatches Dong Kyung away. This time, it’s Myeol Mang’s turn to scour the land for Dong Kyung and make himself vulnerable in a way he never has before. He searches everywhere, growing increasingly fearful when he can’t find her. Sonyeoshin’s putting him in Dong Kyung’s shoes, showing him what it was like whenever he pulled a disappearing act, and showing him the depth of his feelings.

When Dong Kyung returns, Myeol Mang doesn’t think twice, pulls her into a back hug and re-fuses their home together. From now on, he’s going nowhere.

There are a number of reactions Dong Kyung could have had upon quite literally meeting god. Telling her off is one of the more unexpected ones. It’s a response Dong Kyung might not have predicted a couple weeks ago when she hated Myeol Mang to pieces. But now she stands up for him before Sonyeoshin, before Sung Kyung (Dawon), and Na Ji Na (Shin Do Hyun).

She brags about him, this man she lives with, whom she loves even though they sleep on opposite ends of the same room. Best of all, she looks that same fearful, lonely man in the eye and tells him she loves him without any qualms or reservations. Her newfound resolve to live her remaining days without regret sets off a chain reaction that has her blossoming into her own.

In doing so, she inspires Myeol Mang to grow bold as well and reach out to her, to turn back time for her to see the cherry blossoms, for her to see her parents. To vow to save her. They truly bring out the best in each other this week, and both make no secret of the fact that they adore each other.

Give the man a minute; I think he’s in shock!

Sonyeoshin smiles that she was wrong about their relationship being impossible and hopes it stays that way. Myeol Mang fears it may not. But Dong Kyung’s fearlessness has surprised him many a time. Perhaps it’ll surprise him once more.

4. Lies, even by omission, are a bad idea 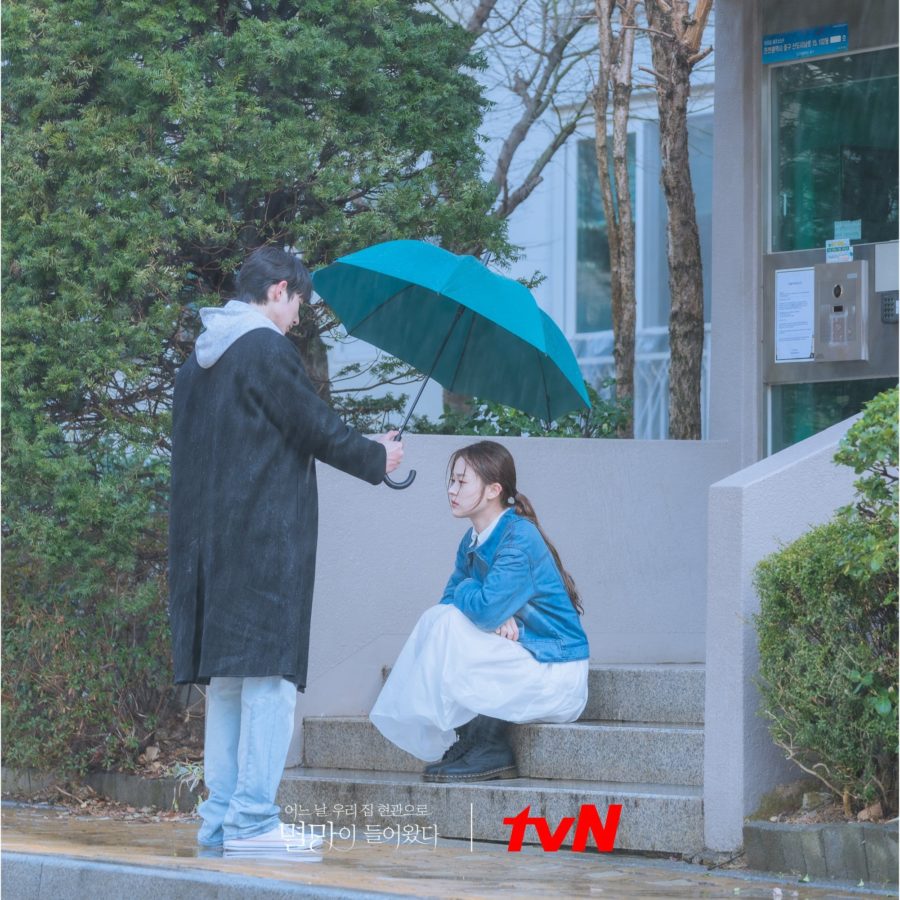 The relationship between Cha Joo Ik (Lee Soo Hyuk), Lee Hyun Kyu (Kang Tae Oh), and Na Ji Na has been a messy complicated web. With only a little revealed each week, it seemed impossible to tease out just what happened all those years ago. But the answers are here, and they aren’t pretty.

Hyun Kyu emerges as a loser, who cared more about looking good to his friend group than about Ji Na’s feelings. Granted, both were in over their head in the infatuated hormonal rush of feelings that comprise most high school relationships, but there’s no denying that those moments shape lives. And both Hyun Kyu and Ji Na were irreversibly affected.

To say Ji Na was dumped by her boyfriend is understating the matter. She was jilted over text and everyone at school knew it. It’s so much of a running joke that they bring it up during reunions. It isn’t the end of the world like Dong Kyung’s problems but it’s definitely a character-defining moment.

Yet, for all their issues, it’s Cha Joo Ik who emerges as surprisingly unorthodox. He knew Hyun Kyu had tossed Ji Na over, and gave her a pity kiss? Somehow that backfired and he wasn’t able to forget her since, but he didn’t make any moves. Even when he knew she was a client. And he’s still roommates and good friends with Hyun Kyu but never mentioned any of this to him.

It’s all a little bewildering. It appears that Joo Ik is torn between what he feels for his friend’s ex-girlfriend and his genuine friendship with Hyun Kyu. But he can’t get the best of both worlds for long (it’s surprising that he’s managed to so far), and the moment of truth is here. He waited too long to explain the truth and now everyone’s going to get hurt: Ji Na, because she’ll think he got close to her out of pity, Hyun Kyu will feel betrayed, and Joo Ik loses both friend and romantic interest. Yikes. 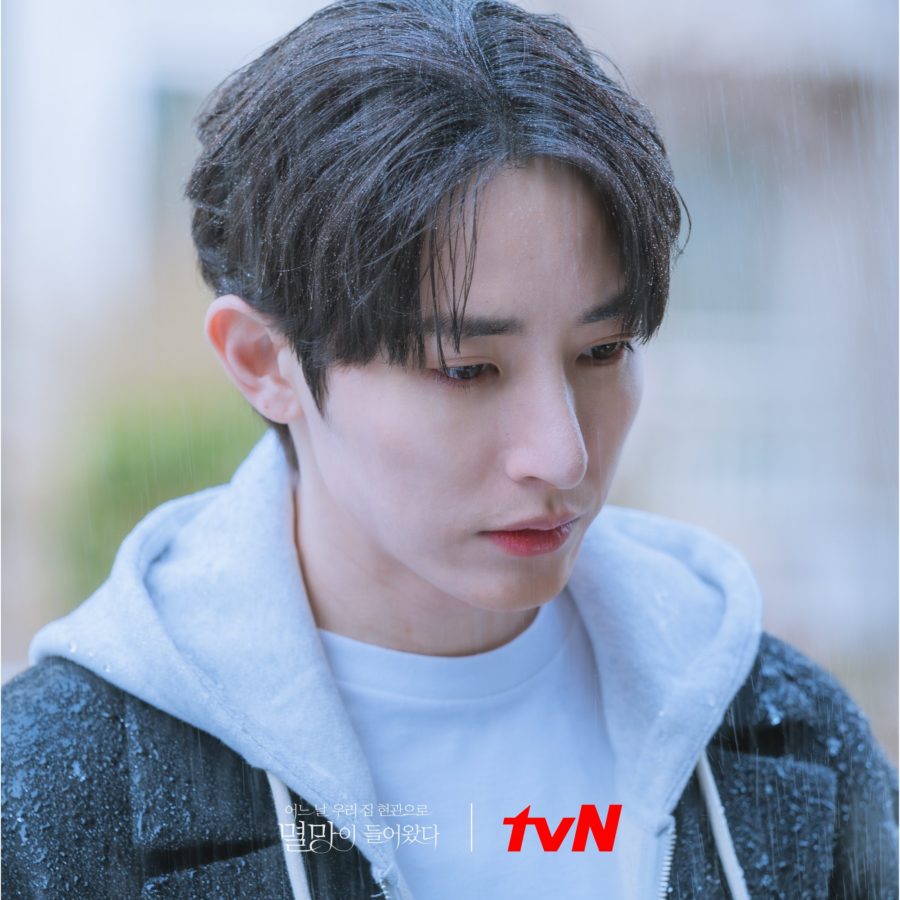 Next week will show us just how this plays out, but it doesn’t appear that either party takes it well.

With Kang Soo Ja’s return (Woo Hee Jin), Myeol Mang and Dong Kyung’s cohabitation may come to a sudden end (nooo!). The preview shows Dong Kyung breaking up with Myeol Mang because she’s well and truly in love with him, and unlike other dramas, this is pretty understandable. He’ll quite literally die if she refuses to end the world, and she can’t have that. These two have gotten themselves into quite the quandary and it’s easy to understand Sonyeoshin’s unease when she points out that the fate of the entire world rests on Dong Kyung’s decision. We’re at the halfway mark with eight episodes left to go, so it remains to be seen on just what fate throws our couple’s way. It’ll undoubtedly be tough going, but all is worth it so long as that thorny road brings them to better pastures!

They deserve a happy ending, Sonyeoshin! Look at how much he loves her!