The moment Dong Kyung (Park Bo Young) and Myeol Mang (Seo In Guk) have dreaded for so long is at hand, and as is so often the case with farewells, no one is ever ready for them. But they aren’t the only people beginning new journeys. Na Ji Na (Shin Do Hyun), Lee Hyun Kyu (Kang Tae Oh), and Cha Joo Ik (Lee Soo Hyuk) also have painful steps to take as they heal and grow from the past.

Without further ado, here are three farewells from this week’s episodes that crushed us. 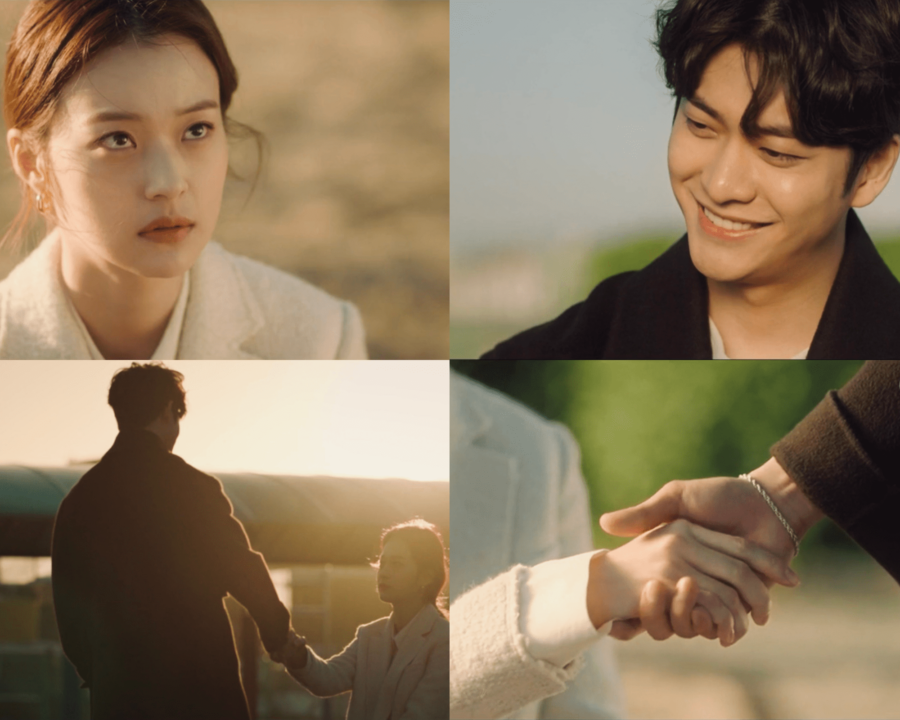 This has been a hard relationship to understand, primarily due to not getting much time in Hyun Kyu’s head. We’ve spent a lot of time seeing him from other people’s perspectives: Joo Ik likes him but sees him as a primarily selfish manchild who values his ego above everything; Na Ji Na idolized him as some kind of perfect first love; and the truth is that he was just an insecure high-schooler who messed up his chance for a good future career and didn’t know what to do. Not a saint, but not a terrible person either.

Ji Na and Hyun Kyu have cycled through all five stages of grief. We’ve only seen Ji Na’s perspective – her denial that the relationship was over, her anger at Hyun Kyu, her bargaining by attending the reunions and hanging around all their old hangouts, her depression, and her acceptance that the relationship wasn’t going to work – but it turns out that Hyun Kyu went through all of it too.

It would have been much more poignant to get this insight earlier so we could understand Hyun Kyu’s perspective and his longing glances at Ji Na. The moment where the two of them visit their old high school has to be the most bittersweet moment (and the best moment) we’ve seen in their relationship thus far. They’re finally honest and put into words the feelings we’ve seen them dance around for so long. Seeing them walk in opposite directions at the end actually hurt when contrasted with bright-eyed high school Ji Na and smitten high school Hyun Kyu staring at each other in charmed fascination. It really drove home what a missed opportunity this was. First love is unforgettable because of the immense highs and the painful lows, but it isn’t something to cling onto and to be defined by. That’s what these two did for years. Now, it’s time to let go. And they’re finally starting to do so. 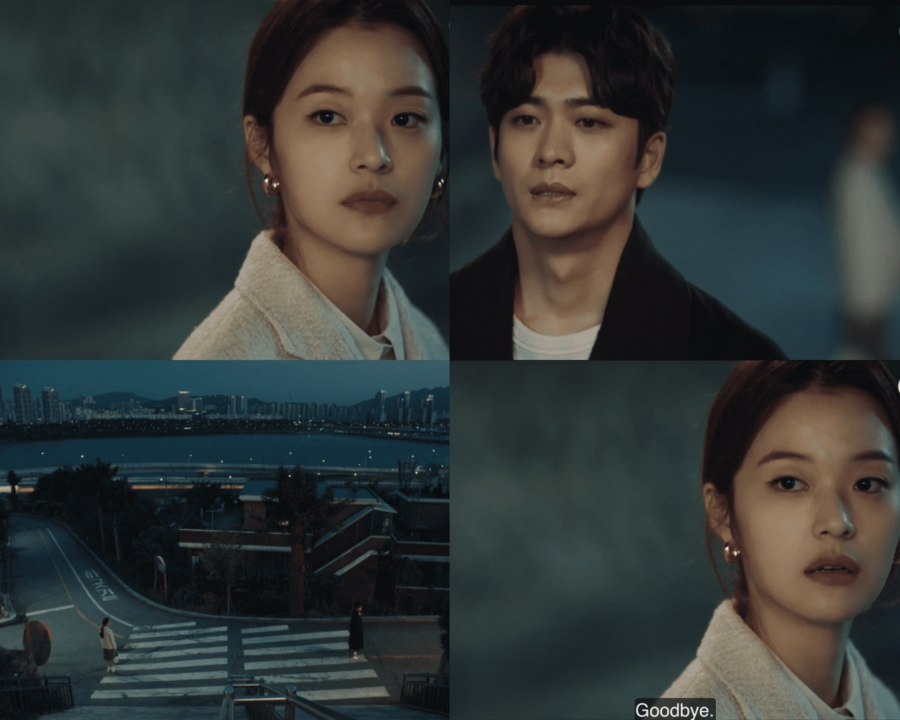 Kang Tae Oh just can’t catch a break with all these sad farewells. Not long after realizing that he has to let go of his first love, Hyun Kyu also realizes that he has to stop living with Joo Ik if he is ever to stand on his own feet. He’s let himself rely on Joo Ik for so long and that’s left him stunted. What’s sad is that Joo Ik clearly doesn’t want him to leave. It feels like a parent watching their child spread their wings for the first time, sad at the end of an era but proud of the steps they’re taking.

They’ll always be close in their own way. Joo Ik rushing to comfort Hyun Kyu when he was crying over his clean break with Ji Na is proof enough. But it won’t be the same. And while it will hurt for a while, they’ll grow from the experience and their friendship won’t die but simply evolve.

As fun as it was to see Dong Kyung and Myeol Mang being charmed by each other all over again, the amnesia of the past two episodes fizzled out so rapidly, the question arises as to why the plot device was used in the first place. There appear to be two key reasons. First, to demonstrate that Dong Kyung and Myeol Mang are always meant to find their way to each other, and, second, that there was no escaping the devil’s bargain they made.

These two episodes also felt like cycling through the stages of grief. First, denial, with Dong Kyung invoking amnesia. Then, she skipped straight past anger and onto bargaining, begging Sonyeoshin (Jung Ji So) and asking if there was anything she could do. Then came depression, where a girl who rarely cried struggled to stop weeping whenever she saw Myeol Mang, knowing that he would have to leave her. Dong Kyung still hasn’t hit acceptance. She’s waiting, as she always has, for people who are good to her, to leave her. Only this time, she knows for a fact that it’s coming.

On the other hand, Myeol Mang has consistently accepted his fate. The second Myeol Mang realized he was in love with Dong Kyung was the same moment he realized he was going to die. There was simply no question of him letting her die and living in a world without her, just as there was no question of her being able to destroy the world. Even that was hopeless, as he tells her that destroying the world would also have taken him as he wouldn’t exist without people to exist for. From the very beginning, he created the perfect trap to end his existence and willingly walked right in. But that doesn’t mean this is easy for him.

For someone who has longed to cease existing for so long, it’s heartbreaking that he gets his wish right when he finds someone he loves enough to want to exist for. But he puts aside his feelings, doing everything he can to make their last few days together as happy as they can be. He cooks with her, they go shopping, they feed each other, and do everything a normal couple would; he even proposes!

His gentle acceptance of what is to come is proof of just how much he loves her, and makes it that much harder for Dong Kyung to let him go. She even tries to use her wish again to no avail. And it’s so heartbreaking that her final day with Myeol Mang was spent in a world of doom. Because from now on, Doom will no longer touch her life.

And of course he disappears in the very location they first kissed. (Come to think of it, he vanished against his will that night too!)

It’s hard to believe we’re almost at the end! With the titular Doom having vanished, just how will this show wrap up? The preview shows Dong Kyung mourning life without Myeol Mang, but hope still remains.

Sonyeoshin making the unprecedented decision to have surgery and live a little longer hints that she knows something we don’t. Especially when she says she hopes to see flowers in full bloom. Dong Kyung’s only hope remains in that final wish Myeol Mang promised her 100 days ago and never fulfilled.

This show’s mythology has repeatedly driven home the point that the gods not only exist because of the humans but for the humans. When Dong Kyung and Myeol Mang prayed at a church in a world devoid of people, Myeol Mang remarked that there was no god in this world as there were no people. However, Dong Kyung pointed out that she was here, and she’d made a wish, whereupon Myeol Mang agreed that god must have been born the moment she made that wish. Could the same thing happen here?

One thing’s for certain, all our wishes are the same: give them a happy ending! They at least deserve to have that wedding!