“Doom At Your Service” veers off into murky waters this week as Tak Dong Kyung (Park Bo Young) discovers that there is no running away from fate. Her sweet respite with Myeol Mang (Seo In Guk) is abruptly cut short by a hasty decision with long-lasting consequences. Sonyeoshin’s (Jung Ji So) plans have never been more obscure. If this relationship is so doomed, then why does she keep watering that flower? Why does she keep fighting for it, while pushing it back? Is it purely like she told Dong Kyung that the obstacles are what keep love going? Maybe she truly has something planned for the only butterfly in her garden of flowers. Here are five bittersweet lines from this week’s episodes that broke our hearts.

Seeing Dong Kyung and Myeol Mang spend the whole day together and discuss the mundane is bittersweet precisely because they’re so happy and normal. She talks about how she met Na Ji Na (Shin Do Hyun), her relationship with her aunt Kang Soo Ja (Woo Hee Jin), and her brother Tak Sung Kyung (Dawon), and he just listens, looking so charmed and in love.

But the hardest part of their date has to be when he teases her for taking on adult responsibilities as a child, asking if she sees herself as finally all grown-up now. And there’s this magical moment where the world holds still as Dong Kyung laughs that she’s still growing up. 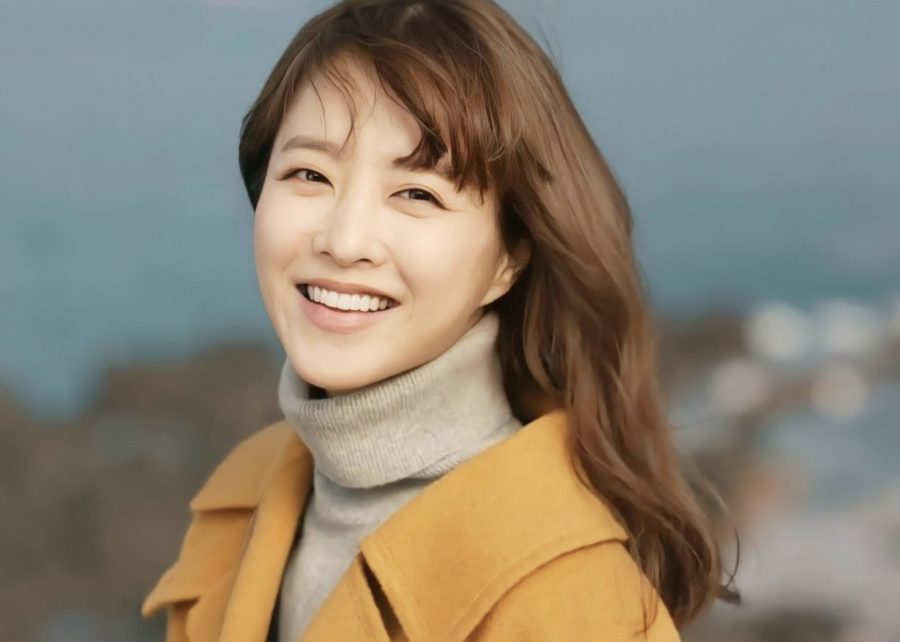 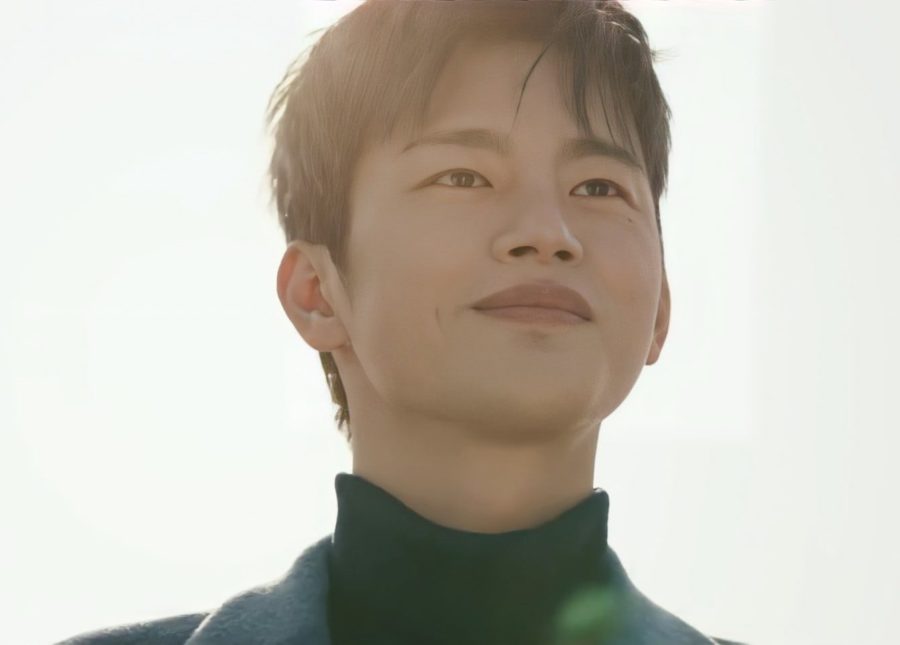 And it’s so heartbreaking because they both know that those days are numbered. She’ll never see how much she could have grown and neither will he. Because right now, it seems there’s nothing Dong Kyung can do. It feels like her fate has been sealed.

Myeol Mang’s been alone for heaven (quite literally) only knows how long. Sonyeoshin is the closest thing he has to a friend and their differing philosophies don’t exactly make them bosom buddies.

He’s so happy to have Dong Kyung with him, someone who actually gets why he feels so despondent and understands his perspective and the innate misery of his job and existence. She knows all of him and still loves him, and he’s so excited about that. What makes this so bittersweet is that we know he’s going to be alone very, very soon, if Dong Kyung dies. These beautiful memories they’re making are all the more precious for their transience, but that doesn’t change the fact that only Myeol Mang will suffer through the centuries, mourning the only woman he loved.

“Forgive me” is another devastating line for so many reasons. Myeol Mang isn’t someone who apologizes. He didn’t even apologizes after purposefully putting Dong Kyung through hell on that rooftop so many episodes go. But he sweetly says “forgive me” after having ratted Dong Kyung out to her very worried family and to Ji Na. This is proof of how far Myeol Mang has come from the human-hating, mass of hatred and depression of the first few episodes. He dines with Dong Kyung’s family, chops onions for Soo Ja, and is treated like one of them with Soo Ja even putting food on his plate.

Kim Saram is really truly 100 percent human at this point in all the good ways. He saves little children from potential doom because, as he tells Dong Kyung, they all look like her to him. Sure, he doesn’t love all of humanity, but he understands them more now, and feels enough such that he can’t just let innocent kids meet whatever misfortune awaits them. The implication is that the old Myeol Mang would’ve sat back and let the child die (which as we see later, really is the case).

This line is so bittersweet because it’s the culmination of all his growth and maturity over the last fifty or so days. He’s learned to love living and love Dong Kyung. But all of that gets undone in a flash.

Soo Ja’s panic is understandable upon finding that Dong Kyung is not only refusing treatment but has been lying about her boyfriend’s identity. But to pressure someone who’s already standing down the barrel into getting treatment just because it makes you feel better is cruel.

Dong Kyung was told she didn’t have long even if she did accept treatment. That was the whole reason she didn’t. If she had been told that there was some chance of living a long life, she would probably have taken it. But Dong Kyung made the decision to spend the last three months of her life as she saw fit. She more than deserves to spend her last days surrounding by love and warmth, not guilt trips.

Instead, she’s so upset after Soo Ja’s dramatic breakdown that she makes the hasty decision of asking Sonyeoshin for help. Sonyeoshin, for all her plant-watering, has thrown obstacle after obstacle into Myeol Mang and Dong Kyung’s relationship. And this time too, her idea of aid is to undo everything. As if it never happened.

It’s a decision Dong Kyung might never have made if she was clearheaded, but she isn’t. And just like that Myeol Mang is alone once more.

4. “And you don’t find them endearing?” “Not once have I felt that way” 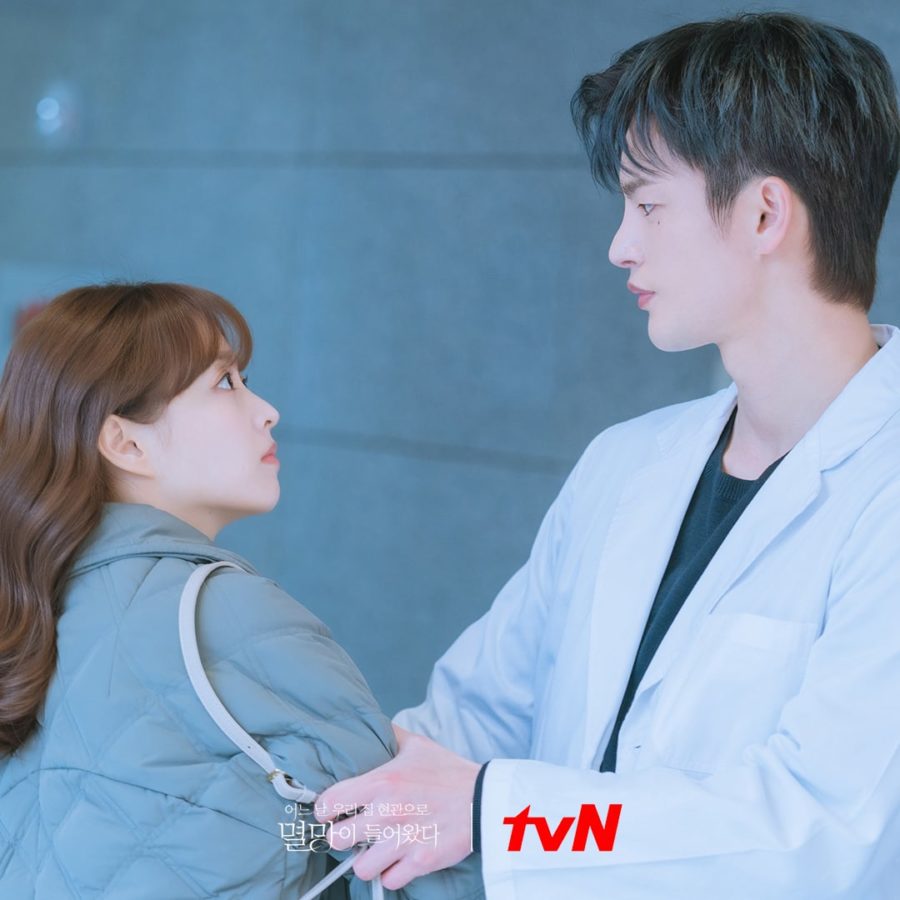 It isn’t that things have reset to when Dong Kyung and Myeol Mang first met. They haven’t gone back in time. Rather, their memories of each other have been erased. However, their personalities have also changed. Dong Kyung seems to remember a bit more than Myeol Mang and is no longer depressed but happy, optimistic, and thriving, a far cry from the numb girl we met at the start.

However, Myeol Mang is crueler somehow, a seething mix of hatred, and takes sadistic pleasure in meting out death. Any positive emotions he had towards humanity have been wiped away. It’s like some part of him is aware that something vital was ripped from him and is screaming in fury. Sonyeoshin watches with sadness as Myeol Mang disparages how awful humans are, and says he’s never been fond of any of them. Ouch. It hurts to watch him walk past the woman he loved so so much and just treat her like any other human. But it’s even worse to watch him propose the same devil’s bargain once more.

Park Young’s (Nam Da Reum) advice feels like a red herring. This is the same guy who told Dong Kyung that her only option for a happy ending was to live without loving anyone. So Dong Kyung ran away once. And Myeol Mang showed her why that was unnecessary. Then, Soo Ja began pressuring her to get treatment (ugh) and Dong Kyung chose to undo her relationship, thereby running away twice. And Myeol Mang’s about to show her again why that’s unnecessary. Now, Park Young predicts that the lovers fall for each other all over again and that Dong Kyung will have no choice but to make a choice because there’s no more running away.

This brings up something Sonyeoshin mentioned in episode 7: that Dong Kyung might have proved her wrong, but no matter how much Sonyeoshin wishes against it, she keeps getting proven right in the end. It was a comment on the inescapability of fate and how some things are just meant to be. Both Park Young’s and Sonyeoshin’s comments point toward Myeol Mang and Dong Kyung being doomed to fall in love and hurt, and fall in love and hurt until one of them dies. But is that really true?

Because things are repeating but not in the same way they used to. This Dong Kyung is different. She refuses Myeol Mang’s bargain straight off the bat. The old Dong Kyung didn’t give Myeol Mang a straight answer, even while he kept following her around, until he pulled the Truck of Doom incident. That Dong Kyung was worn out and worn down. This one is brighter, spunky, and straight up tells Myeol Mang she has a feeling she’d regret if she agreed. She sees Myeol Mang almost kill a man, and… offers him coffee. The old Dong Kyung would have run away (which she did, many times). This Myeol Mang is also slightly different. Those memories are still there but buried. He doesn’t hurt the father who killed his son once he sees Dong Kyung watching. It’s like he somehow remembers that he said he wouldn’t let her see such things. He doesn’t wipe her memory after repeated interactions, and seems to know that Dong Kyung used to come to that spot by the sea to cry.

Plus Sonyeoshin seems to still have something up her sleeve. When Myeol Mang asks her why she’s obsessing over that flower, she says the flower is him. But we know that Myeol Mang’s always been a butterfly. Is Sonyeoshin’s plan to perhaps make this butterfly into a flower? To turn Myeol Mang human?

Next week appears to show the memory loss continuing with Myeol Mang and Dong Kyung, and blatantly teases Dong Kyung’s death! Just what does Sonyeoshin have in store? What did she mean when she said she did something only to Dong Kyung and not to Myeol Mang? There are so many questions! Monday can’t come soon enough!

How are they still so cute even when they don’t remember each other?

Currently Watching: “Bossam: Steal the Fate,” “Doom, At Your Service”
Looking Forward to: “The Devil Judge“