Park Bo Young and Seo In Guk’s “Doom at Your Service” is quickly approaching its premiere!

On May 6, the cast and crew of tvN’s “Doom at Your Service” held an online press conference with Park Bo Young, Seo In Guk, Lee Soo Hyuk, Kang Tae Oh, Shin Do Hyun, and producing director (PD) Kwon Young Il.

“Doom at Your Service” is a fantasy romance drama about a character named Myul Mang (Seo In Guk), who causes everything he touches to vanish, and a woman named Tak Dong Kyung (Park Bo Young), who puts her life on the line to avoid her fate. After going through life without any grand goals, Tak Dong Kyung suddenly receives the diagnosis that she only has 100 days to live. She calls for doom (myul mang) of the entire world, but instead is found by Myul Mang.

Regarding her character Tak Dong Kyung, Park Bo Young shared, “I believe that Dong Kyung can represent a lot of people in that she doesn’t have this one, grand goal. She’s a character that finds a job after conforming to reality and I thought that this aspect would be something a lot of people could relate to.” 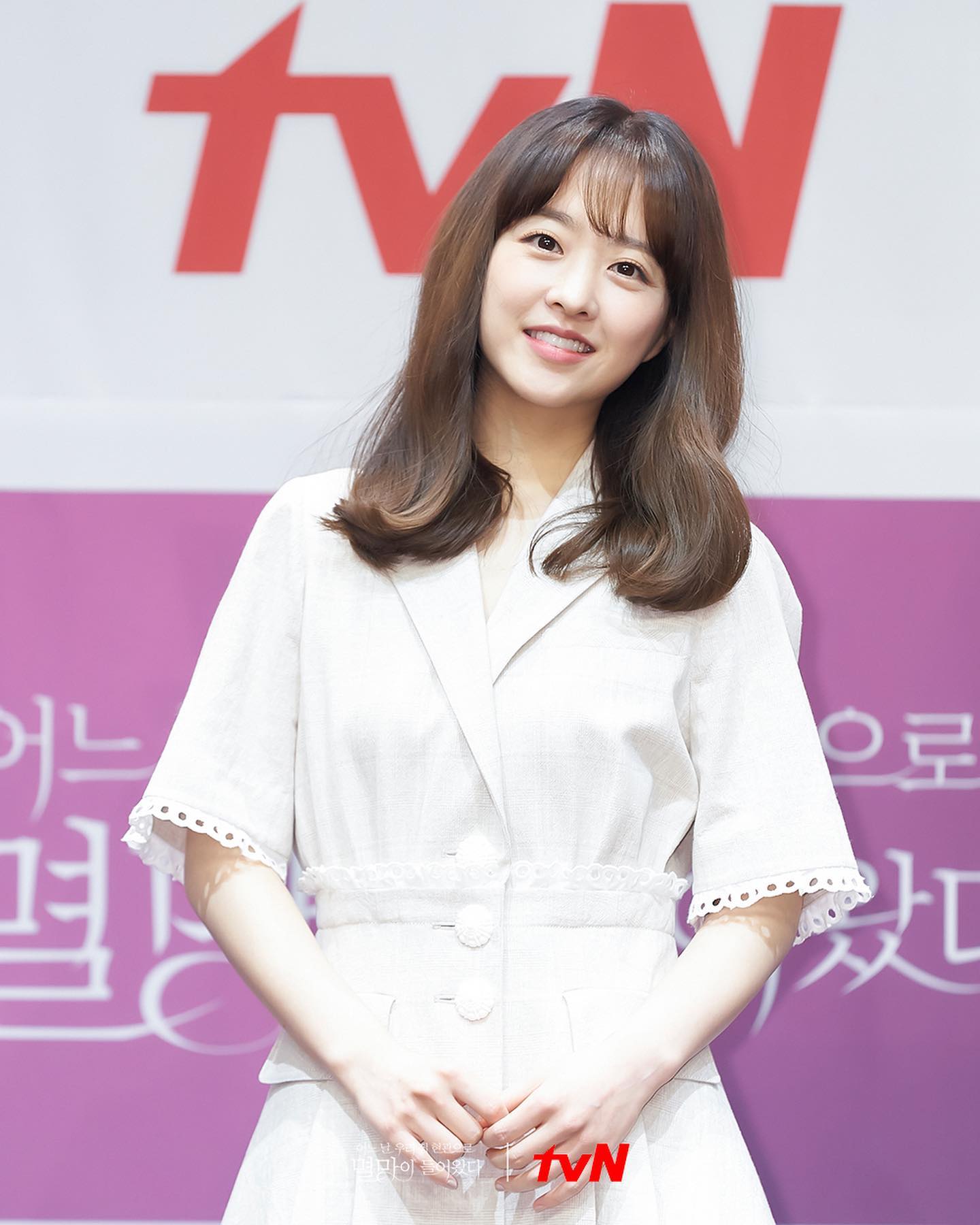 After starring in tvN’s “The Smile Has Left Your Eyes” in 2018, this is Seo In Guk’s first full drama appearance in three years. He commented, “I’m not saying there was no pressure because I felt a lot of pressure. On the other hand, I think I was more excited.”

Seo In Guk also shared how he came to appear in “Doom at Your Service,” explaining, “While reading the script, I felt a lot of charm from the happenings that occur after the characters Myul Mang and Dong Kyung meet. I also related a lot to Myul Mang’s feelings of sadness from causing everything he touches to vanish and wanted to understand him more. I was curious to see what happens when this kind of entity finds someone to love. What kind of heart do they have and what kind of sacrifices will they make?” 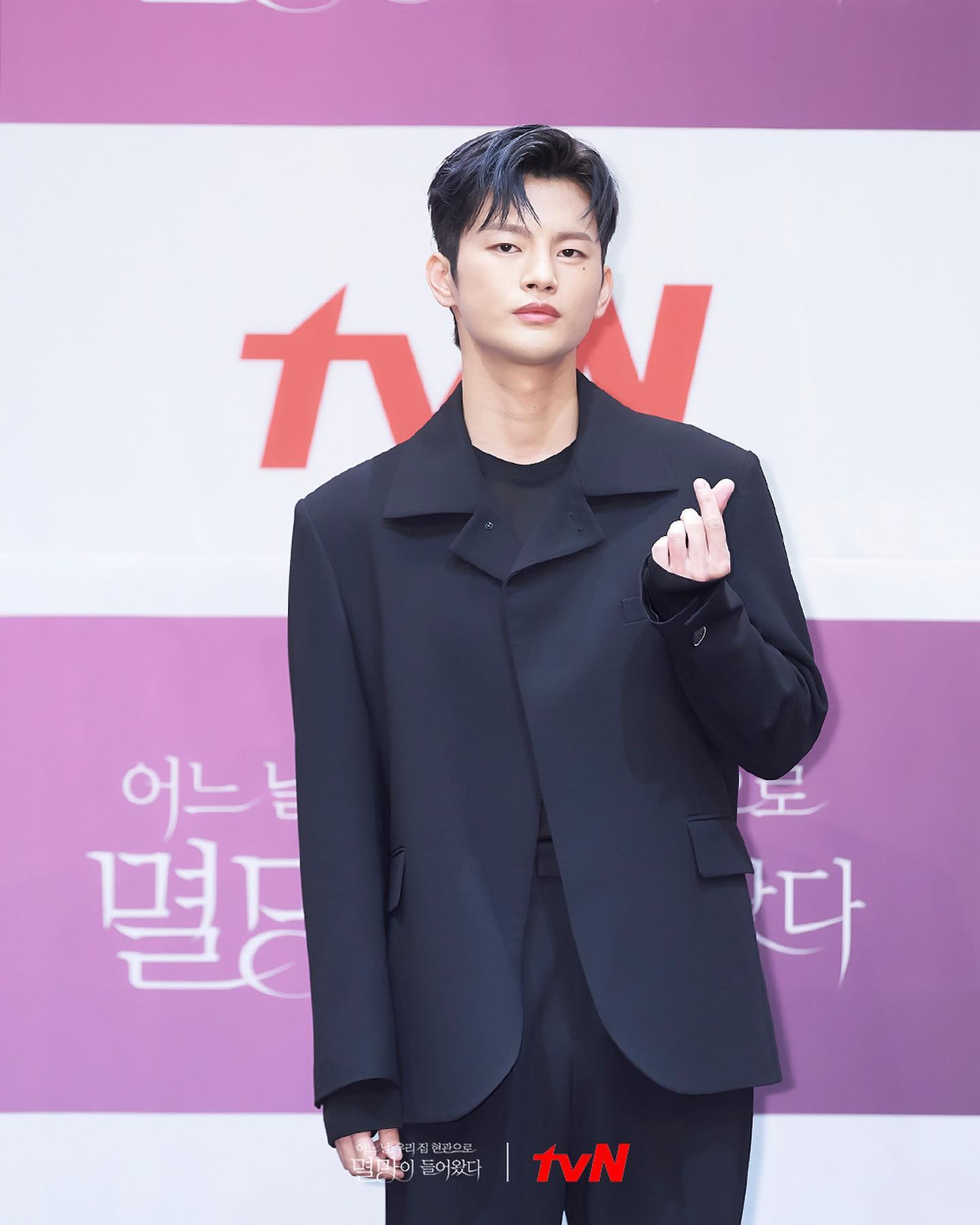 Following the drama “High School King” and the upcoming movie “Pipeline,” this is the third project that Seo In Guk and Lee Soo Hyuk have worked on together. Lee Soo Hyuk shared, “I could not have imagined that we would work on three projects together. I remember ‘High School King’ being about seven years ago now but when I first saw Seo In Guk then, there was a lot to learn from him in terms of acting and his behavior on set.”

Lee Soo Hyuk also spoke about his love triangle with Shin Do Hyun and Kang Tae Oh in the drama. He commented, “There are two relationships that I think are fun aspects of our our drama. Dong Kyung and Myul Mang’s romance, as well as Joo Ik, Hyun Kyu, and Ji Na’s romance. Personally, I don’t like only supporting or being biased for one side of a love triangle. We tried to act in the way that allowed viewers to like and relate to all three characters.” 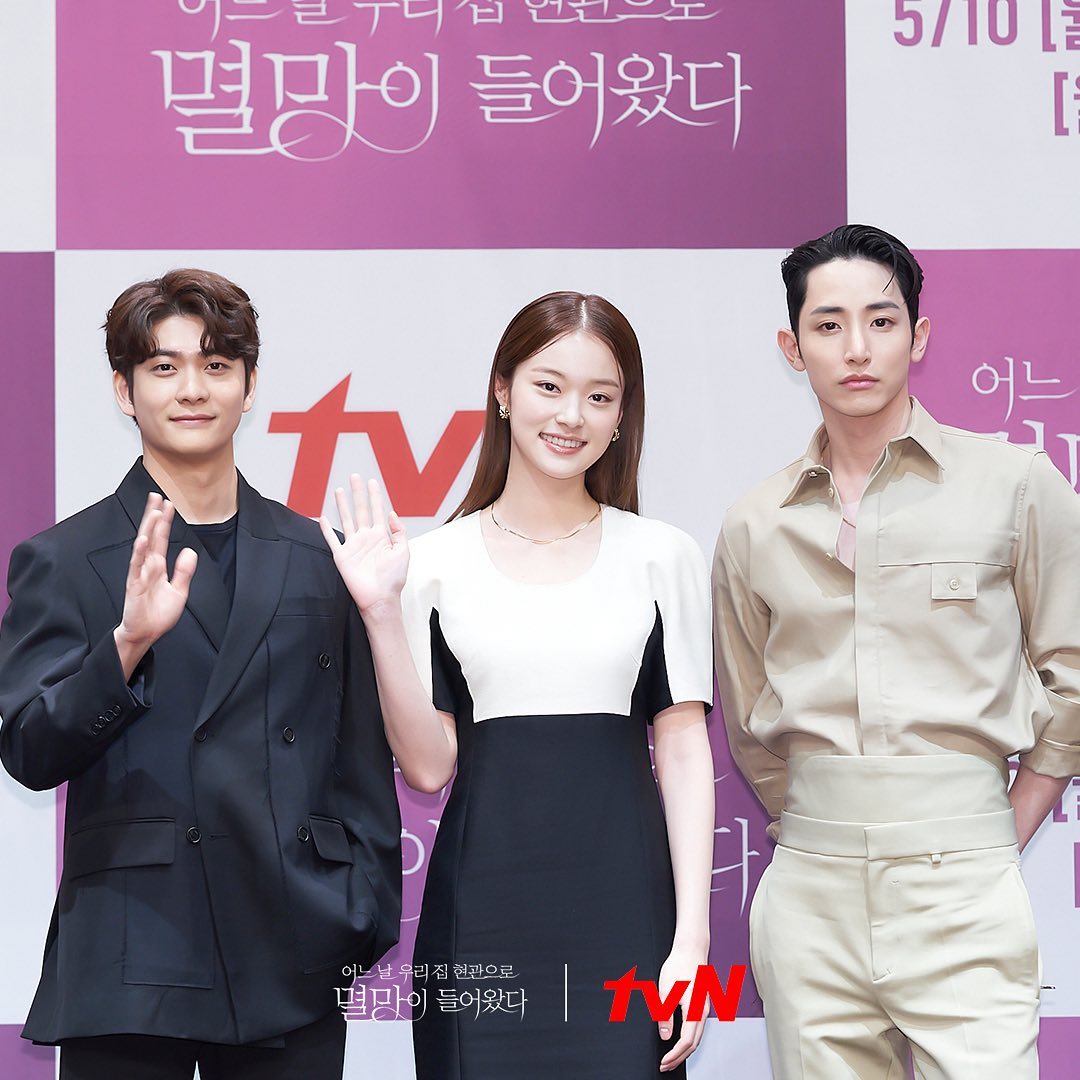 Park Bo Young also touched on her experience working with Seo In Guk, sharing, “When I heard who was playing the opposite role, my response was, ‘I figured we would meet someday but now we’re finally meeting.’ We don’t have a big age difference and we finally met after I had thought that I’d eventually get to work with such a charming actor.”

Seo In Guk responded, “First off, I’ve also thought that I’d one day work with Park Bo Young. I’ve made a cameo in one of Park Bo Young’s dramas but there was a feeling that our link would eventually continue. My first impression was that even though Park Bo Young is short, she had a big presence in a way that was completely unrelated to height. Rather than her aura, I’ve always thought that I wanted to learn from her in terms of acting, so when I first met her, those aspects seemed big.” 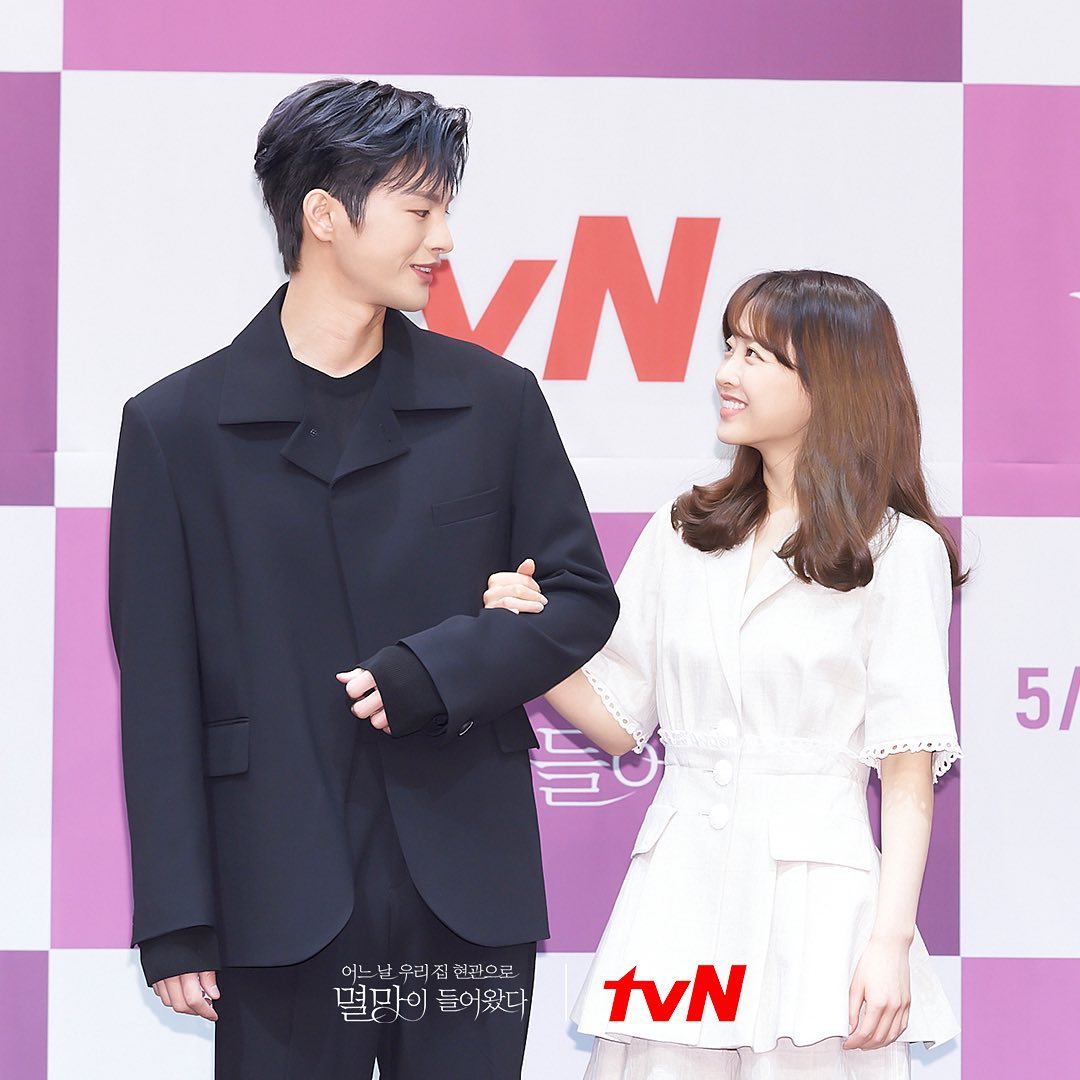 tvN’s “Doom at Your Service” premieres on May 10 at 9 p.m. KST and will be available on Viki!

Check out an episode one preview here:

In the meantime, watch Seo In Guk and Lee Soo Hyuk in “High School King” below!