KBS 2TV’s upcoming drama “At a Distance Spring is Green” shared its first look at Bae In Hyuk’s character!

Bae In Hyuk will be playing the prickly and cold Nam Soo Hyun, who is a perfectionist. Nam Soo Hyun is a third year student at Myungil University, and he takes on part-time jobs without rest since he comes from a poor family. Due to his cold and unfriendly personality, he has varying degrees of conflict with the people around him. Furthermore, Nam Soo Hyun will add tension to the drama as he becomes intertwined in strange relationships with his classmates Yeo Joon (Park Ji Hoon) and Kim So Bin (Kang Min Ah).

In the newly released stills, Nam Soo Hyun exudes a cynical vibe. With a calm expression and emotionless gaze, he gives off a “bad boy” aura. However, behind his frigid gaze is a hidden story that no one knows about. Although Nam Soo Hyun doesn’t open up to anyone and voluntarily remains an outsider, viewers are curious to see how he’ll change as he gets to know Yeo Joon and Kim So Bin. 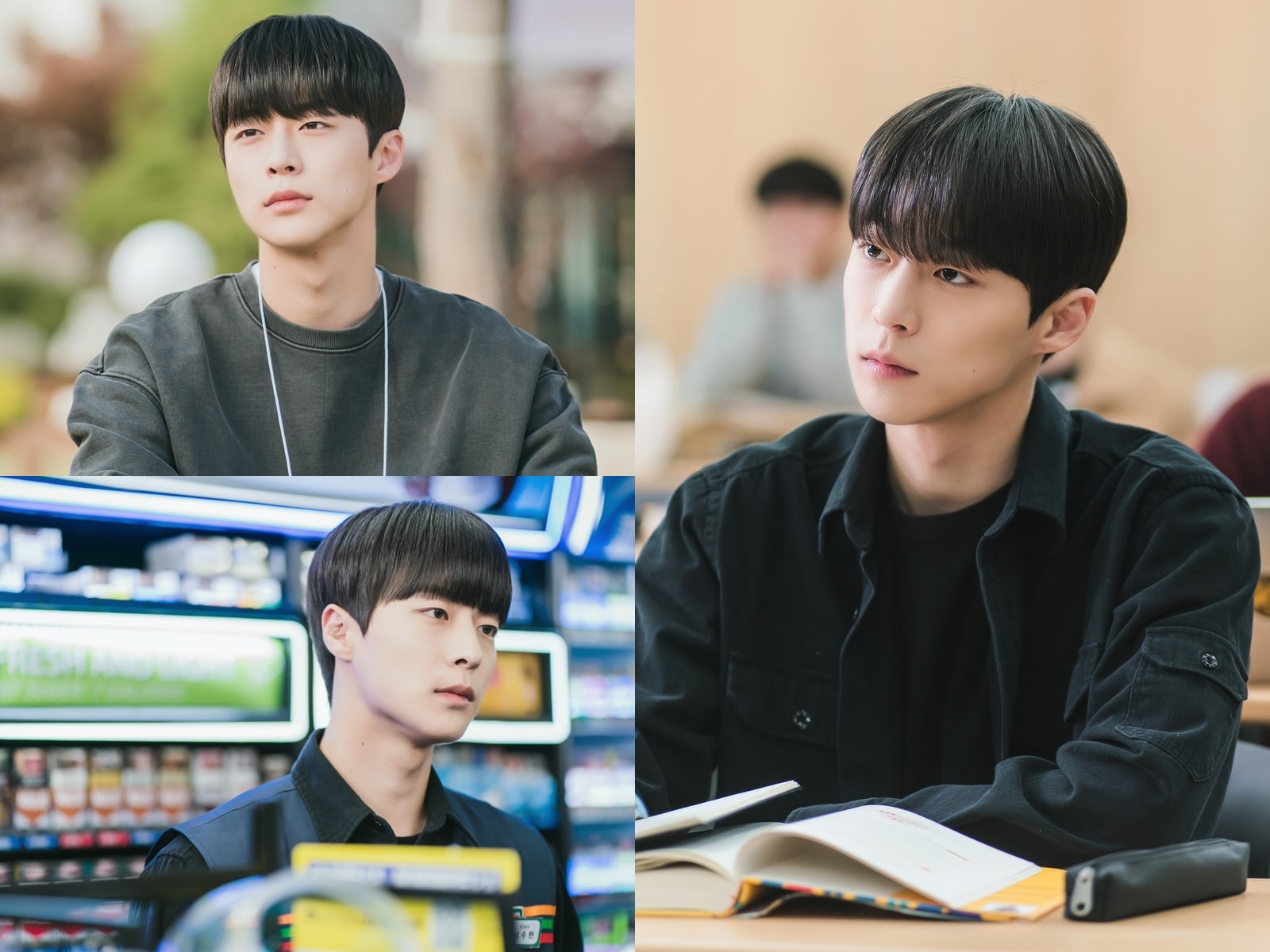 In the meantime, watch Bae In Hyuk in “XX” below:

Bae In Hyuk
At a Distance Spring is Green
How does this article make you feel?