The drama is a unique blend of mystery thriller, romance, and comedy, and it tells the story of an entire family becoming murder suspects after the family’s mother is killed in the midst of her divorce proceedings. Go Won Hee plays Lee Gwang Tae, the youngest Lee sister of the Lee family with a fiery personality, and Seol Jung Hwan plays Heo Gi Jin, the immature younger brother of a loan shark.

In the previous episode, Heo Gi Jin became attracted to the confident and honest Lee Gwang Tae. She noticed the way he looked at her and bluntly asked him if he liked her. Having no clue he is from a wealthy family, she firmly claimed her goal is to marry a rich landlord or the son of one. Despite his blossoming feelings towards her, he promised to set her on a blind date with his rich friend.

New stills of the upcoming episode depict Heo Gi Jin and Lee Gwang Tae engaging in martial arts. She’s trying to teach him how to fight, but she ends up choking him with her high-level skills. Heo Gi Jin’s expression grows frantic as he gulps for air, and he lies there helplessly defeated. Once she lets go of him, he flops onto the ground, and she smirks at his hilarious reaction. 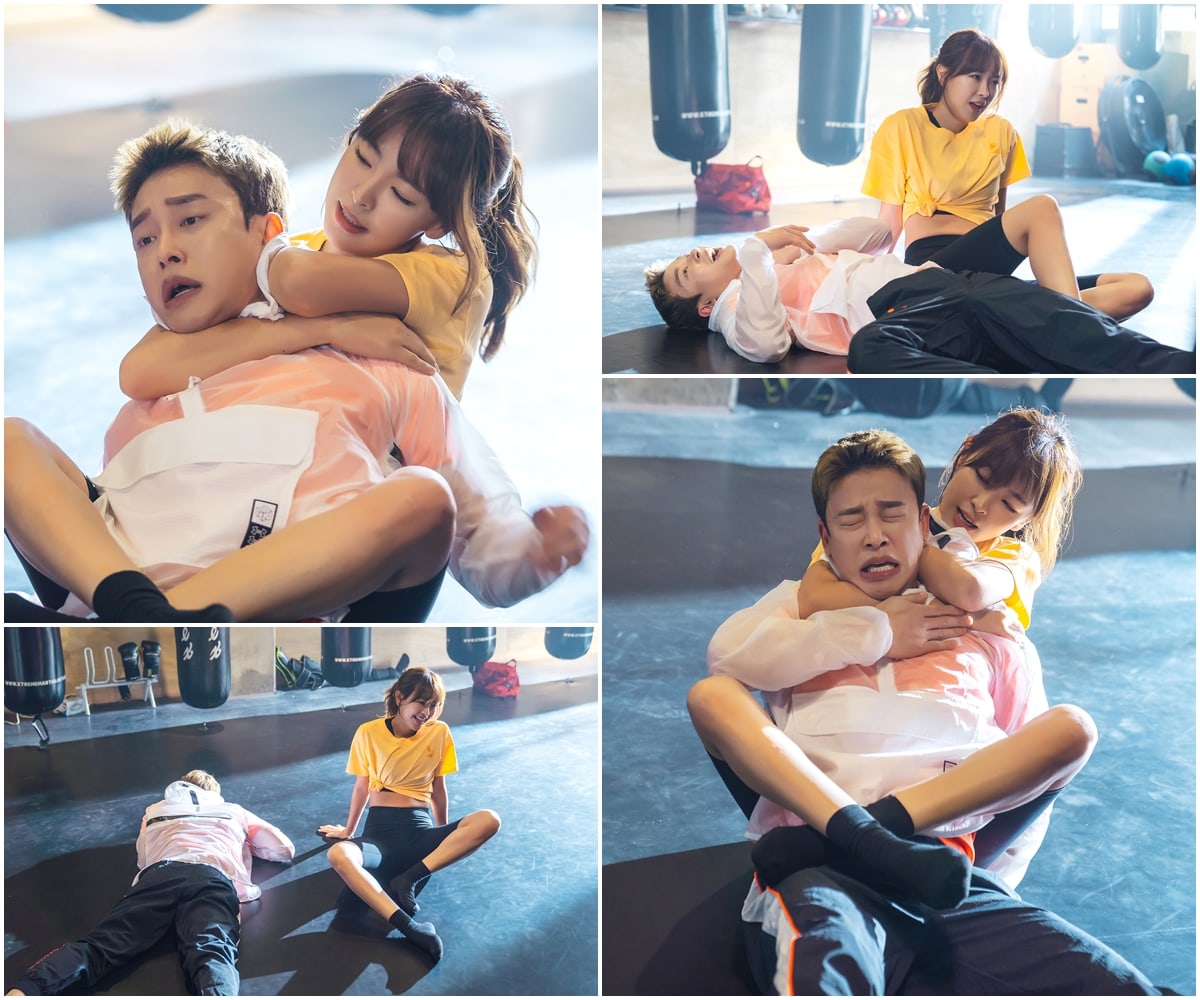 Go Won Hee and Seol Jung Hwan showed off their passionate acting in this scene. In order to better portray her character, the actress continuously exercised and trained martial arts. As soon as filming started, she skillfully implemented her martial arts skills and drew cheers from the crew members. Seol Jung Hwan vividly depicted his character’s struggle, and their great teamwork was the reason they were able to successfully complete this scene.

The drama’s production crew commented, “Not only do Go Won Hee and Seo Ji Hwan have brilliant ideas, but they also spare no time and effort to perform enthusiastically. Please watch their fiery ‘acting chemistry’ that will make viewers laugh with their unique comedy.”

Catch up on “Revolutionary Sisters” with subtitles here: