tvN’s new drama “Mine” has shared another glimpse of the drama ahead of its premiere!

The newly released stills depict the family members of the elite Hyowon Group coming together for a glamorous party. They sit under a dazzling chandelier as their maids and butlers rush to serve them. The party is led by none other than Mr. Han (played by Jung Dong Hwan), the chairman of Hyowon Group and the head of the family. 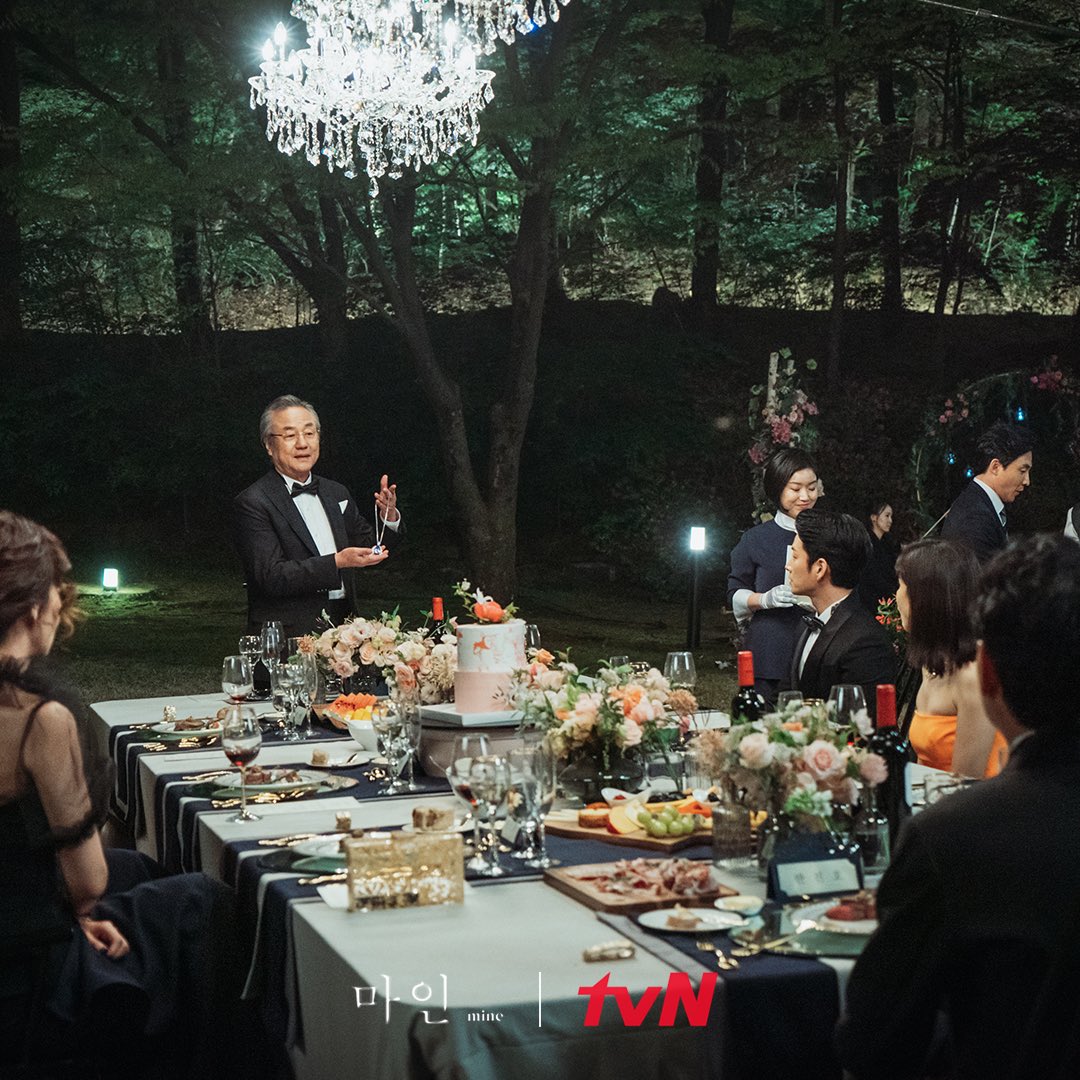 While Jung Seo Hyun and most of the family members are dressed in black, Seo Hee Soo shines in a bold orange dress. This hints that she is someone who doesn’t follow formalities or norms and lives according to her convictions. Despite the fact that Jung Seo Hyun has conformed to the dress code, she showcases her distinct charms with her classy appearance and lovely smile. 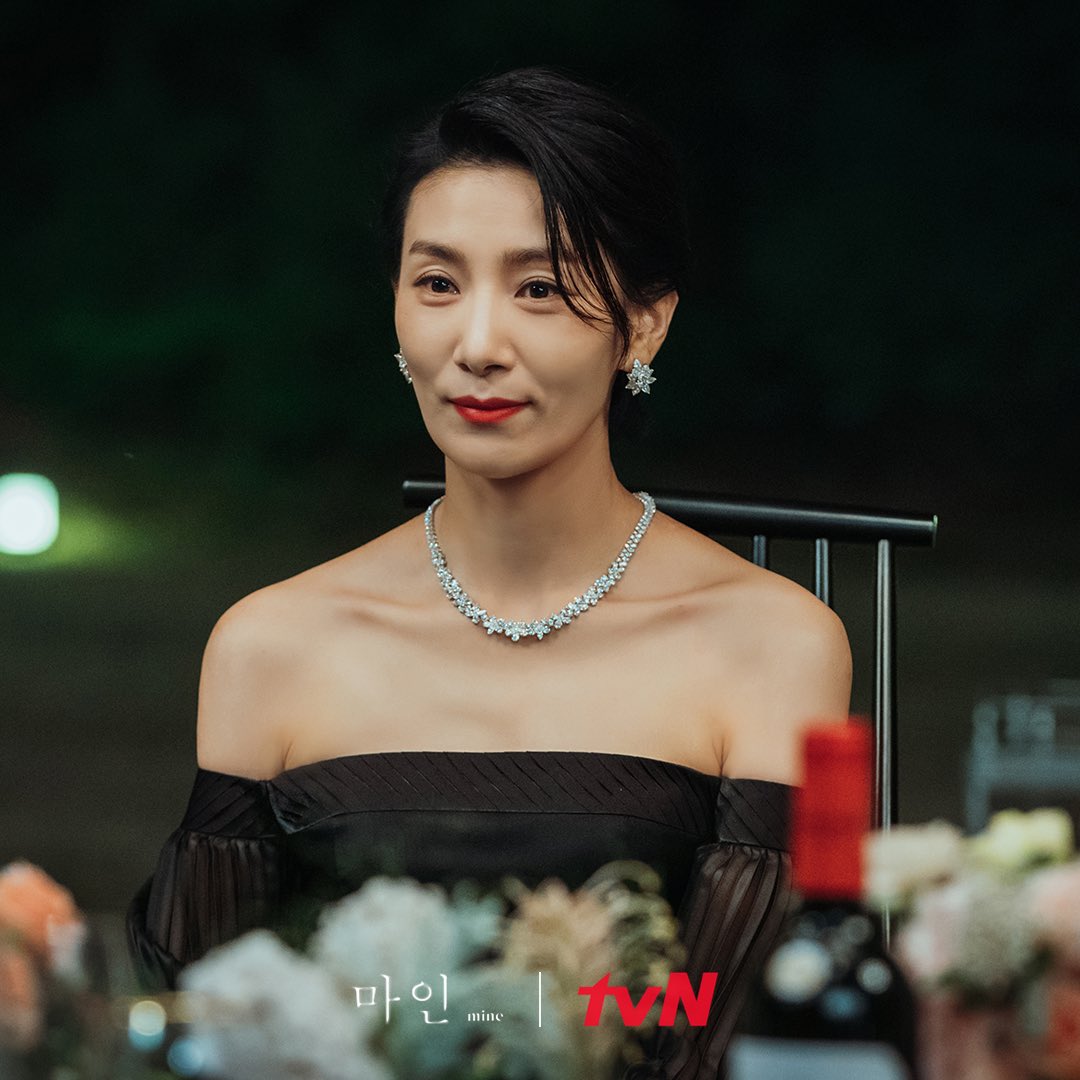 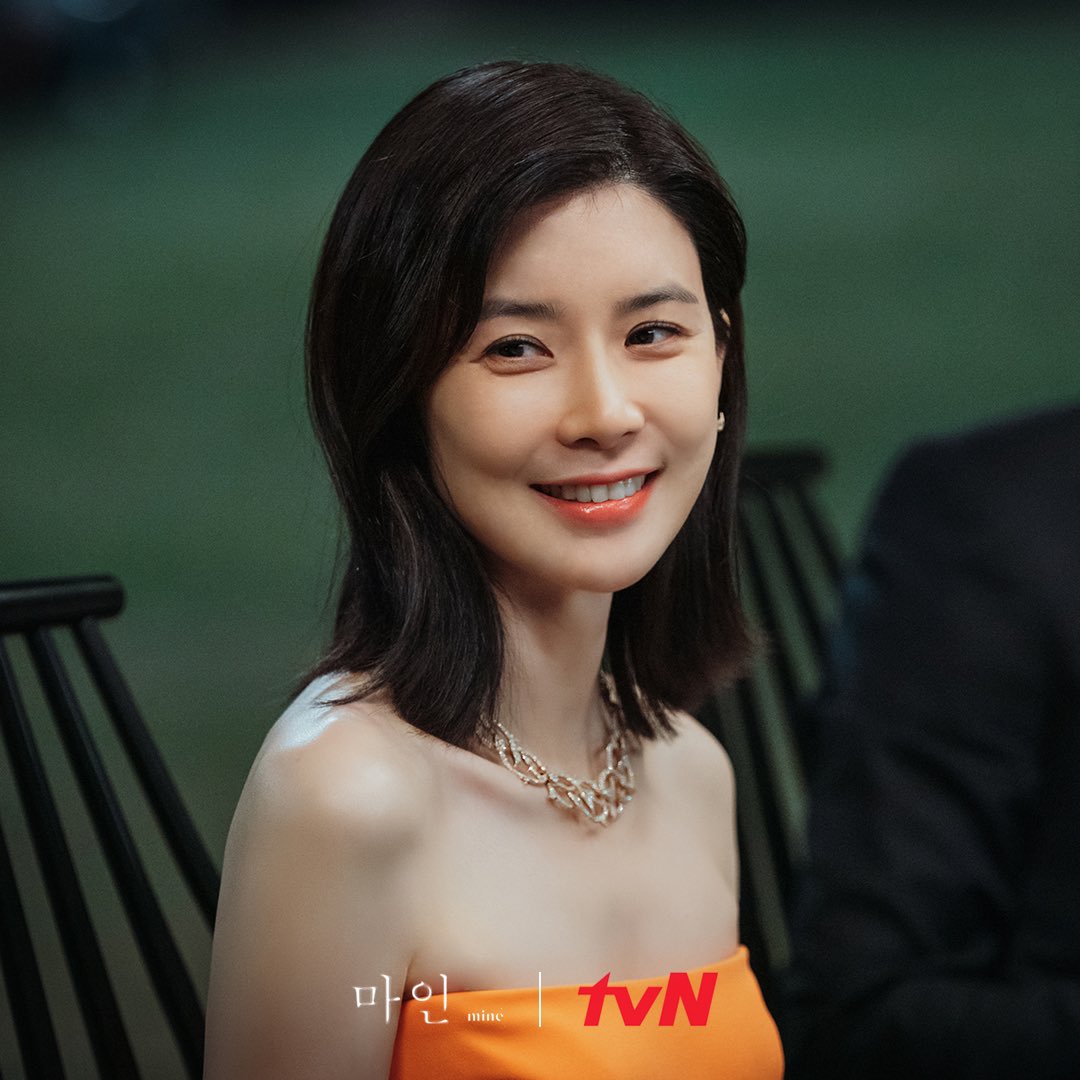 Another thing that attracts attention at the party is the blue diamond in Mr. Han’s hand. The jewel will instantly catch everyone’s eye with its brilliant glow, and it raises questions about why he is showing it in the first place. 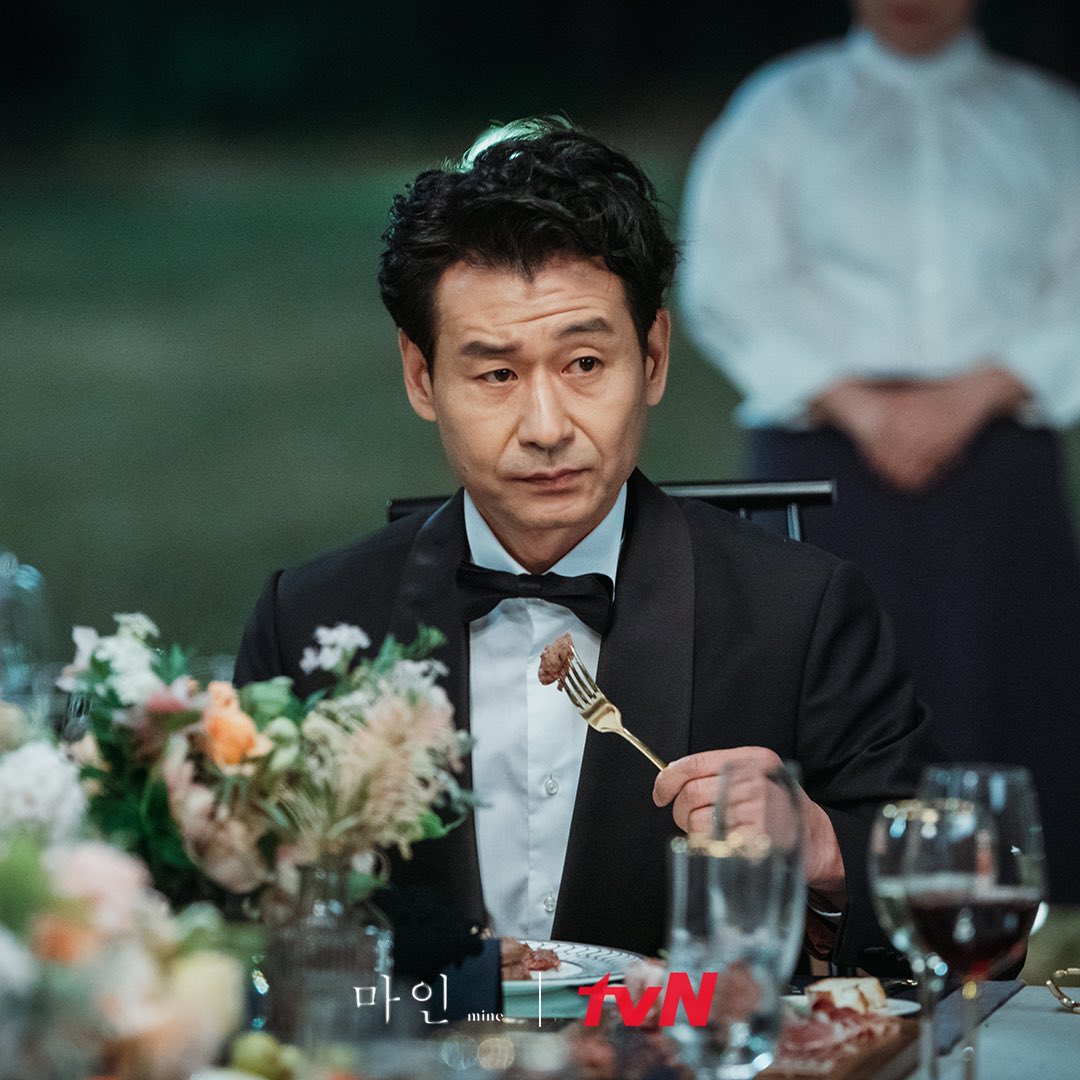 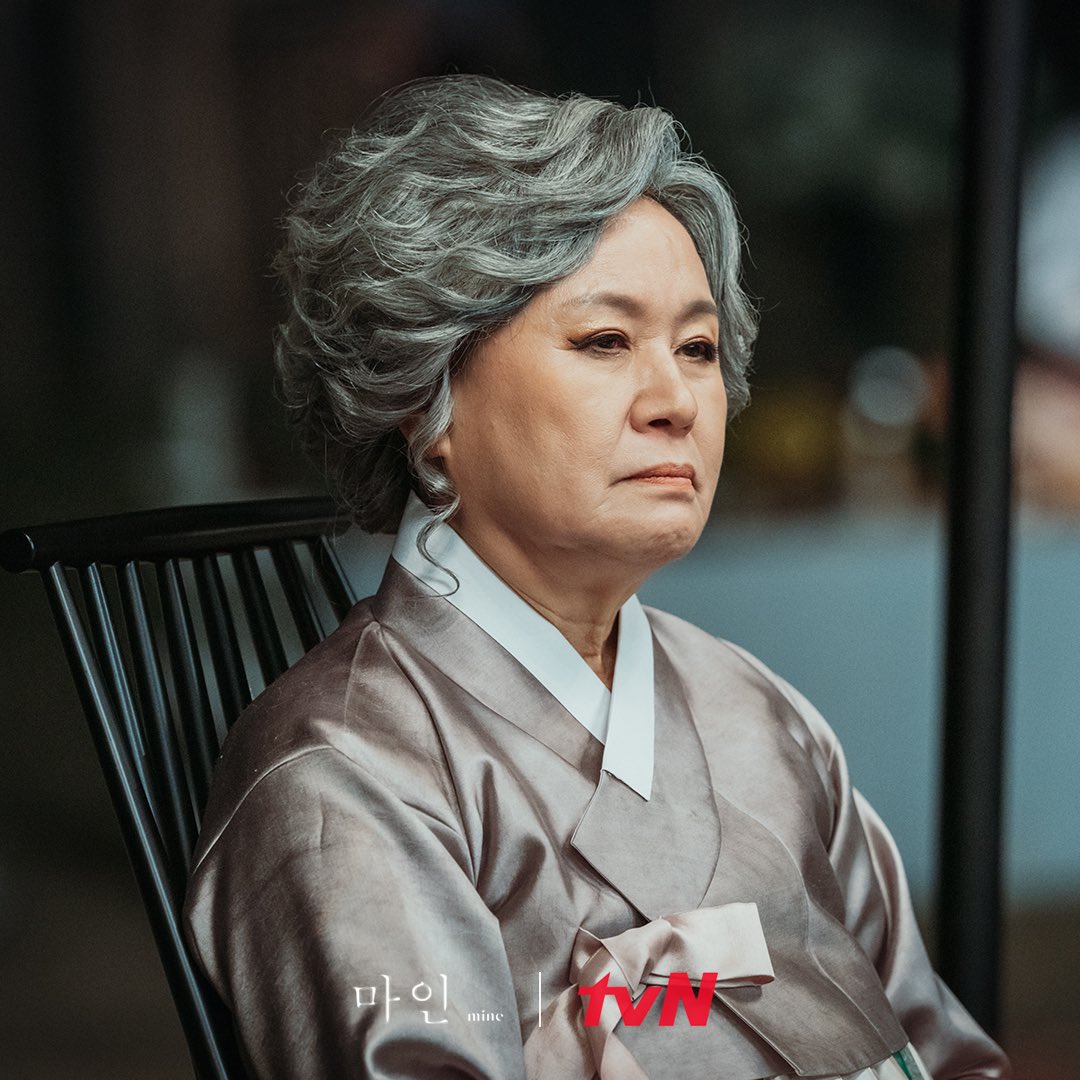 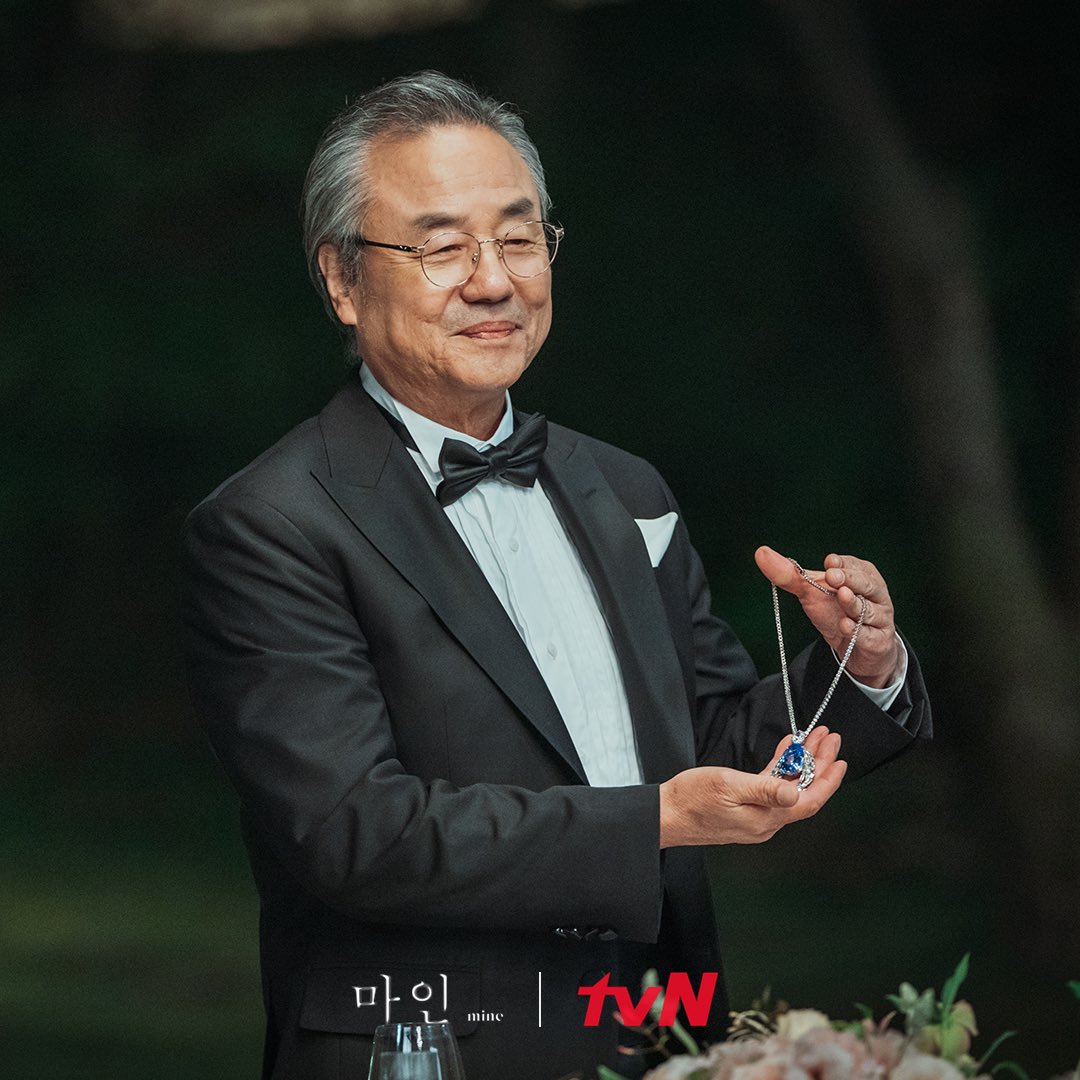 One point that hints tension in the drama is the appearance of private tutor Kang Ja Kyung (played by Ok Ja Yeon). She is watching the family from afar, and it’s almost as if she is spying on them. 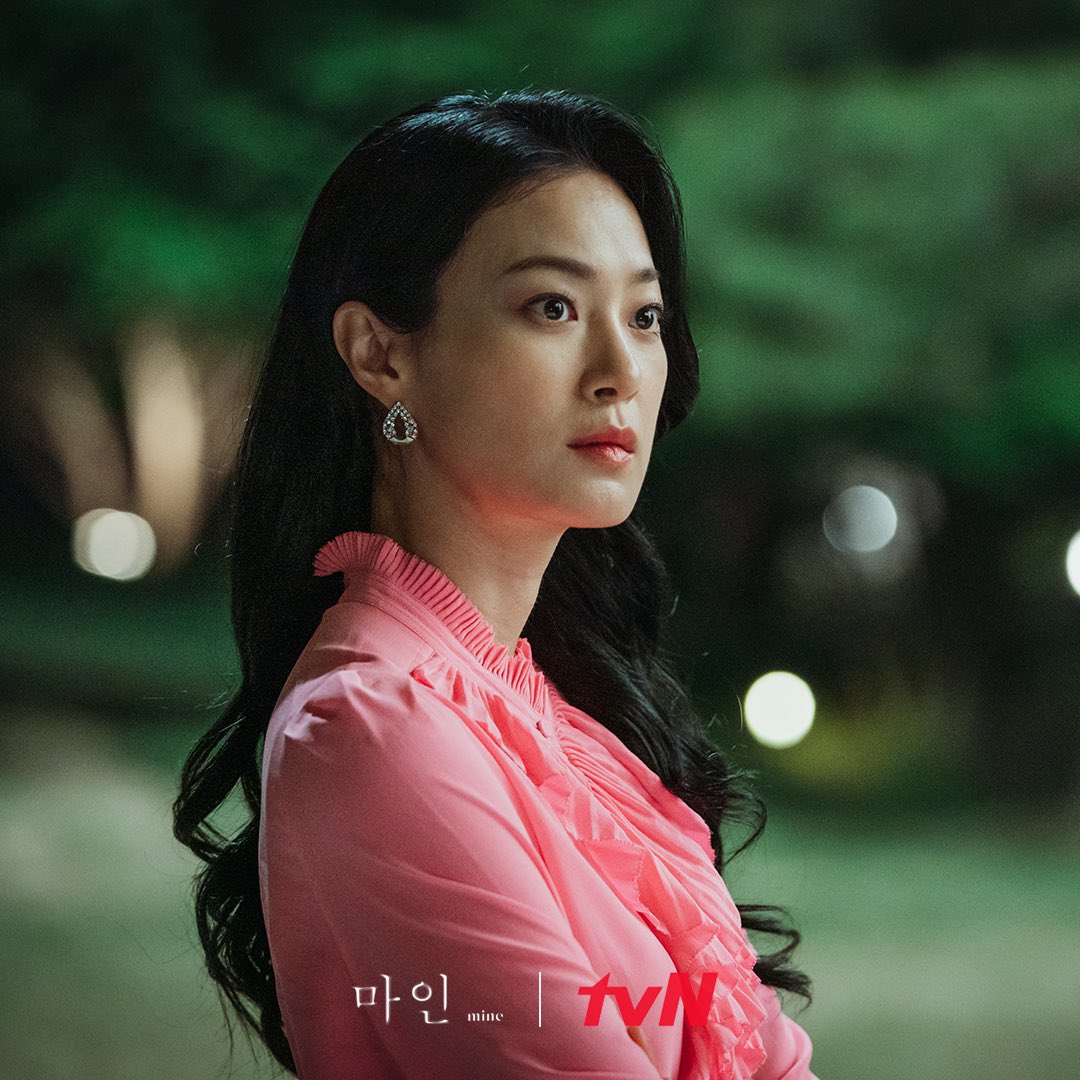 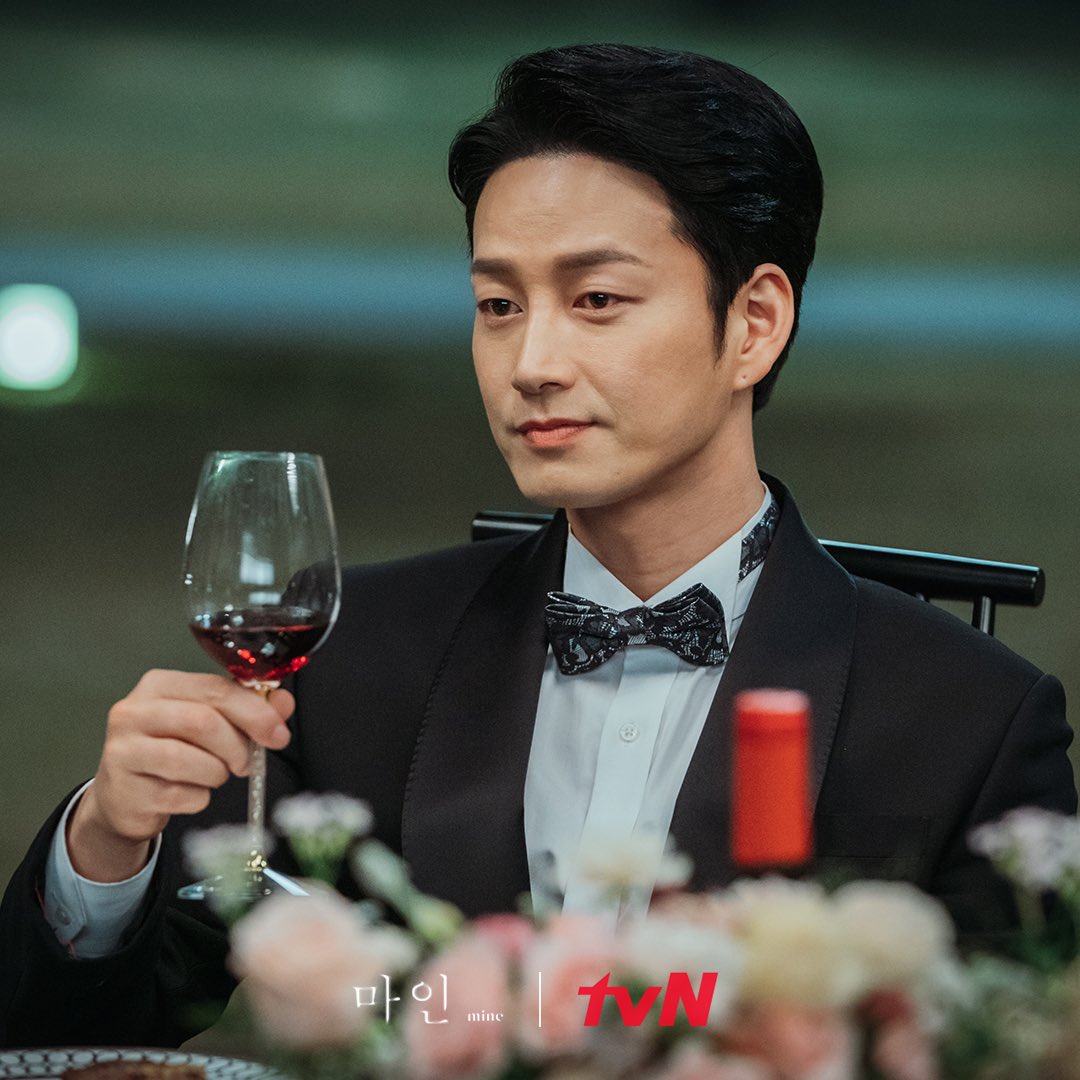 In the meantime, watch Lee Bo Young in “When My Love Blooms” with subtitles here: