Actor Gong Myung and NCT’s Doyoung appeared together in a pictorial for W Korea!

Asked how it felt for the “Kim Brothers” to star in their first joint pictorial, Doyoung said, “Isn’t it kind of special in itself that two brothers both work in the entertainment industry? I’ve always wanted to do a pictorial together, so I’m really proud. I even debated for a while about inviting our mom to come watch.” 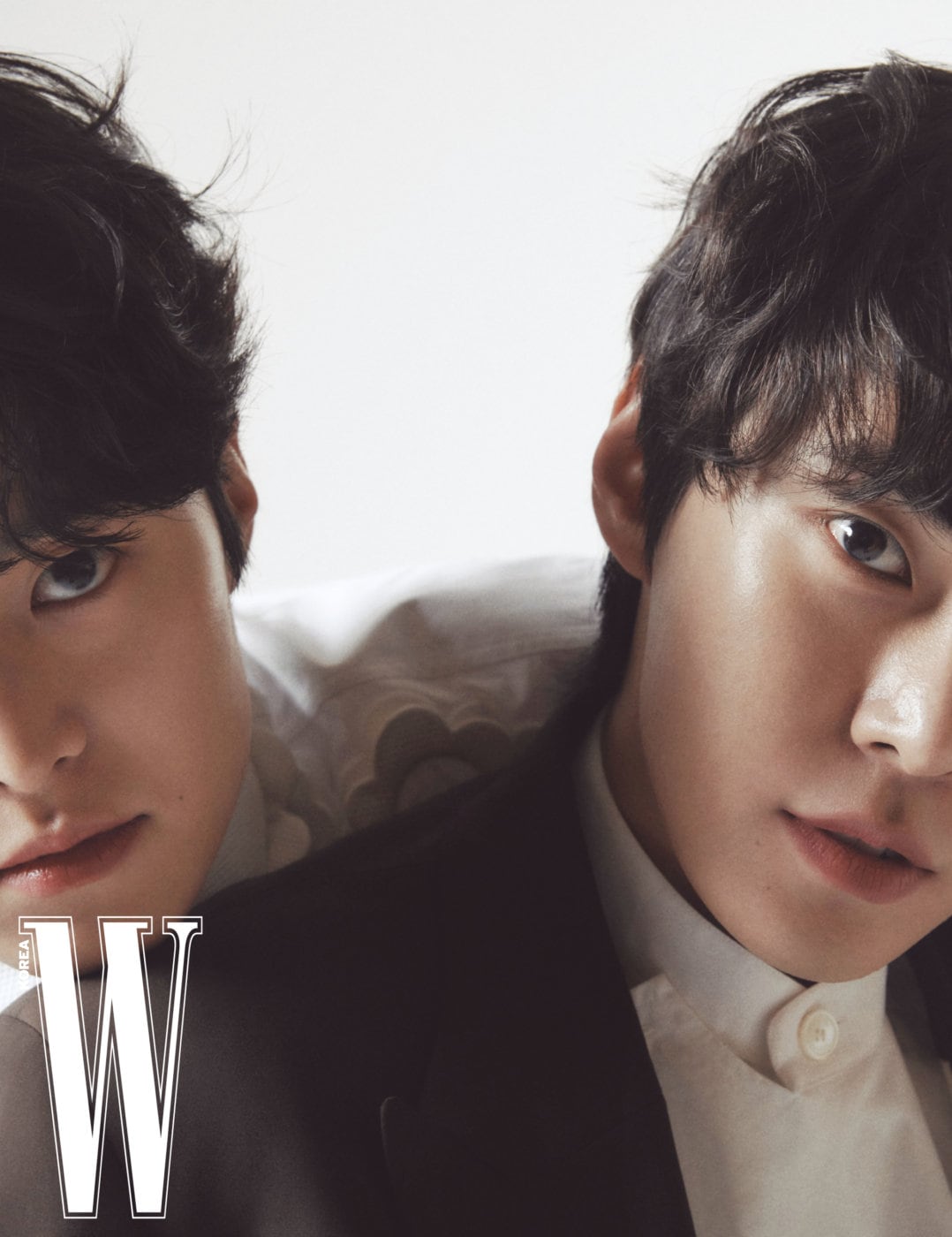 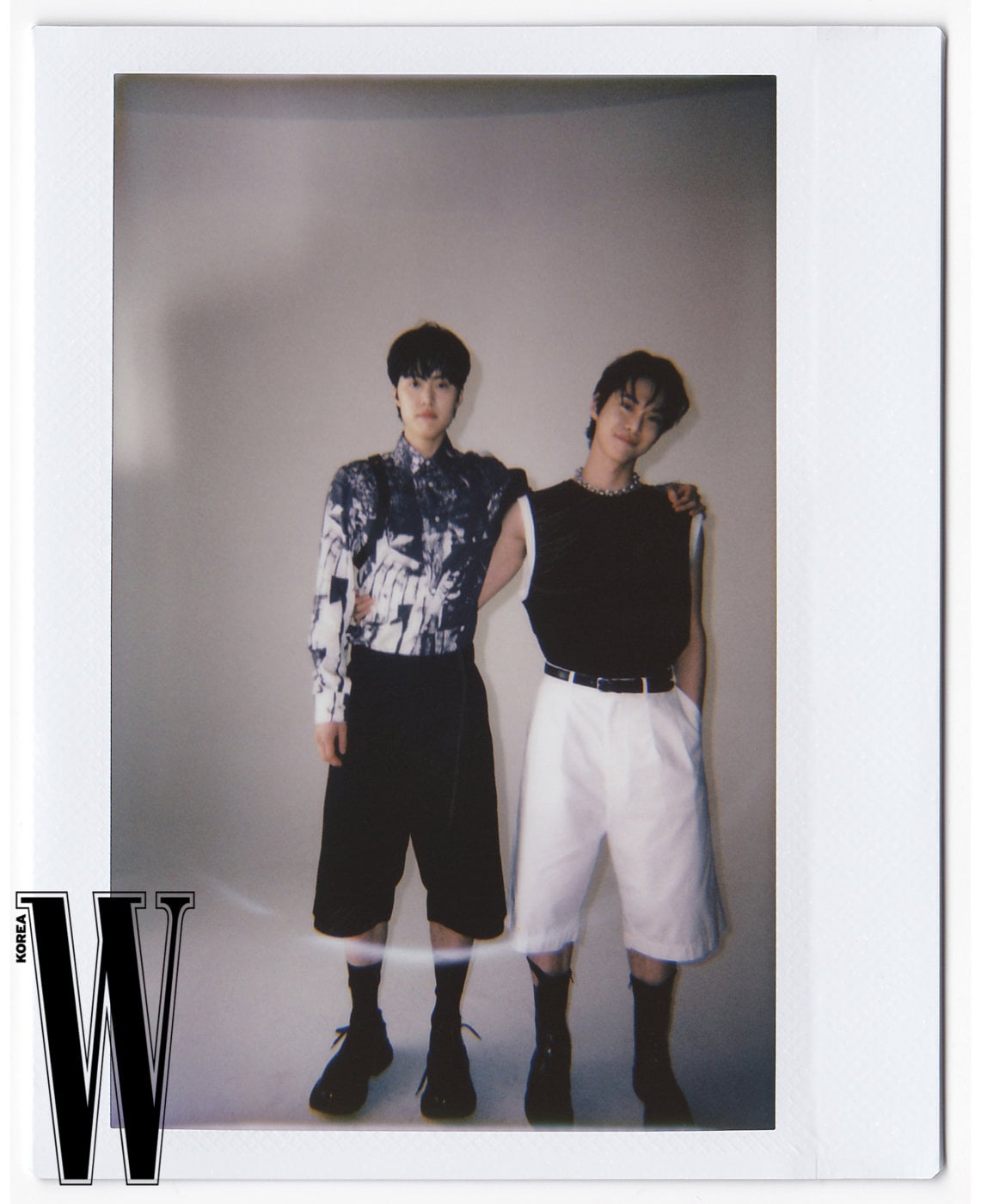 The interviewer mentioned that during their childhood in Guri, Gyeonggi Province, Gong Myung was known as the “F4” of the town, while Doyoung was the student vice-president of his high school and a vocalist in a band. Doyoung said, “Ever since hyung was young, he was tall and good-looking. Because of him, my own school life went smoothly. The older girls who liked him would try to get me into their clubs. There are seniors who even came to my class specifically to try and recruit me for their clubs.”

Gong Myung said, “It wasn’t quite like that. Guri was a small place. It was often the case that we all went to the same elementary, middle, and high schools, so almost everyone knew each other. Ever since I was little, I liked to play sports and had an active personality, so I had a lot of friends. That’s probably why it was like that.” 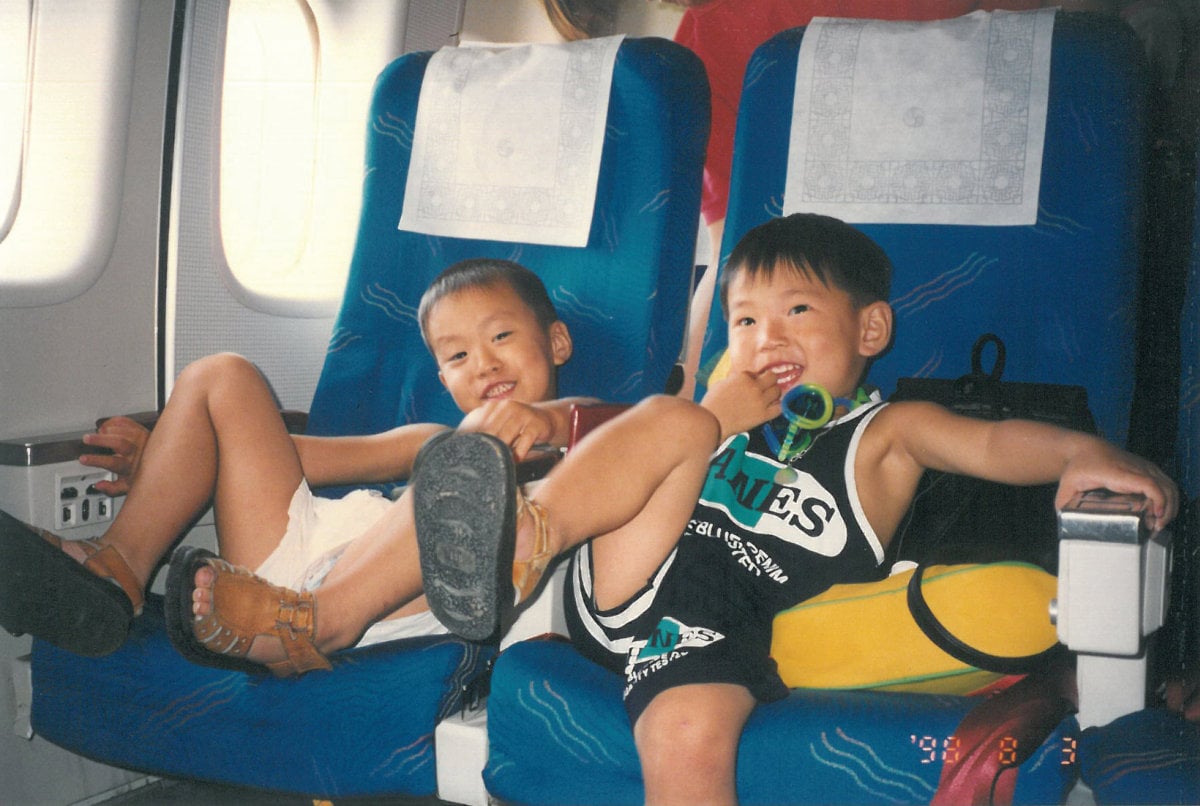 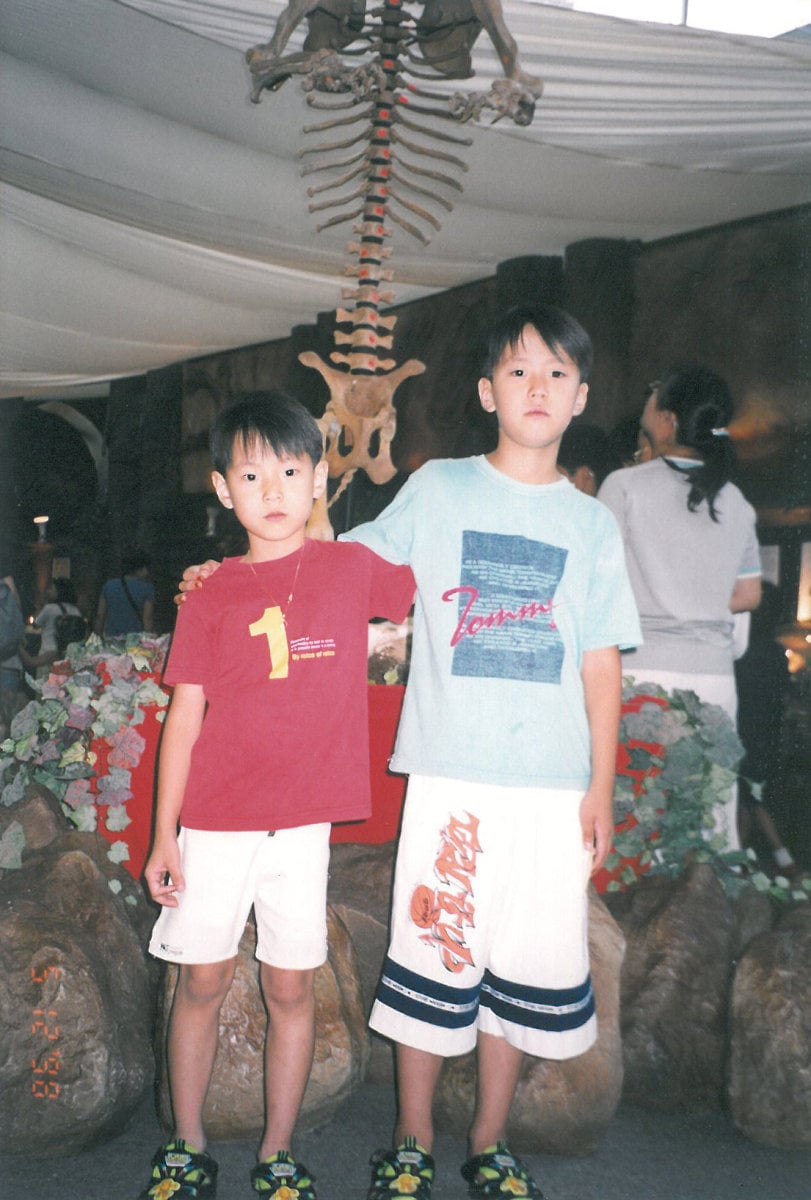 Asked who was more popular, Doyoung said it was Gong Myung and Gong Myung laughed and agreed. “That’s inevitable,” he joked. “But Doyoung also went around showing off his singing skills and won awards and got popular.”

Doyoung said, “I was popular as his younger brother. He was really good at running and soccer and all sports. Whenever we had a sports day at school, he would be the star. You know how when you run relays, there’s always someone who runs last and changes the race? That was hyung. Before high school, I wasn’t the type to go around and show off my singing. It was only in high school that I started to appear in talent shows and sing and people started to know my name. But I wasn’t as popular as him.” 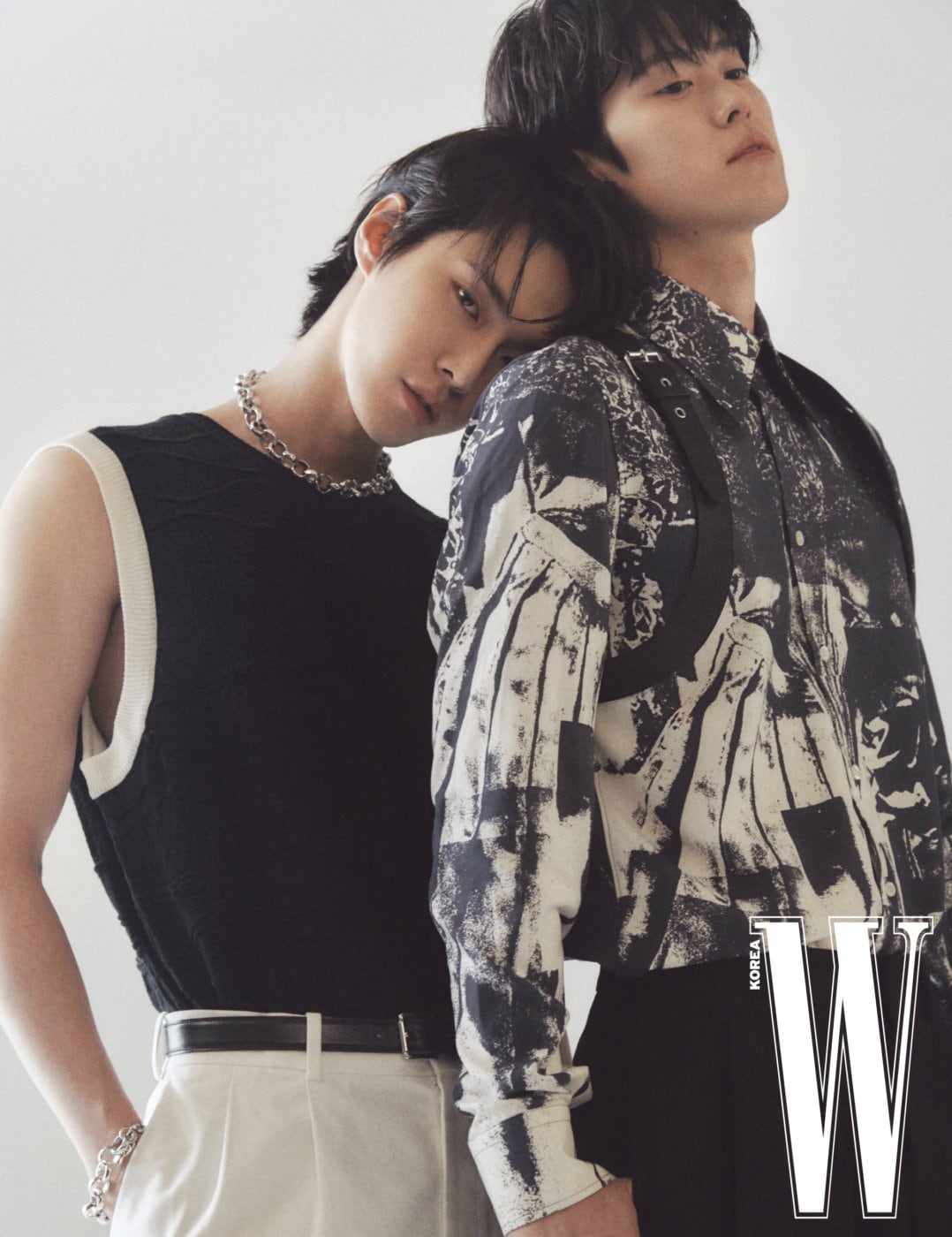 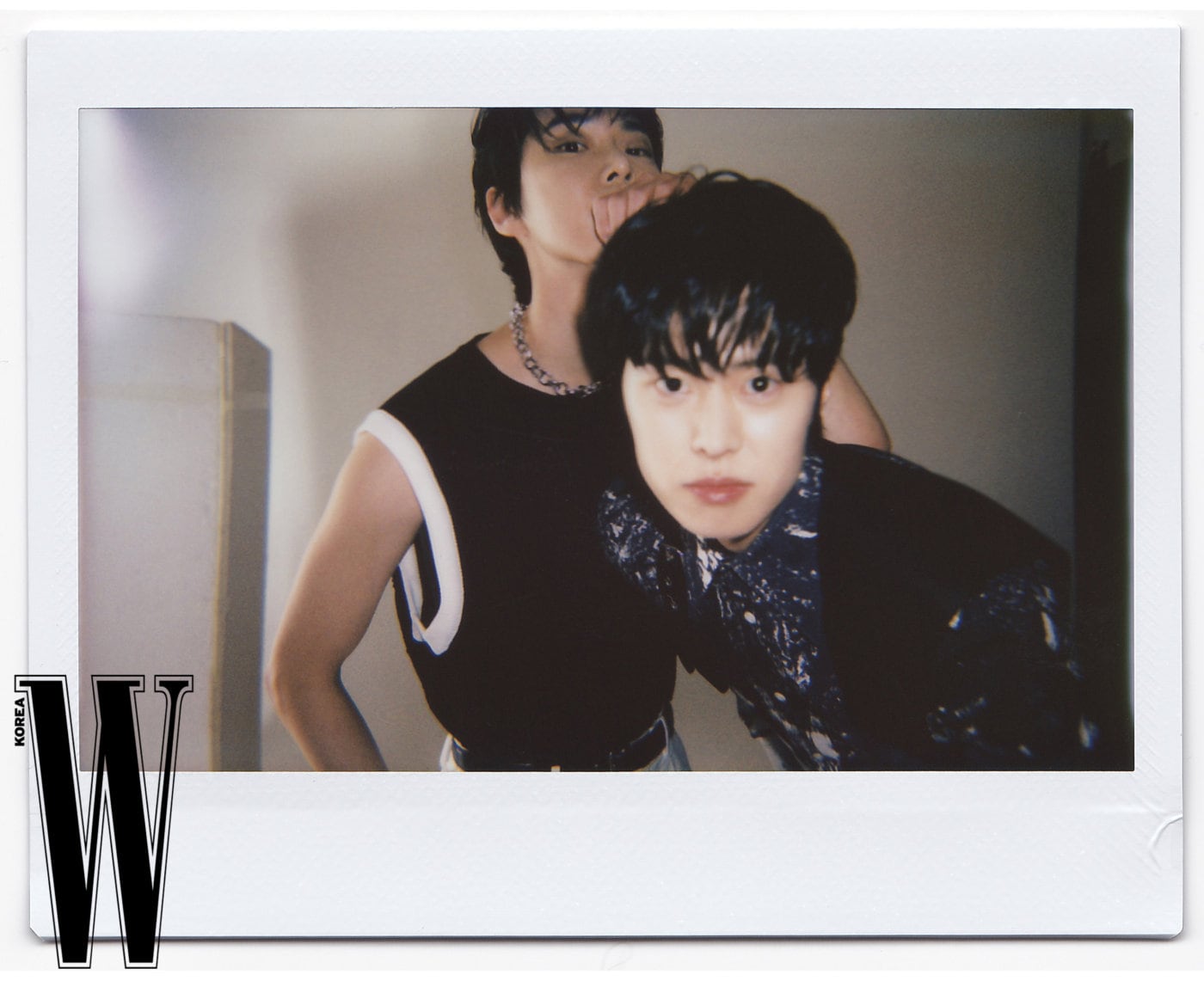 Doyoung shared that Gong Myung had been a great older brother to him. “He was the type to take care of me even when it was hard on him,” he said. “He’d go and play with his friends and I’d always tag along and he didn’t have the heart to tell me to go away. Whenever we played together with his friends, he’d check on me now and then to make sure I didn’t get hurt. But I was afraid that he wouldn’t want to hang out with me anymore, so I told him that I could do everything myself.”

Gong Myung said, “Ever since we were little, our parents encouraged us to take care of each other as brothers. Even when we were still in school, I had the mindset that I needed to take care of him, but that’s all changed. He’d become an adult and moved to a dorm and is working as a singer. When we meet at our parents’ house, I often think about how his speech and actions have changed and think, ‘He can do well on his own.’ Now I’m just proud of and thankful for him.” 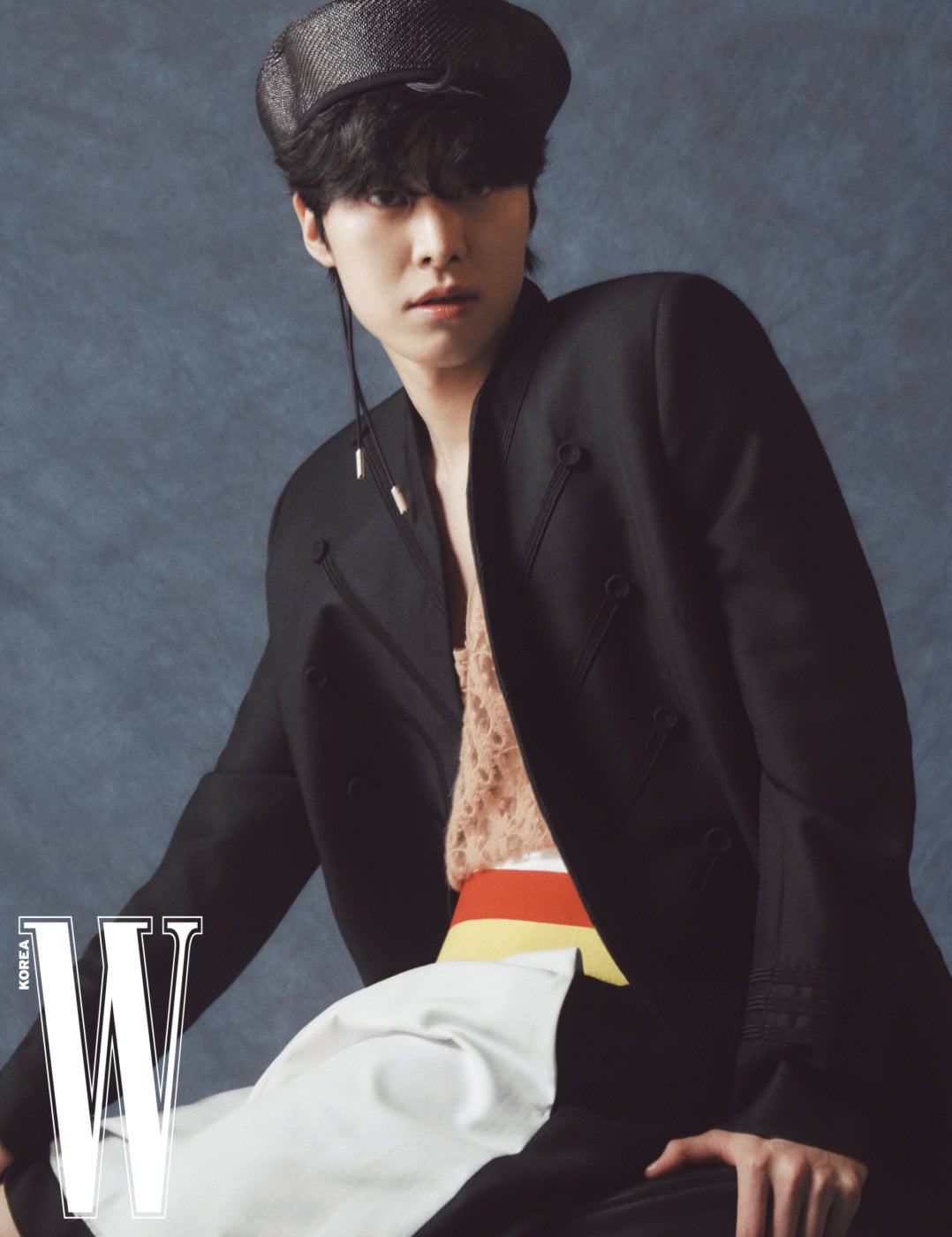 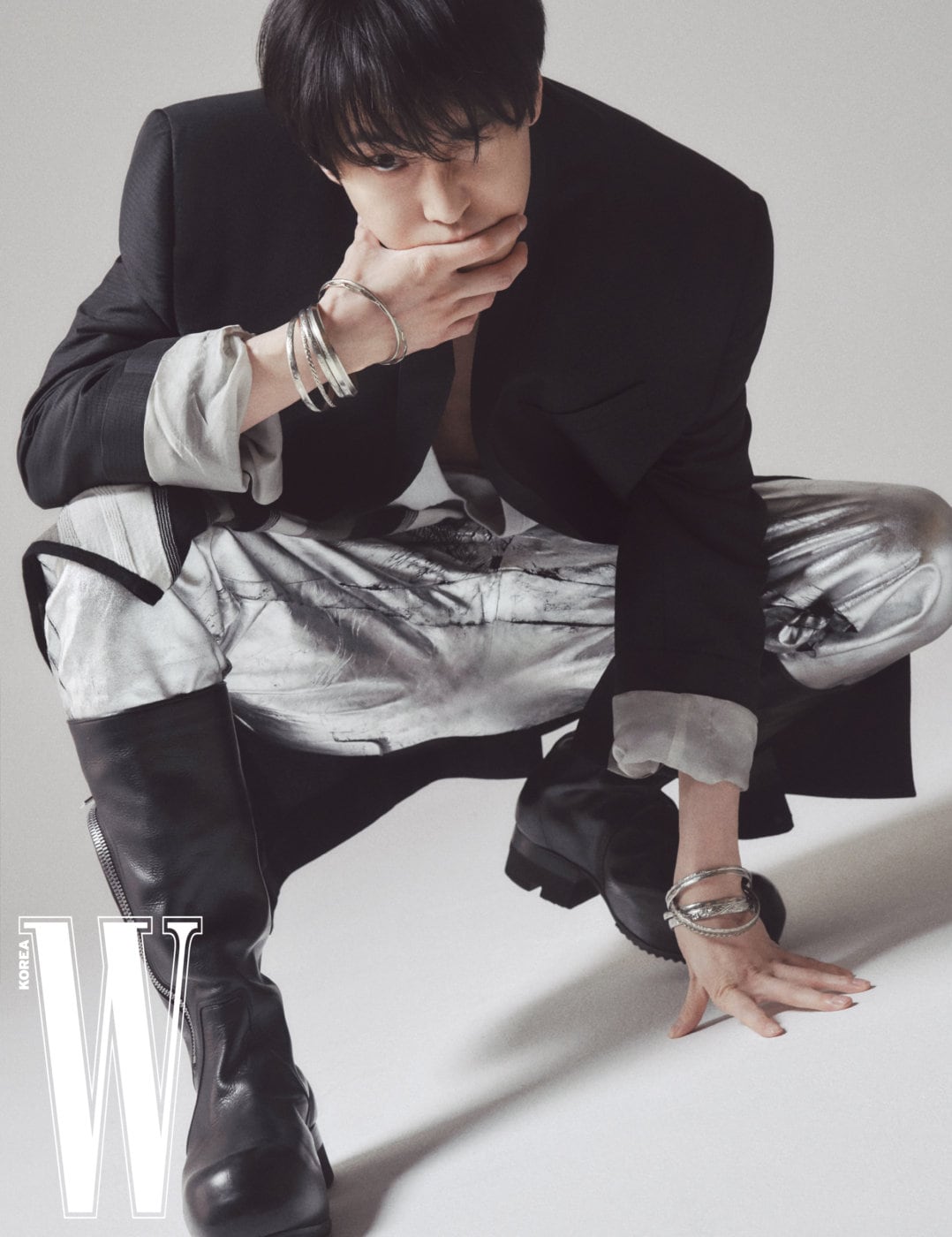 Doyoung was asked what he thought of his brother as an actor, and Gong Myung vice versa as a singer. Doyoung said, “I think that hyung will become an even cooler actor as he gets older. He’s really good now, but he always says that he wants to live as an actor even as he gets older. I think that it’s really cool that he acts with an eye toward what’s ahead rather than focusing on the results of his most recent project. Because it’s easier to get caught up in the results that you can see right in front of you.”

Gong Myung said, “Doyoung is doing really well now. I can see his desire to show fans the music that he wants to make. He also recently took on the challenge of a short-form drama. I think that people want idols these days to be multi-talented, but even when just reading scripts together, I could sense his acting potential.” 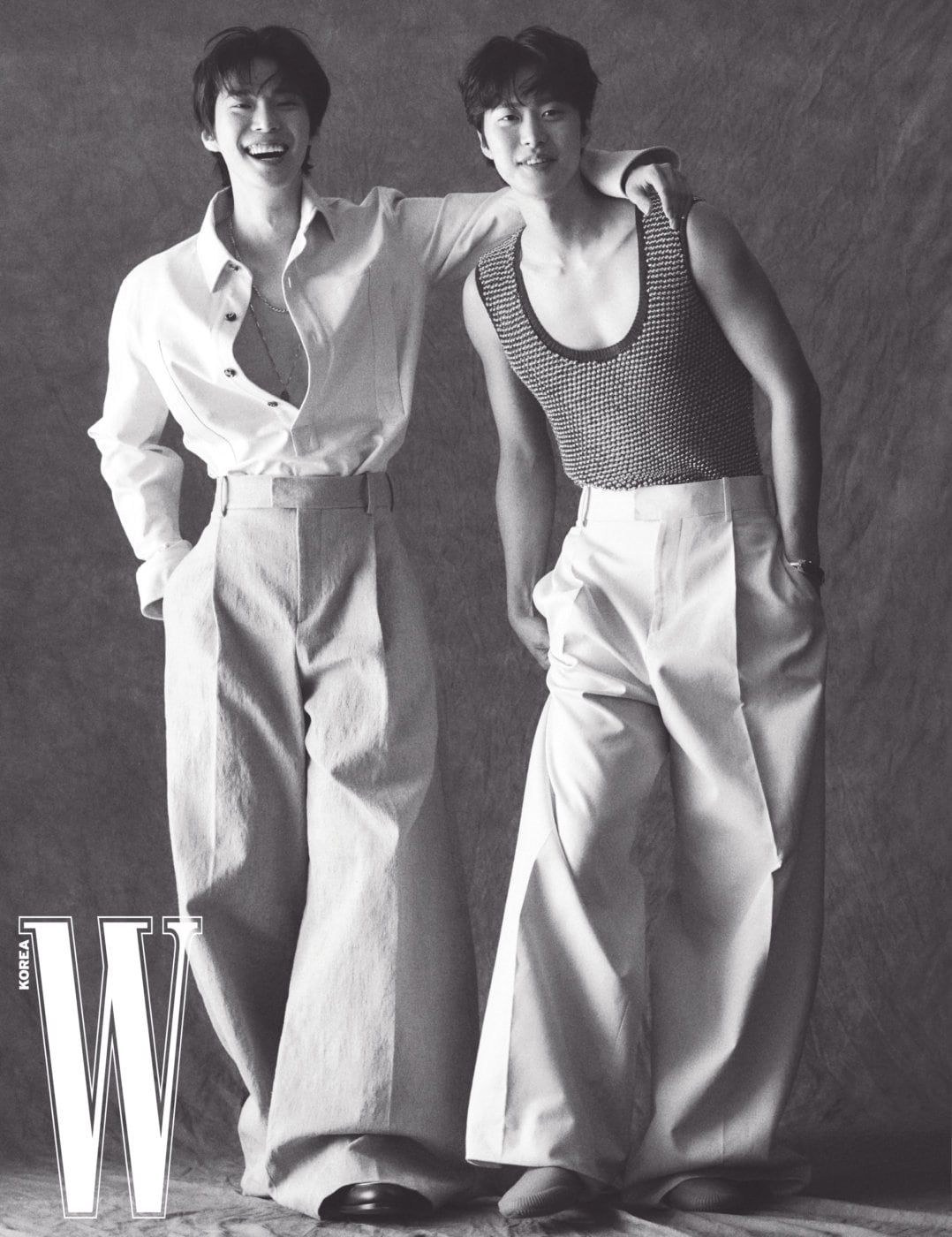 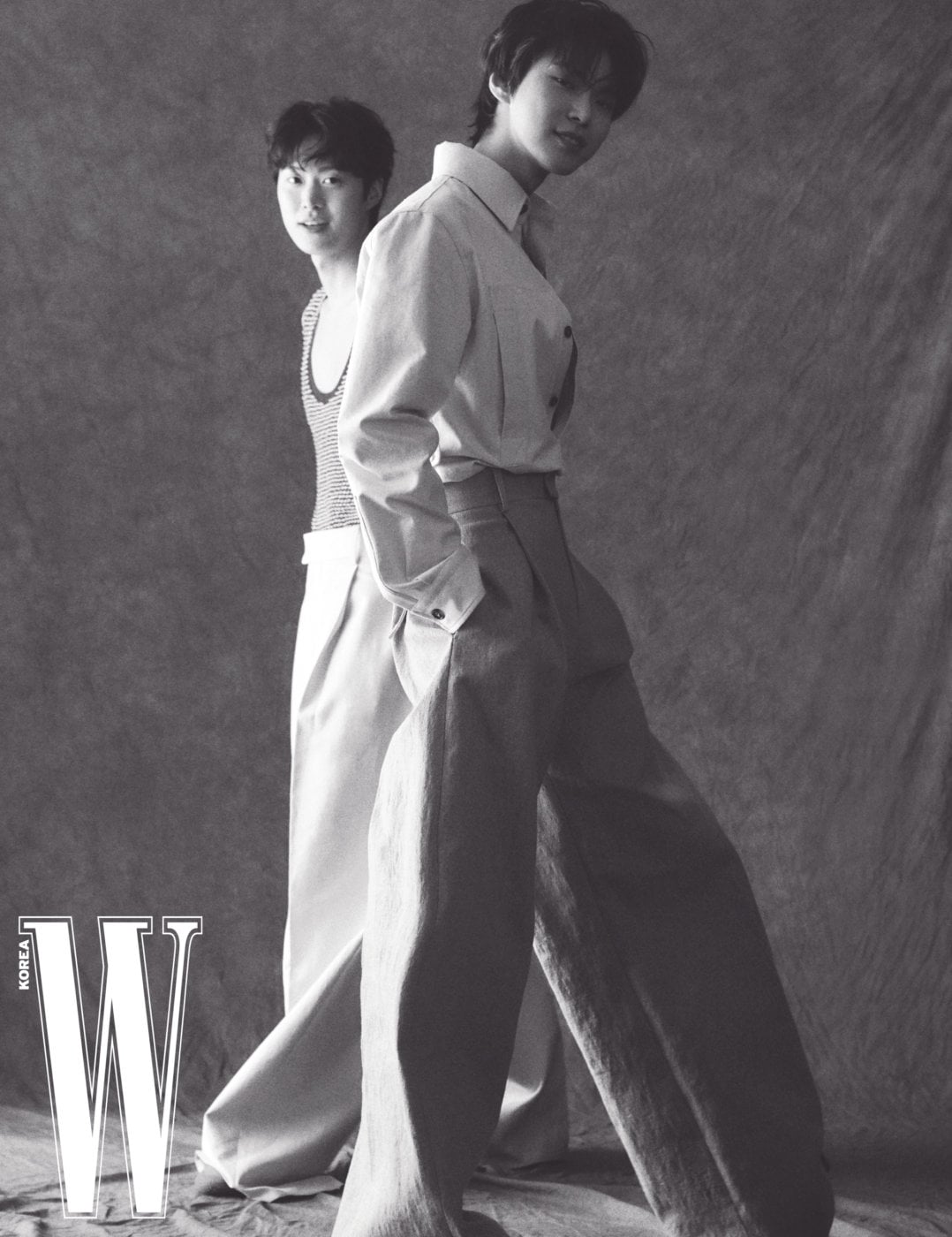 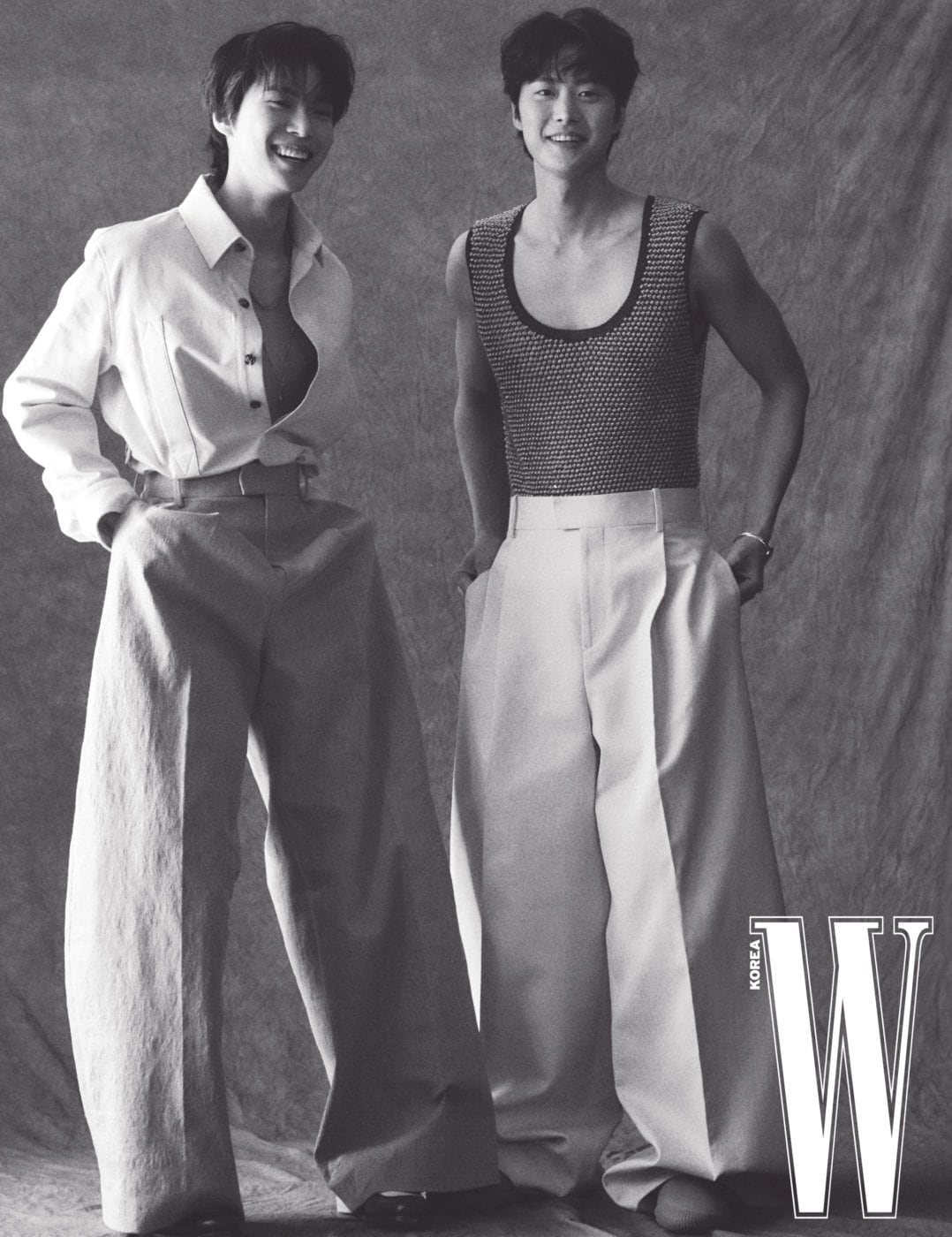 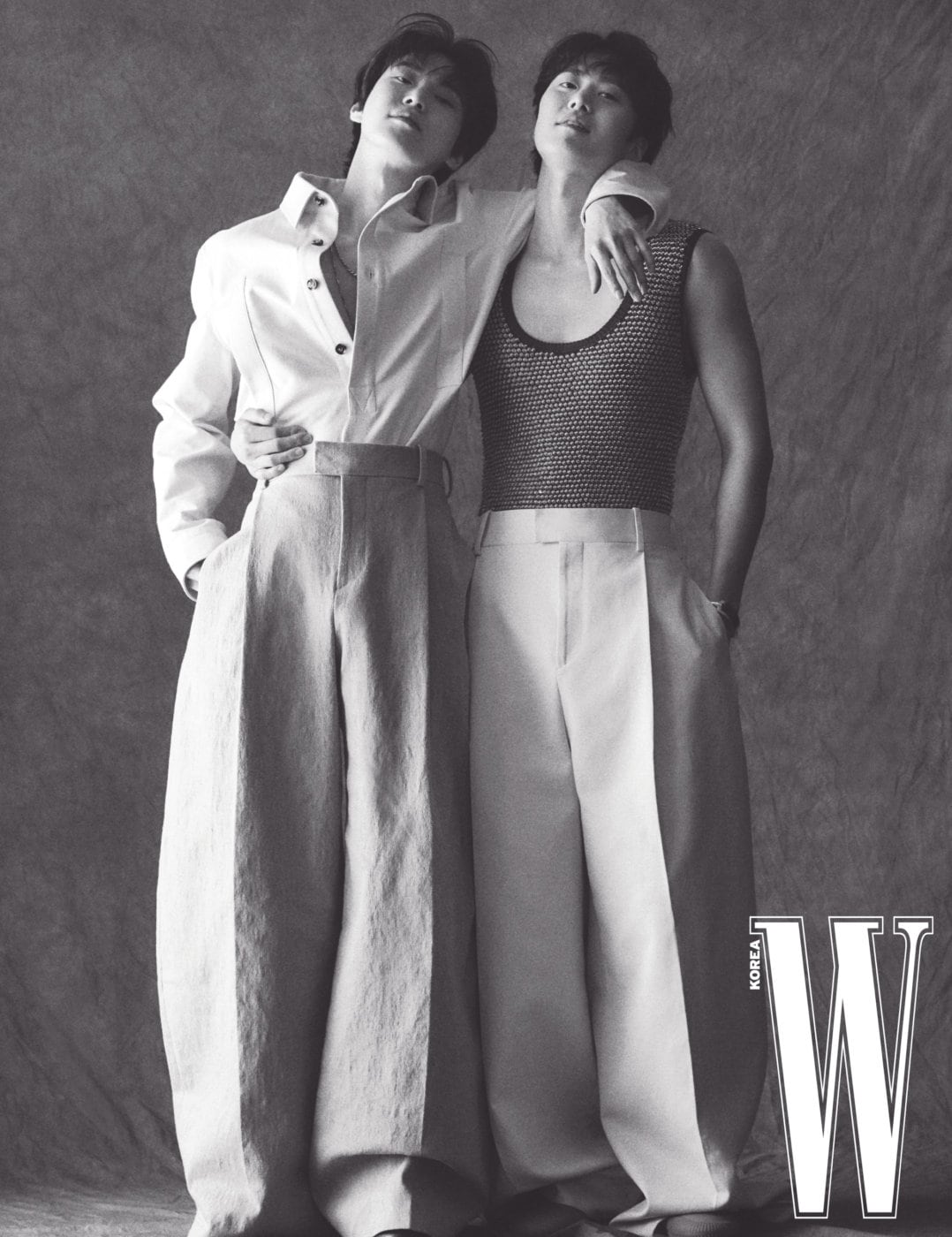 Check out Gong Myung in “Melo Is My Nature” below!

NCT
Gong Myung
Doyoung
W Korea
How does this article make you feel?