On May 7, Song Joong Ki took part in a phone interview with YTN Star about his hit drama “Vincenzo.”

Song Joong Ki shared, “I made my debut at an older age, but I luckily received lots of work opportunities and only had a short period of obscurity. I especially felt the pressure to do well when given an opportunity because I started out late. ‘Vincenzo’ was my first project that broke free from that pressure. Because dramas are filmed under a tight schedule, there is an impression that it’s tough. But ‘Vincenzo’ was a production that taught me that it’s possible to work joyfully on set without having a hard time. As we continued to film, I felt more at ease, and I was glad that I chose ‘Vincenzo.'” 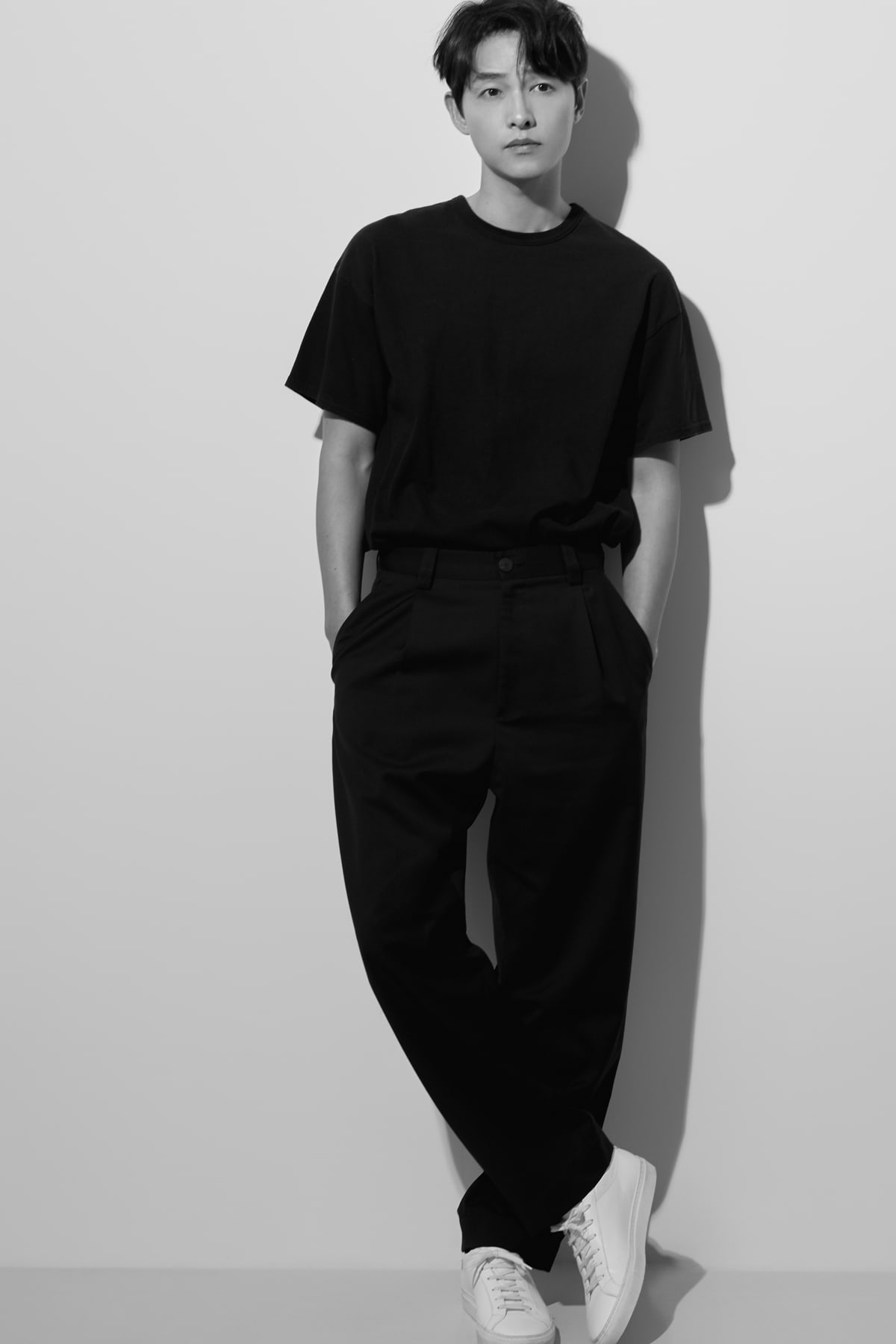 The actor revealed that he overcame his uncertainty about taking on comedic acting through “Vincenzo.” “When I choose a project, I tend to avoid portraying an image I’ve already portrayed. Playing the same kind of role again feels like I’m showing no growth, so I’m not afraid of taking on new challenges even if I’m criticized for it,” he shared.

He also explained that “Vincenzo” helped fulfill his desire to act in many different genres because the drama contained various genres all in one. Asked if he gained any know-how from portraying multiple genres in a single production, Song Joong Ki responded, “Not at all. When I run into a wall while I’m acting, I look for the answer in the script. I don’t look anywhere else and try to find it within the script. Through ‘Vincenzo,’ I felt once more that this method is right for me.”

Mentioning that “Vincenzo” was the darkest project he has taken on until now, Song Joong Ki expressed his hope to act in an even darker production. “I still have a thirst for different genres,” he remarked. 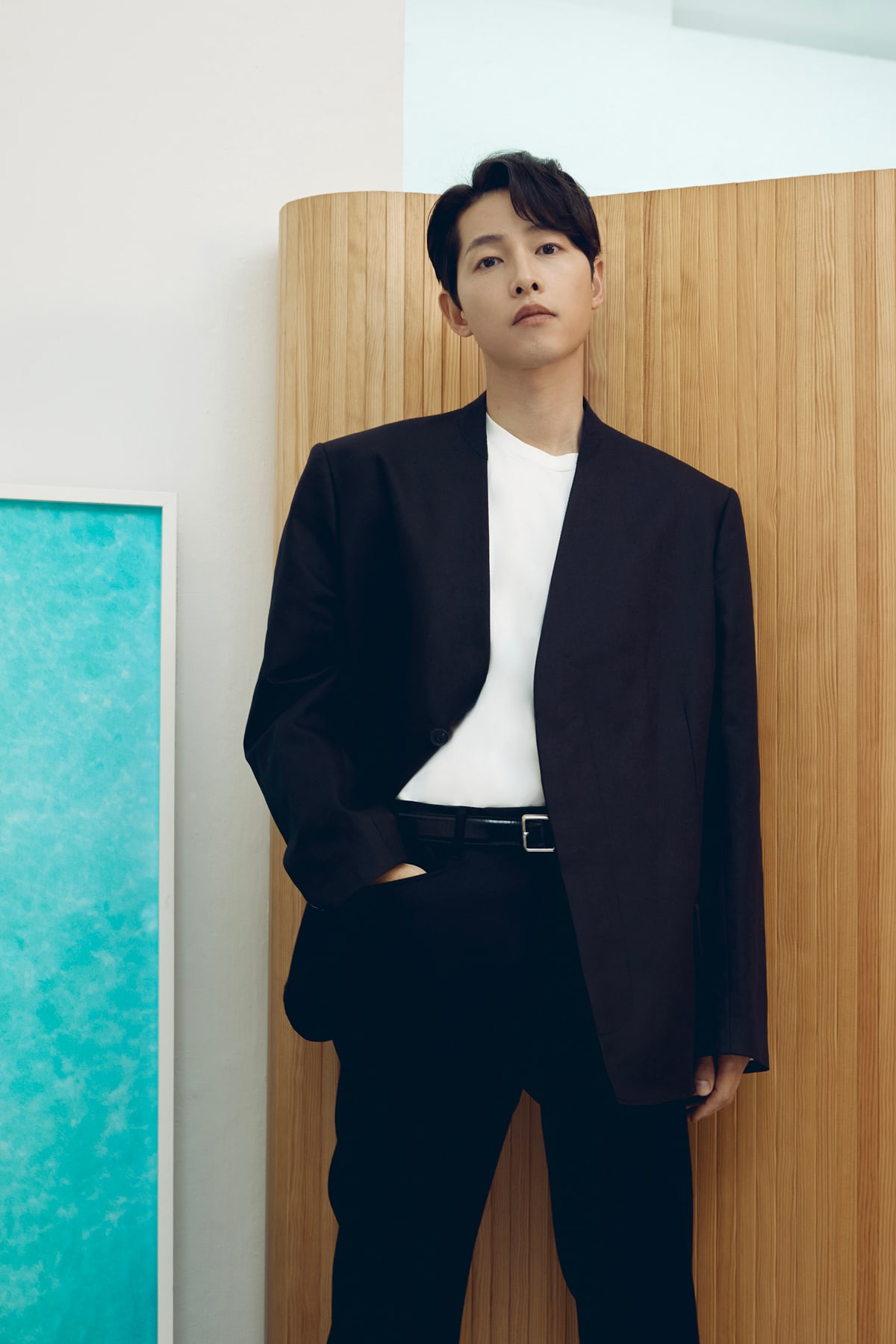 In the final making-of video for “Vincenzo,” Song Joong Ki was spotted tearing up on his last day of filming. He revealed, “I was the only one caught crying on camera, but all of the actors cried. It was such a fun production that I didn’t want to say goodbye, and I always get emotional when the final shoot ends.”

He also thanked his fellow “Vincenzo” actors for their outstanding acting and teamwork. He described the scene in episode 17 where the Geumga Plaza tenants comfort Vincenzo after he loses his mother. “In the scene, the other actors acted with sincerity even when they were not being filmed. I felt their energy. I cannot forget the look in the actors’ eyes when they acted with consideration for their co-stars.” 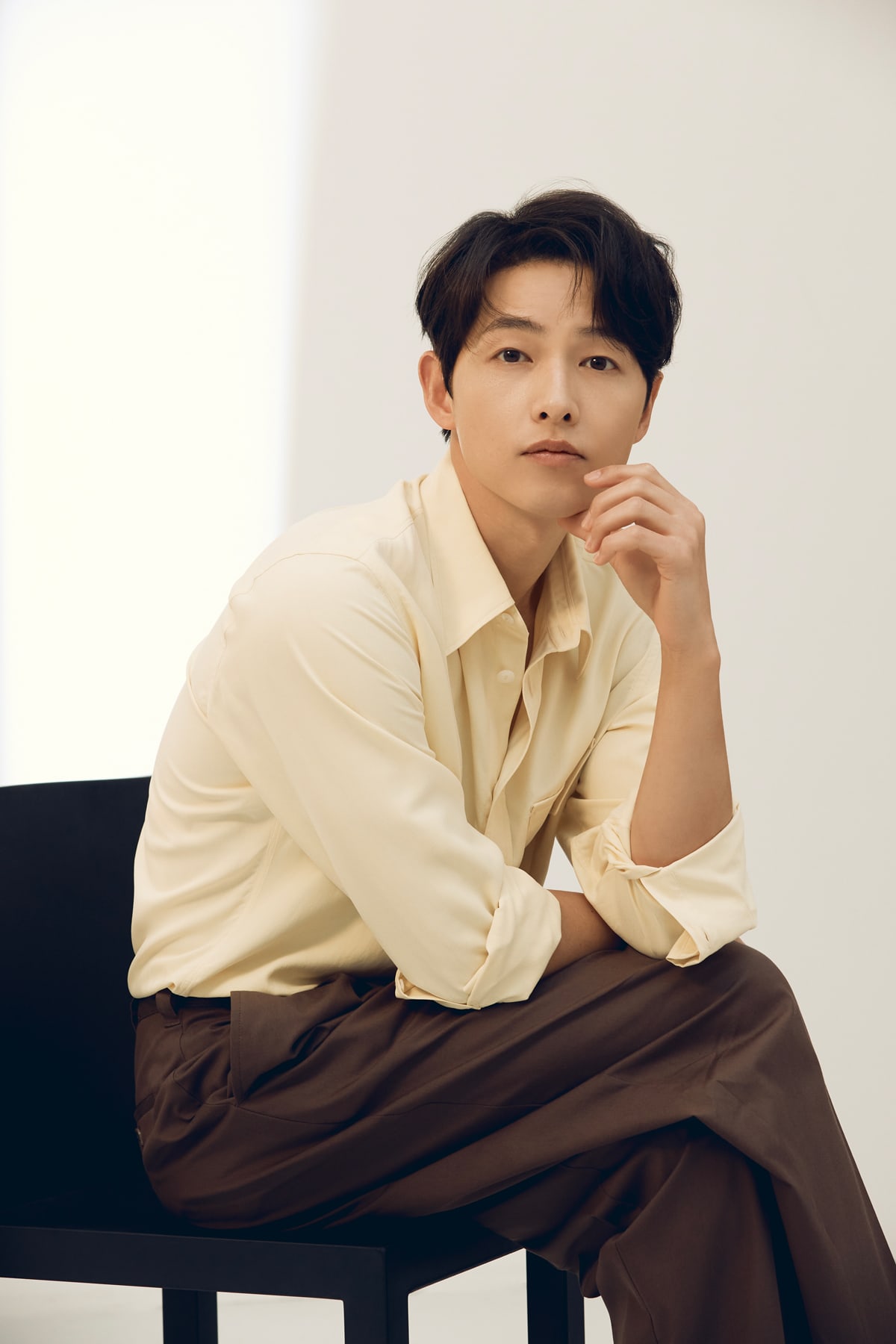 When the interviewer asked what Song Joong Ki thought was his charm as an actor, he shared with a laugh, “This is the most embarrassing question and the question I least want to answer.” He continued, “Honestly, I don’t believe I’m someone with amazing talent. I tend to think, ‘Since I don’t have great talent, I should at least be hard-working.’ Sometimes, being overly modest may not be viewed as being modest, but I actually think that way when I act. It’s an embarrassing question, but I think trying hard to be diligent is the biggest aspect.”

Also watch Song Joong Ki in “Descendants of the Sun“: