On the May 9 episode of KBS’s “2 Days & 1 Night Season 4,” the six members continued their trip in Buan, North Jeolla Province.

During the episode, the six members were divided into two teams, and Kim Seon Ho, Moon Se Yoon, and Ravi‘s team had won the dinner for webfoot octopus and pork belly. Moon Se Yoon then gave the other three members a chance to eat some food by telling them to compete in a “weakness battle,” where they had to call out each other’s weaknesses without giving up on the game. 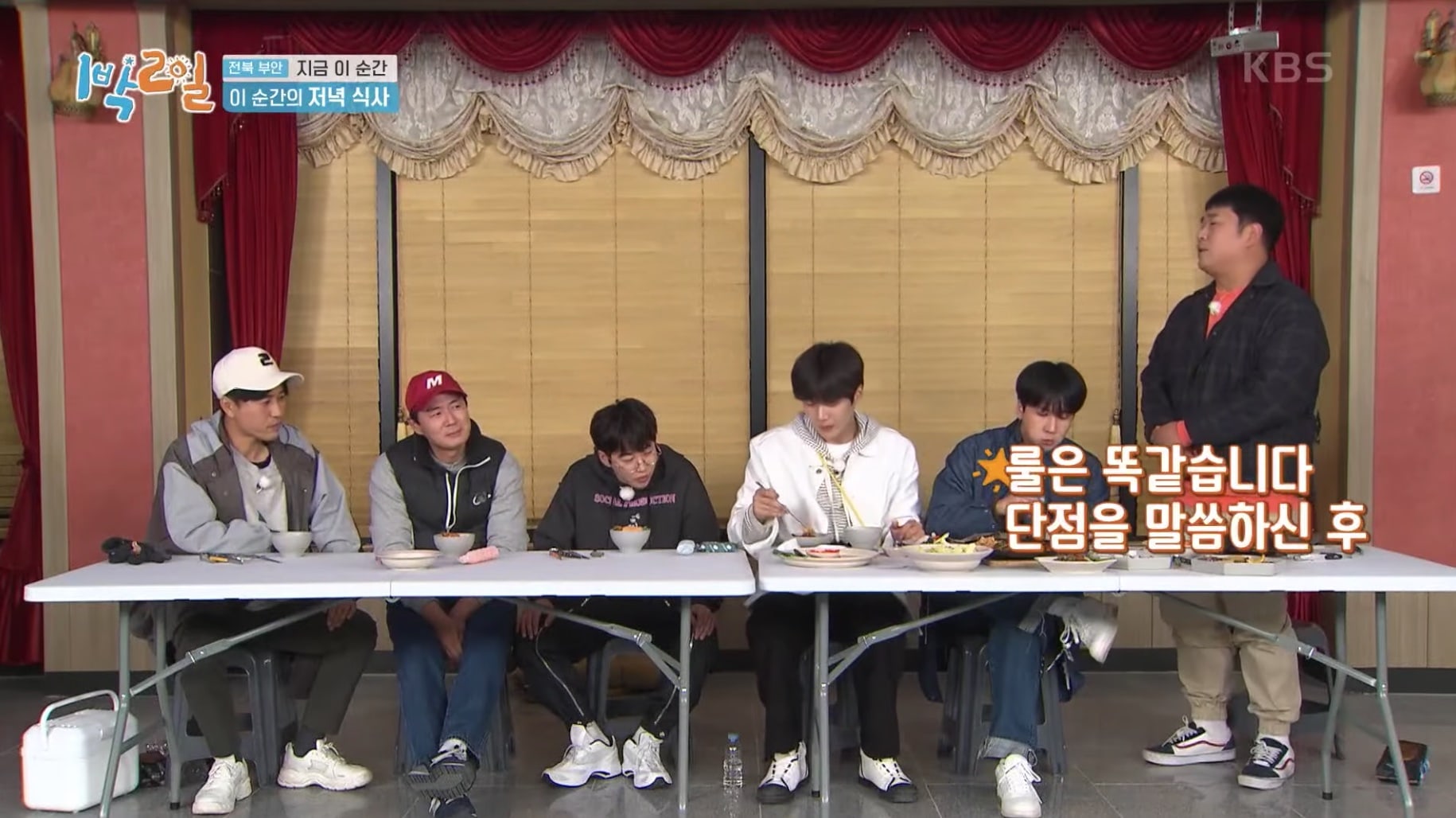 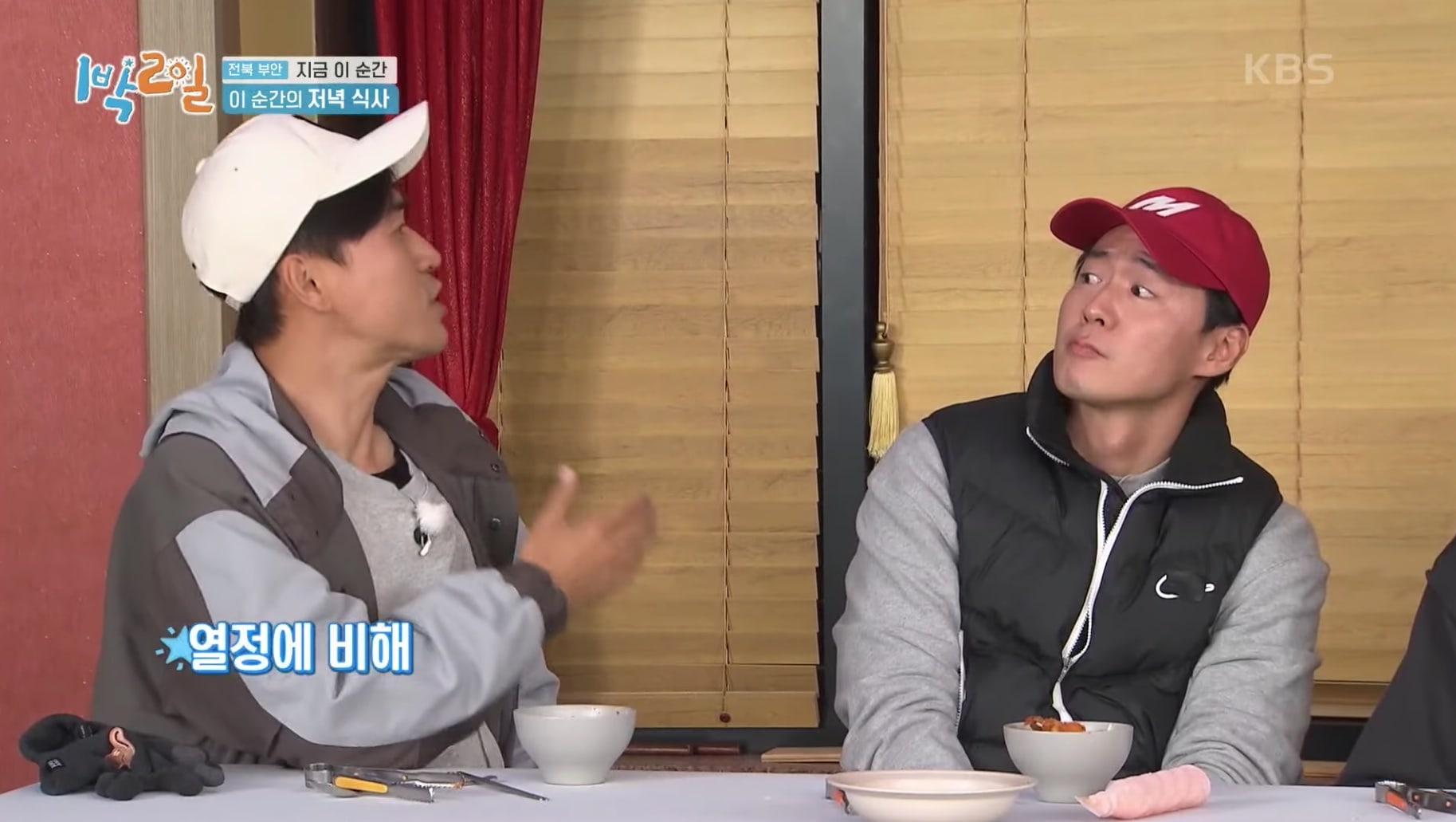 Kim Jong Min then said to DinDin, “You’re nothing but what’s on the outside.” But DinDin gave Kim Jong Min a suspicious look and teased, “I don’t know if I can say this…” Surprised, Kim Jong Min blurted out, “Don’t.” 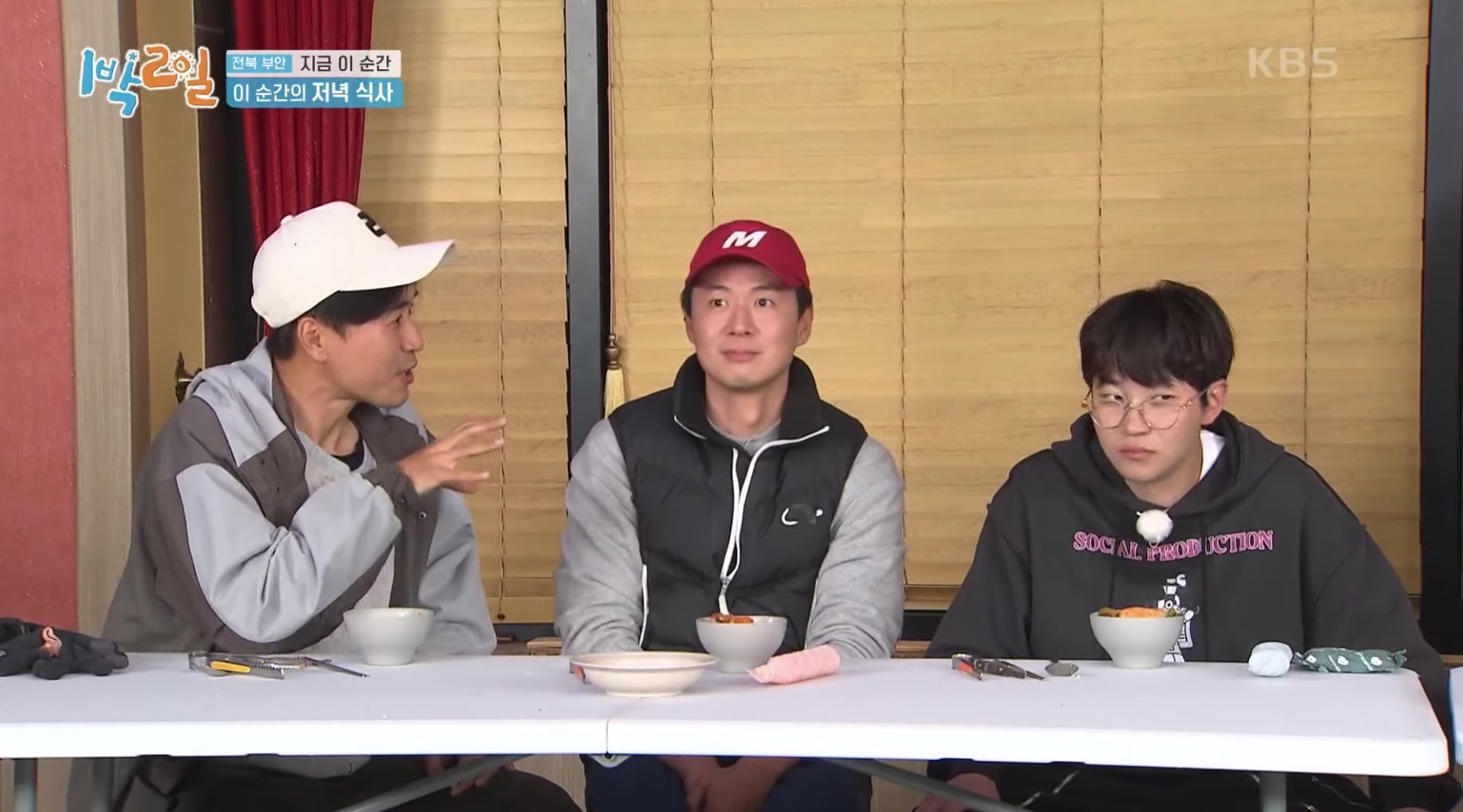 DinDin teased, “I’ve been spending a lot of time in close proximity to Kim Jong Min these days. I meet him about three times a week.” Kim Jong Min abruptly cut him off and said, “Don’t say it. I’ve lost,” and surrendered the game. 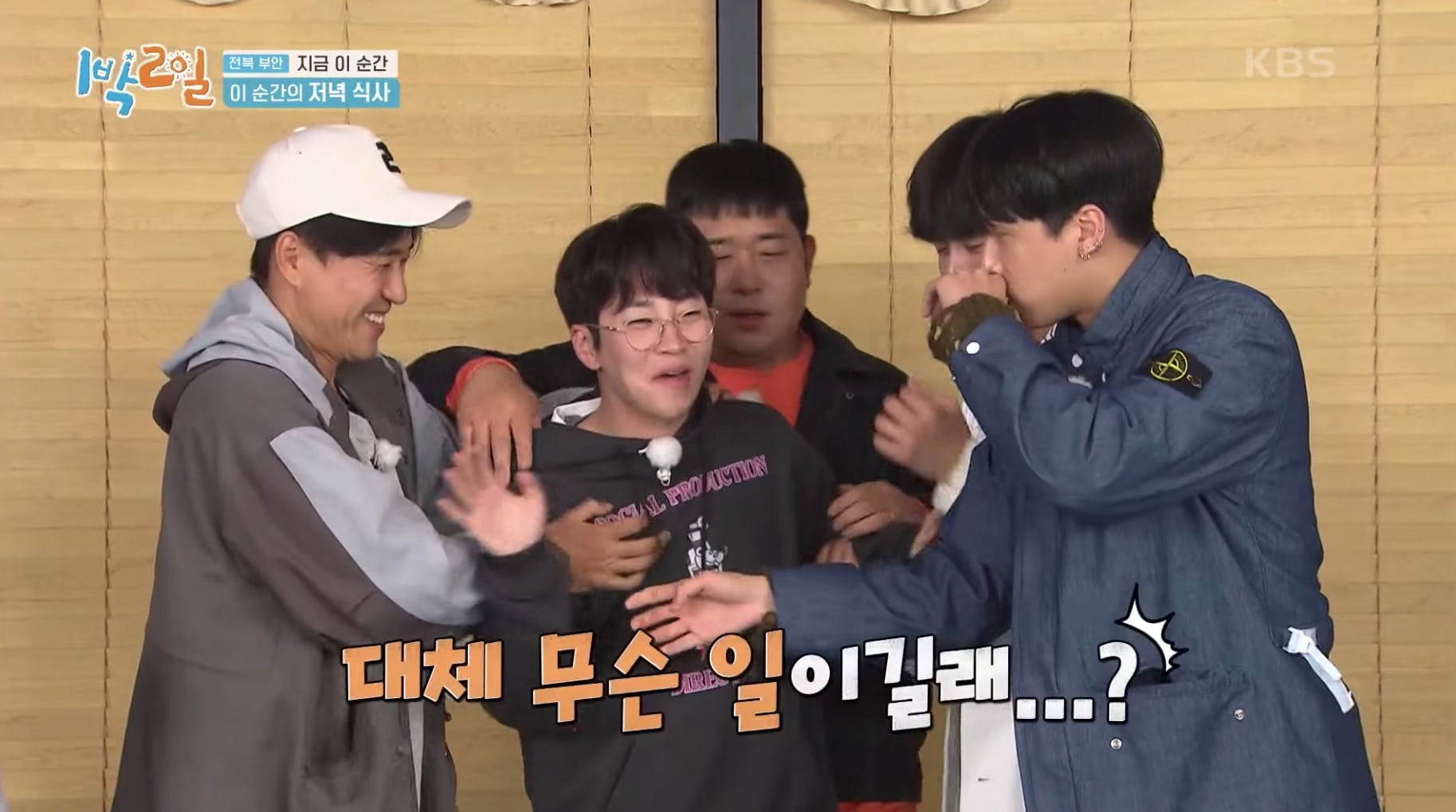 Even though Yeon Jung Hoon and DinDin won the game, Moon Se Yoon kept asking DinDin about the “secret” that he had almost revealed. In exchange for more octopus, DinDin then revealed three keywords to the “secret,” saying it was related to “a Pilates instructor,” “happy birthday,” and “gifticon.” Kim Jong Min retorted, “I should get an octopus if it’s already like this,” and in the end he got his wish. 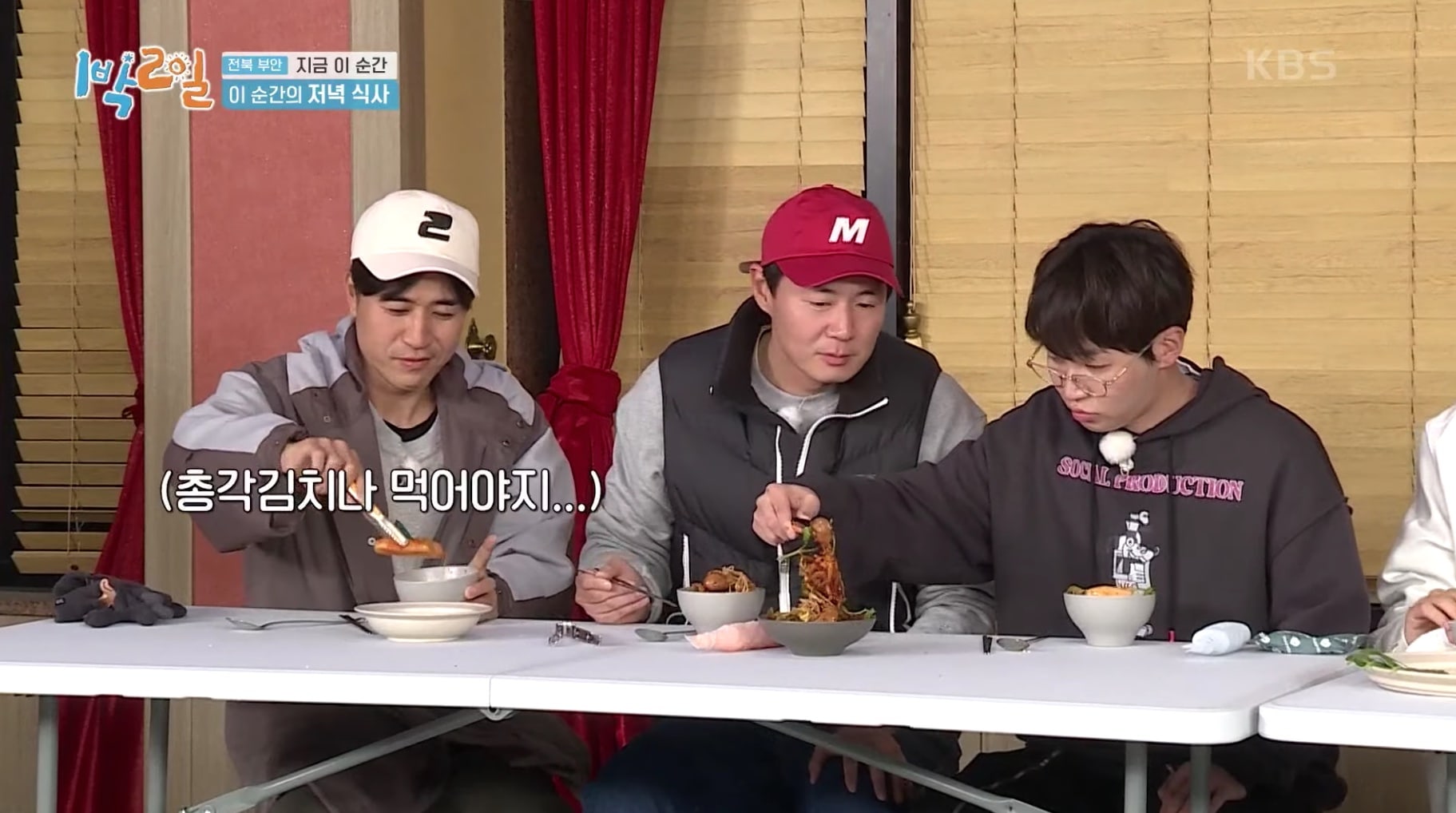