KBS 2TV’s “Youth of May” has shared a sneak peek of an emotional moment from its upcoming episode!

“Youth of May” is a new romance drama about the fateful meeting of medical student Hwang Hee Tae (played by Lee Do Hyun) and nurse Kim Myung Hee (played by Go Min Si), who fall in love amidst the whirlwind of events that take place in May 1980—a historically significant time period in South Korea.

Previously on “Youth of May,” Hwang Hee Tae and Kim Myung Hee found themselves increasingly drawn to each other as they continued to meet. When Hwang Hee Tae boldly asked, “If I tell you [why I postponed my graduation], that means we’re close. Is that okay?” Kim Myung Hee responded with a shy nod, adorably revealing that she was interested in getting to know him better.

However, in newly released stills from the drama’s next episode, the budding romance between the would-be lovers comes to an abrupt halt. Hwang Hee Tae, who typically wears a smile whenever he’s with Kim Myung Hee, instead wears a frozen expression that suggests he has just been shocked by an unexpected situation.

Meanwhile, Kim Myung Hee, who has always pretended to be her friend Lee Soo Ryun when meeting up with Hwang Hee Tae, is dressed in modest clothing as she tearfully faces him. Seeming to have made up her mind about something, Kim Myung Hee has a determined glint in her eye as she proffers her hand to him for a handshake, but the visibly shaken Hwang Hee Tae seems barely able to hold her hand properly as he stares back at her.

The palpable awkwardness raises the question of what Kim Myung Hee could have said to create such a frosty atmosphere—as well as the question of how the couple’s true first meeting will go. 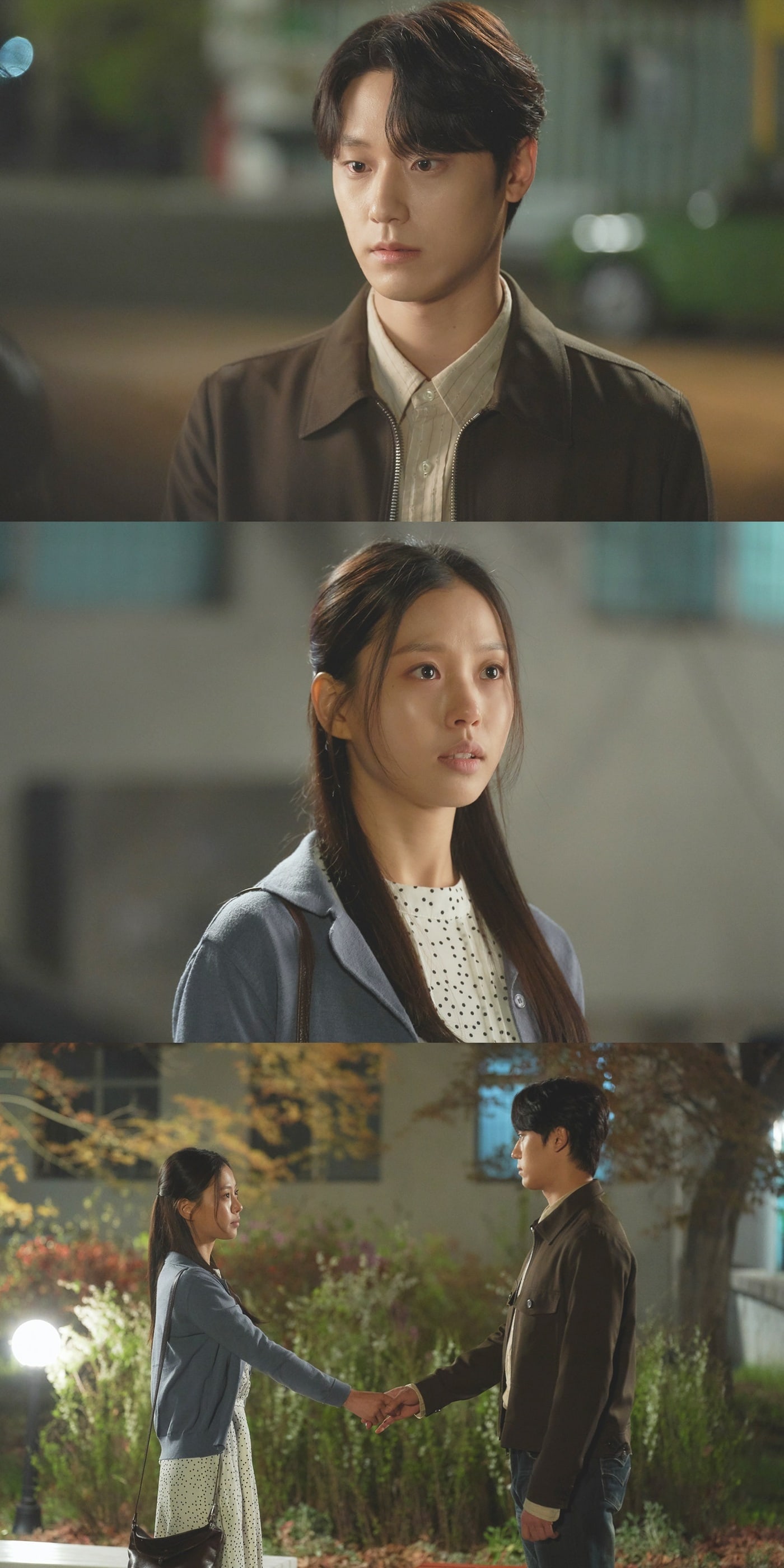 The producers of “Youth of May” teased, “On the May 10 episode, Hwang Hee Tae and Kim Myung Hee will have their true first meeting as themselves, without any lies or deceiving one another.”

They added, “Please look forward to seeing what choices they will make amidst their attraction to one another and their already determined fate.”