Oh My Girl held an online press showcase for their new album that was released today!

Mimi experienced dizziness and nausea on the morning of the showcase and was not able to attend.

Regarding their eighth mini album “Dear OHMYGIRL,” Hyojung shared, “Because it’s our first comeback in one year and one month, we contemplated a lot about the album and the performance. Please look upon us fondly even if it’s not perfect.” 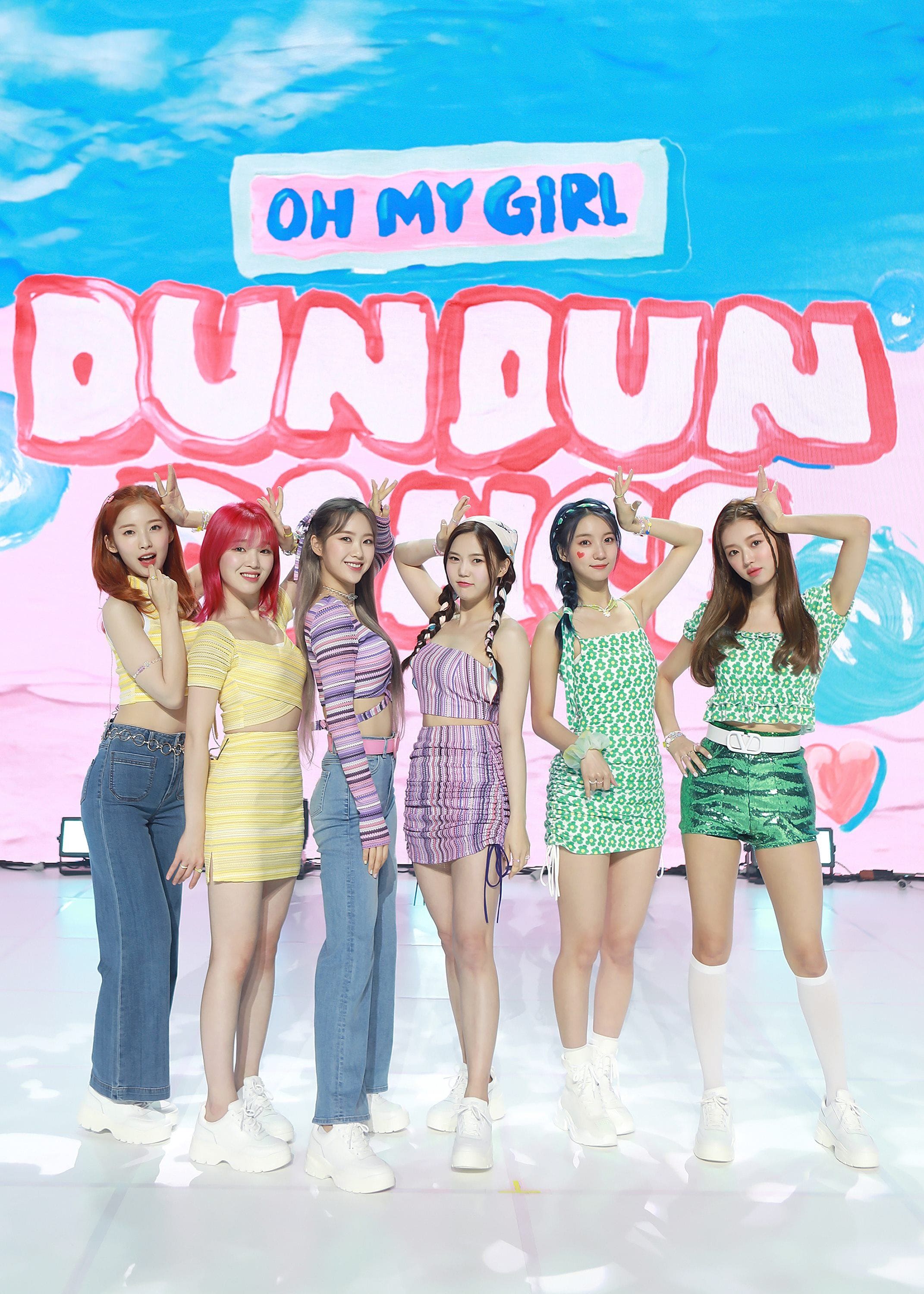 Last year, Oh My Girl released their breakthrough album “NONSTOP” that contains the title track “Nonstop” and the popular B-side track “Dolphin.” The group achieved eight music show wins with “Nonstop,” and both songs were certified platinum by Gaon Chart after each surpassing 100 million streams.

Hyojung said about their success during the past year, “We were thankful for the immense love we received last year. I’d say our secret is that we kept going forward without giving up. Oh My Girl slowly went up each step one by one. Rather than thinking about how tall each step was, we focused more on the fact that we were moving forward. We will keep going forward.” 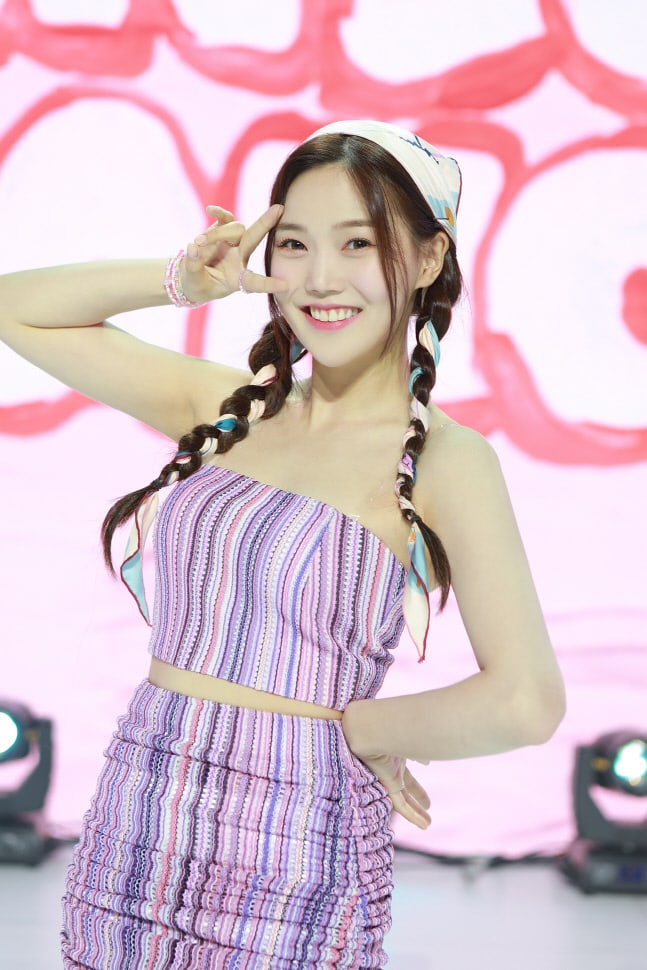 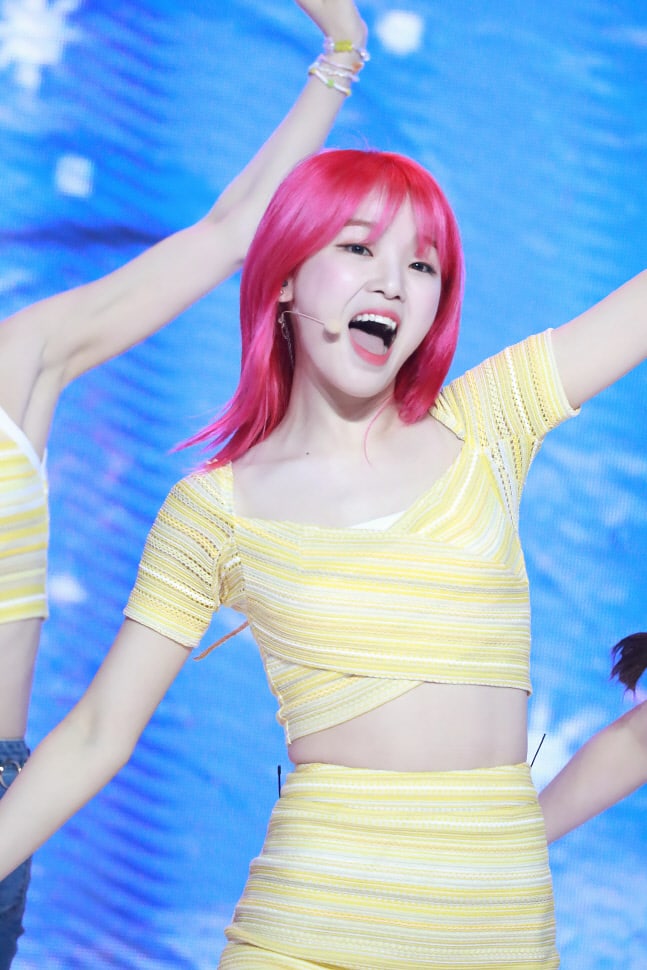 Oh My Girl’s new title track “Dun Dun Dance” is a refreshing yet emotional dance pop track in which Oh My Girl portrays themselves as aliens.

Jiho explained, “We felt pressured about our upcoming song, but we contemplated more about what kind of appearance we would show. We wanted to maintain Oh My Girl’s style while also mixing in a change. I think this is a turning point for Oh My Girl.” Meanwhile, Arin shared, “I’m trying to enjoy it as much as I can. Please look forward to the fantastic chemistry between the members on stage.”

Seunghee explained that “Dear OHMYGIRL” is a story about Oh My Girl and contains the messages they wanted to tell each other. Hyojung emphasized the fact that their group name is included in the title of the album, as none of their previous albums besides their debut album had done this. “It has a special place in my heart because it’s an album that contains our unique style and stories,” she commented, adding, “You’ll think of Oh My Girl the moment you listen to it.” 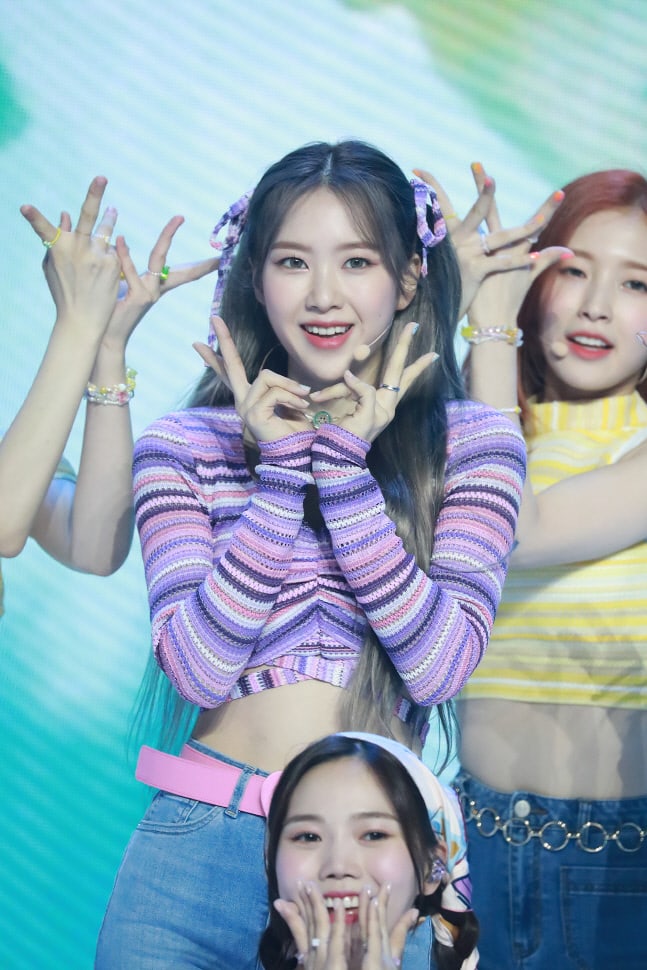 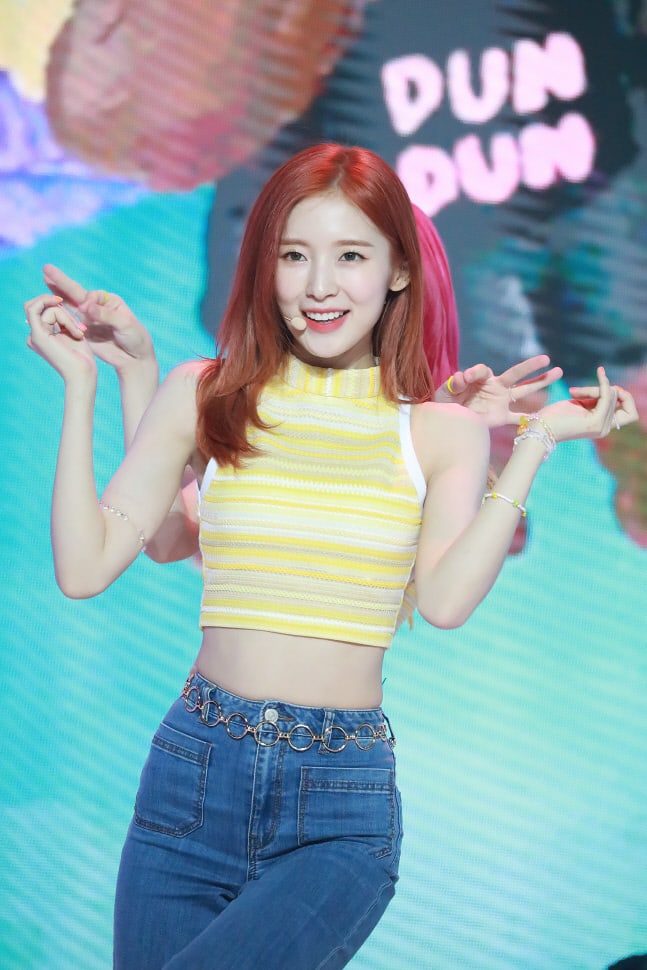 Jiho asked fans to focus on the story behind the album and the members’ vocal tones. She explained, “If you listen to all of the tracks, you’ll notice that ‘Dun Dun Dance’ is the only song that focuses on the performance aspect. The rest of the songs are all easy to listen to, and you’ll be able to hear each member’s vocal timbre.”

YooA shared that she believed Oh My Girl’s strength is their bright energy and that “Dun Dun Dance” is a song that fully captures that aspect of theirs. “The ‘killing point’ of the the song is that anyone can easily sing along. Through the song, we’ll be sharing the message that we should escape from our daily lives and have fun today.” 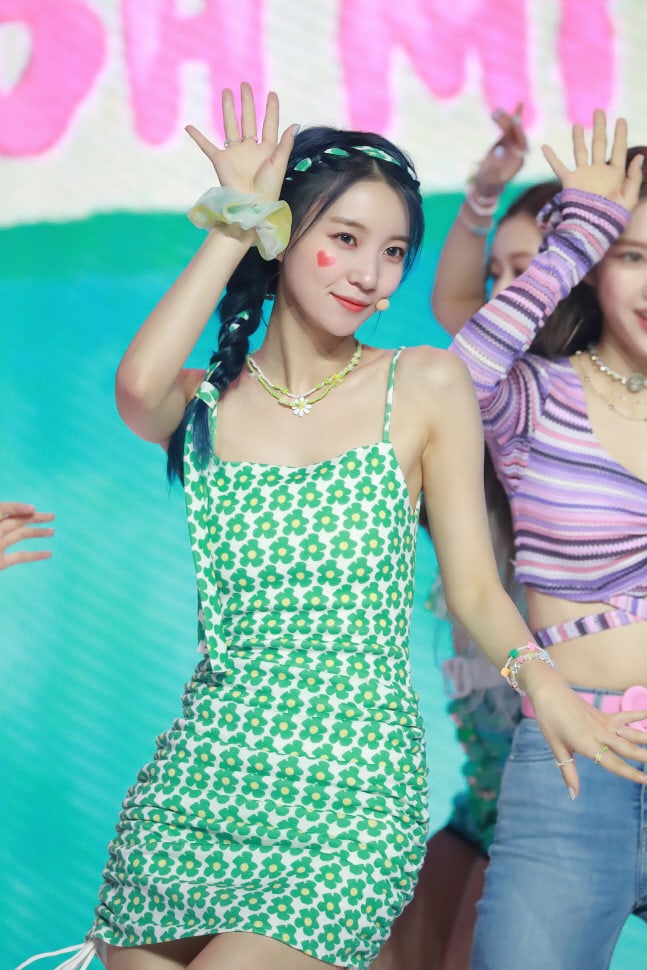 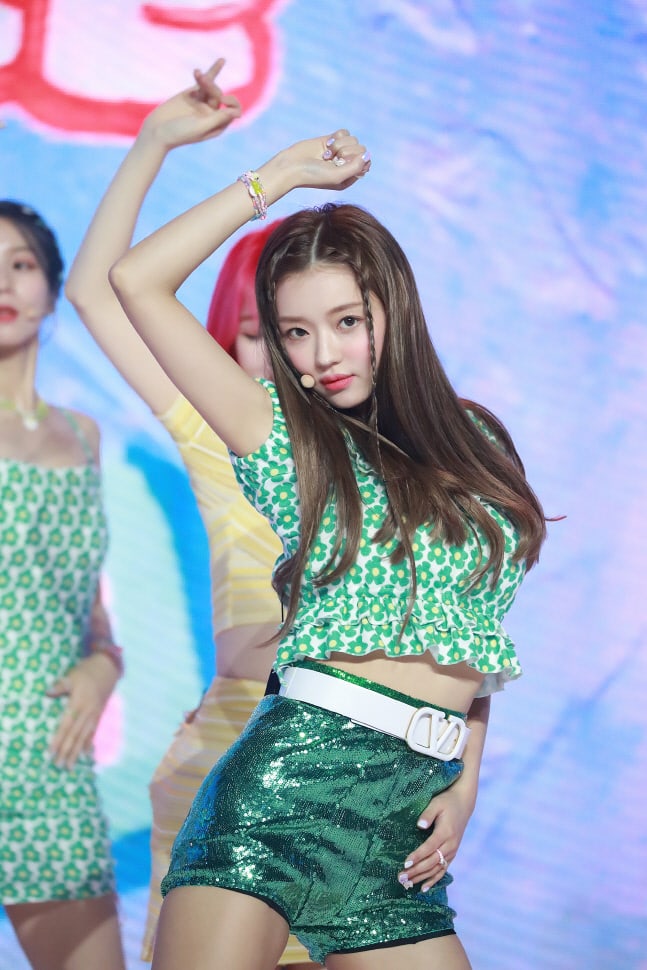 On reaching their sixth year together as a group, Binnie stated, ” We’ve become both internally and externally more mature compared to when we debuted. Our understanding of music has also changed. We’re participating in it more actively than before.” Arin commented, “My attitude has changed. In the past, I focused more on making ourselves known to the public, but I’m gradually enjoying the stage more and thinking more about our fans.”

As her goal for this comeback, Hyojung shared that she wanted to hear people say, “As expected of Oh My Girl.” Seunghee shared her hope for people to be able to take their masks off this year and to see their fans directly. She added that she wanted the album to be considered one through which Oh My Girl “pioneered their own path.”

Also watch Seunghee in the variety show “Beauty and the Beast” below: