Jang Nara keeps her cool even in a tricky situation in new stills for KBS’s “Sell Your Haunted House.”

In the previous episode, Hong Ji Ah was able to overcome her past trauma through the exorcism of a revengeful ghost. To uncover the truth behind the case that occurred 20 years ago, she headed to Oh Sung Sik (Kim Dae Gon)’s hometown and learned to her rage that Oh In Bum was Oh Sung Sik’s nephew.

In the new stills, Hong Ji Ah is seen undergoing investigation in a police interrogation room. Despite the unpleasant surroundings, she keeps every inch of her usual cold expression and charismatic aura as she faces off against the detective Kang Han Suk (Kim Sung Bum). However, Kang Han Suk has had his eye on Daebak Real Estate for a while now, as the former detective in charge of Daebak Real Estate’s office manager Joo Hwa Jung (Kang Mal Geum)’s case. Nevertheless, Hong Ji Ah refuses to back down, and the stills promise a showdown between a woman who works as an exorcist and a pragmatic police detective who doesn’t believe in ghosts. 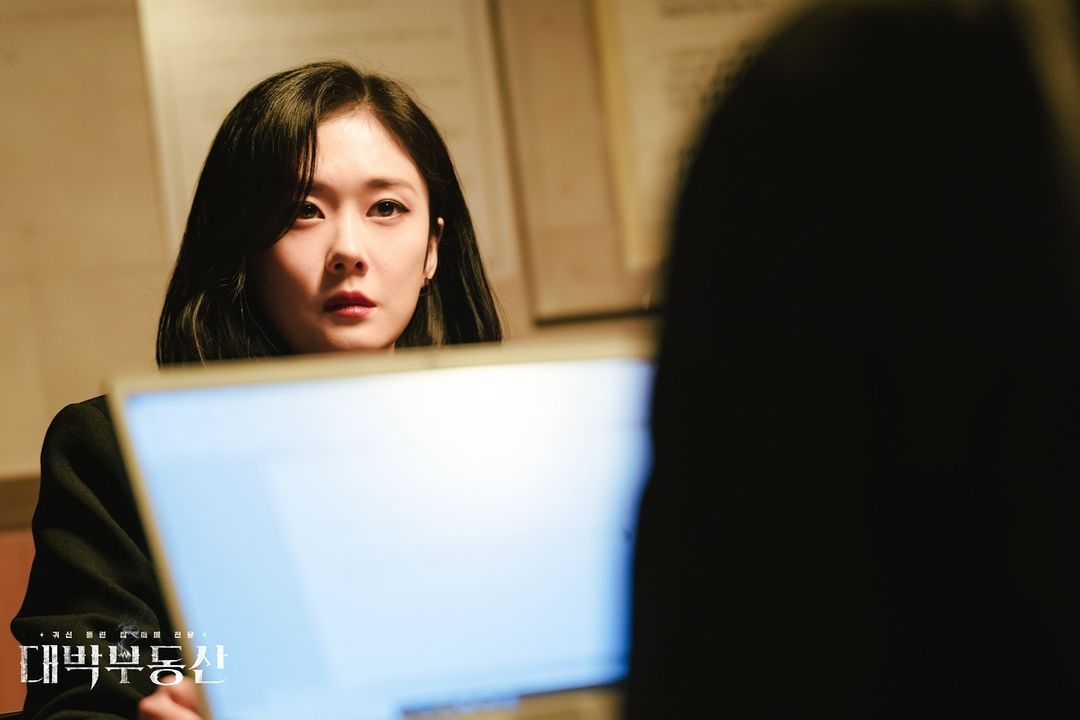 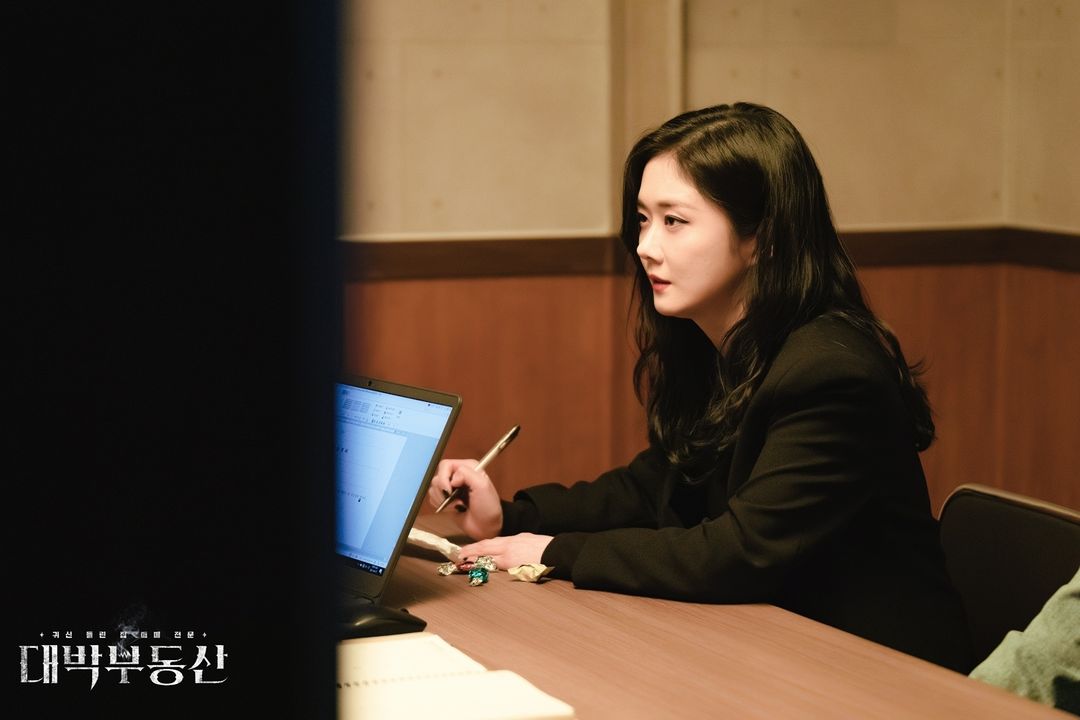 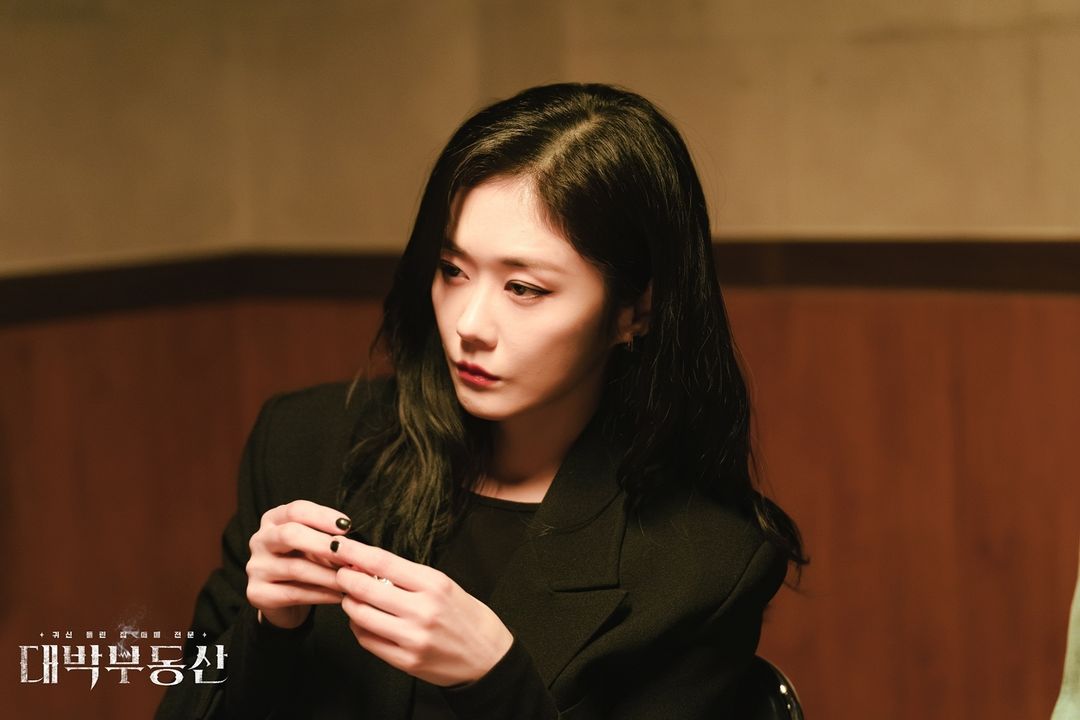 This scene was filmed back in April. Jang Nara shared warm smiles with the cast and crew as soon as she appeared on set and made the production staff laugh as she prepared to rehearse the scene. When filming began, however, she immersed herself in her character and Jang Nara and Kim Sung Bum displayed the synergy they had built up together through rehearsals.