Oh Yeon Seo Talks About Her Love For Animation, Her Brief Time As An Idol, And More

On the May 11 broadcast of tvN’s “On and Off,” Oh Yeon Seo shared insight into her everyday life!

In the interview with the cast, Oh Yeon Seo revealed that she is a fan of Uhm Jung Hwa, the host of the program. When Uhm Jung Hwa asked if she ever promoted as a singer, the actress mentioned that she had in the past. She shared, “I did it briefly 20 years ago.” In 2002, Oh Yeon Seo promoted in the three-member girl group LUV. 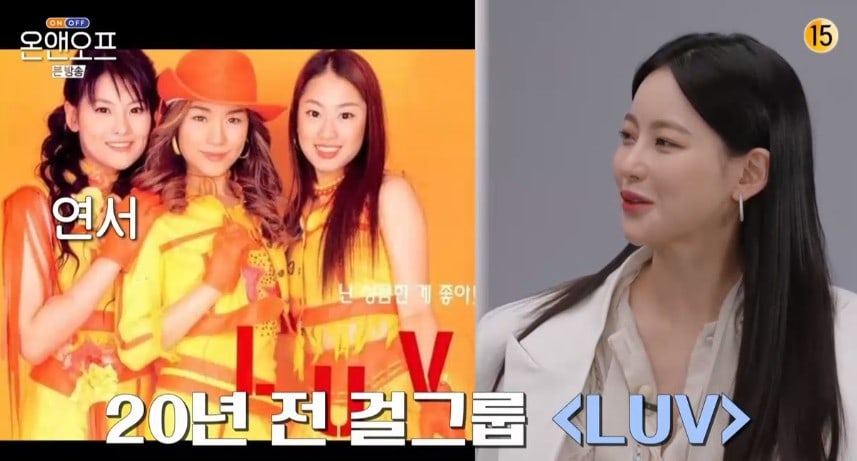 Oh Yeo Seo shared, “I recently filmed for a drama, and when I’m off work, I’m a homebody who likes to stay home. People say that I seem like I would be uptight and cold when they first see me, but many people are surprised when they get to know me.”

The show gave a glimpse of her at the poster shoot for her upcoming drama “Crazy Person in the Area” (literal translation), and on set, her co-star Jung Woo also asked her if she had promoted as a singer. Oh Yeon Seo replied, “I made my debut at 16 years of age. I think I have much more of an aptitude for acting.”

When asked about her secret to taking good selfies, Oh Yeon Seo shared that she uses her hand to make her face seem smaller. She explained, “[The selfie expert title] is outdated since I’ve also aged now. I think confidence is the most important factor.”

During the broadcast, Oh Yeon Seo revealed the house she lives in with her parents. The actress shared her love for animation, elaborating that she really likes the anime “Crayon Shin-chan” (titled “Jjanggu the Unstoppable” in Korean). She added that she even has the same rice bowl that the main character uses in the cartoon.

While watching cartoon shows on TV, Oh Yeon Seo kept following along with the characters’ lines, such as, “I want to become ugly too since I’m so pretty.” When the cast commented that she is a hardcore fan, Oh Yeon Seo explained, “There are many people who like it even more than me, so I’m just beginner to mid-level.”

Oh Yeon Seo’s mother asked her, “Until what age can you watch this?” and Oh Yeon Seo replied, “50 years old.” Her mother commented, “You won’t mature until that age. It’s nice that your soul is pure.” Although she didn’t budge when her mother told her to go outside, Oh Yeon Seo immediately got up when a package arrived. The delivery consisted of cartoon character toys, which she happily assembled and took a picture of afterwards. 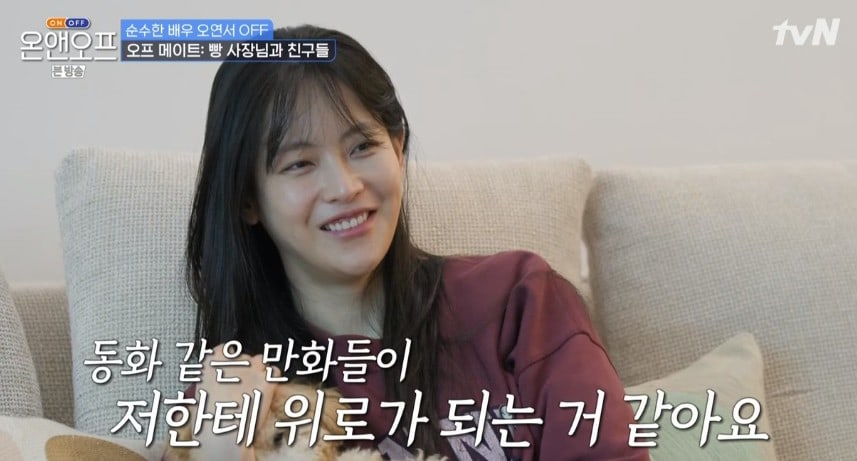 When Oh Yeon Seo finally left the house, she visited a comic book cafe where people can eat food while reading comic books. Commenting that there were too many books she wanted to read, she shared, “If I read while eating at home, I get in trouble. I want to live here.”

Finally, Oh Yeon Seo shared, “I want to become someone who dreams. I have done well focusing on what I like since I was young. Being ‘off’ of work is a really valuable time, and I think it is a driving force in my life.”

Oh Yeon Seo’s upcoming drama “Crazy Person in the Area” is set to premiere on May 24.

In the meantime, watch Oh Yeon Seo in “Love With Flaws“:

Oh Yeon Seo
On and Off
How does this article make you feel?