In the preview stills, Lee Gwang Nam, Lee Gwang Sik (Jeon Hye Bin), and Lee Gwang Tae (Go Won Hee) are lying down side by side. Their expressions are bright with warmth, and it seems like they forgot about the messy divorce and are just enjoying each other’s company. Lee Gwang Sik and Lee Gwang Tae attempt to cheer up their older sister who is in a sticky situation. Then Lee Gwang Tae says something that causes her sisters to burst into laughter. 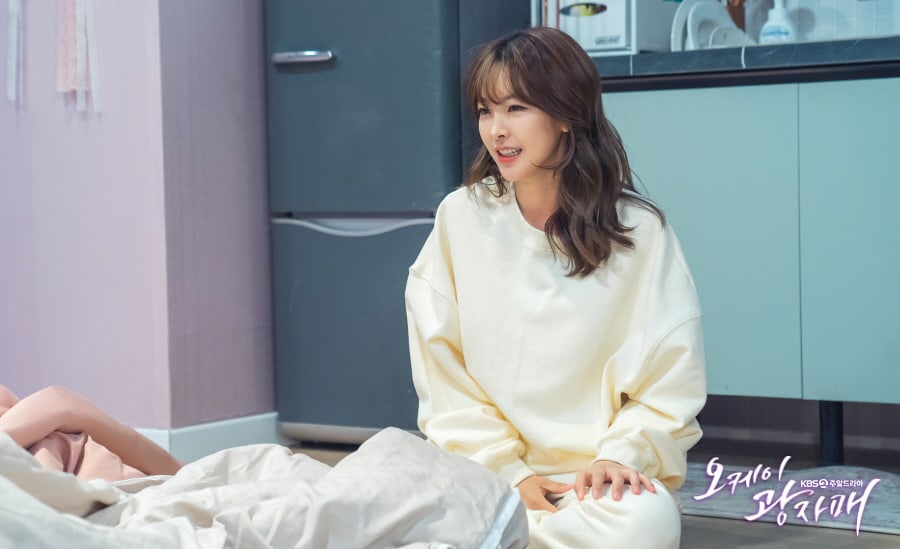 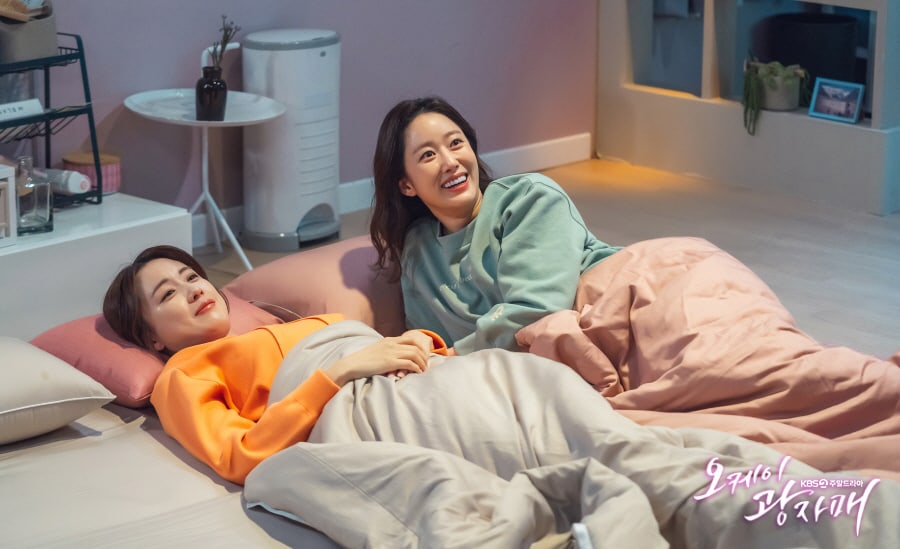 This scene was filmed in April, and the three actresses appeared on the set early. They read through their scripts and rehearsed their lines together while lying down on the set together. Go Won Hee amazed everyone with her ad-libs, and Hong Eun Hee and Jeon Hye Bin became energized by her passion.

The production crew praised Hong Eun Hee, Jeon Hye Bin, and Go Won Hee for becoming more and more like sisters. They added, “Please check out episode 17 to see the sisters’ warm relationship as [Lee Gwang Sik and Lee Gwang Tae] attempt to comfort and take care of their older sister who just went through a divorce.”