After a cruel and bitter experience with her first love, Yoo Na Bi no longer believes in destiny and makes up her mind not to get swept up in love again. When she meets Park Jae Uhn, however, he has a magical effect on her that shakes up her determination to remain aloof.

The first teaser poster contains the legs of a man and woman who are closely facing each other. They’re both wearing clean white sneakers, and the shadows stimulate curiosity about their relationship. The words on the poster reads, “I hate it, but I like it,” which hint that the man and woman can’t help but fall in love even though they may not be good for each other. 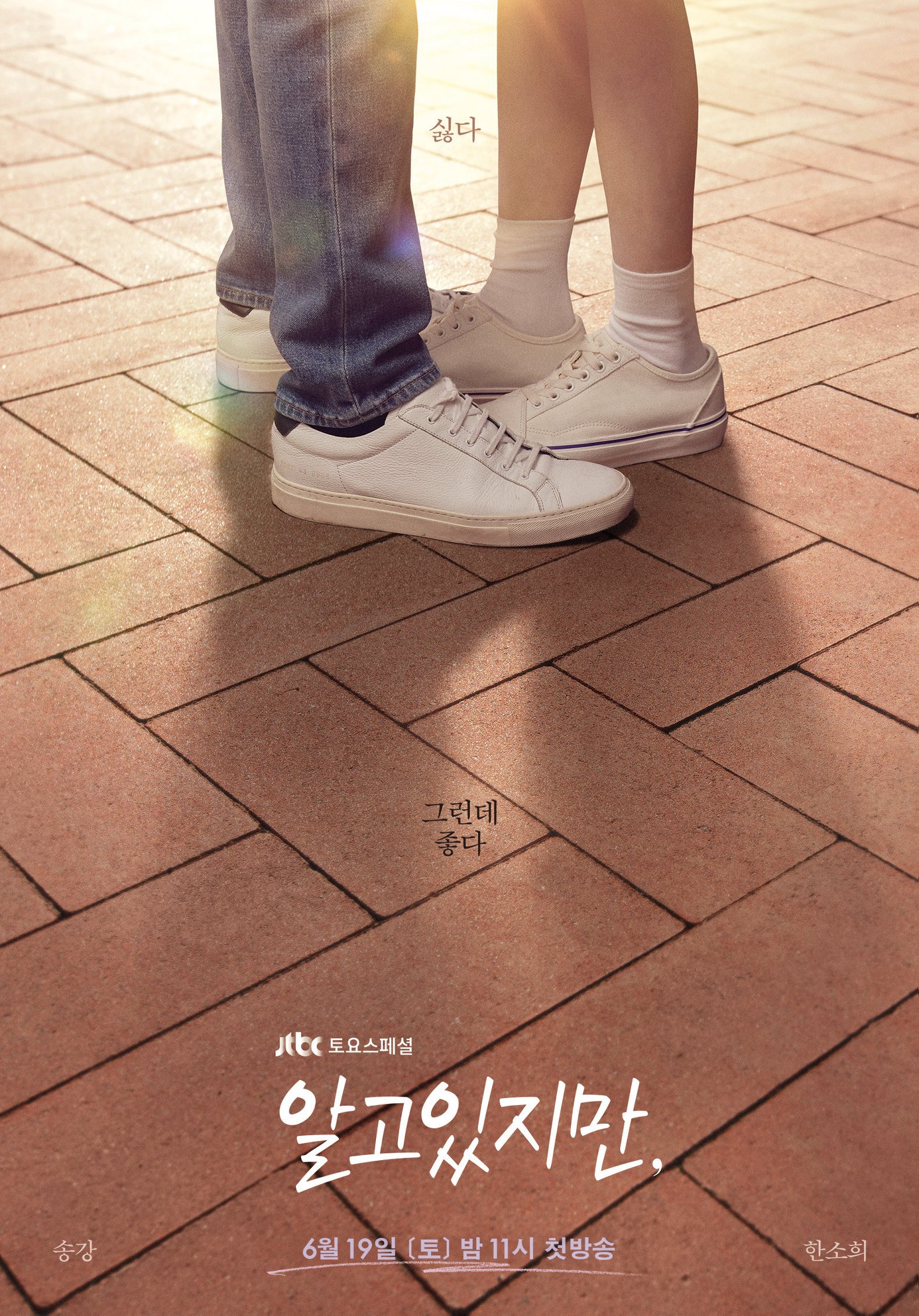 The production team shared, “Han So Hee and Song Kang’s chemistry that maximized the characters’ charms by adding their own styles need no explanation. They are Yoo Na Bi and Park Jae Uhn themselves. The impudent and realistic love story the two young actors will portray will make hearts flutter. In order to revive the fun of the original work, we decided to air ten episodes of speedy plots once a week.”

In the meantime, watch Song Kang in “When the Devil Calls Your Name“: