“Sell Your Haunted House” has reached its halfway mark!

KBS 2TV’s “Sell Your Haunted House” is about a real estate agent and a con artist who team up to exorcise ghosts and evil auras from haunted properties. Jang Nara stars as Hong Ji Ah, a hot-tempered exorcist and the boss of Daebak Real Estate. CNBLUE’s Jung Yong Hwa stars as Oh In Bum, a conman who doesn’t believe in ghosts but pretends to be an exorcist to make a living.

Ever since its premiere on April 14, “Sell Your Haunted House” has been met with praise for its combination of the occult and humanism. This has led the drama to top ratings in their Wednesday-Thursday time slot for eight consecutive episodes.

The most recent broadcast ended on an exciting note with Hong Ji Ah in a raging fit after discovering that Oh In Bum is the nephew of Oh Sung Sik (Kim Dae Gon). Ahead of the second half of the drama, here are three points to look forward to!

1. The restoration of the exorcist duo

As both the boss of Daebak Real Estate and an exorcist, Hong Ji Ah makes an exciting chase after Oh In Bum when she sees his capabilities. After he takes the memories of a dead soul and even raises her temperature, Hong Ji Ah becomes convinced he’s a special spirit medium. After getting Oh In Bum on board, Hong Ji Ah tries to exorcise her mother’s ghost but fails. Instead, she awakens Oh In Bum’s memories and he declares himself a spirit medium in order to uncover the truth behind the death of his uncle at Daebak Real Estate 20 years ago. The two bicker while trying to exorcise the ghost, but Hong Ji Ah eventually opens her heart to Oh In Bum after watching him try his best to solve the dead soul’s grudge, which reminds her of her mother.

Once Hong Ji Ah gets caught up with a water ghost at the sauna, she’s reminded once more of her mother’s death 20 years ago. She thinks of her mother’s last client, Oh Sung Sik, carrying a faceless baby, and becomes determined to track him down even quicker. After discovering that Oh In Bum is Oh Sung Sik’s nephew, she pushes him aside and yells out, “The person who killed my mom is you,” tearing apart their growing relationship. Viewers can look forward to watching if and how the two are able to mend their connection. 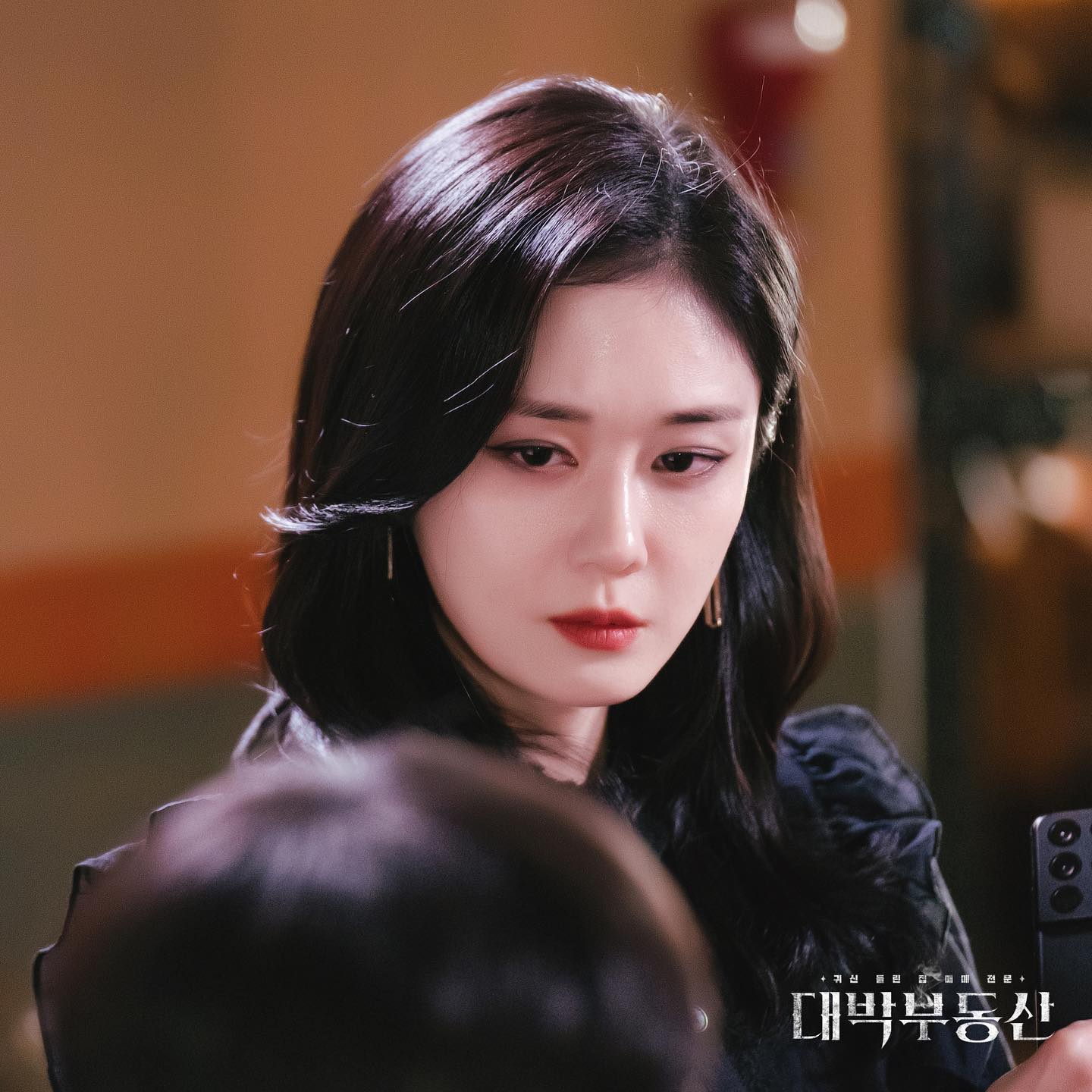 2. The identity of the chief secretary Joo

Through her incredible talent and impressive connections, chief secretary Joo (Kang Mal Geum) is able to help out Hong Ji Ah as Daebak Real Estate’s manger. She even agrees to Hong Ji Ah’s partnership with Oh In Bum, knowing he compensates for her shortcomings, but mysteriously changes after hearing Hong Ji Ah’s recovered memory from her incident with the water ghost. After discovering Oh In Bum’s relation to Oh Sung Sik through a file from team leader Jung (Jo Seung Yeon), she rips up the document and lies to Hong Ji Ah, telling her that tracking down Oh Sung Sik’s nephew is impossible.

Chief secretary Joo also secretly visits Dohak Construction where Do Hak Sung (Ahn Kil Kang) is, the man who last saw Oh Sung Sik before he died. Oh In Bum complains about this trip so she reveals that she knows his identity and blackmails him by saying, “Stay quietly until the end of your contract then leave.” Her mysterious endeavors continue as she hides the missing “Exorcist Log of 1979” and tells team leader Jung that she’ll block Hong Ji Ah’s acts, saying, “I’ll make sure that won’t happen.” 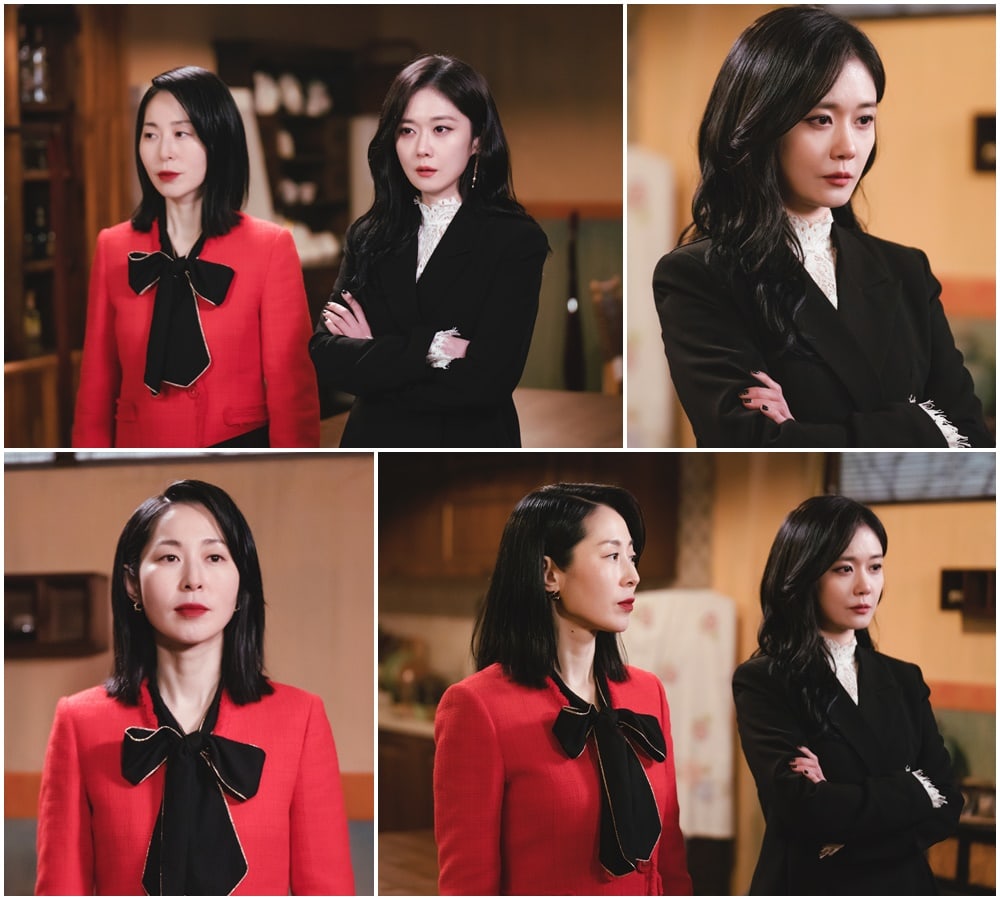 3. The hidden secret from 20 years ago

Throughout the drama, the incident from 20 years ago has been alluded to from time to time, but viewers have expressed curiosity in the real truth, knowing that Hong Ji Ah and Oh In Bum have differing memories from that night. When Oh Sung Sik cries for help to Hong Ji Ah, her mother Hong Mi Jin (Baek Eun Hye) begins to exorcise him and Hong Ji Ah witnesses him strangling her mom. Her possessed mother tells her to prick him with a needle, but she is unable to, which she believes is the reason for her mother’s death. Additionally, Hong Ji Ah judges that the faceless child Oh Sung Sik is holding is a ghost that cannot be exorcised with a needle and grows suspicious of her mother’s act trying to exorcise a faceless ghost on her own.

However, Oh In Bum’s memory of the incident is quite different. When the young Oh In Bum wakes up in Daebak Real Estate, he sees Hong Mi Jin holding Oh Sung Sik up by his neck and staring him down. Amid the chase of truth for these two characters, they learn that the police at the time suspected a link between Dohak Construction and the deaths of Hong Mi Jin and Oh Sung Sik. Stay tuned to discover which parts of both their memories may have been false. 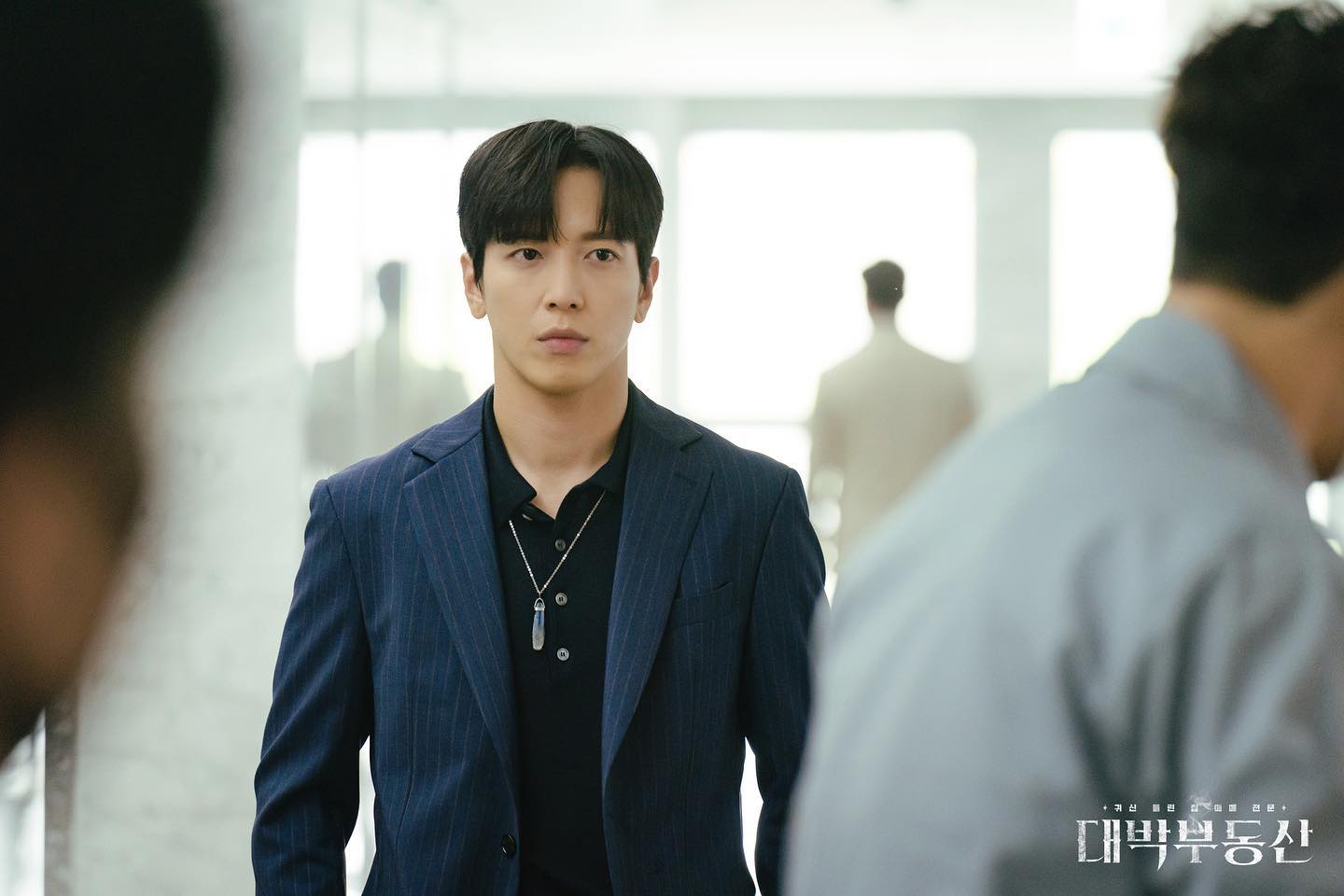 A producer commented, “In the second half, you’ll officially be able to see the changes between characters after they worked to establish their relationships in the first half. There’s still a lot of leftover homework. Along with the increased pace, we predict that there will be many narratives that you won’t be able to take your eyes off of. Please look forward to it.”