Jung Il Woo, Yuri, And Shin Hyun Soo Find Themselves In A Dangerous Situation In “Bossam: Steal The Fate”

MBN’s “Bossam: Steal the Fate” has released new stills ahead of its next episode!

Previously on “Bossam: Steal the Fate,” the relationship between Ba Woo and Soo Kyung started to change. They still bickered and argued, but they started to genuinely care for one another. Soo Kyung decided to work at a tavern and do the chores to help out Ba Woo. He pretended not to care, but he was actually concerned about her. Towards the end of the episode, Soo Kyung stopped Dae Yeop (Shin Hyun Soo) from hurting Ba Woo, and it will be exciting to see what will happen to these three people in the future.

The new stills from the upcoming episode foreshadow a crisis. The guard of the northern faction leader Lee Yi Chum (Lee Jae Yong) has sent people after Ba Woo and Soo Kyung. Dae Yeop and Ba Woo both stand firmly against the chasers, and Soo Kyung’s eyes are sharp with determination as she aims an arrow at someone. Dae Yeop ends up getting hurt while protecting Soo Kyung, and viewers can look forward to what Ba Woo and Soo Kyung will do next. 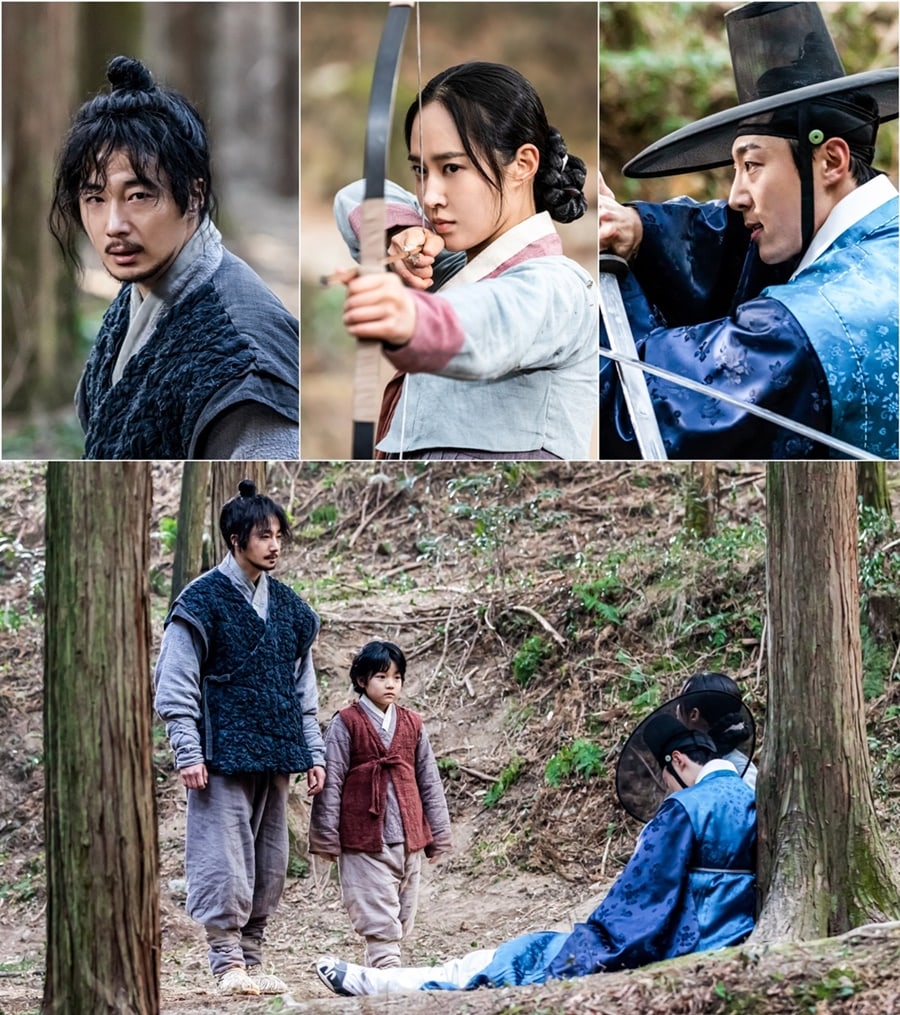 MBN shared, “In episode 5 that airs on May 15, Ba Woo, Soo Kyung, and Dae Yeop will face a major crisis. Viewers will be able to see what choice they will make in order to protect what is precious to them. Please watch to see what happens to the fate of these three people.”