Kim Hee Sun and Song Yoon Ah made a sweet display of support for their close friend Song Hye Kyo!

The banner on the truck reads, “Rooting for Hye Kyo and ‘Now, We Are Breaking Up.’ From your loving unnie,” while the banner next to it adorably reads, “Please dote on our Hye Kyo lots and lots.” 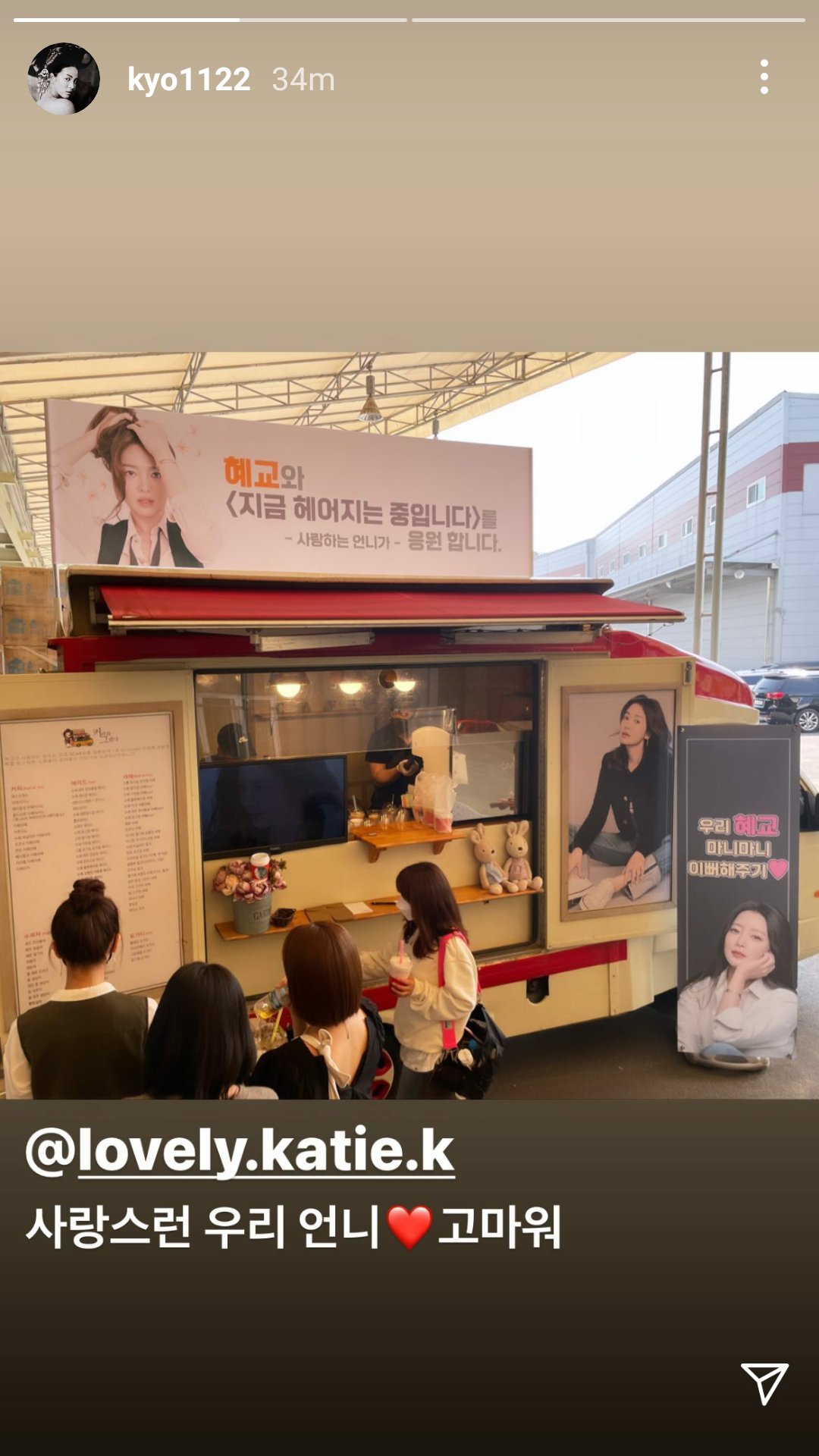 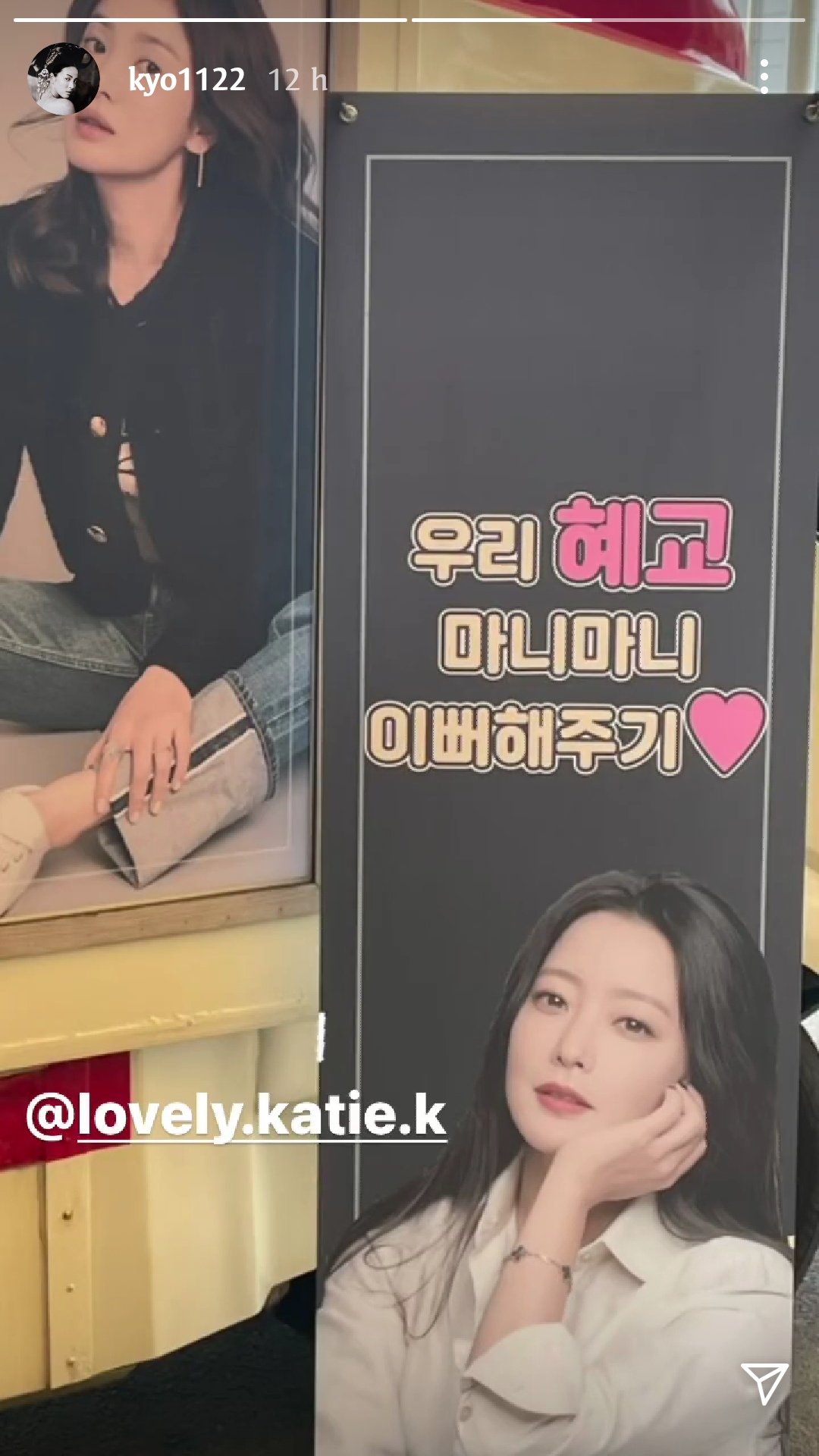 The next day, Song Hye Kyo shared a photo of the dining area set up for the food sent by Song Yoon Ah, as well as the banner that came along with it. She wrote in the caption, “Unnie, thank you so much. I really enjoyed the meal.”

The banner in Song Hye Kyo’s photo reads, “Passionately cheering on our Hye Kyo and the cast and crew of ‘Now, We Are Breaking Up.’ From Song Yoon Ah.” 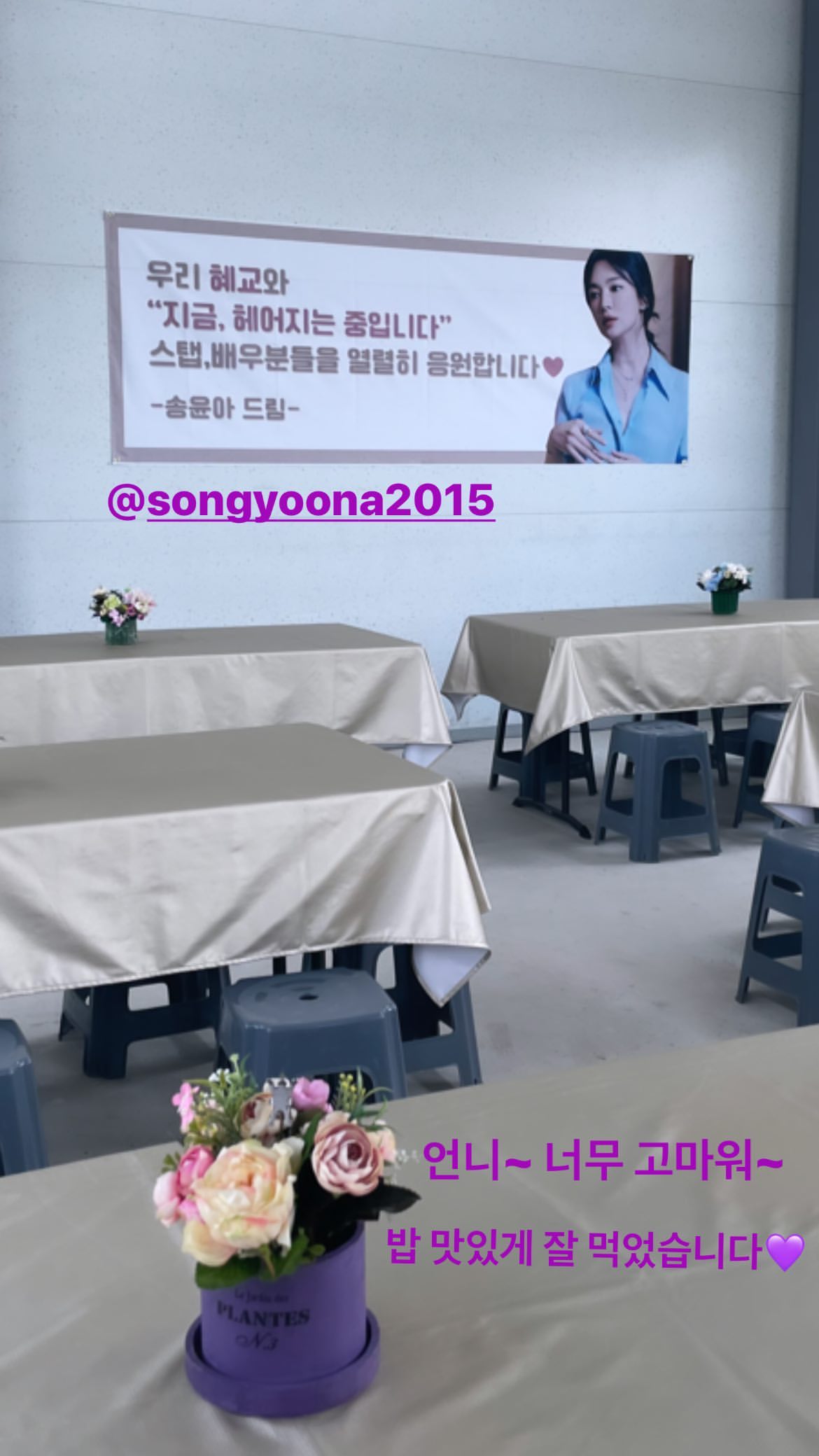 “Now, We Are Breaking Up” is currently scheduled to premiere in the second half of 2021.

In the meantime, watch Song Hye Kyo in “Encounter” here…

…and Kim Hee Sun in her recent drama “Alice” here!