Ahn Jae Hyun Opens Up To Kyuhyun And P.O About Struggling During His 2-Year Hiatus

On the latest episode of “Spring Camp,” Ahn Jae Hyun confessed to having gone through a hard time during his hiatus from “New Journey to the West.”

However, the actor finally reunited with the “New Journey to the West” cast this year for their new spin-off “Spring Camp,” a TVing special that follows the cast members as they go camping together.

During the fourth episode of “Spring Camp,” which was released on May 14, Ahn Jae Hyun sat down with Super Junior’s Kyuhyun and Block B’s P.O for an emotional late-night conversation after WINNER‘s Song Mino fell asleep. 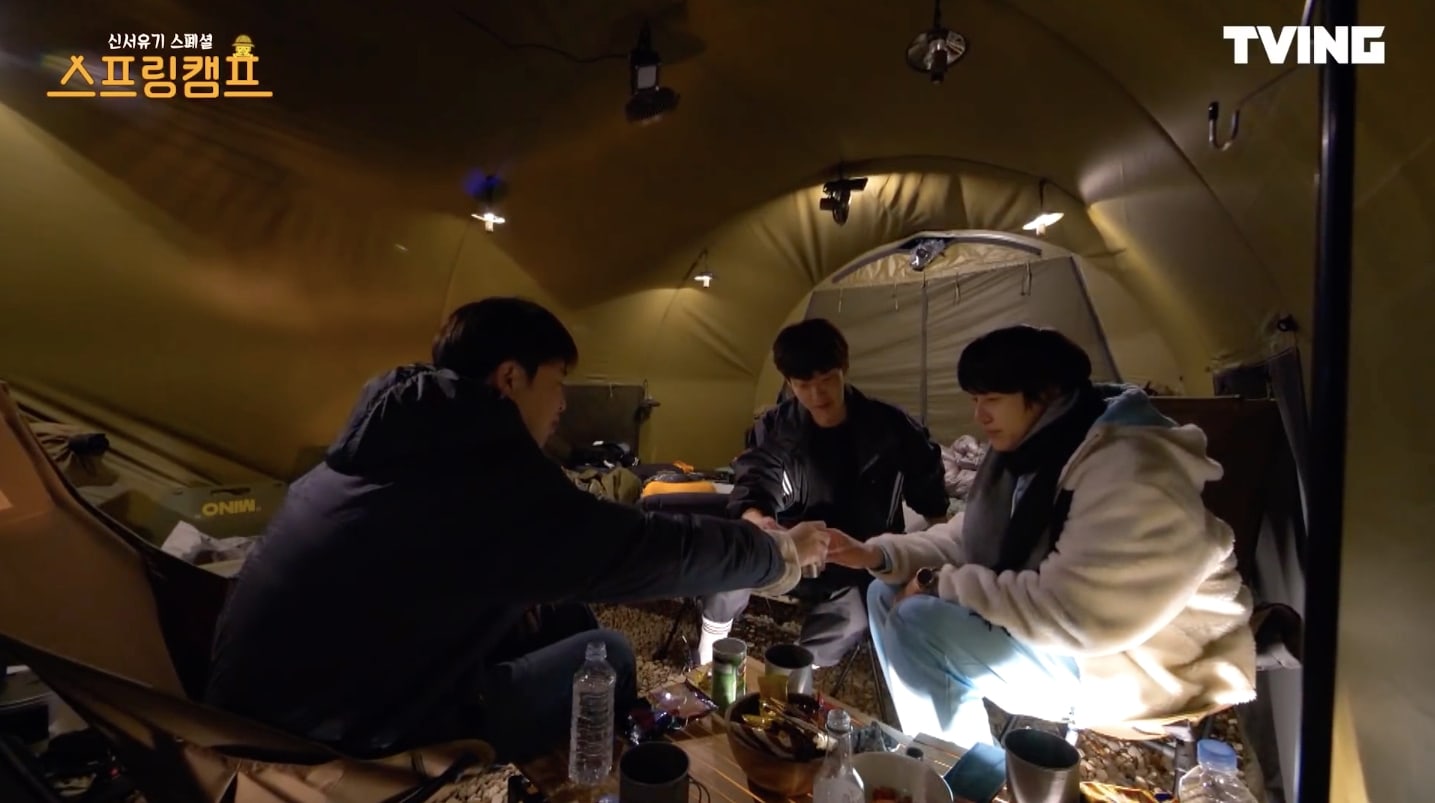 As the three stars enjoyed the peace of nighttime, P.O commented on how nice it was to have Ahn Jae Hyun back and all be together again. Kyuhyun, who had previously mentioned that he had stayed in close touch with Ahn Jae Hyun, replied, “Maybe it’s because I’ve been seeing him regularly, but being with Jae Hyun feels very familiar to me. Since Jae Hyun and I meet up all the time.”

Kyuhyun went on to recall that during meetings with the “New Journey to the West” production staff, “I always asked, ‘Can’t we call Ahn Jae Hyun?'” To prove his point, the show then aired footage of Kyuhyun asking during a “Spring Camp” meeting, “I do feel kind of sad that it’s just the three of us. Can I call my friend to join us? Ahn Jae Hyun? Ahn Jae Hyun has nothing to do these days.”

Ahn Jae Hyun then remarked, “Because it’s been so long… I mean, I took a break for two years. I wondered, ‘What should I do?’ It was hard for me.” Taking his hand, P.O said sympathetically, “You went through a tough time.”

Turning the conversation to P.O, Ahn Jae Hyun responded, “You must also have a lot to think about these days. You’re going to be enlisting in the military, and there’s a lot of things you won’t be able to do.”

P.O replied, “I’m grateful that I’ve been receiving so much love, and I’m just amazed and constantly happy.” Taking Ahn Jae Hyun’s hand again, he returned to the topic of the actor’s return, saying, “Hyung, I can’t believe this. This is so great.” 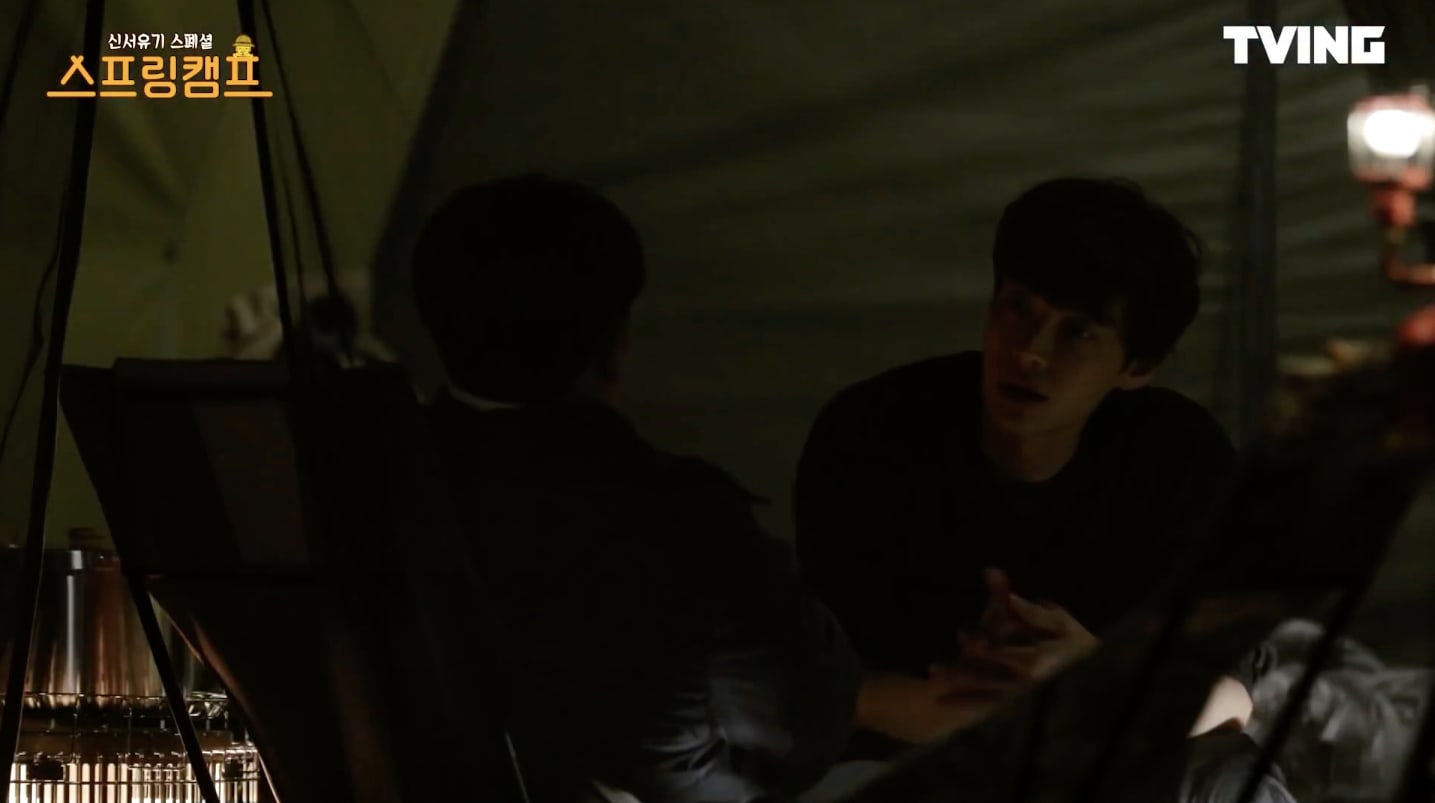 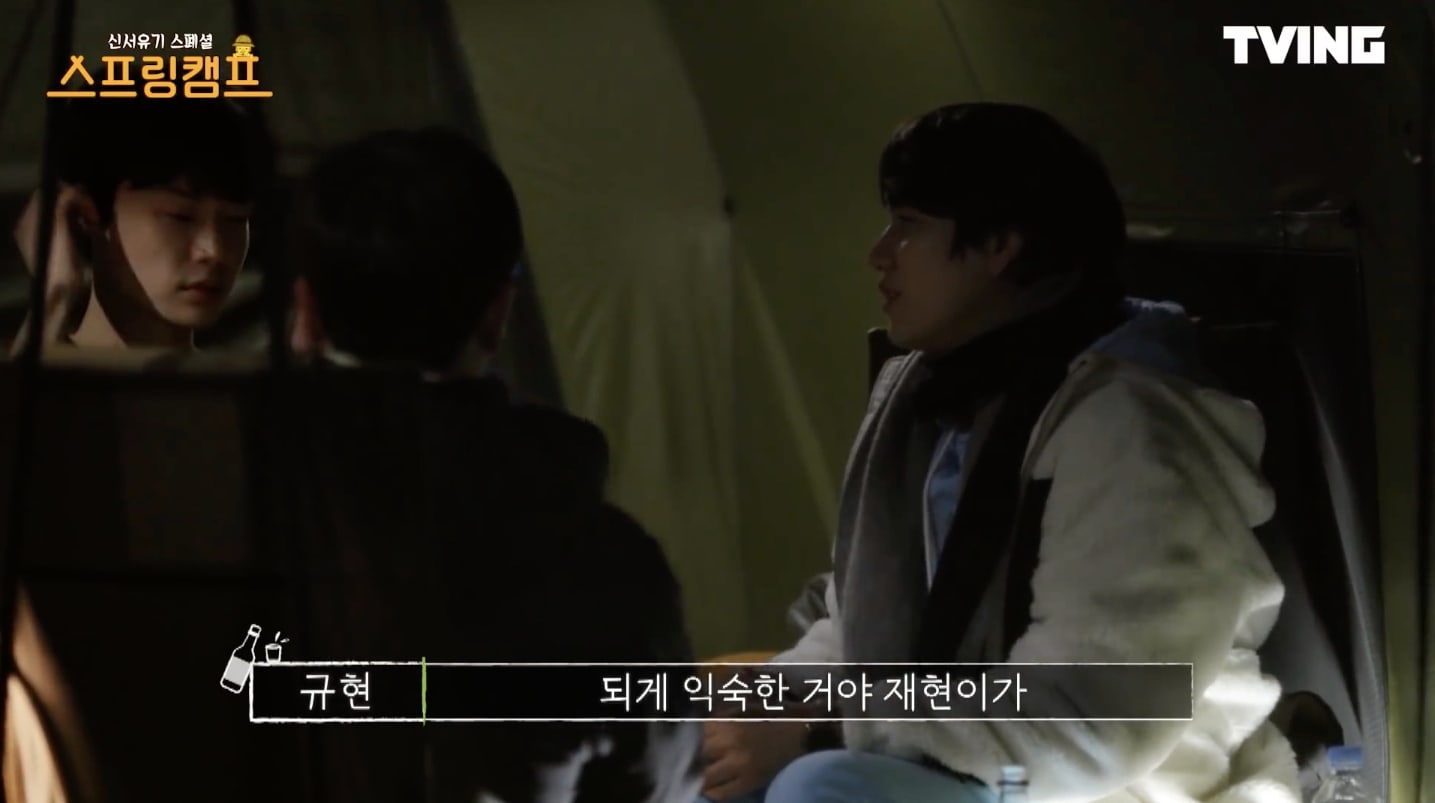 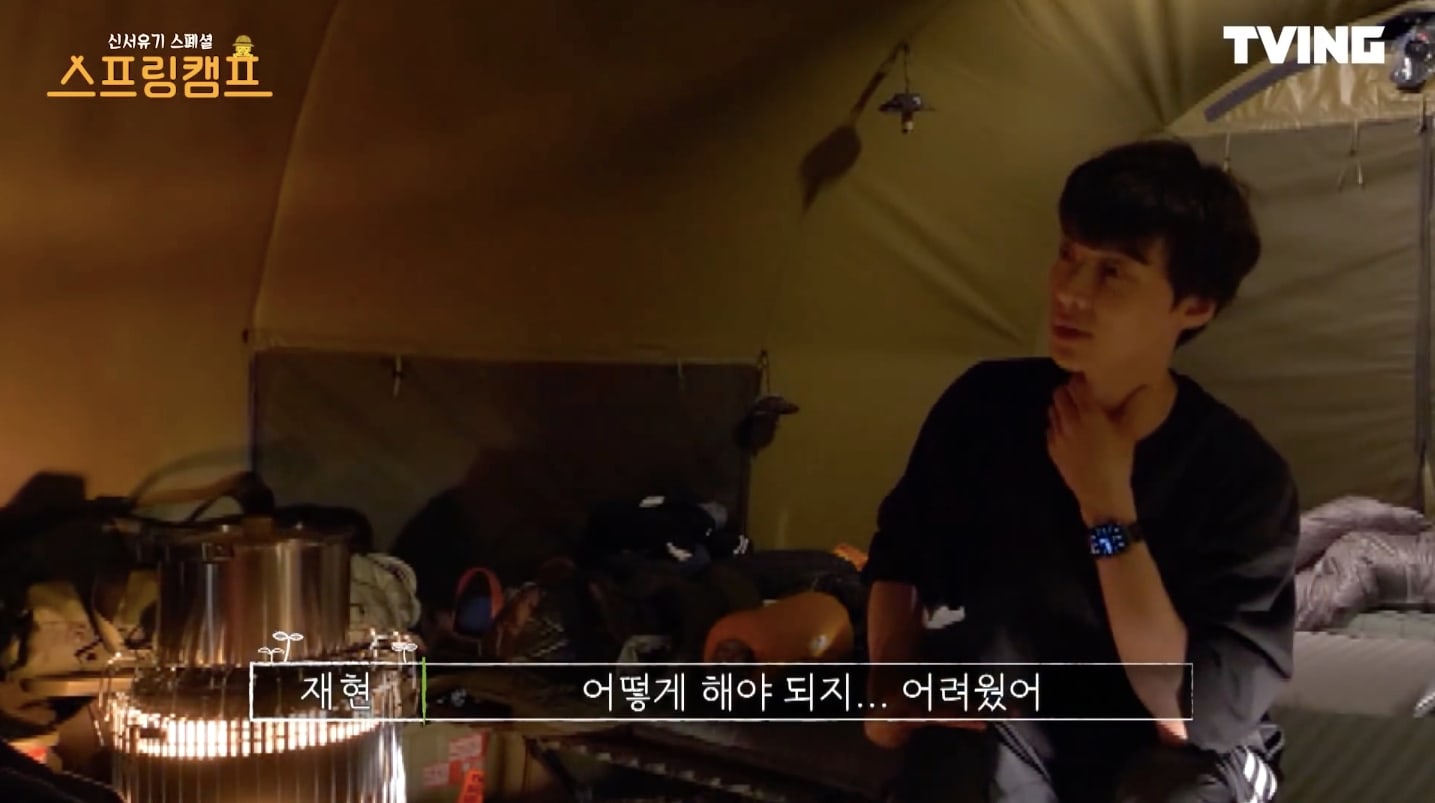 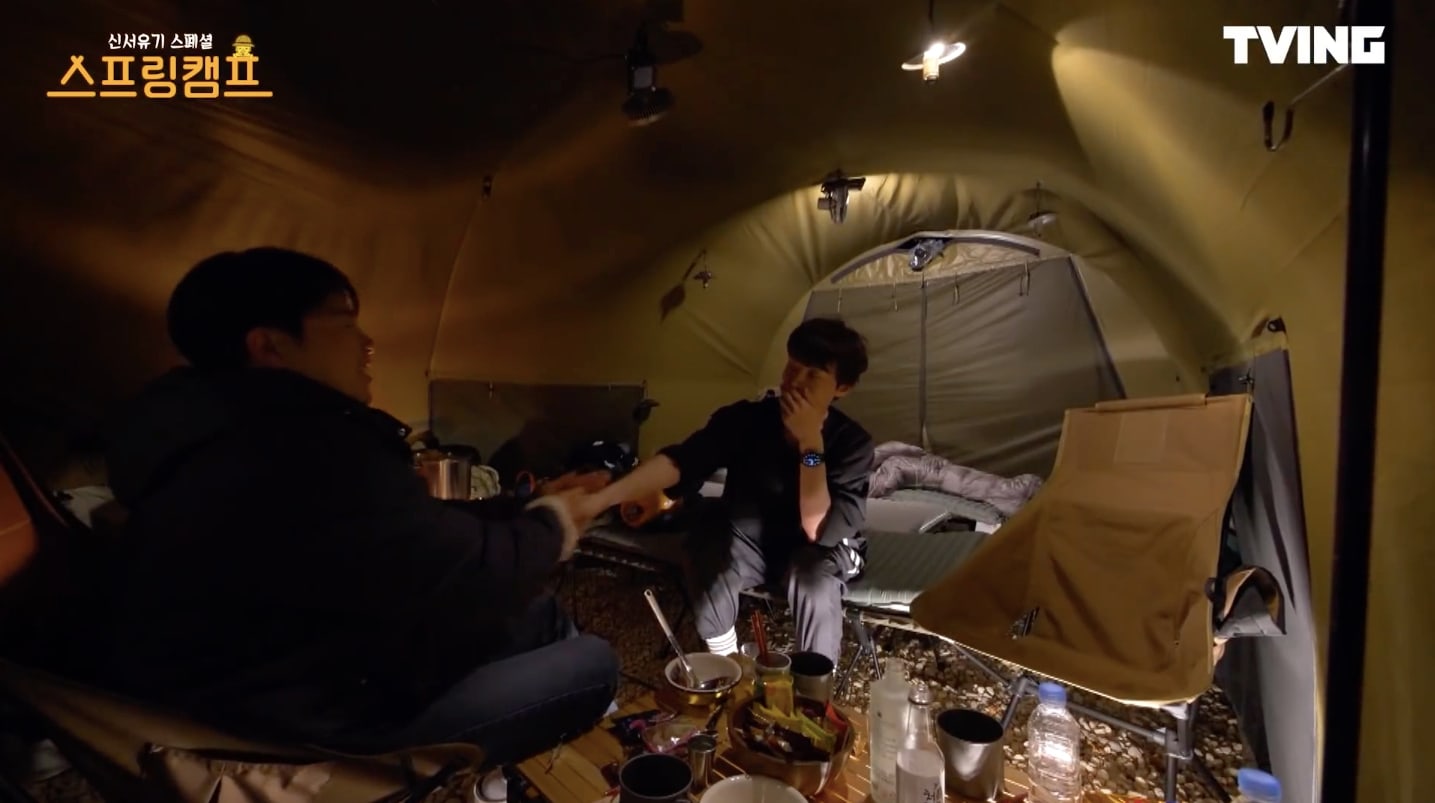 Watch “New Journey to the West 4” with subtitles here:

Block B
Super Junior
Ahn Jae Hyun
new journey to the west
Kyuhyun
P.O
Spring Camp
How does this article make you feel?