In the previous episode, Kang Ha Na (played by Esom) was investing a murder case with a missing body. The one behind it was none other than Goo Seok Tae’s (played by Lee Ho Chul’s) twin brother Goo Young Tae (also played by Lee Ho Chul). However, there was no physical evidence, which meant he couldn’t be lawfully punished. The end of the episode shocked viewers with the corpse of Kang Ha Na’s assistant Wang Min Ho (played by Lee Yoo Joon).

In the midst of this, stills of Kim Do Ki (played by Lee Je Hoon) and Goo Young Tae in the middle of a brutal fight is adding to the tension. The two face each other with cold, merciless eyes at the hospital where Baek Sung Mi (Cha Ji Yeon) does illegal corneal surgeries. They fiercely combat each other, and it will be intriguing to find out the outcome of this battle. Moreover, viewers are excited to see if this incident will break the silent teamwork between Rainbow Taxi and Cha Ji Yeon. 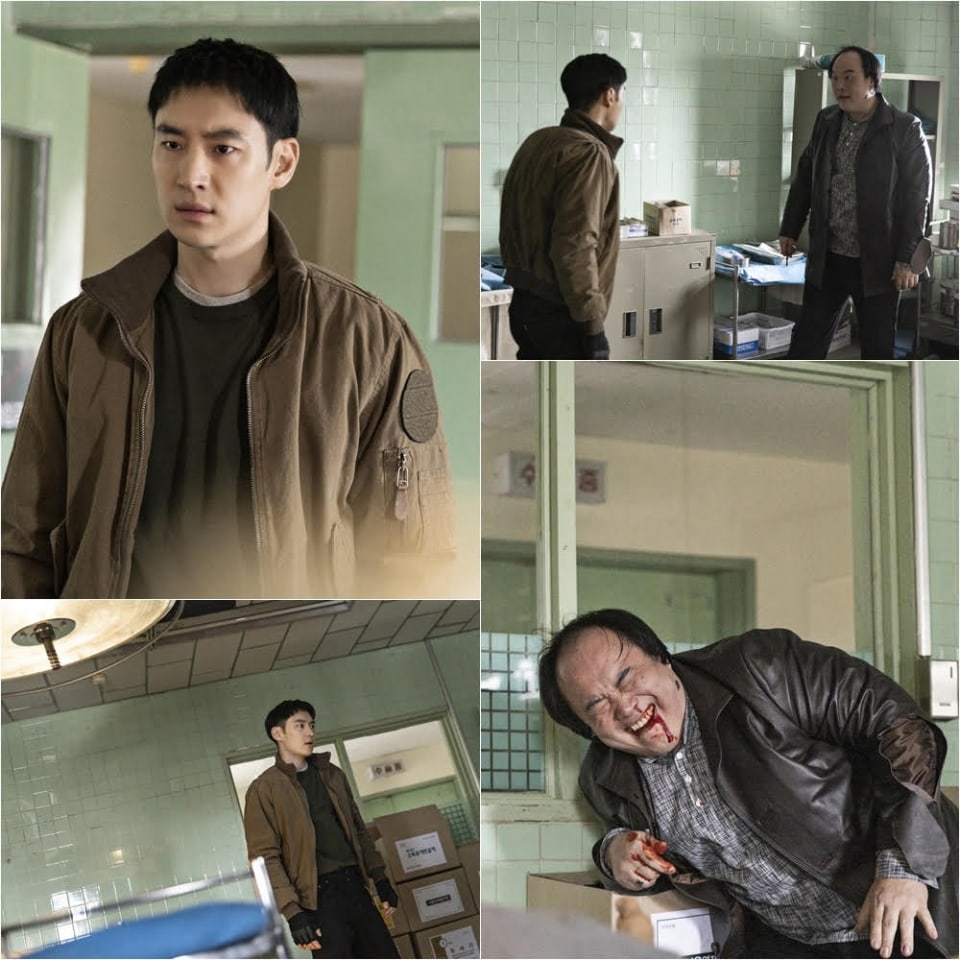 The production team commented, “In episode 12, a shocking secret that links the murder case without a body and the method of how the body disappeared will be revealed. Make sure to watch the next episode to see if Kim Do Ki and Kang Ha Na can join hands to find out the secrets lurking behind this case.”