tvN’s “My Roommate Is a Gumiho” has shared a cute new poster!

Based on a popular webtoon, “My Roommate Is a Gumiho” is a romantic comedy about a 22-year-old college student named Lee Dam (played by Girl’s Day’s Hyeri), who accidentally swallows the marble of a 999-year-old male gumiho (a mythological nine-tailed fox) named Shin Woo Yeo (played by Jang Ki Yong), who was close to achieving his goal of becoming human.

If a human swallows a gumiho’s marble, they can only live for one year, after which the marble will break—preventing the gumiho from ever becoming human. As they attempt to figure out a way to extract the marble from Lee Dam’s body before the year is up, Shin Woo Yeo suggests that the two move in together.

Kang Han Na will be appearing in the drama as Shin Woo Yeo’s friend Yang Hye Sun, who used to be a gumiho but has managed to become human. Meanwhile, Kim Do Wan will be playing the role of Do Jae Jin, a hopeless romantic who is willing to give his everything when it comes to love, but always gets dumped.

A newly released poster for the upcoming drama offers a sneak peek of the adorable chemistry between Yang Hye Sun and Do Jae Jin. Although they are looking off in opposite directions as they sit next to each other at a cafe, it’s obvious that both characters’ attention is entirely focused on the other—and neither of them is able to hold back a smile as they touch shoulders.

Despite his blundering ways, Do Jae Jin somehow manages to make Yang Hye Sun, who is an expert when it comes to dating and romance, feel something that she hasn’t felt in centuries. The poster’s caption reads, “This is the first time in 700 years that my heart has fluttered like this.” 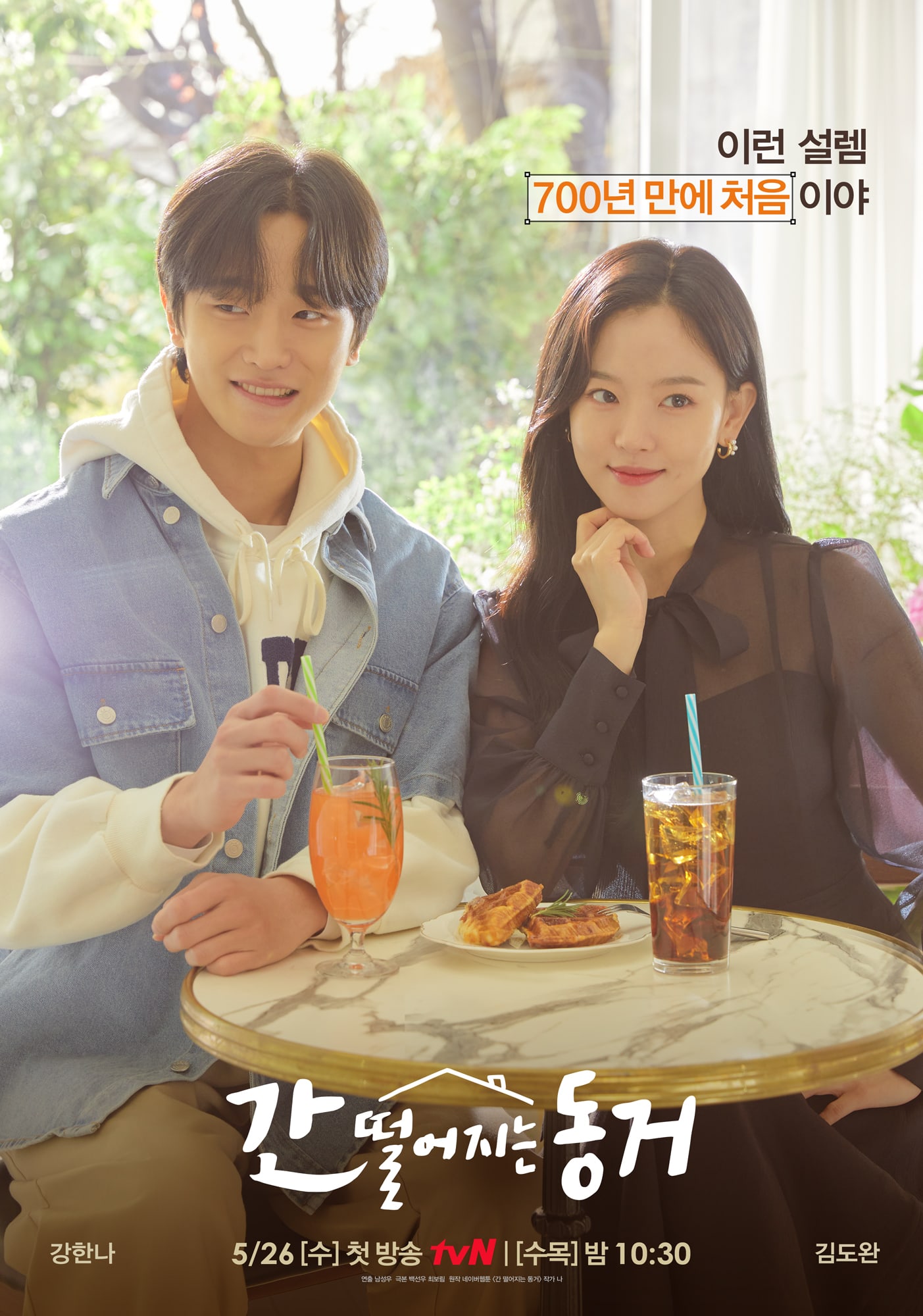 “My Roommate Is a Gumiho” will premiere on May 26 at 10:30 p.m. KST, taking over the time slot currently occupied by tvN’s “Mouse.”

In the meantime, watch Kang Han Na in “The Romance” with subtitles here…

…and Kim Do Wan in “She Knows Everything” here!

Kang Han Na
Kim Do Wan
My Roommate Is a Gumiho
How does this article make you feel?