JYJ’s Kim Jaejoong recently appeared on Naver NOW’s “Nighttime Workshop” as the special host and talked about the terrifying experiences he has had with sasaengs (overly-obsessive fans who invade the privacy of their favorite stars) throughout his career.

He shared, “Back when I used to promote in a group, the sasaengs would come into our house all the time. I was sent photos of my living room, bedroom, and kitchen to my phone, and I was in the photos. That means they quietly came into the house, took photos, and left. I don’t know how they got my phone number, but they sent those photos to me.”

When Kim Jaejoong started living alone in an apartment, a sasaeng moved into the building across the street from him on the same floor and constantly watched him. Kim Jaejoong explained, “I moved to that house because I liked the balcony, but I couldn’t even use it because they’d be staring at me all the time.”

He was still contemplating if he should move out or not until a decisive incident took place. “Late at night, I heard the doorbell ring. I checked the intercom, but no one was there. So I went back inside my room, but the doorbell rang again. I checked the intercom again, but no one was there. I started to get scared, so I opened the door and looked outside. But the door only opened about 30 centimeters wide. When I looked down, I saw a person’s leg. I was so scared that I just closed the door. When I opened the door, they weren’t there again. But I could hear someone running down the emergency staircase. I chased them at full speed and caught them. I caught them, and it was one of those people (sasaengs), as expected. I thought, ‘This really isn’t it,’ and called the police. But the police officer said to me, ‘It’s your fan. Of course a fan can come by, why are you reporting them to the police? Kim Jaejoong, you’re so narrow-minded,’ and left. That’s how it was back then.”

A few days later, the same doorbell prank happened again, and Kim Jaejoong guessed that it was the same person who had come back. Something similar happened another day, but this time, someone was violently shaking the doorknob instead of ringing the doorbell. 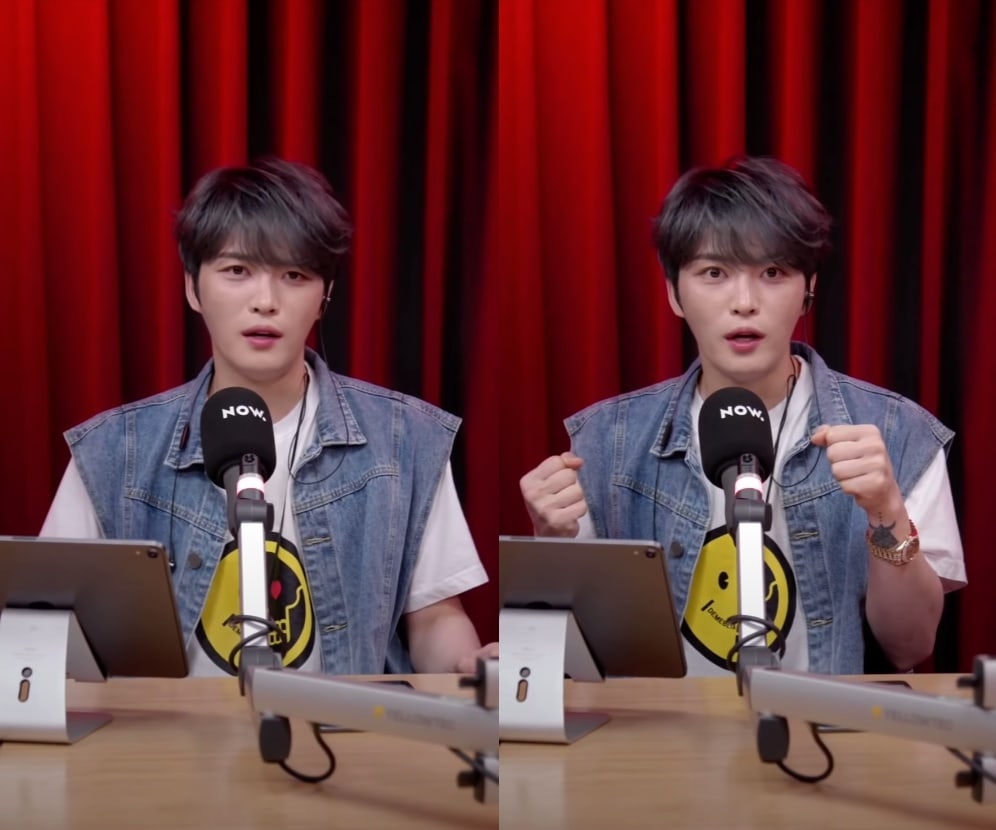 He shared that he had to move houses every two years and had to buy a new car frequently because sasaengs always found out about his new car and followed him around.

He told another story, which he said was unrelated to sasaengs but scared him nonetheless. “I ordered delivery, and someone came with their cap pulled down low. I was about to pay, but that person was staring at me with only the whites of their eyes showing. So I told them, please process the payment, and they said, ‘You know me, don’t you?’ from under the cap. I asked who they were, and they responded, ‘You really don’t know me?’ I said, ‘No, I don’t. Who are you?’ and they replied, ‘Is that so? Okay,’ before getting in the elevator. As the doors to the elevator were closing, I asked again, ‘Why are you doing this?’ and they just smirked until the doors closed. I got goosebumps and called the restaurant. I told them what had happened and asked for information on the deliveryman because they seemed so suspicious, and they said to me, ‘They just quit a few moments ago.’ The person just delivered to my house and quit! They could come by again if they wanted to.”

Kim Jaejoong shared his last story, one of a time he lived in a ground-floor apartment. His apartment was next to the building’s residents-only garden. One day, he heard someone knocking repeatedly on his window that led to the garden. He thought that the strange deliveryman had come again, so he took a wooden sword he had at home and went to check, but it turned out to be a sasaeng from abroad.

“It ended for me after 12 years. It doesn’t happen to me anymore. Now, I don’t move, and I sold all of my cars. I’m finally free. I can even walk on the streets normally these days. I’m so happy.”

Kim Jaejoong is hosting “Nighttime Workshop” in place of Jukjae, who is taking a break.

Check out Kim Jaejoong in the reality show “Photo People in Tokyo” below: