Actor Lee Ji Hoon revealed his doting side as he took care of a neighbor’s daughter and gave his sister warm advice on MBC’s “Home Alone” (“I Live Alone”)!

The May 14 broadcast showed the actor enjoying his everyday life in the city of Namyangju, meeting neighbors and sharing a meal with his sister.

Lee Ji Hoon introduced his dog named Baby, saying, “She’s a princess. She’s really cute.” Revealing the reason why he decided to live alone, he shared, “There’s a lot of times when I have to leave at dawn. I ended up getting my own place since there were times when my parents couldn’t sleep because of me.” 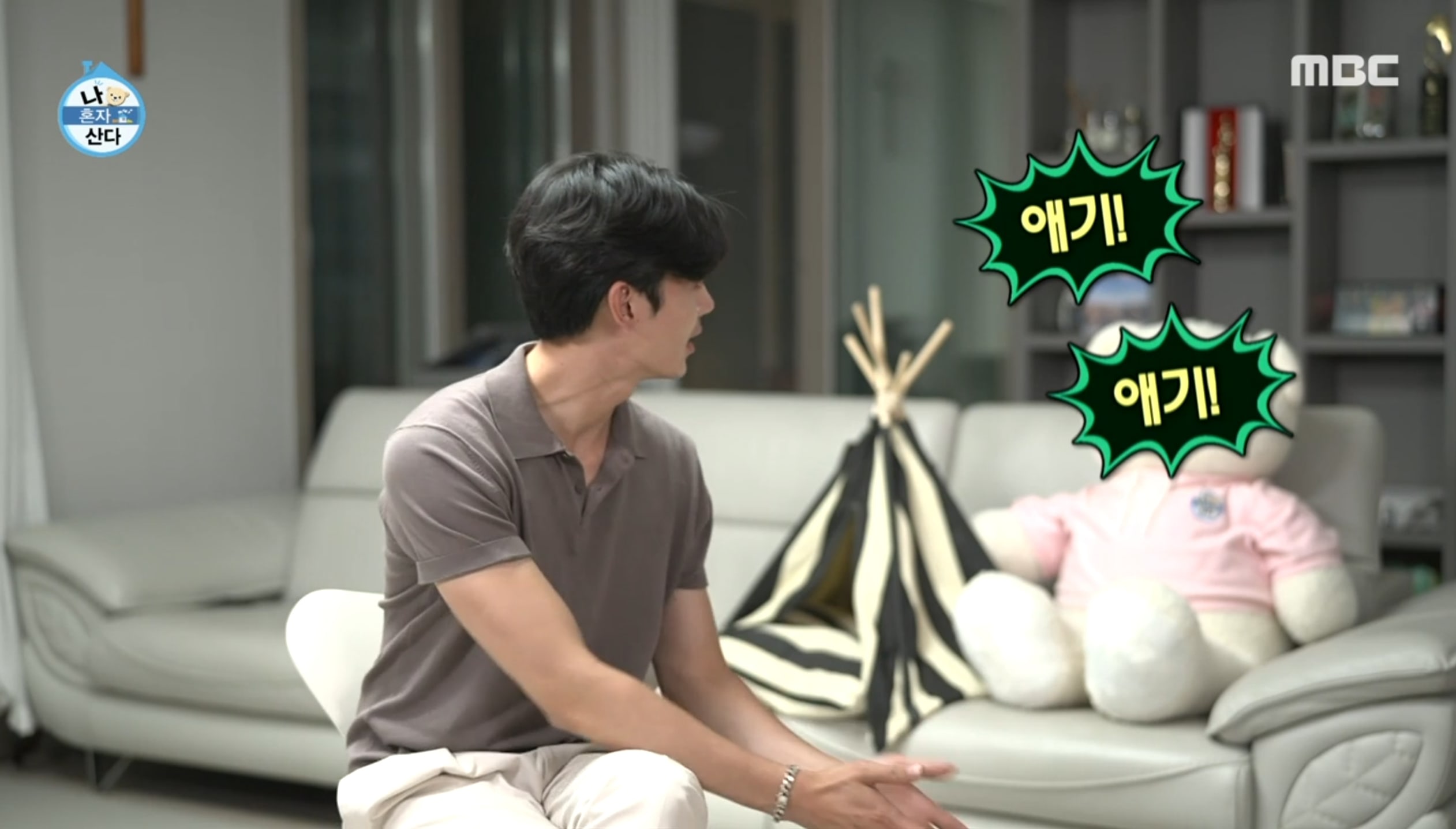 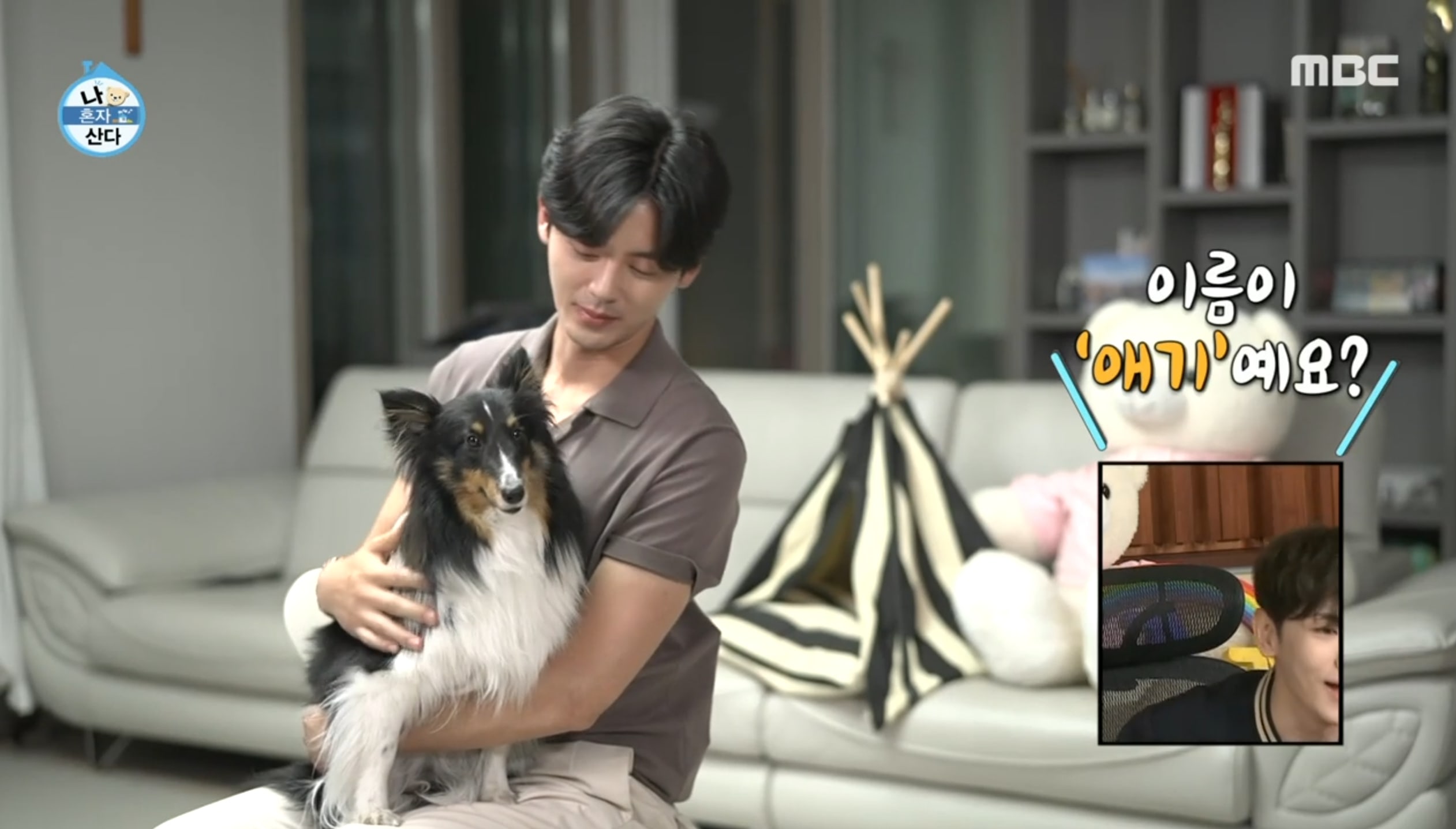 Speaking about his clean house, he commented, “I don’t know much about interior design. It’s just the way it is.” As for how he feels about living in Namyangju, the actor said, “I love Namyangju. I came to Deokso village in elementary school and grew up there.” When asked if he had any desire to become an ambassador for the town, he cautiously said, “If that happened I would be very thankful.” 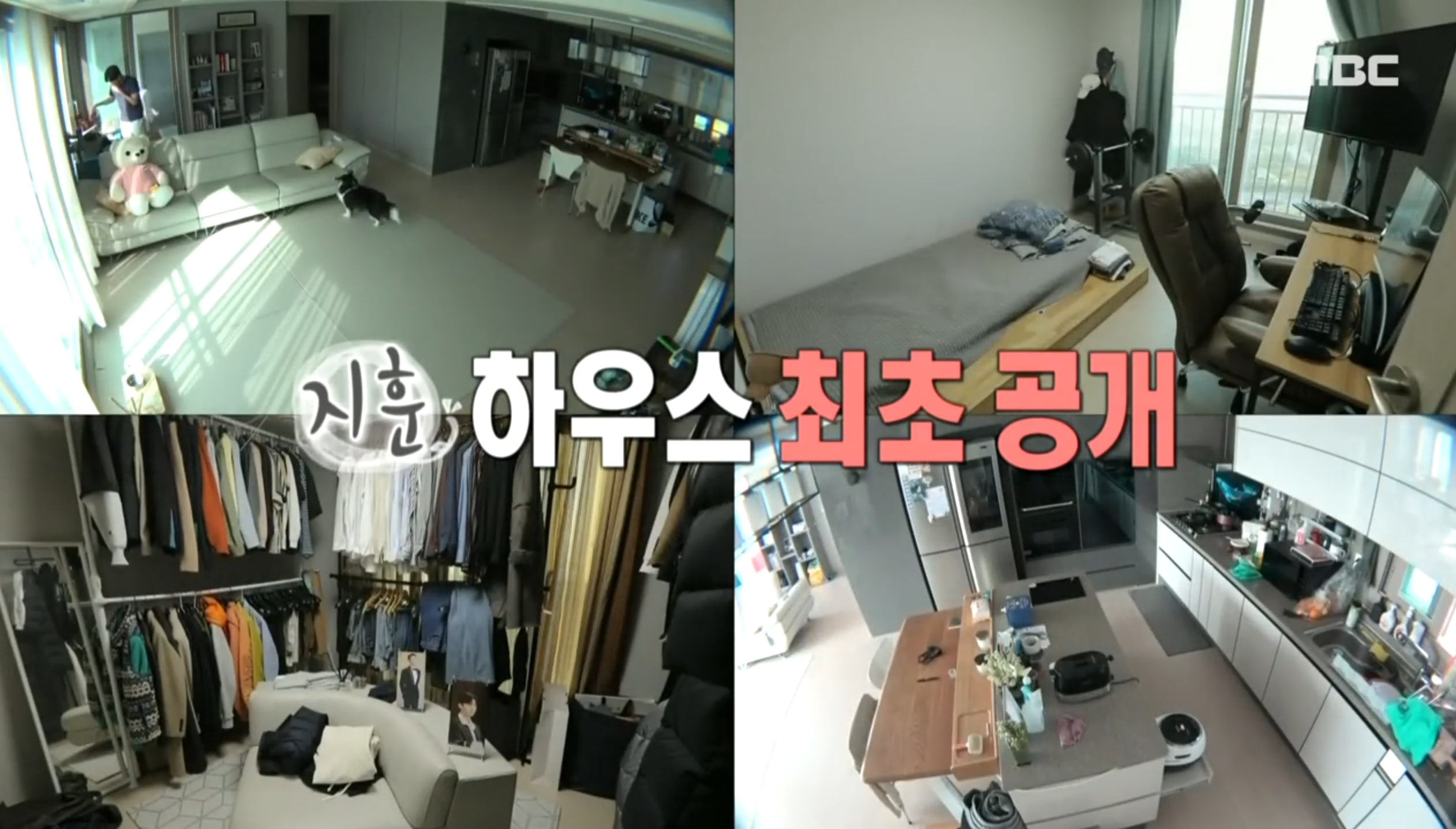 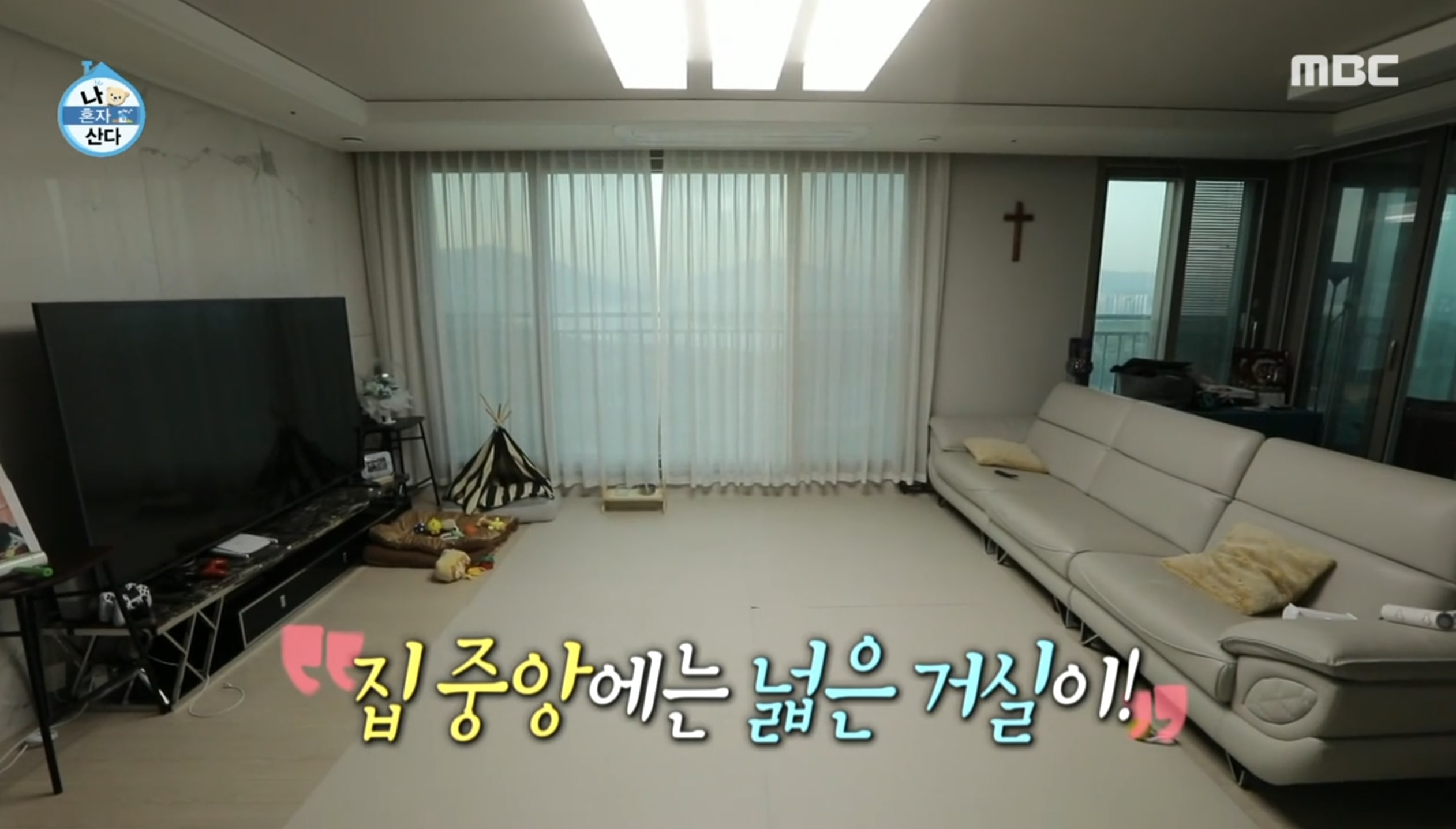 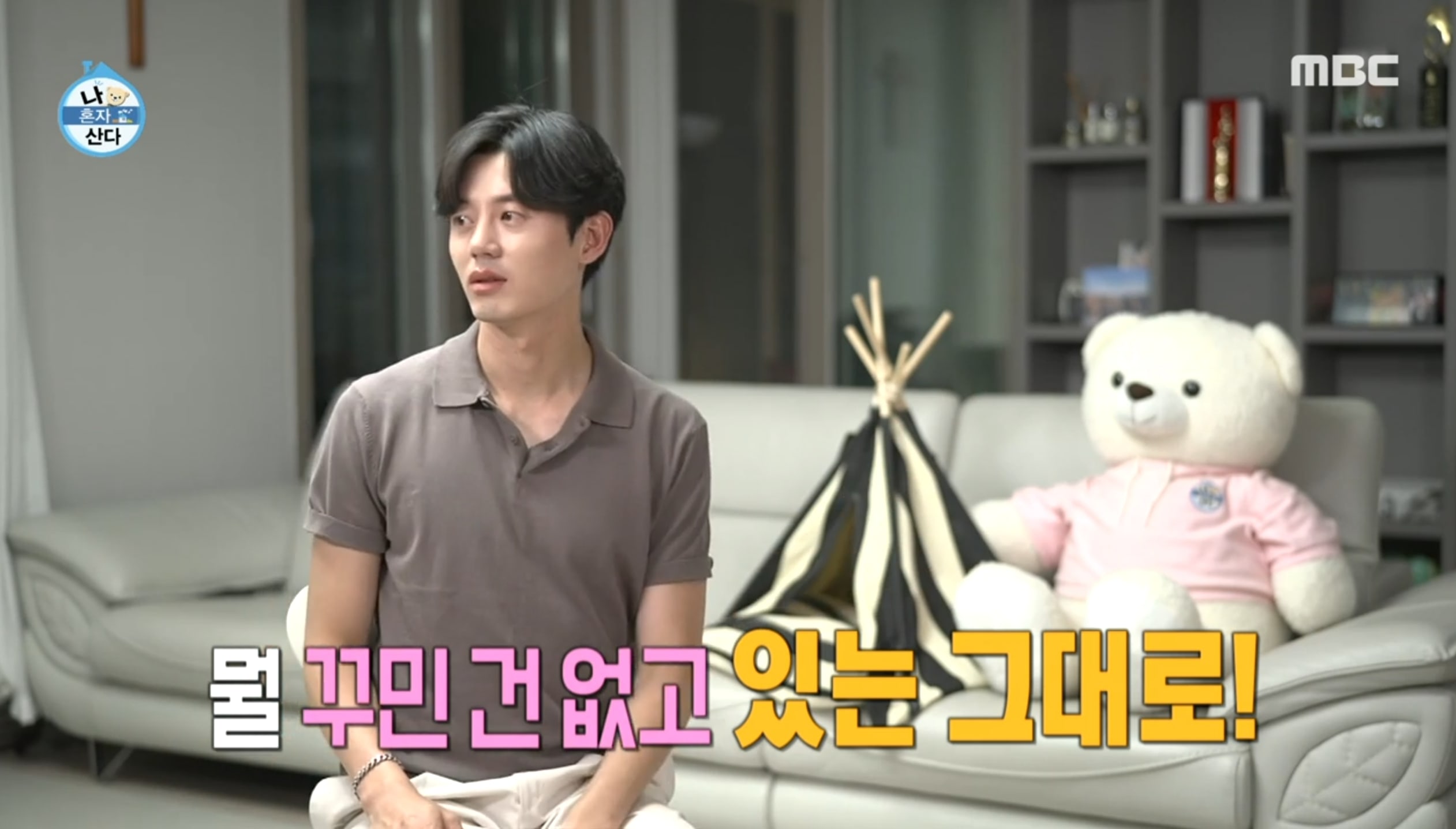 Lee Ji Hoon started his day by cooking some beef and going out for some udon not long afterwards. He then returned home to make a sandwich with beef inside. Seeing how much he ate, Park Na Rae commented, “Whenever you see people who eat well without gaining weight, they’re always diligent and always moving.” SHINee’s Key added, “Whatever he does, he always eats afterwards.”

Lee Ji Hoon also shared his experience taking part in “River Where the Moon Rises,” speculating on the reason why he injured his shoulder as he sat down at the doctor’s office. “I wore armor that weighed about 9 to 10 kilograms (approximately 20 to 22 pounds) while filming. My shoulders were weighed down and I couldn’t move my neck, so I must have gotten off-balance,” he said.

Commenting on the re-filming, he said, “I ended up filming for a month longer than the originally scheduled time. It was tiring for everyone. There was an earnest desire to see the drama to its conclusion. It ended well in a natural manner.” 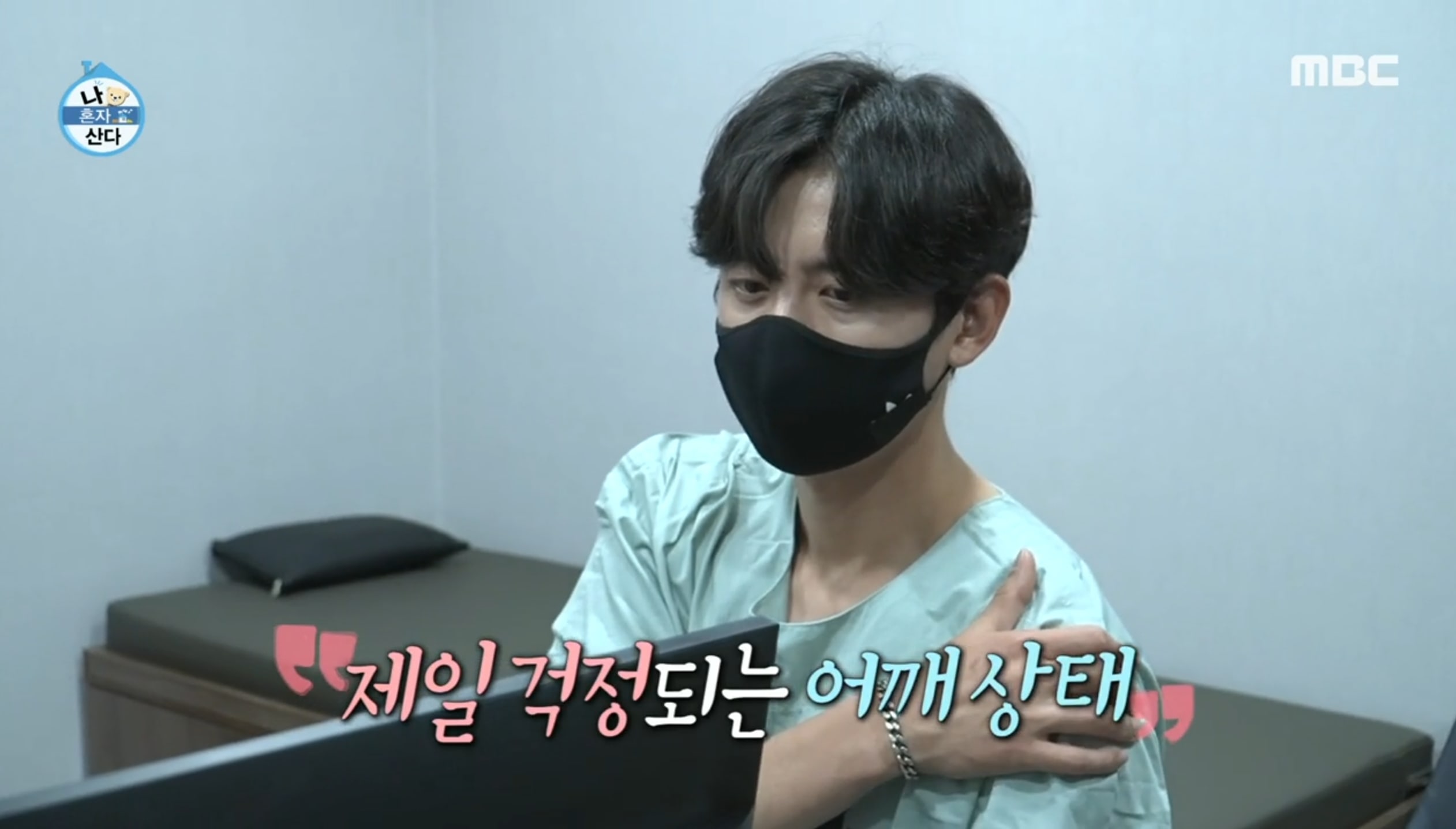 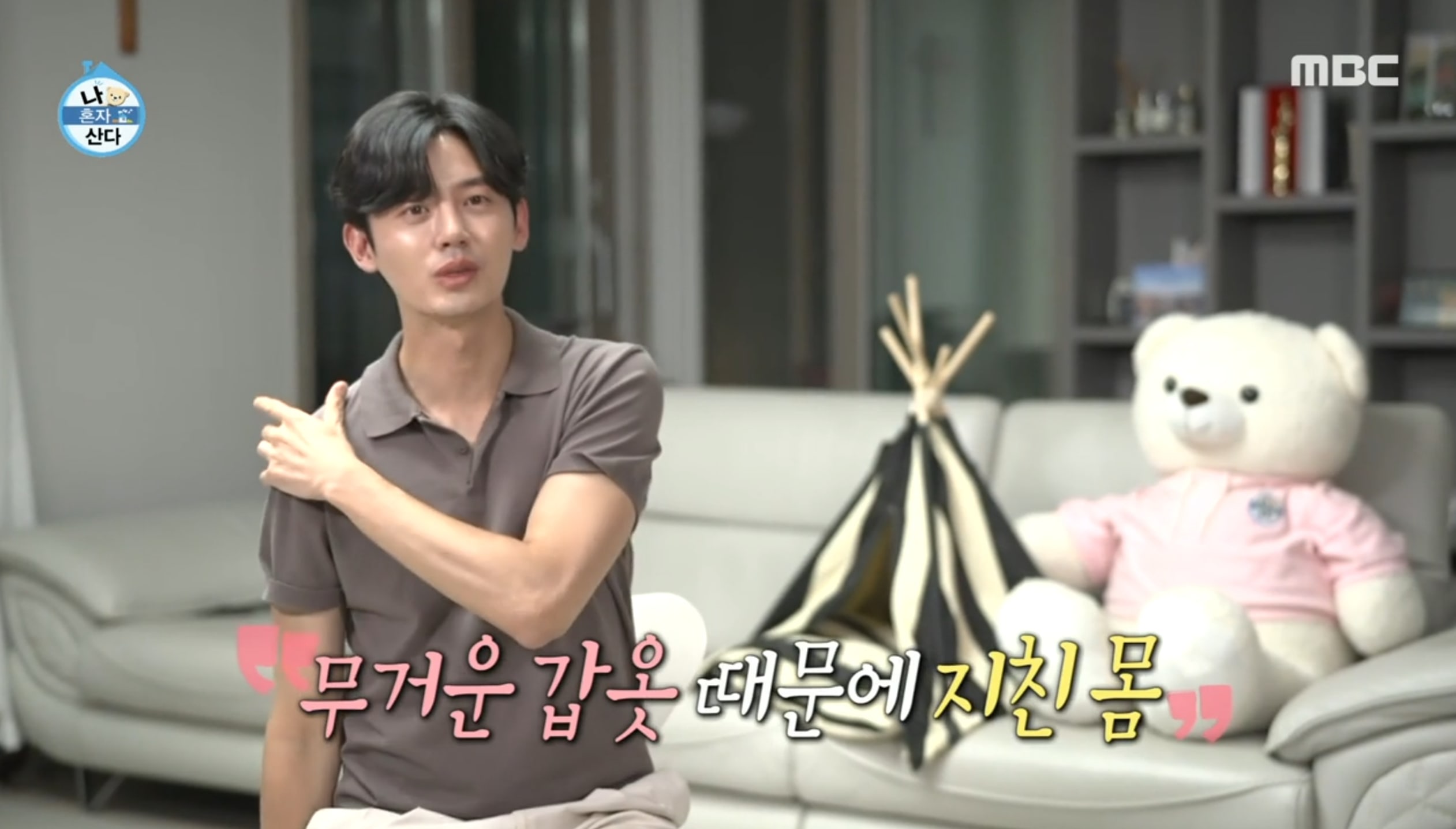 He also paid visits to his neighbors, taking care of the next-door neighbor’s daughter Eun Yoo and getting along well with the udon restaurant’s owner. The actor had a friendly demeanor with which he struck up conversations and took pictures with other neighbors passing by. 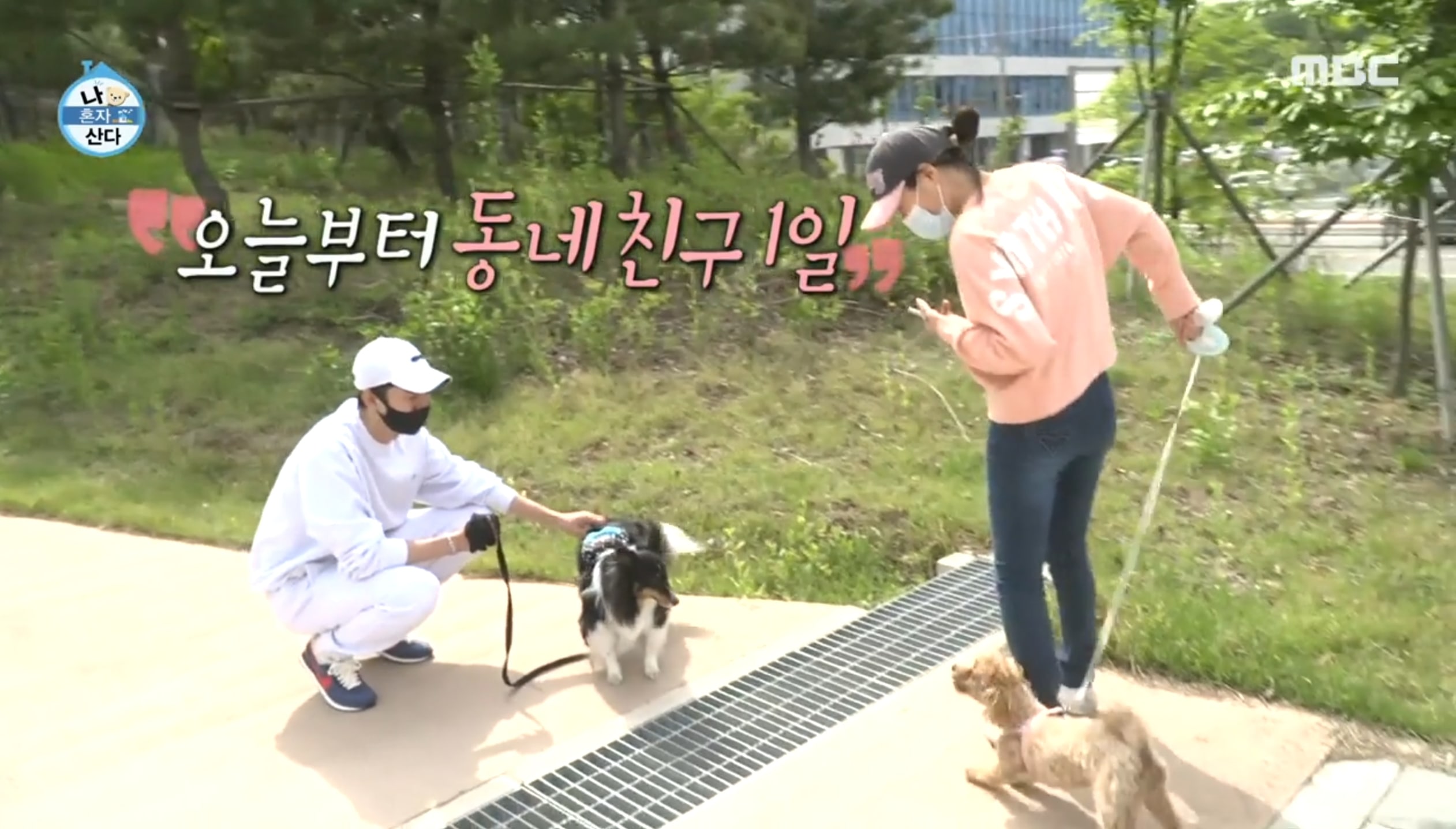 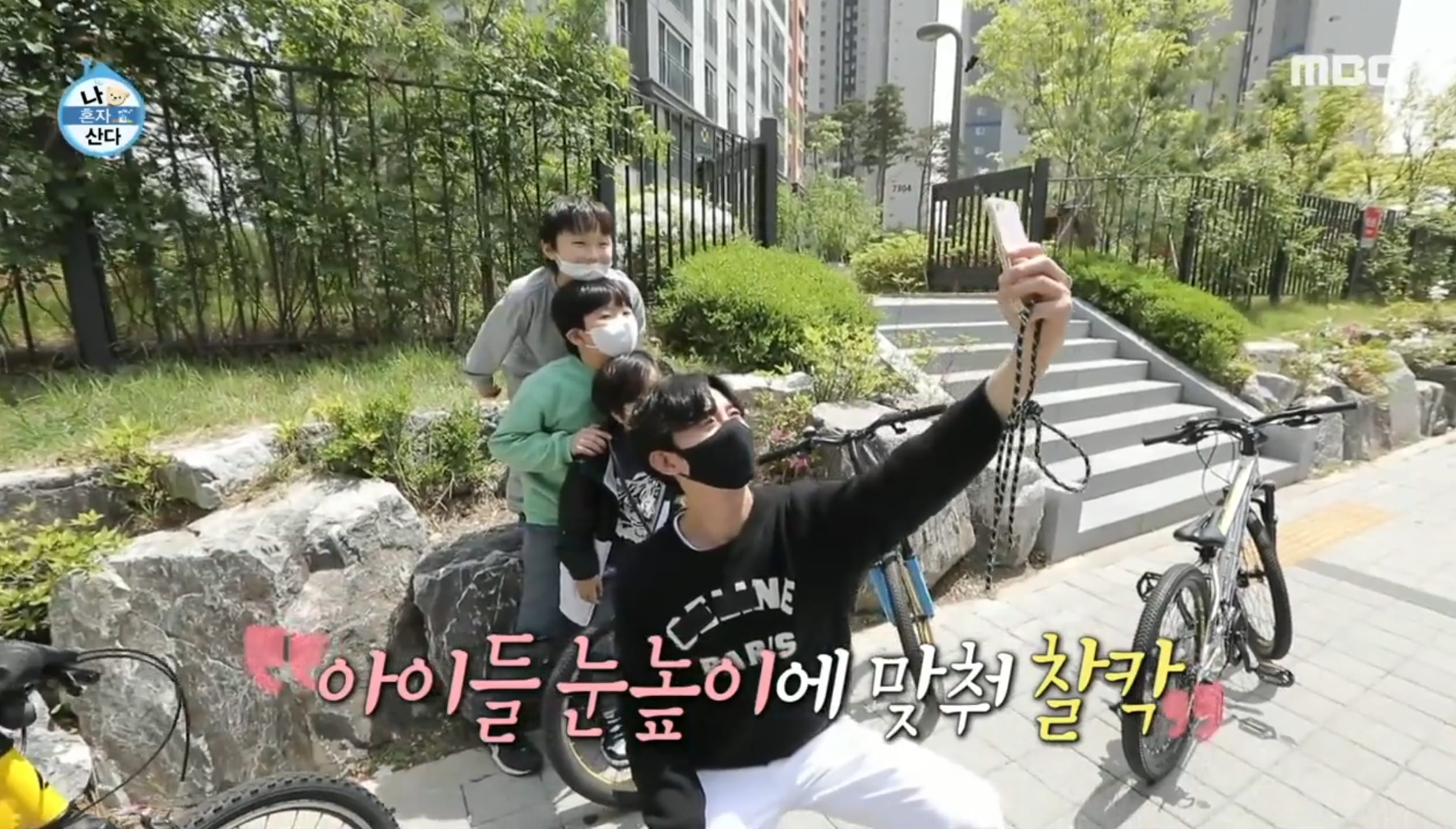 Although Lee Ji Hoon wanted to play with Eun Yoo, she appeared to find him bothersome. When he finished cooking her some fried rice, Eun Yoo bewildered him when she said she wanted to eat steamed rice instead. Lee Ji Hoon pulled cute faces at her, but even this secret weapon failed to convince Eun Yoo to eat her shrimp. After the meal, Eun Yoo’s father came to pick her up and Lee Ji Hoon finally had a chance to rest. 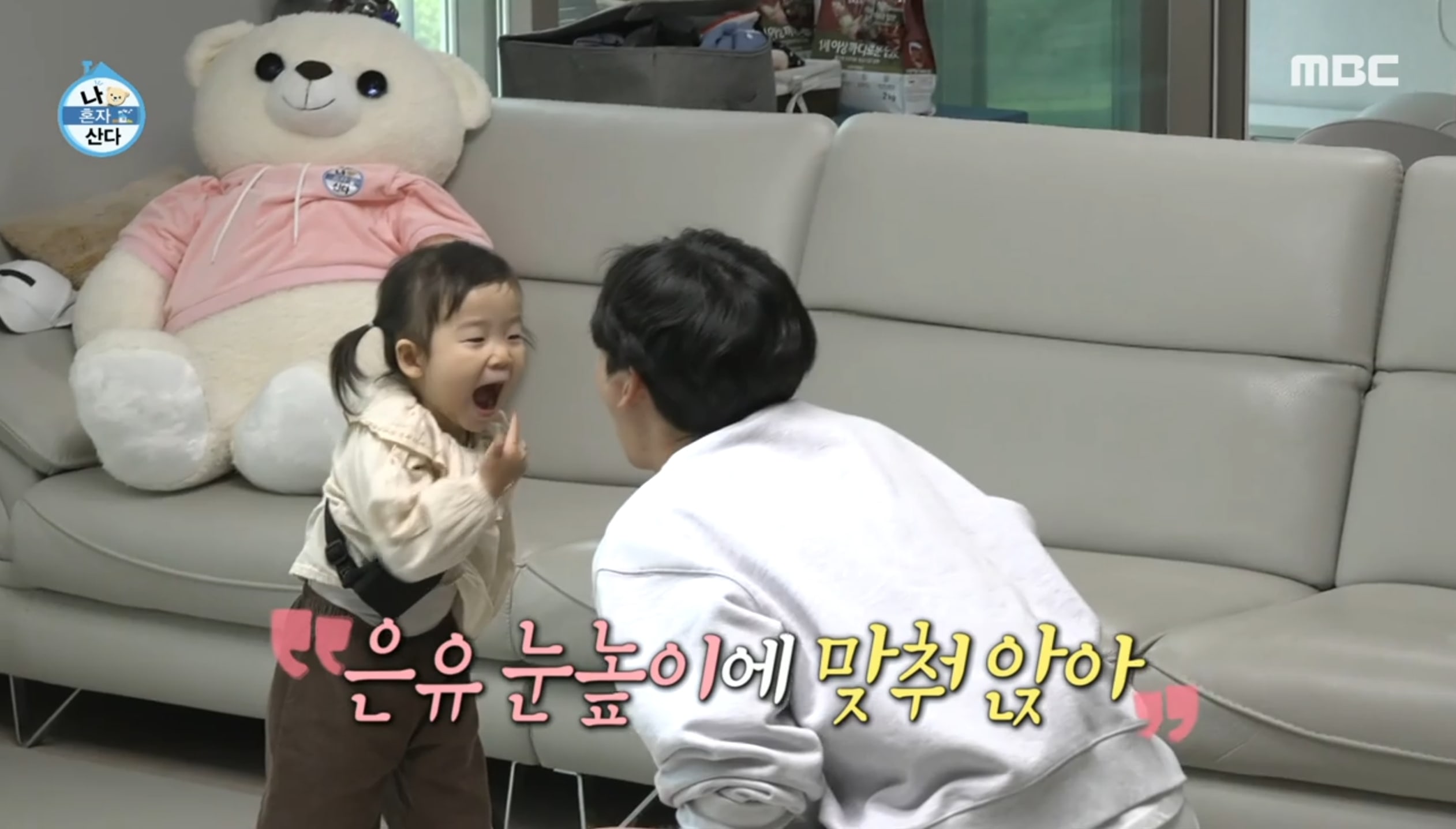 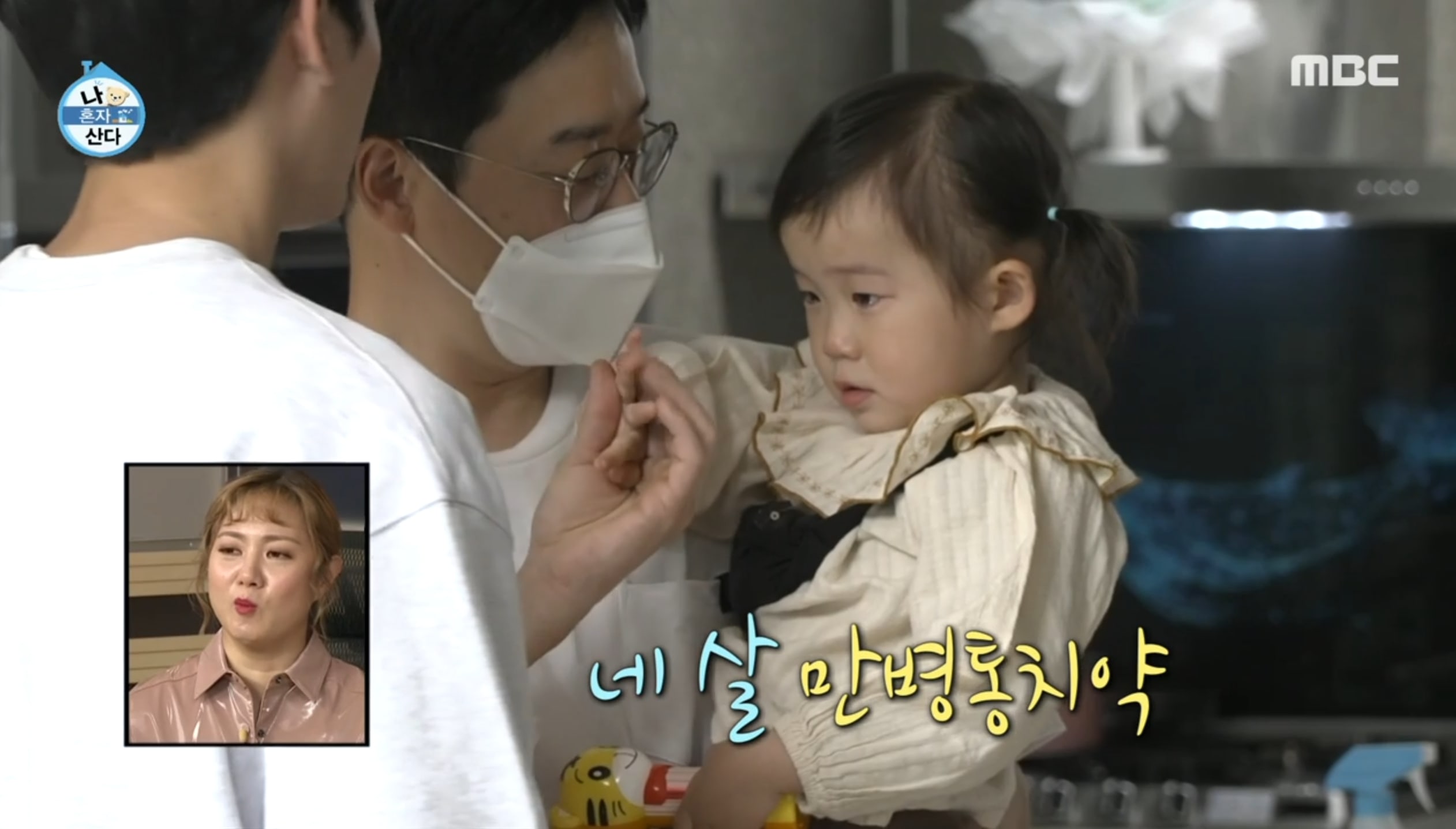 However, his relaxation was short-lived as his younger sister Lee Han Na keyed in the passcode for his door and entered, announcing that she had bought plenty of pork in order to have a party with him. Lee Han Na appeared to be very comfortable in her older brother’s house, even cleaning up the kitchen while he took a nap. 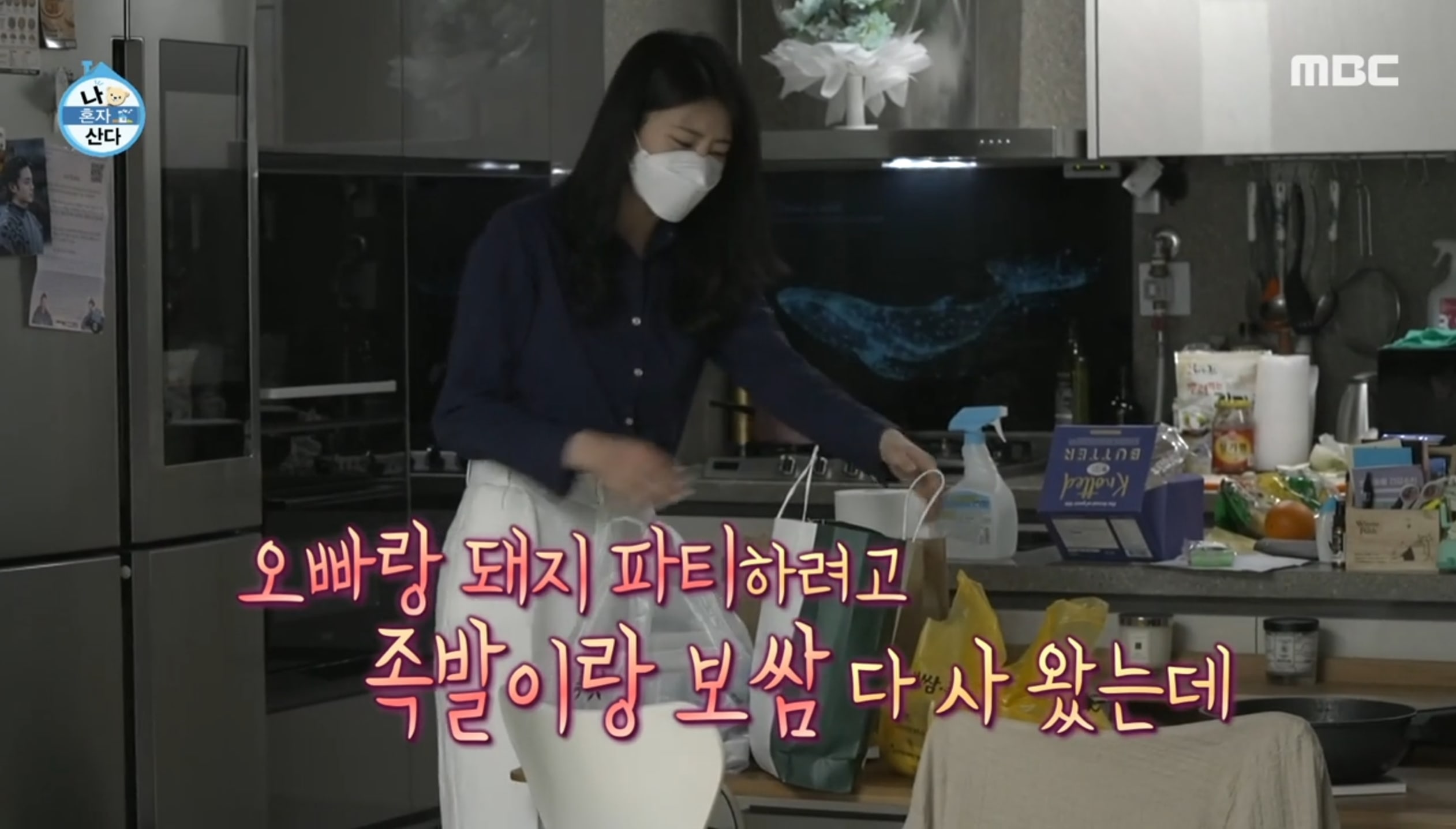 Upon awakening, Lee Ji Hoon began eating with his sister. As siblings who openly talk about everything, Lee Ji Hoon gave advice to his sister who was struggling with her savings and wondering how she would ever purchase a house. Lee Ji Hoon said, “It hasn’t been long since you started. When I filmed ‘School 2013‘ I earned 500,000 won (approximately $444) per episode. At that time I thought I would never have a car or a house.”

In the following interview, Lee Ji Hoon shared, “When I lived with my parents before I lived alone, I didn’t try to approach people first. While living alone and attempting to approach people, get to know and communicate with them, I’ve learned a lot and realized that life isn’t meant to be lived alone, it’s meant to be shared with others. I’ll keep working hard to be the guy everyone knows in Namyangju.”

Also check out Lee Ji Hoon in “River Where the Moon Rises” below:

Home Alone
Lee Ji Hoon
How does this article make you feel?