“Mine” Previews Tense Situations That Could Escalate At Any Moment

tvN’s “Mine” has released interesting new stills of the upcoming episode!

“Mine” is a drama about strong and ambitious women who overcome society’s prejudices to discover what’s truly theirs. Lee Bo Young stars as Seo Hee Soo, a former top actress and the wife of the second son of the chaebol family Hyowon Group. Kim Seo Hyung stars as Jung Seo Hyun, the elegant and well-born wife of the eldest son of Hyowon Group.

An exhibition hosted by Seo Hee Soo will open in episode 4. Seo Hee Soo and Jung Seo Hyung, the wives of the Hyowon Group’s two sons, look around the exhibition together with their arms linked, quieting down rumors of their discord. 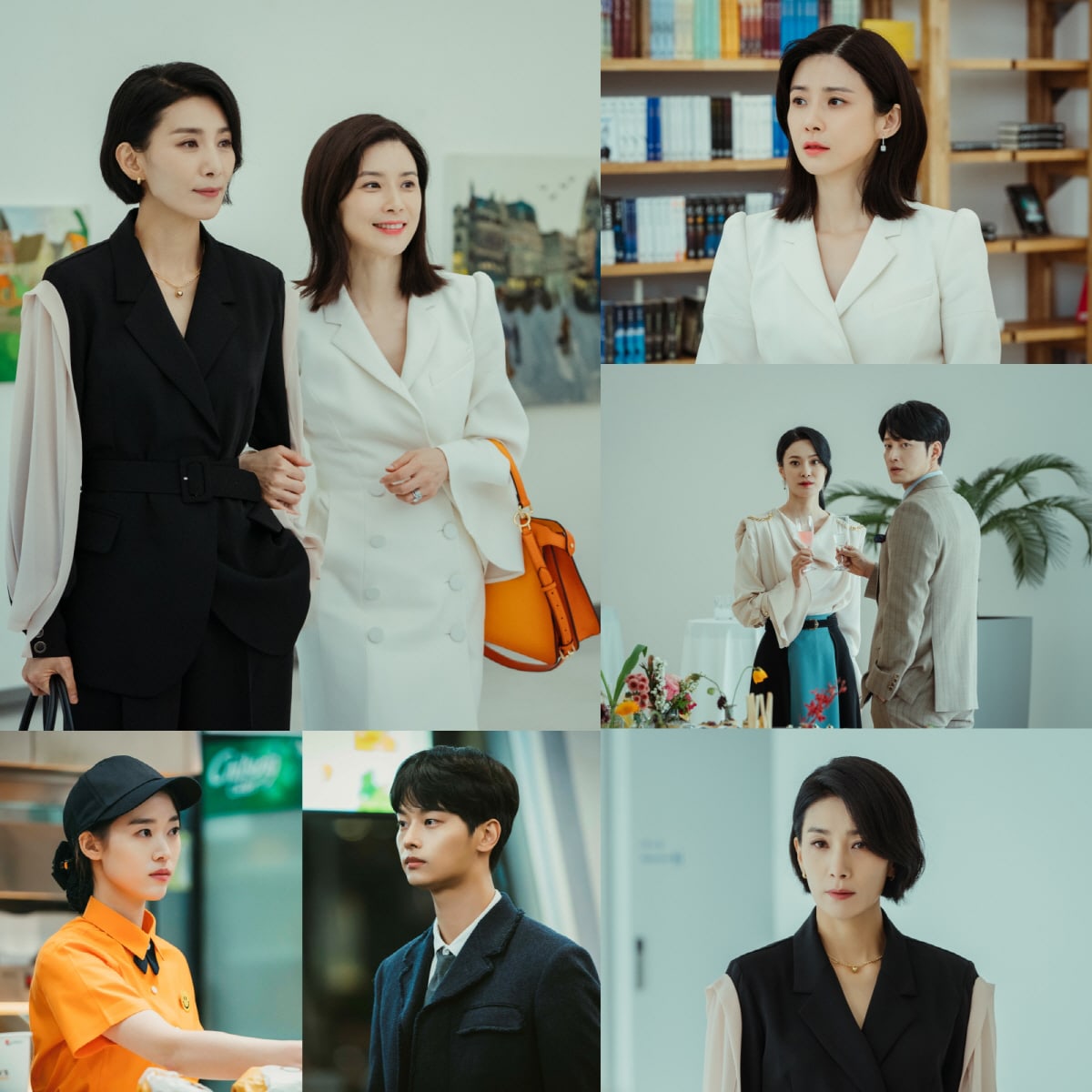 In other stills, Cadenza’s housemaid Kim Yoo Yeon (Jung Yi Seo) is working part-time at a fast food restaurant. Han Soo Hyuk appears in front of Kim Yoo Yeon, who is surprised to see him. Kim Yoo Yeon has her guard up while Han Soo Hyuk simply looks at her with a straight face.

When Jung Seo Hyun found out that her son Han Soo Hyuk (Cha Hak Yeon) had been switching rooms with her at night, she gave Kim Yoo Yeon a stern warning. Kim Yoo Yeon may have left Cadenza to follow Jung Seo Hyun’s wishes, or there may be a different reason behind her behavior.

Viewers are eager to find out about Kang Ja Kyung’s identity, what Seo Hee Soo and Jung Seo Hyun will witness at the exhibition, and what events will unfold between Han Soo Hyuk and Kim Yoo Yeon.

Also check out Lee Bo Young in “When My Love Blooms“: