On the latest episode of “The King of Mask Singer,” one of the actors from the smash hit drama “The Penthouse” surprised the panel with his impressive vocals!

During the May 16 broadcast of the MBC singing competition, “Go! Go, I Tell You!” went up against “I’m Getting Off at This Stop” in the first round. Together, they performed a gorgeous cover of 2NE1’s “Lonely.”

After their performance, “Go! Go, I Tell You!” also did a fun impersonation of his “The Penthouse” co-stars Uhm Ki Joon, Kim So Yeon, and Ha Do Kwon while beatboxing at the same time. (His impersonation starts at 1:53 in the clip below.)

Although the panelists were impressed by both contestants, “I’m Getting Off at This Stop” ultimately won the round with 16 votes.

“Go! Go, I Tell You!” then performed a soulful rendition of Bobby Kim’s “MaMa,” taking off his mask halfway through the song to reveal his identity.

The talented singer turned out to be none other than Kim Do Hyun, the actor who plays Cheon Seo Jin (Kim So Yeon)’s right-hand man Secretary Do in “The Penthouse.” 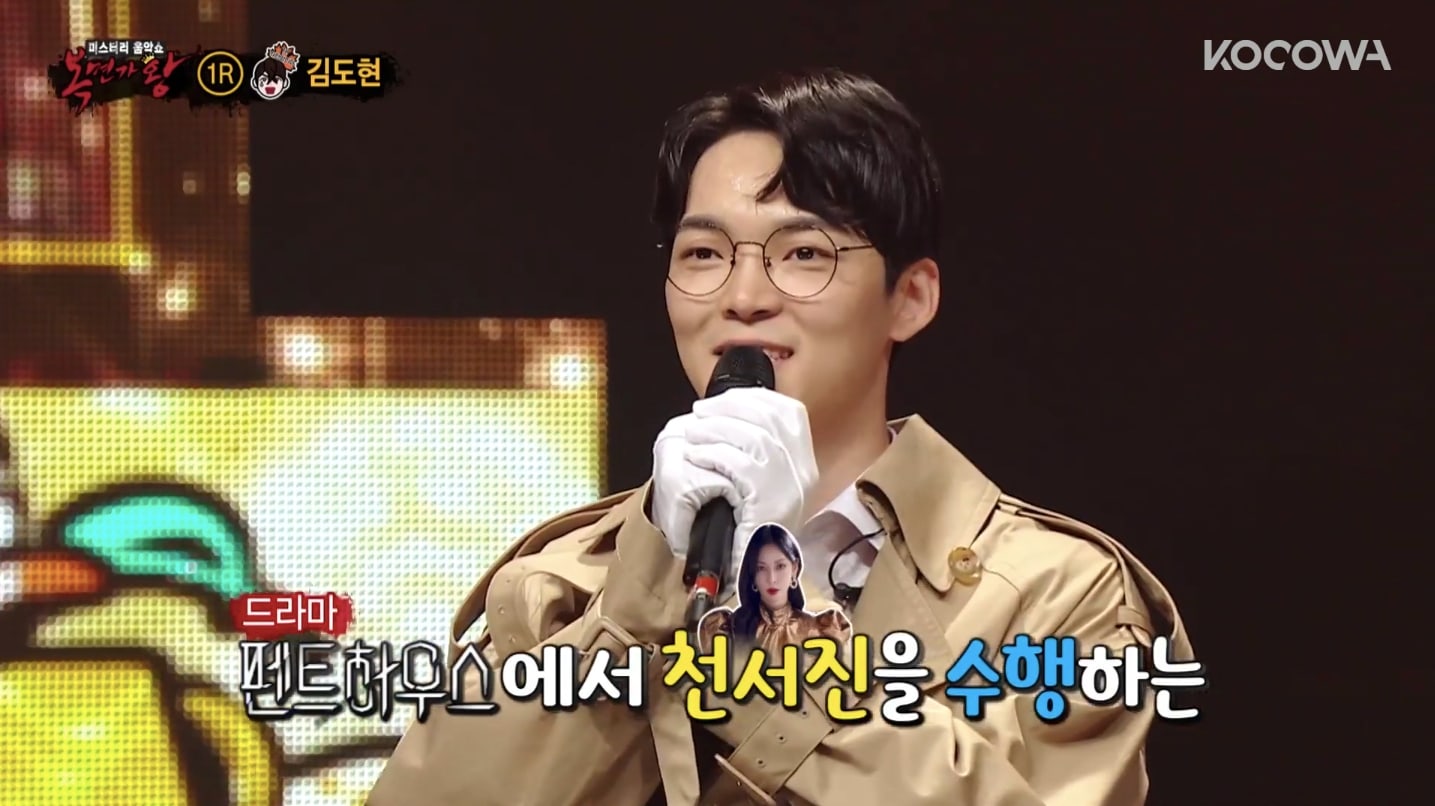 After the panelists expressed their disappointment that he had been eliminated, Kim Do Hyun talked about his experience filming “The Penthouse.”

Host Kim Sung Joo jokingly asked if he’d had a rough time because of his role as the much-abused Secretary Do, and Kim Do Hyun replied, “There was actually a scene when [Kim] So Yeon slaps my face, but she was so apologetic about it. She kept making dolphin noises and exclaiming, ‘I’m so sorry! What should I do?'”

He went on to share that Kim So Yeon had given him a great deal of strength during filming, recalling, “While we were filming, she told me, ‘All this tough acting is definitely going to be a big help to you down the road, and a lot of great things are going to happen for you.’ Being able to perform on such an amazing stage like this, I think this must be one of the great things [she was talking about].” 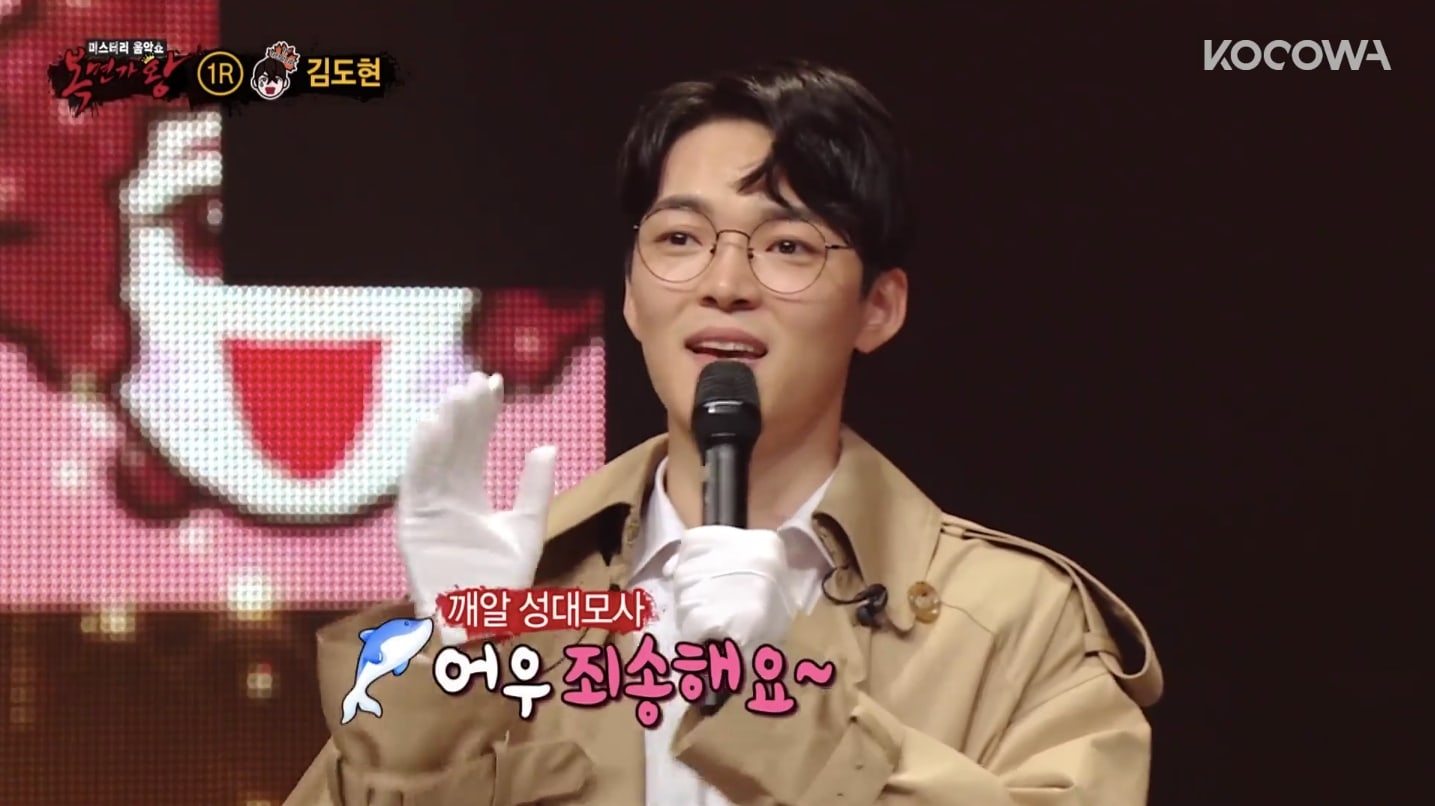 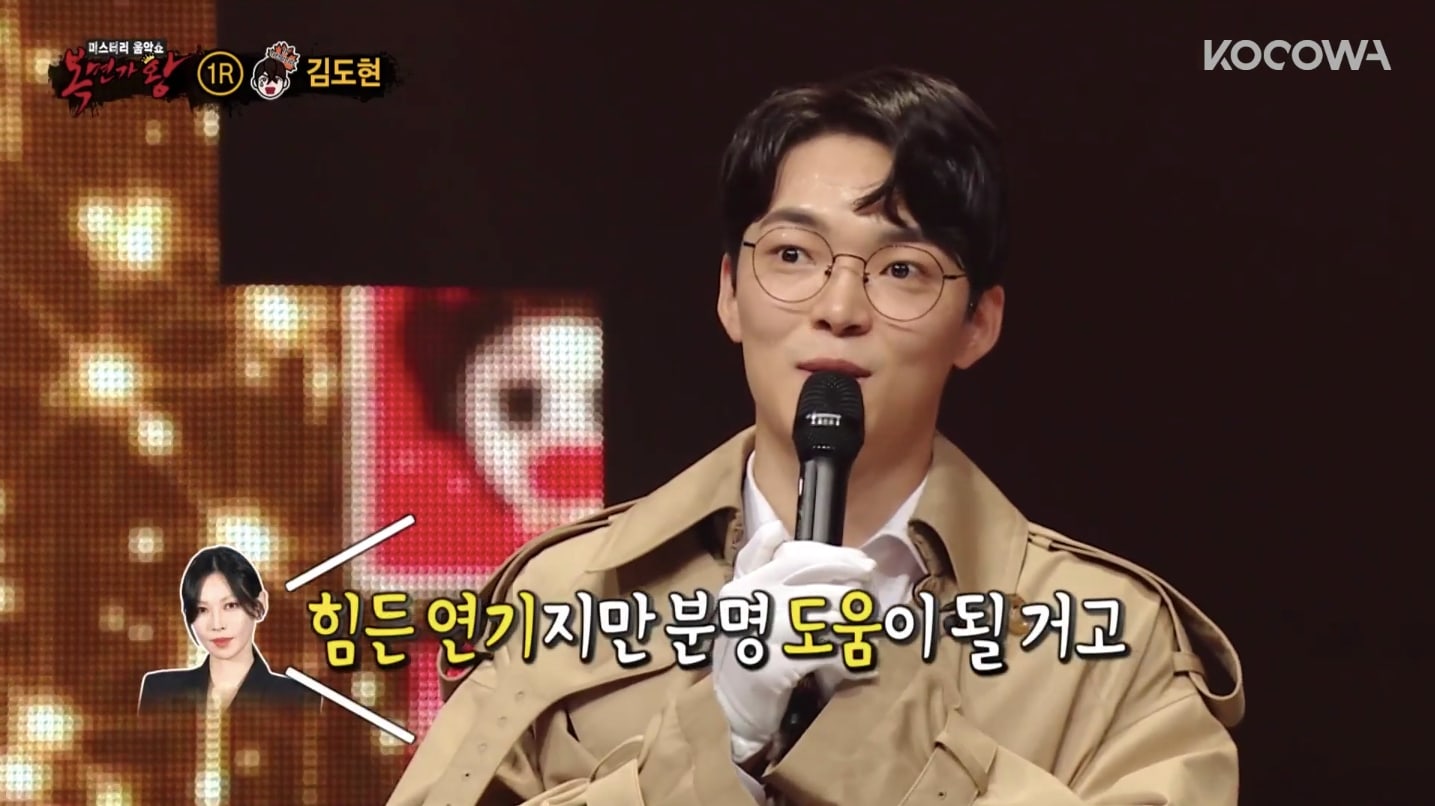 …and watch Kim Do Hyun in “The Penthouse 2” below!

Kim Do Hyun
Kim So Yeon
Uhm Ki Joon
The King of Mask Singer
Ha Do Kwon
The Penthouse
How does this article make you feel?