aespa Talks About Their Avatars, Powerful Concept For New Single “Next Level,” And More

On May 17, aespa held a press conference to celebrate the release of their new single “Next Level”!

Following their debut in November with “Black Mamba,” aespa made a huge splash, sweeping the charts and becoming the first K-pop artist to be a brand ambassador for Givenchy. The group also snatched the title of Rookie of the Year in the digital category at the 10th Gaon Chart Music Awards. 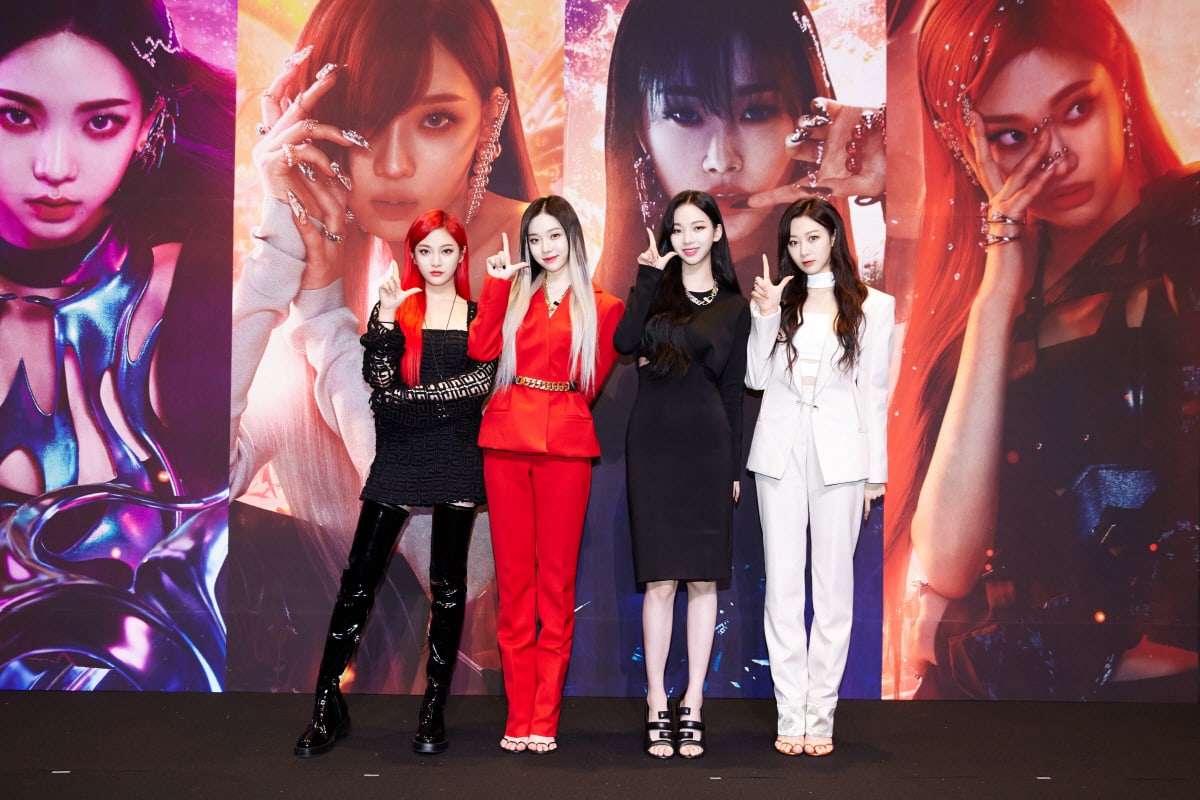 Karina shared, “I was bewildered and happy to set such a big record through our debut song. I thought that we should work harder for the fans.” Ningning said, “Since we received a lot of love through ‘Black Mamba,’ I wanted to show lots of great music and stages. I’m glad we can show a more powerful performance through ‘Next Level.'” Giselle shared, “After listening to ‘Next Level,’ I thought the song was really good and wanted to everyone the performance soon,” and Winter commented, “I’m thankful we received our first rookie award since our debut.” 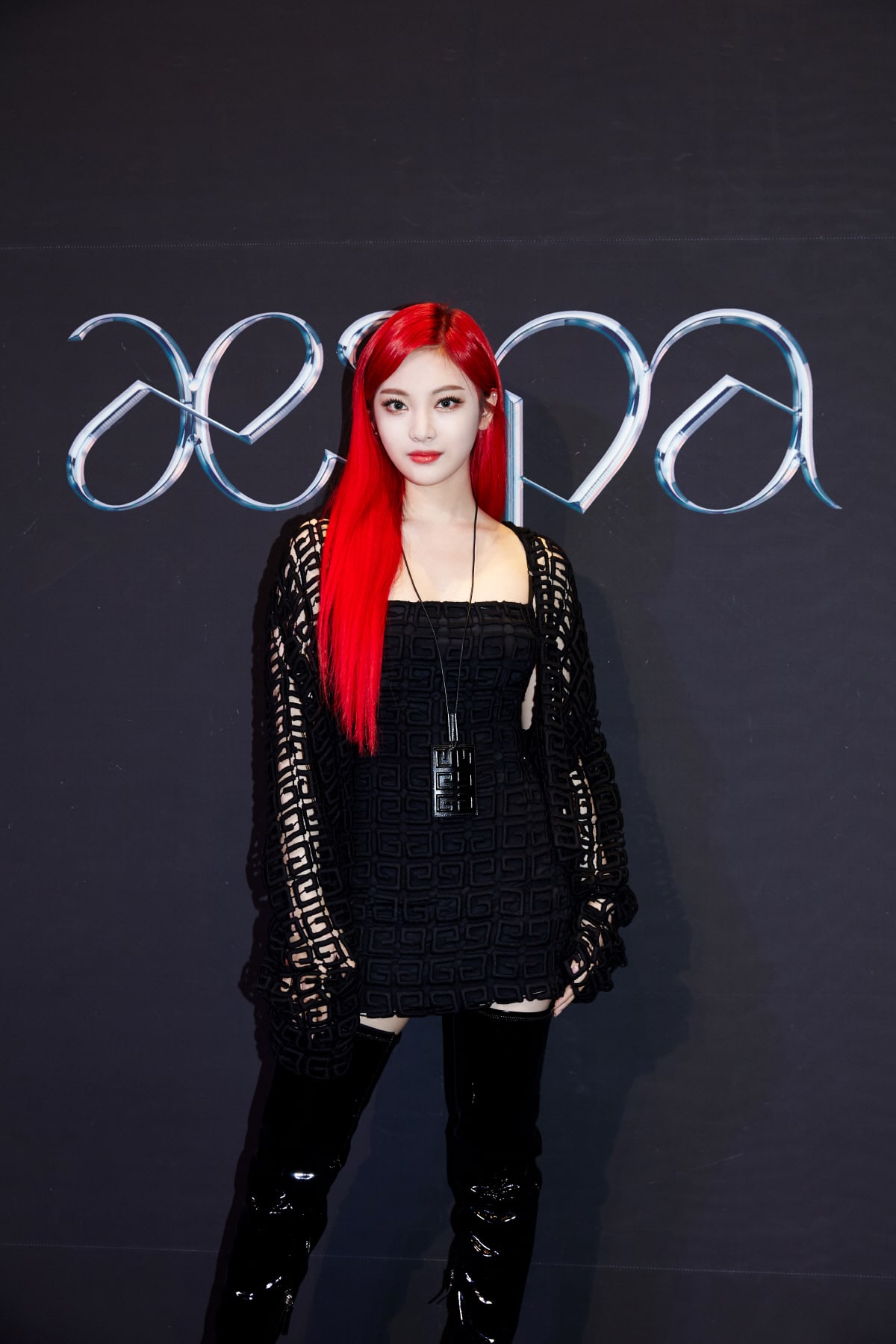 “Next Level” is a remake of the OST from the film “Fast & Furious Presents: Hobbs & Shaw.” The lyrics are about the journey to a place called Kwangya to find the Black Mamba that interfered with the connection between aespa and æ aespa (aespa’s avatars) and caused the world to fall into chaos.

Karina commented, “I worked hard to let out a powerful voice. Please anticipate the intense performance that mixes our powerful voices and fast choreography.” Winter confidently said, “We also prepared outfits to match the futuristic concept. We tried to portray a powerful and new look that’s different from ‘Black Mamba.'” 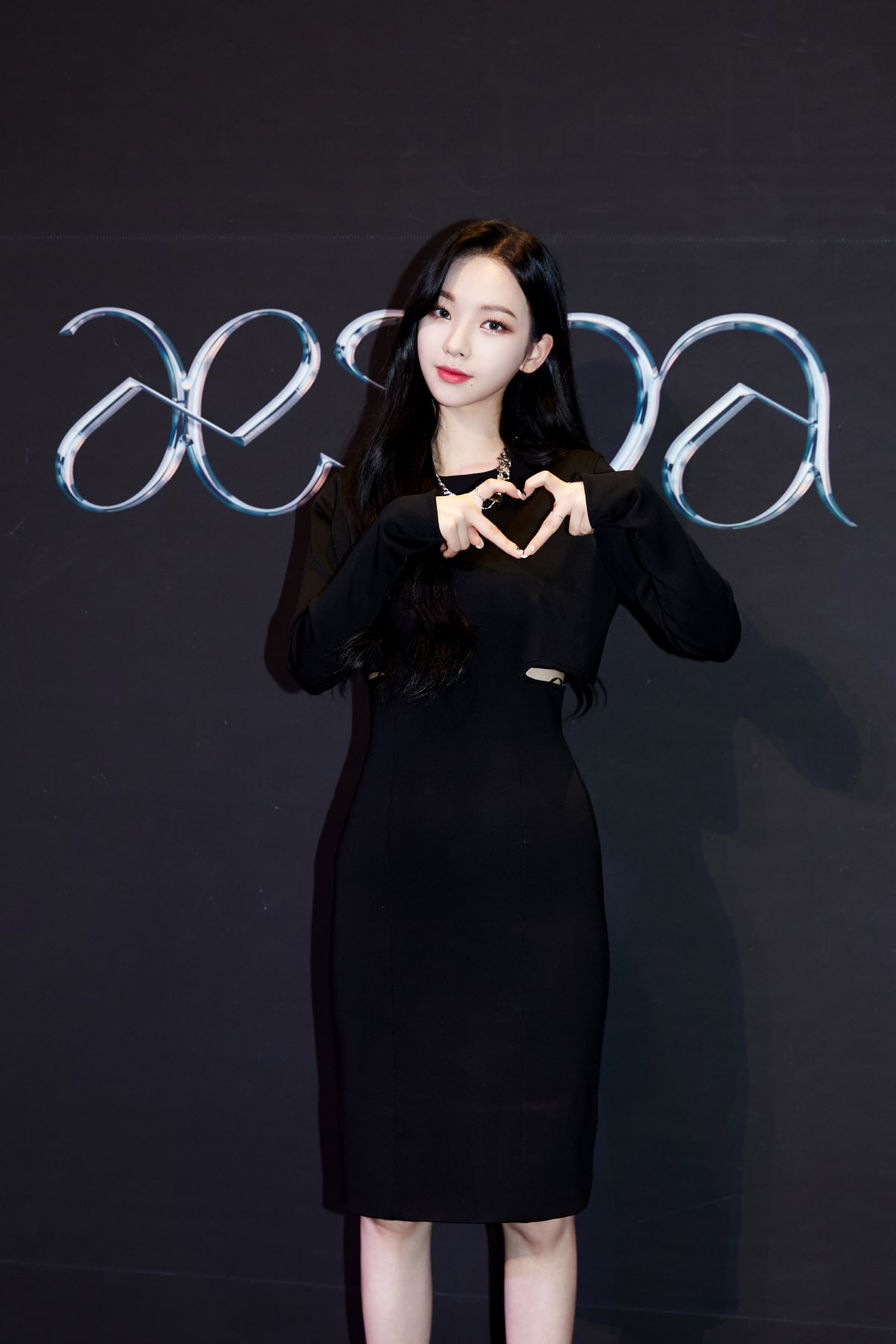 Ningning revealed, “We tried to show the story that comes after ‘Black Mamba’ with ‘Next Level,'” and Giselle elaborated that they were preparing interesting and fun activities with æ aespa. Karina further shared, “We worked hard to show a performance that’s cooler and more relaxed than ‘Black Mamba.'” Winter added, “The choreography is made in a way that’s fun and easy for everyone to follow along. It’d be great if many people followed along.” 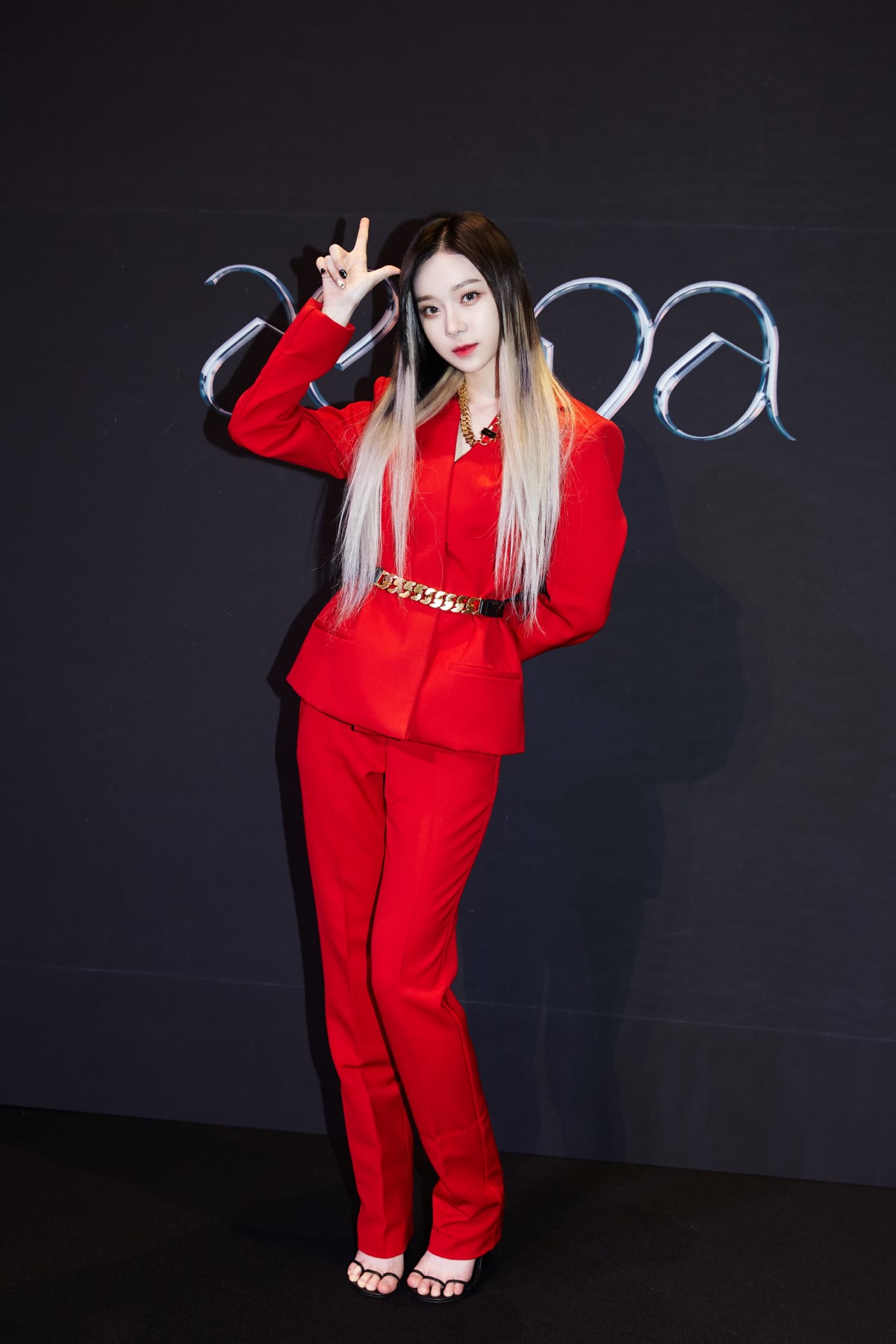 Karina revealed, “In the music video, you can see us dynamically riding a spaceship, jumping across time and space, and adventuring on a jet ski.” Giselle stated, “We portrayed our powerful selves, so it’d be great if you could focus on that.” 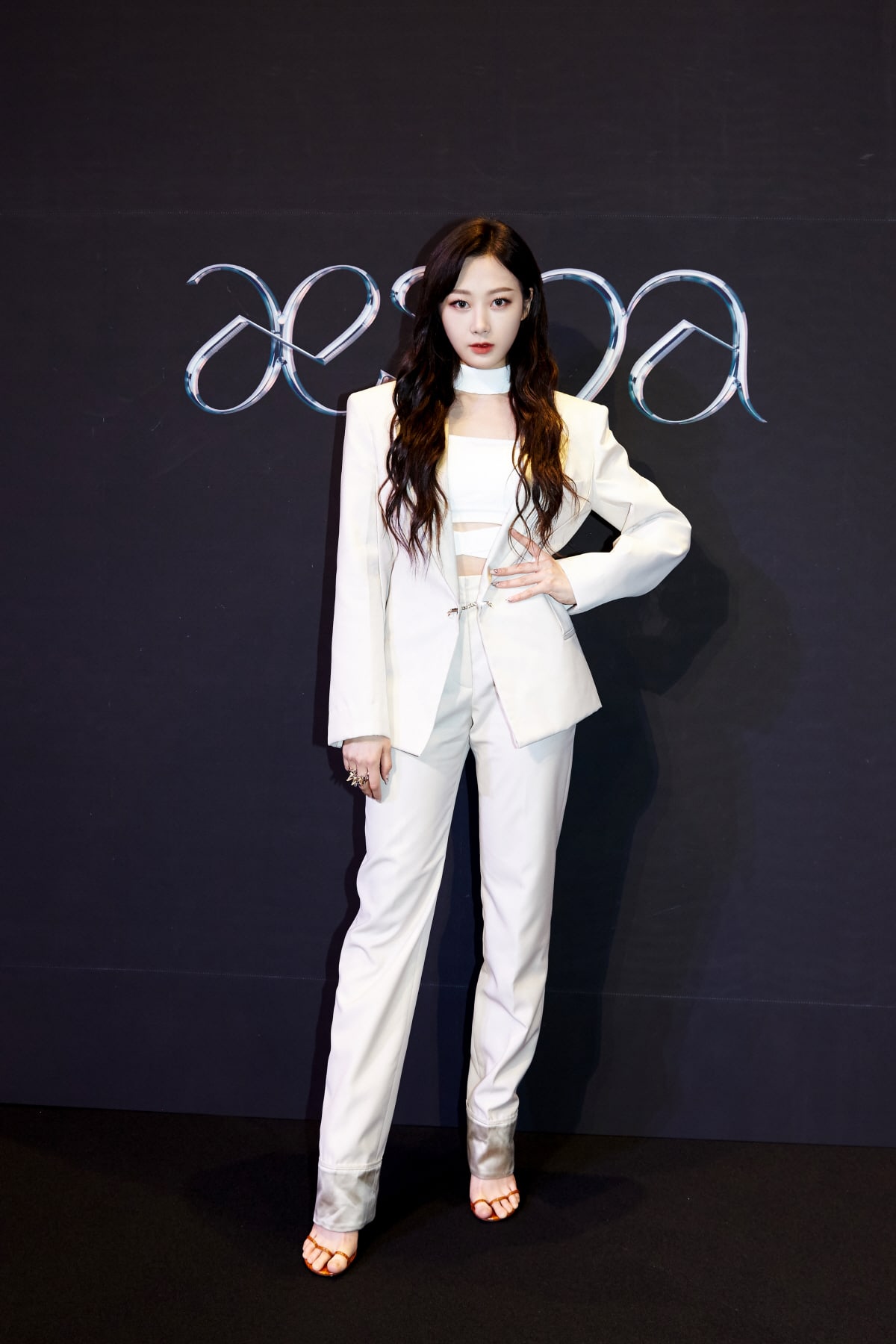 aespa has a unique concept in which the group technically has eight members, four of which are avatars. Regarding their concept, Karina shared, “We were actually educated on it for a long time because we have to promote while understanding our world, so we completely understand it now. æ aespa sometimes open the force and come out to reality. We spend time together at those times, and since æ aespa are made from our data, we work well together even if we don’t practice.” Winter added, “A world like this in which we meet our other selves and go on an adventure has yet to be seen anywhere else before. I’m looking forward to it because I think it’s a style that’s uniquely our own.” 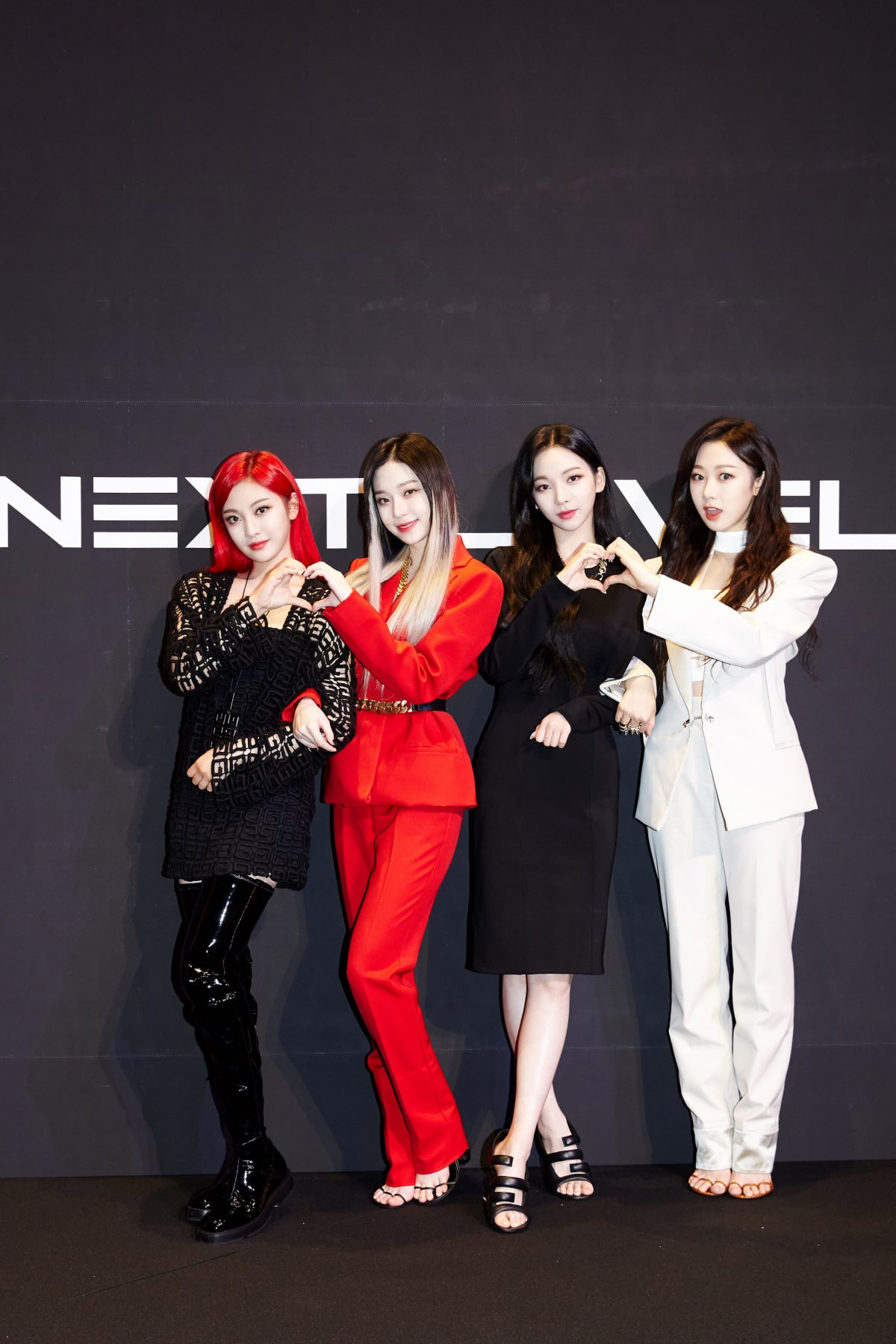 Karina also mentioned that aespa received a lot of help from Lee Soo Man while recreating “Next Level” in their own style. Winter explained, “He directed us with close attention to detail in our gestures, outfits, choreography, and formations on stage.”

Asked about when aespa will release a full album, Ningning revealed, “You will be able to see it soon. We are working hard to greet our fans with a rich list of songs, so please wait a little more.”

Lastly, Giselle shared, “We unexpectedly received a lot of love through ‘Black Mamba.’ Since we’re still rookies, our goal is to show continuous growth rather than being caught up in setting records and achievements.”