KBS 2TV’s “Youth of May” has revealed stills of an emotional scene between Go Min Si and Kim Won Hae from the upcoming episode!

“Youth of May” is a romance drama about the fateful meeting of medical student Hwang Hee Tae (Lee Do Hyun) and nurse Kim Myung Hee (Go Min Si), who fall in love amidst the whirlwind of events that take place in May 1980 – a historically significant time period in South Korea.

Previously, Kim Myung Hee went to see her brother Kim Myung Soo (Jo Yi Hyun), but her joy vanished into thin air when she saw her father Kim Hyun Chul (Kim Won Hae). One flashback scene showed Kim Myung Hee bursting into tears in front of Kim Hyun Chul when she is brought in for an inquisition.

The newly released stills give a deeper look into the father-daughter relationship. Kim Myung Hee is shedding tears in front of Kim Hyun Chul, who seems speechless by her sudden burst of emotions. She expresses her anger about something she has kept in her heart all this time. He says nothing as he watches her pour out her resentment towards him.

In addition, Kim Hyun Chul discovers a mysterious document in her room, and the serious look on his face increases the tension in the atmosphere. What exactly is the content of that document, and what is the incident that tore their relationship apart? 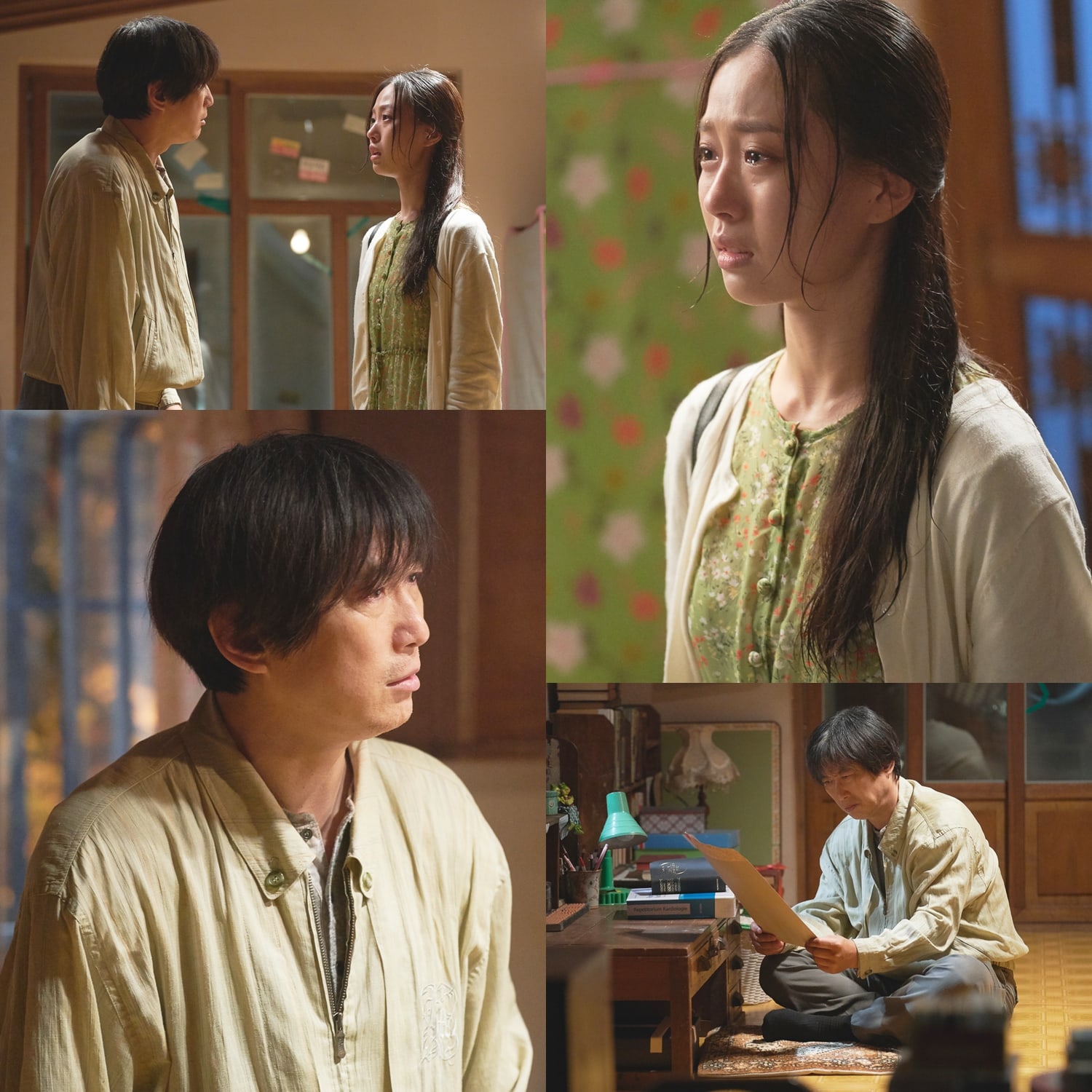 The drama’s producers commented, “Today’s episode will depict the conflict between Kim Hyun Chul, who says nothing in order to not hurt his daughter, and Kim Myung Hee, who holds a deep grudge against him. The strong emotions in her heart will cause her to explode. Please watch to see what the consequences of this change of heart will be.”

Kim Won Hae
Go Min Si
Youth of May
How does this article make you feel?