“Love (Ft. Marriage And Divorce)” Season 2 Poster Is Out With The Old And In With The New

Things are being shaken up for the second season of TV Chosun’s “Love (ft. Marriage and Divorce)”!

“Love (ft. Marriage and Divorce)” is a drama about three women in their 30s, 40s, and 50s whose marriages are shaken up by unexpected events. It is written by Im Sung Han, a famous makjang (a term that refers to dramas with extreme plot twists) drama writer.

The first season was divided into two parts, with the first part showing the breakdown of the three central marriages in the show and the second part showing how the husbands’ extramarital affairs began. The new poster for the second season shows the complete split as the husbands abandon their old love for the new. 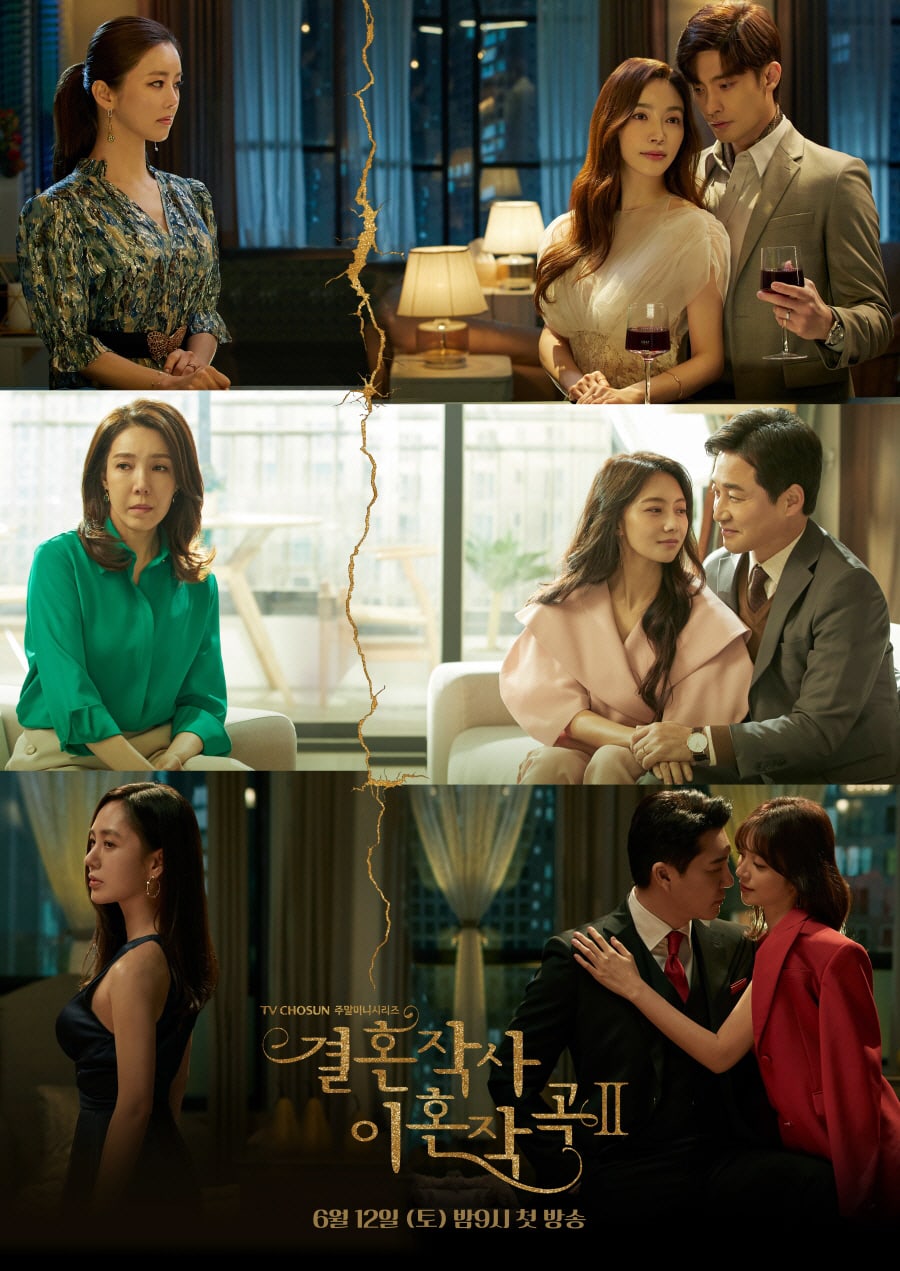 The production staff stated, “The main poster shows the opening act to the madness that results after the Pandora’s box of secrets has been opened. The conflict between the three wives in their 30s, 40s, and 50s and their husbands and their new women will become even more intense. Please look forward to the new season.”