tvN’s “The Devil Judge” is a drama that aims to deliver a message about justice through a “live courtroom show” that the whole nation participates in. Is Kang Yo Han (Ji Sung), the titular “devil judge” who emerges amidst chaos and confusion, a hero of the people or a demon who wears the mask of the law?

In addition to the four leads, the drama’s cast includes Kim Jae Kyung, Ahn Nae Sang, Jang Young Nam, Jung In Kyum, and Baek Hyun Jin. With their skilled and dynamic acting, the cast of “The Devil Judge” brought their characters to life at the first script reading.

Ji Sung will play Kang Yo Han, a head trial judge who wears legal robes in order to hunt down villains. He is the “devil judge” who wears the mask of the law and punishes the greedy and power-hungry through the courtroom show.

In the video of the script reading, Ji Sung shares, “He’s like Batman. He’s like a hero who saves this generation. However, he’s a devil character. On top of that, the real devil Jung Sun Ah (Kim Min Jung) will have confrontations with Kang Yo Han.”

Kim Min Jung will take on the role of Jung Sun Ah, Kang Yo Han’s greatest rival and the executive director of a CSR (corporate social responsibility) foundation. Kim Min Jung reveals, “Jung Sun Ah is the hardest to explain out of all the characters I’ve played.”

Ji Sung and Kim Min Jung mentioned that they’ve reunited for the first time in 12 years since they starred in the 2007 MBC drama “New Heart” together. Kim Min Jung comments that she had been surprised to work together again since she had recently been imagining what it would be like if “New Heart” is made into a drama with multiple seasons. Ji Sung adds, “I wanted to meet her again once more at some point, and we’ve reunited through this project—not as a love line, but as a devil verses another devil.”

Jinyoung will play Kim Ga On, an associate trial judge who shines as the one ray of hope in a dystopian world. Park Gyu Young will transform into Yoon Soo Hyun, a police detective in a regional investigation unit who is on the hunt for Kang Yo Han’s secrets. She and Kim Ga On have been friends since childhood, and their relationship seems to have the potential to develop into something more. 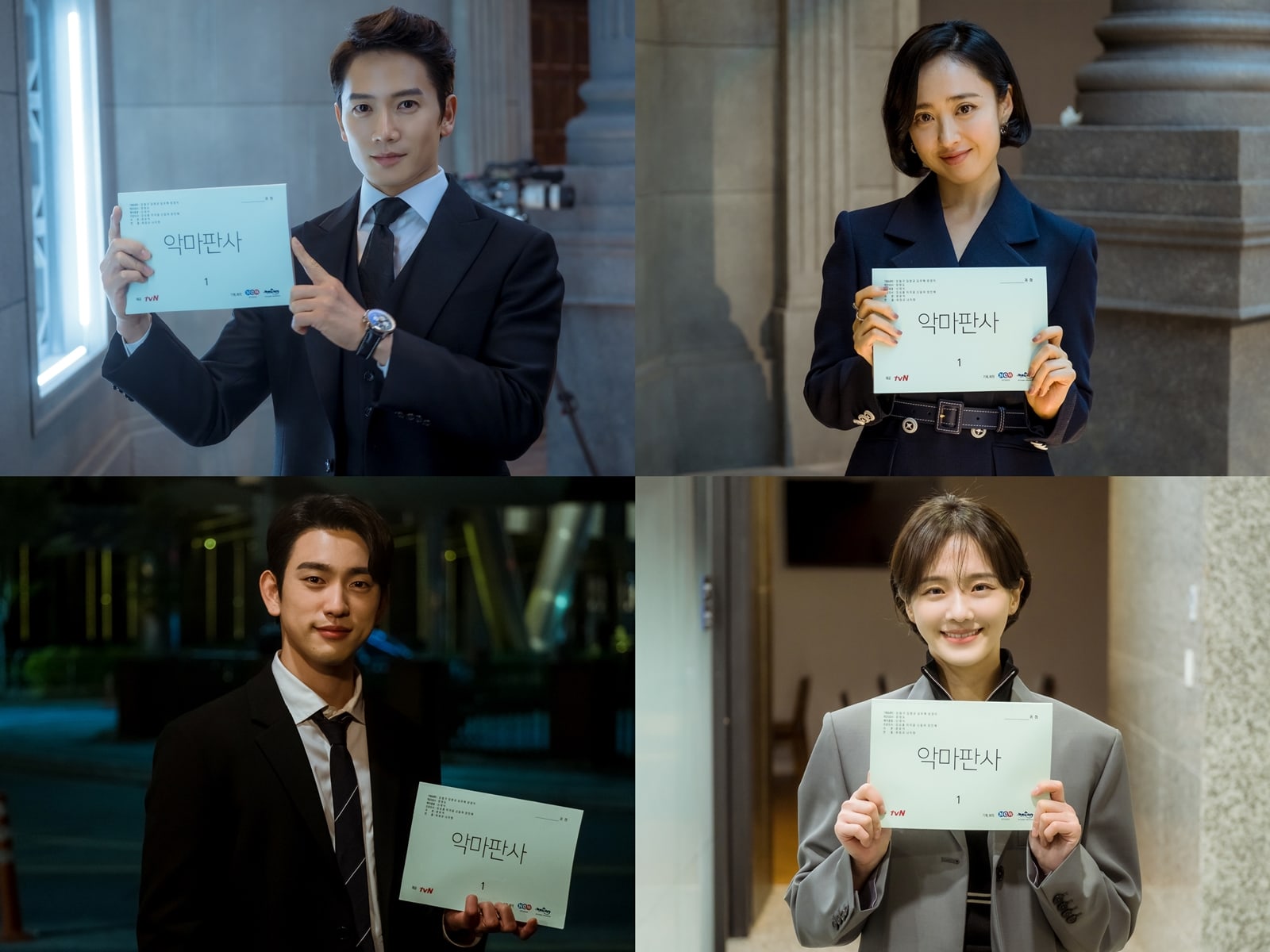 Kim Jae Kyung will be playing the role of Oh Jin Joo, an associate judge at the trial court who loves the spotlight and becomes a media darling thanks to her beauty and wit. Ahn Nae Sang will play Min Jung Ho, Kim Ga On’s teacher and justice of the Supreme Court.

Jang Young Nam plays the Minister of Justice and presidential candidate Cha Kyung Hee, Jung In Kyum plays Seo Jung Hak, a senator and the chairman of the CSR foundation, and Baek Hyun Jin will transform into the president Heo Joong Sae.

Ji Sung shares in the clip, “We’ve been working hard on this drama since December. I’m filming with excitement, hoping that a drama as good as the effort we put in will be produced.” Kim Min Jung comments, “We’re working on our teamwork together in order to impress further.”

Watch the full video of the script reading below!

“The Devil Judge” is scheduled to premiere in July.

In the meantime, watch Ji Sung and Kim Min Jung in “New Heart”: