Park Bo Young and Seo In Guk end up in one bed in tvN’s “Doom at Your Service”!

Previously in the drama, Tak Dong Kyung and Myul Mang began their cohabitation. However, Myul Mang did not want to accept the fact that he had special feelings for Tak Dong Kyung and pressured her using her fear of death. Angered and wanting to drive him to death, Tak Dong Kyung told him that she loved him, as Myul Mang had previously revealed to her, “If you break the contract, the person you love most at that moment will die.”

New stills reveal Tak Dong Kyung stepping into Myul Mang’s bedroom. She appears determined as she stares straight at Myul Mang, who looks back at her, unbothered. The sense of quiet adds tension to the atmosphere between them. 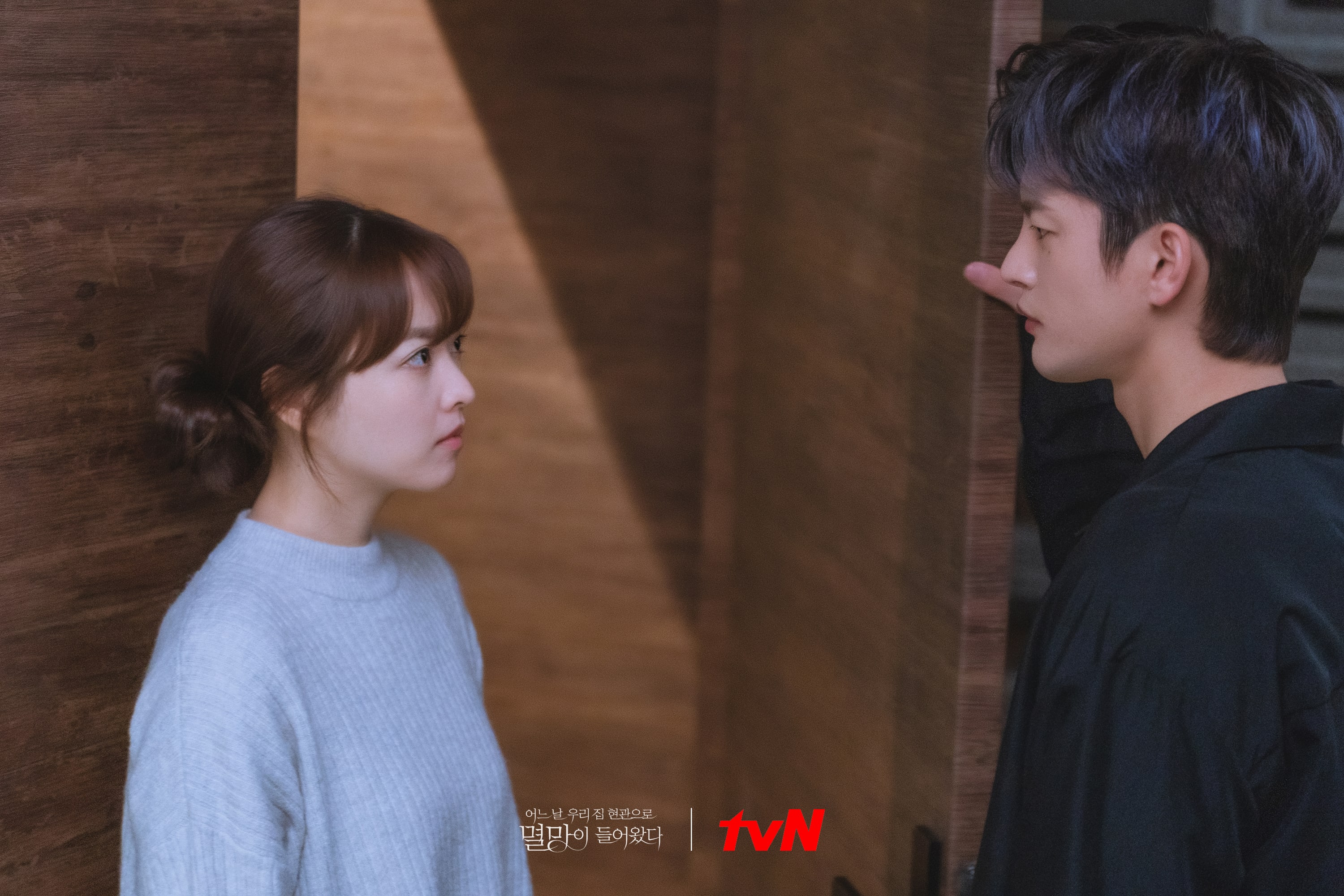 The pair is then seen lying on the same bed facing each other. Myul Mang cautiously extends his hand to push Tak Dong Kyung’s hair back from her face while she’s asleep. The look in his eyes suggests that he’s feeling a mixture of various emotions including sadness and affection. 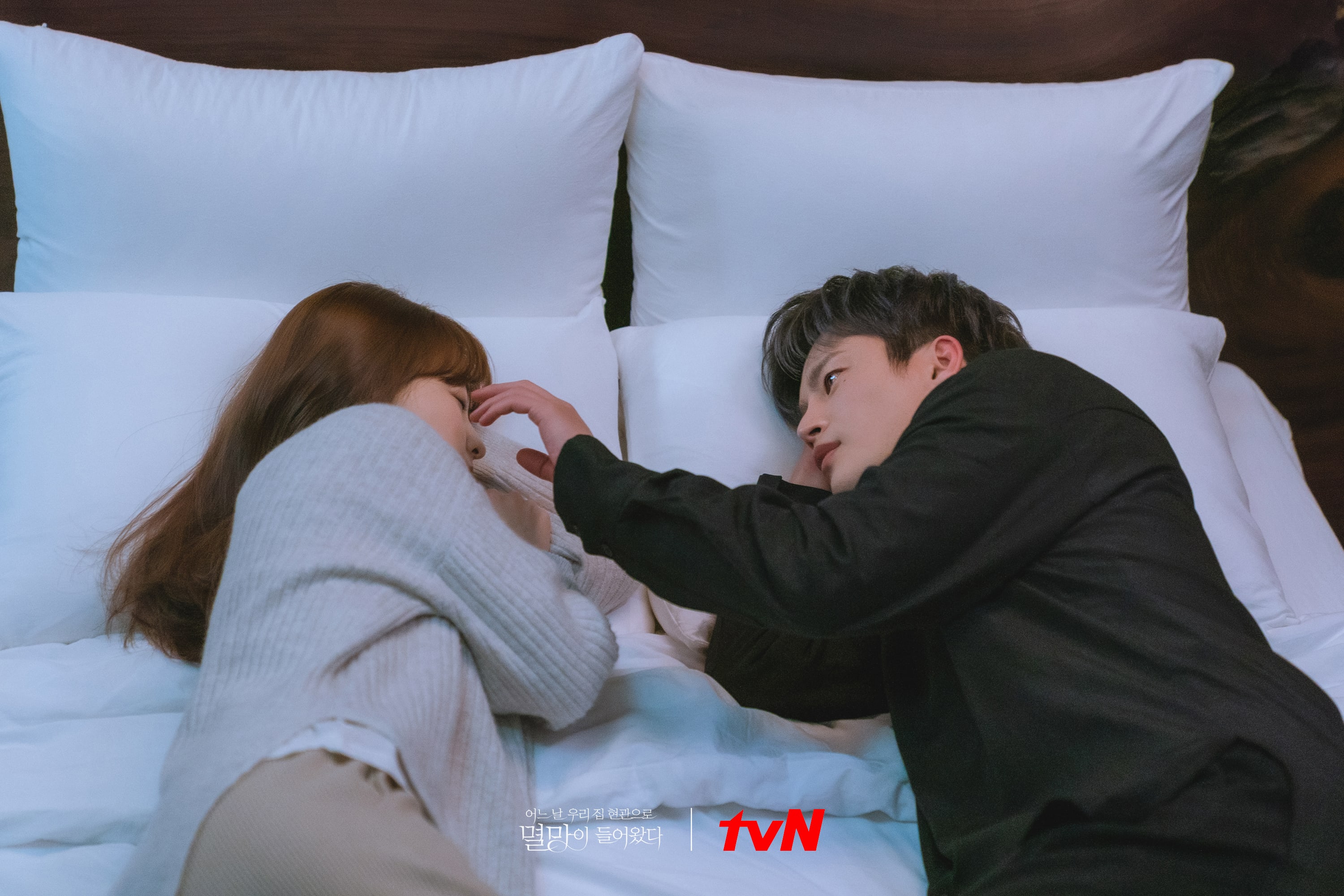 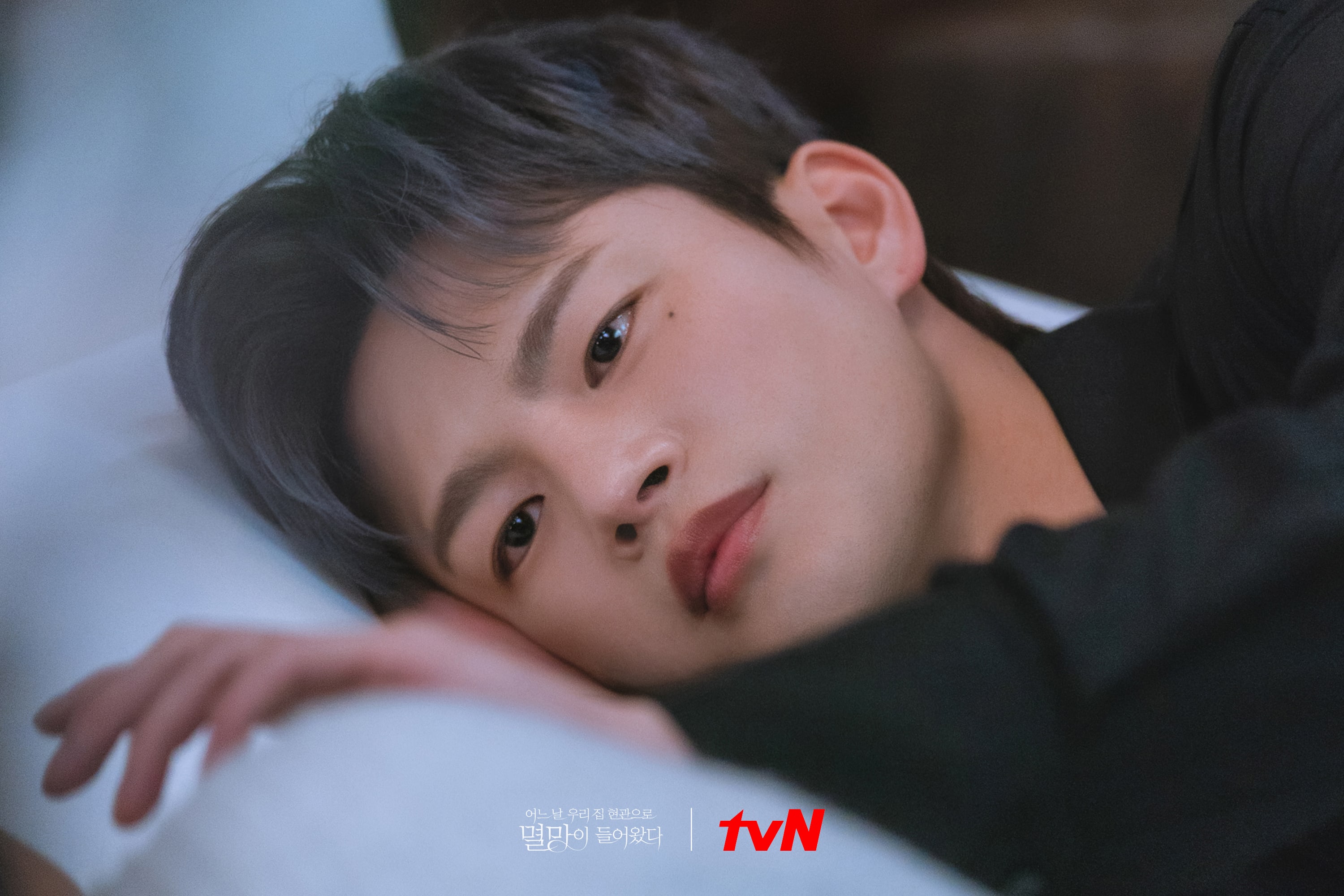 The drama’s production team commented, “Tonight’s episode (May 18) will provide a rush of romantic moments between Tak Dong Kyung, who has decided to love Myul Mang, and Myul Mang, who is making an effort to make her love him. You can look forward to their chemistry.”