“Taxi Driver” has given another look at their set with a new behind-the-scenes clip!

The SBS drama follows the story of a mysterious taxi service that takes revenge on behalf of clients who cannot get justice from the law. Lee Je Hoon stars as Kim Do Gi, a former special forces officer who works for the service, while Esom co-stars as Kang Ha Na, a prosecutor who becomes suspicious of his activities.

The making-of clip starts with Lee Je Hoon and Esom practicing their lines for their heated confrontation. Despite the staff member calling out that they will now move locations, the two keep rehearsing. Finally, they notice most of the crew is gone, and Lee Je Hoon cutely asks, “What were we doing here?”

The two actors move to a different spot, and Esom starts practicing her lines again. She asks, “Where’s Jo Doo Chul?” When Lee Je Hoon doesn’t respond, Esom realizes this is the part where he stays silent, and she bursts into embarrassed laughter. She continues saying her lines, and he listens to her while nodding once in a while.

Finally, Lee Je Hoon and Esom start filming. They exude a cold aura, and their eyes are blazing with fierceness as they start to argue back and forth. As soon as the director shouts “cut,” their hostility dies down, and he comfortingly strokes her hair. 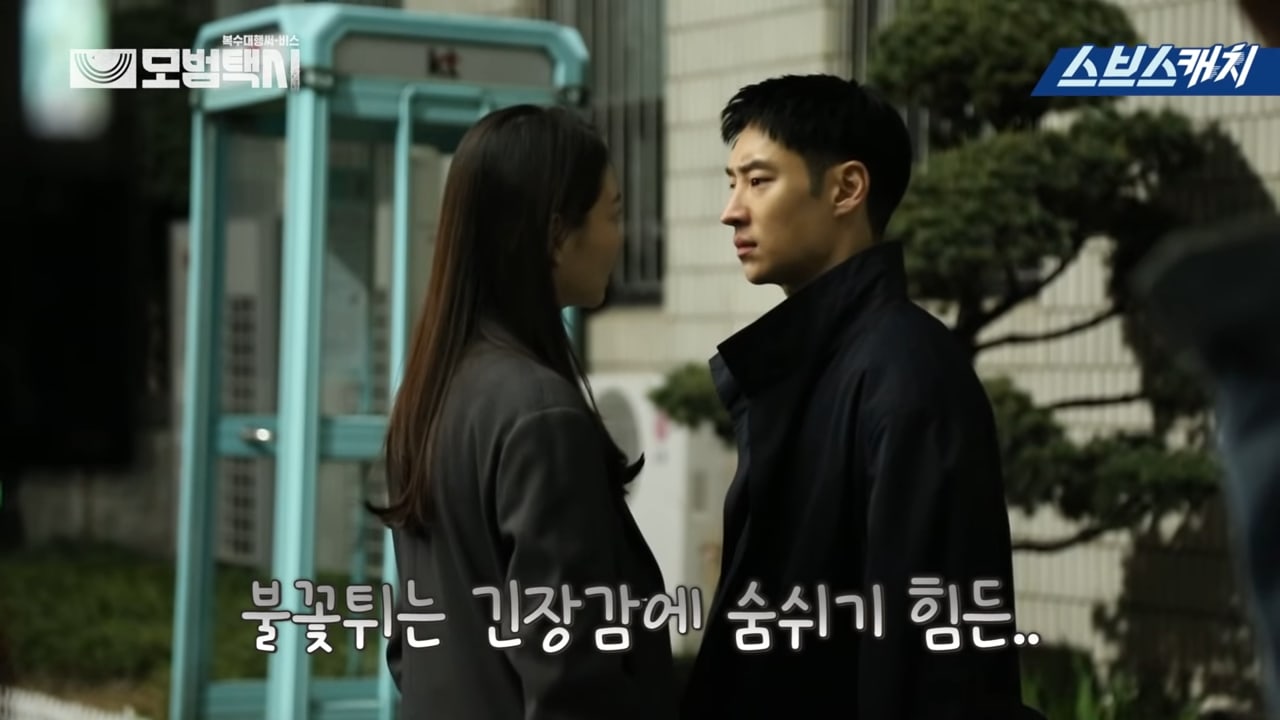 When the staff member filming the making-of video asks if he’s cold, he replies, “It suddenly got cold. It was unexpected. Up until the end of March, I wore an extra layer of clothing, and I had resolved to stop wearing them in April and enjoy spring, but it got cold again. So I’m wearing a padded jacket, but I couldn’t wear an extra layer of clothing. I have to pretend to not be cold when I’m acting though.” 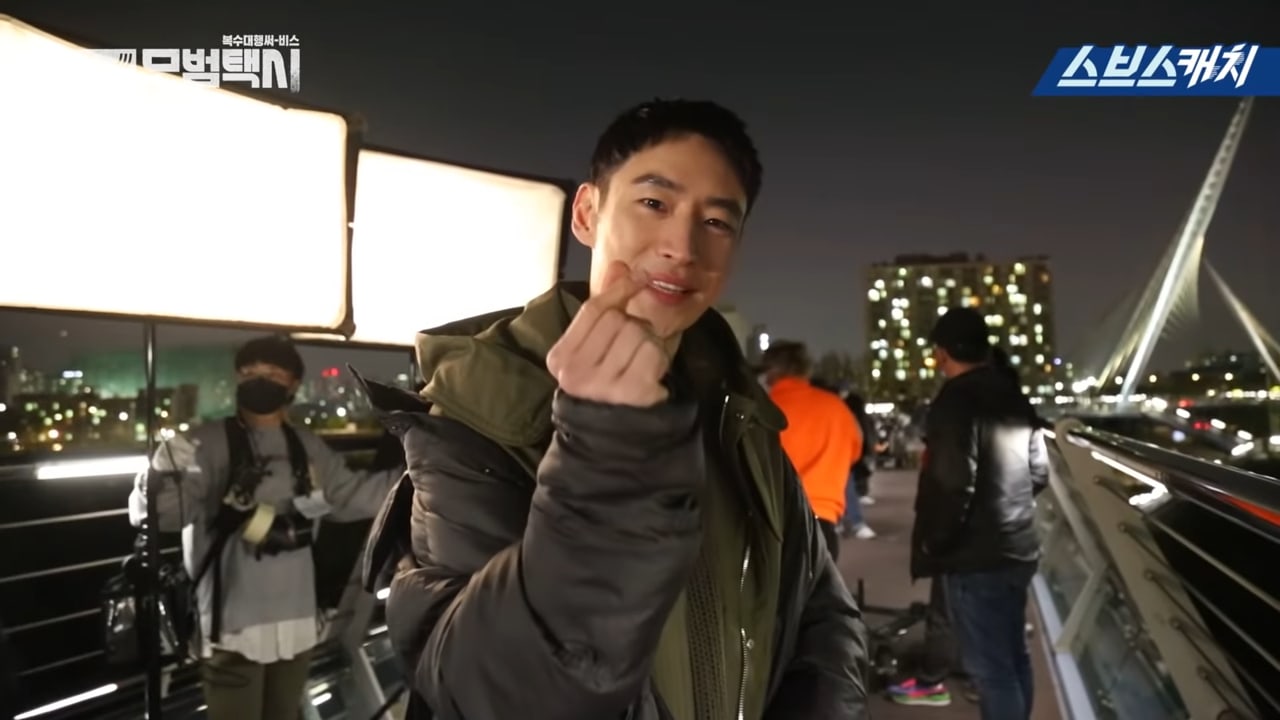 The clip also shows Lee Je Hoon and Lee Ho Chul filming their violent scene at the hospital. The two rehearse with diligence and thoroughness. Once filming stops, Lee Je Hoon runs to Lee Ho Chul to make sure his co-star is okay. With their great teamwork and thoughtful consideration, the two complete a passionate action scene. 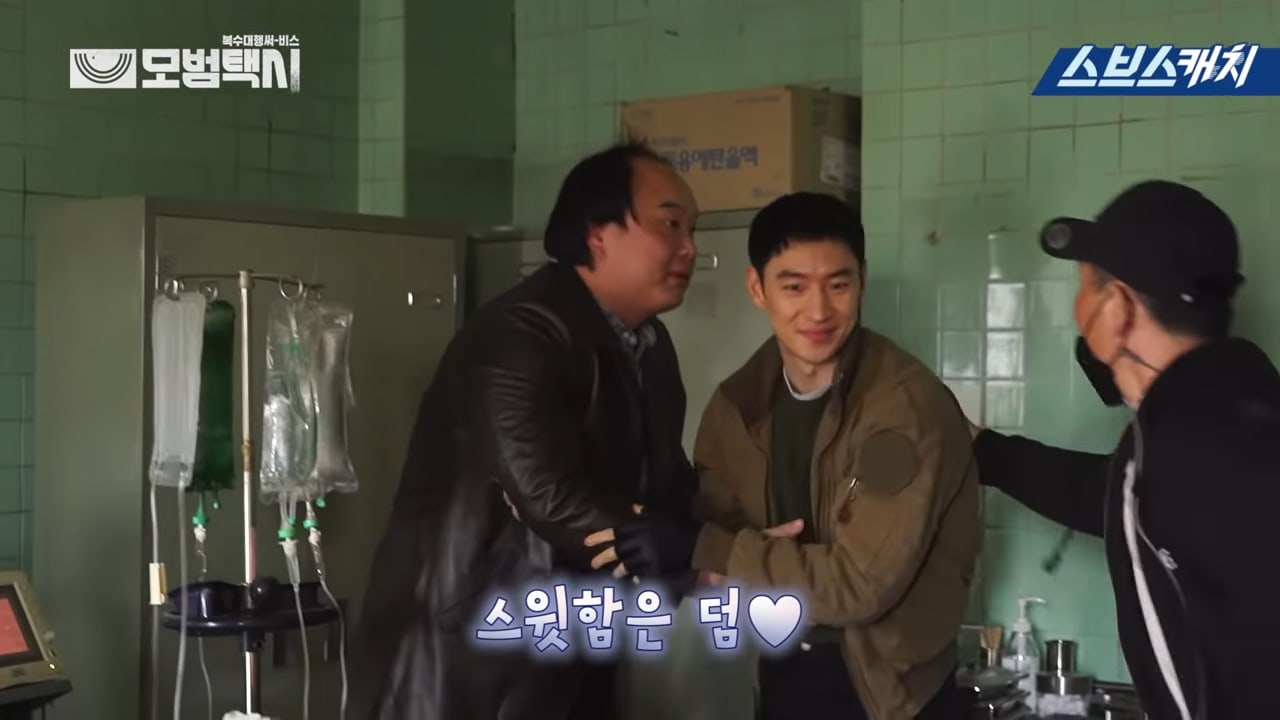