On May 19, Seulgi revealed on Instagram Stories that she had attended the premiere of Gong Seung Yeon’s new movie “Aloners.”

Gong Seung Yeon, who once trained alongside Seulgi at SM Entertainment and has remained good friends with her ever since, recently won Best Actress at the 2021 Jeonju International Film Festival for her performance in the film.

Sharing a photo she had snapped of the film’s poster, Seulgi tagged Gong Seung Yeon and wrote, “Premieres today, May 19. I watched a great movie for the first time in a long while. Thank you for inviting me, unnie.”

She also posted a cute photo of Gong Seung Yeon and added, “Also, congratulations on winning an award at the Jeonju International Film Festival.” 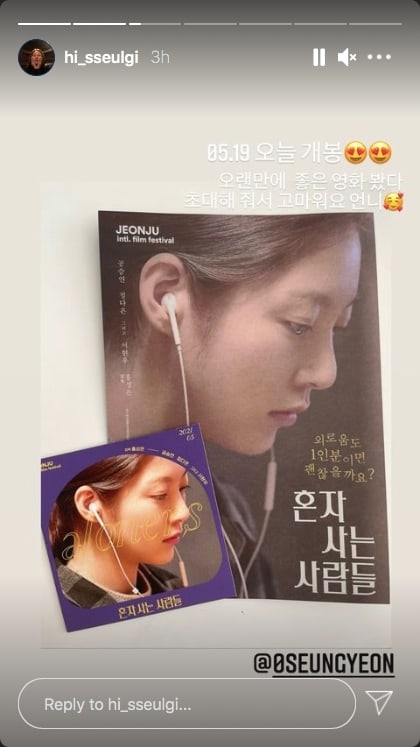 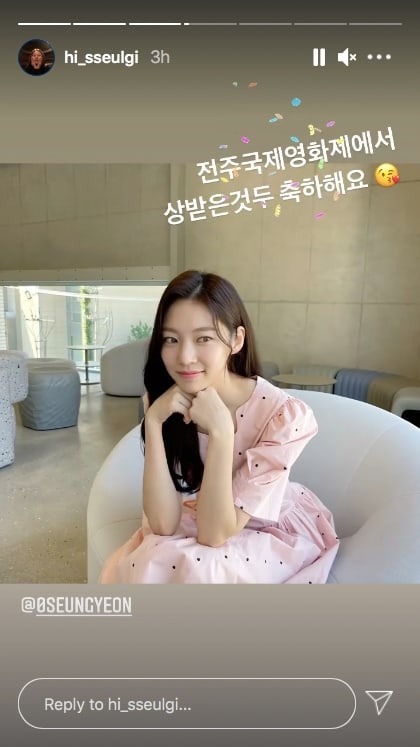 Red Velvet
Seulgi
Gong Seung Yeon
How does this article make you feel?