SBS’s “The Penthouse” has shared its first glimpse of Yoon Jong Hoon and Bong Tae Gyu from its highly-anticipated third season!

At the end of “The Penthouse 2,” doctor-turned-entrepreneur Ha Yoon Cheol (played by Yoon Jong Hoon) and lawyer-turned-National Assemblyman Lee Gyu Jin (played by Bong Tae Gyu) wound up in court along with the rest of the Hera Palace Club.

When Oh Yoon Hee (played by S.E.S.’s Eugene) confessed to the murder of Min Seol Ah (Jo Soo Min), the ugly truth about Ha Yoon Cheol and Lee Gyu Jin’s roles in covering up her death came to light—and both men were sentenced to two years in prison each.

On May 21, the smash hit drama released its first stills of the two characters from its upcoming third season.

As they attempt to adjust to the vicious jungle that is prison life, Ha Yoon Cheol and Lee Gyu Jin involuntarily get swept up in the fierce power struggle between the inmates. When Lee Gyu Jin accidentally runs into a member of the mob in the prison bathroom, the former National Assembly member is visibly terrified and cowers in fear as he gazes up at the intimidating gangster.

Meanwhile, Ha Yoon Cheol appears to have been somewhat hardened by his experience in prison: the light in his eyes has seemingly vanished, and he glares coldly at someone in the room with an expression that hints at his thirst for revenge. 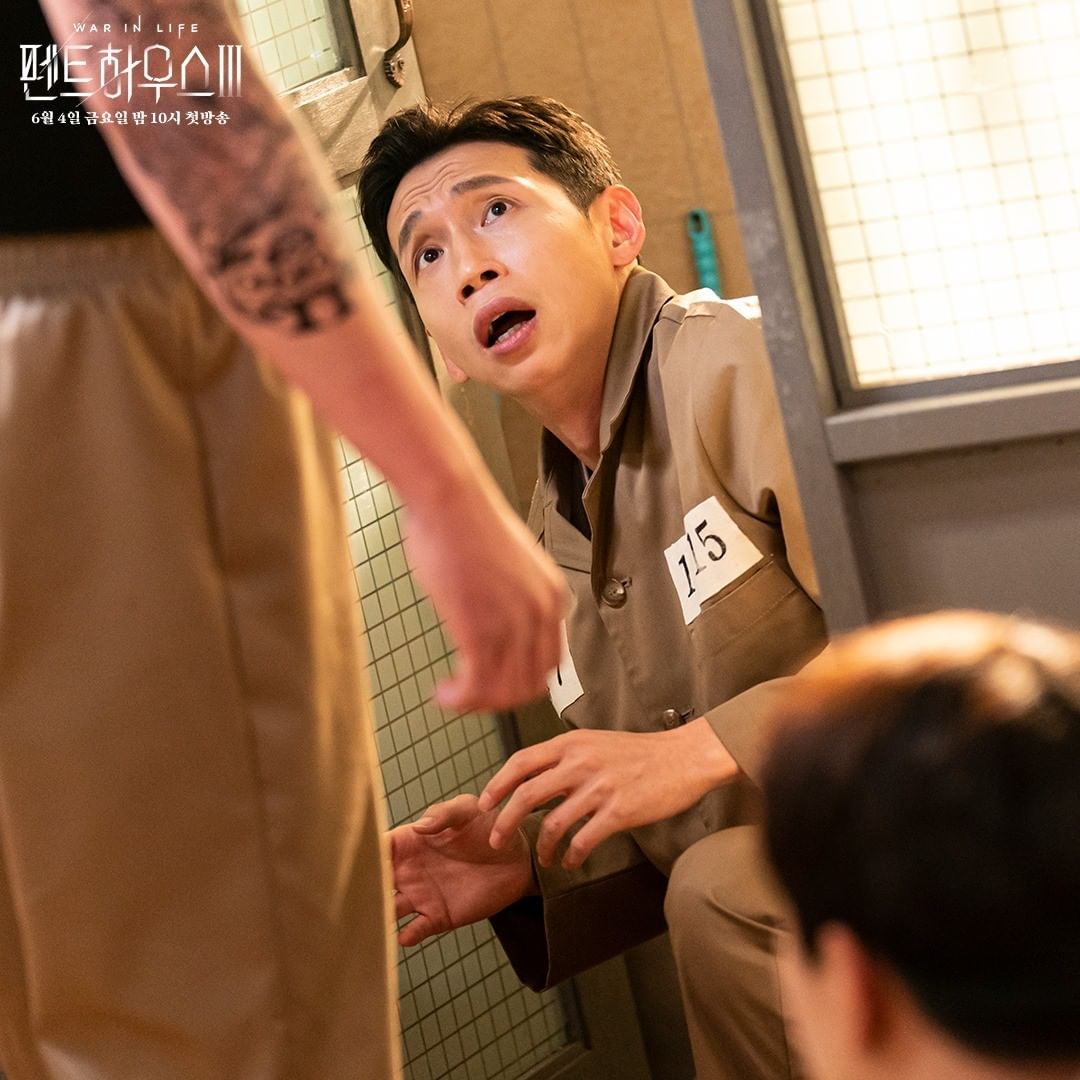 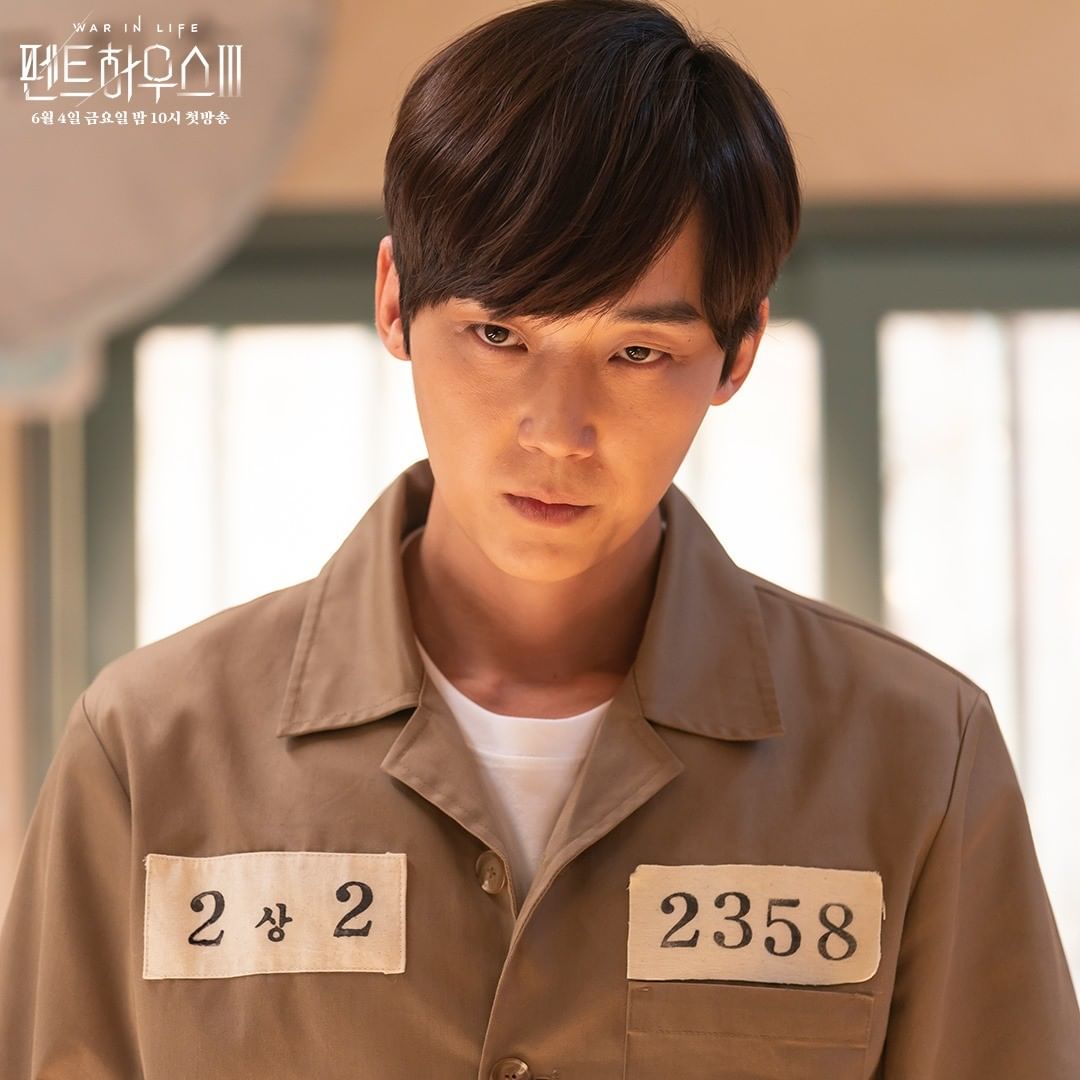 In another set of photos, the two men stare at the floor in shock before passionately applauding someone with looks of awe. 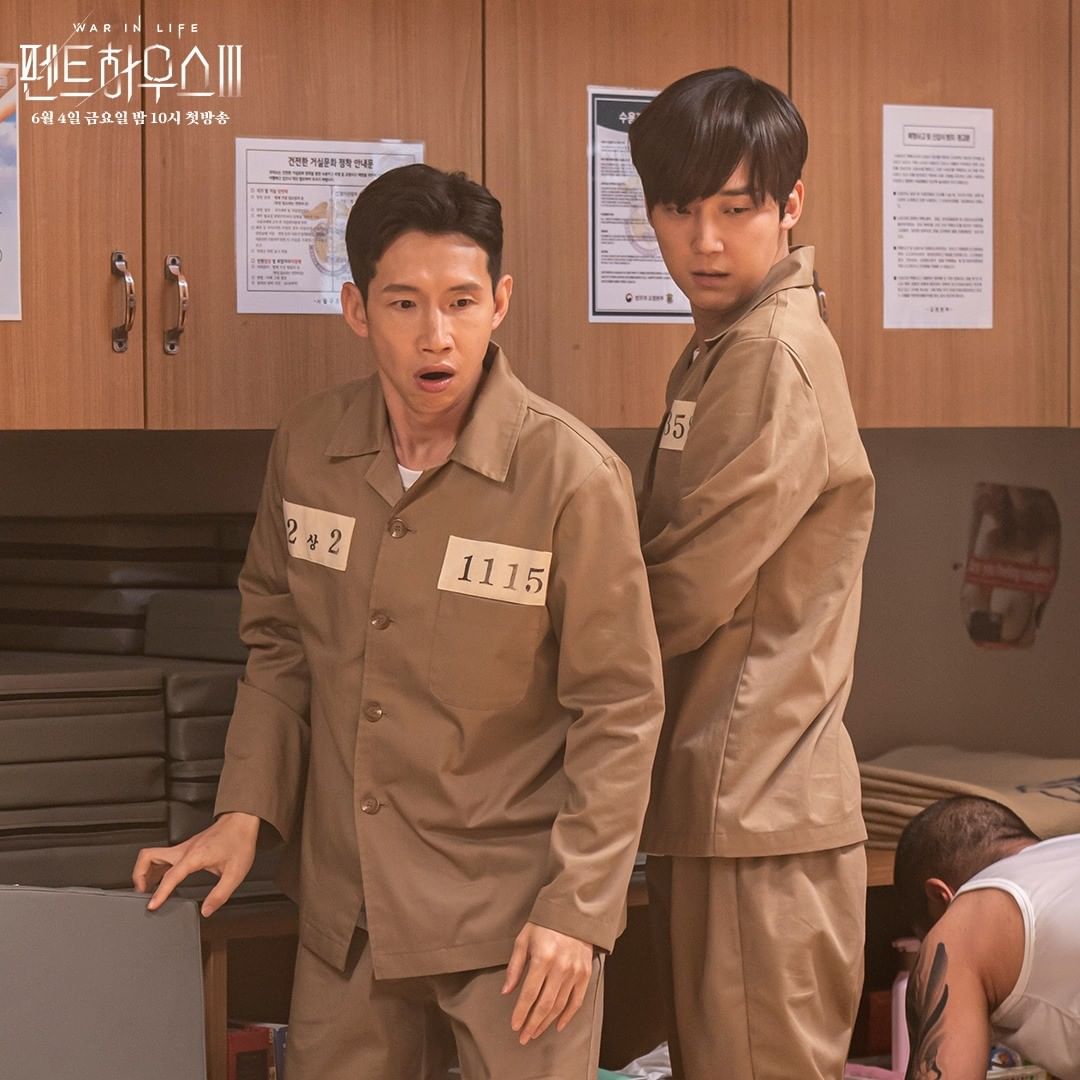 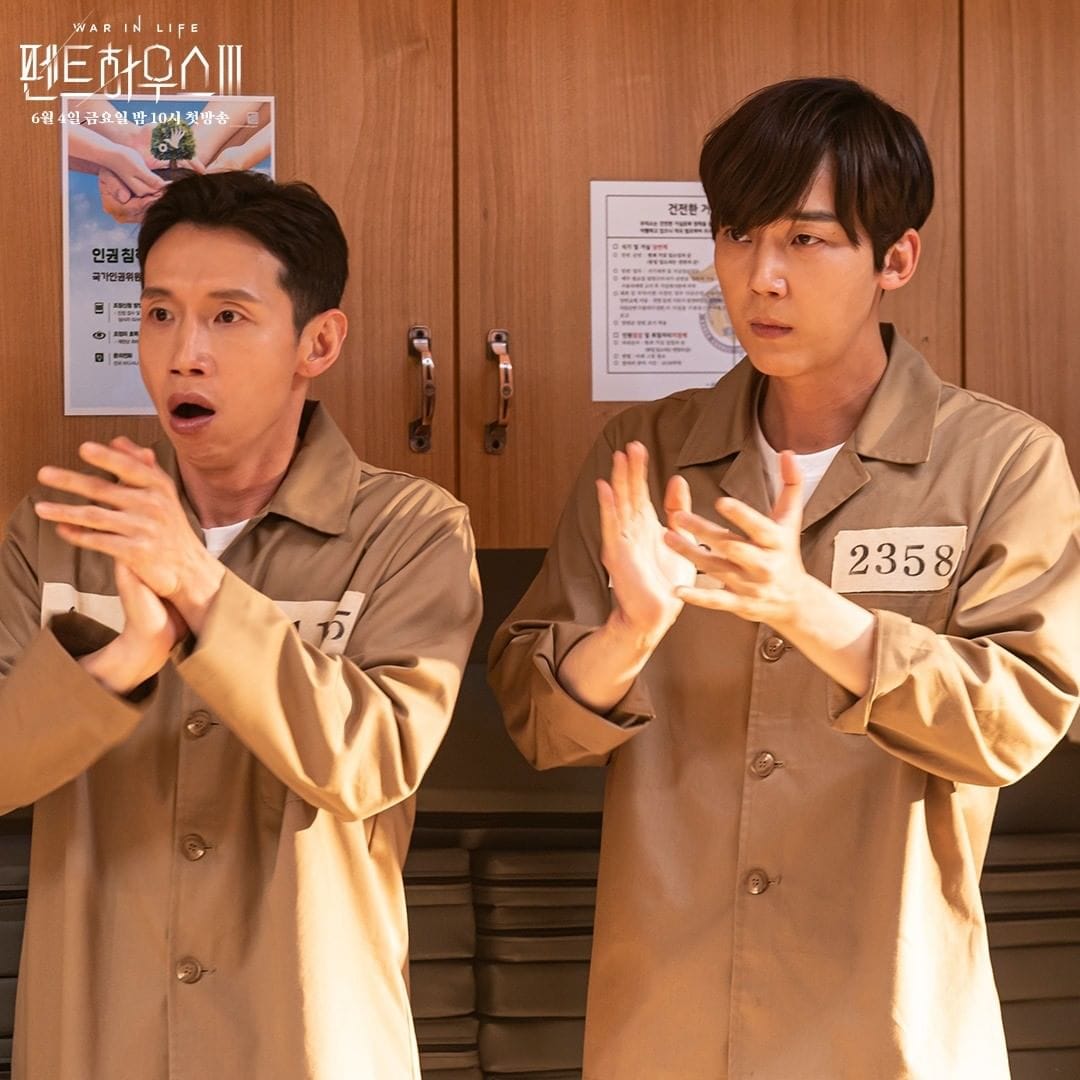 Praising the two actors for their flawless portrayal of their characters and their warm, playful personalities off-camera, the producers of “The Penthouse 3” remarked, “Bong Tae Gyu and Yoon Jong Hoon are actors with distinctive charms who strikes the perfect balance between fun lightheartedness and seriousness.”

They went on to add, “Please keep an eye on how Lee Gyu Jin and Ha Yoon Cheol, who wind up facing danger upon danger, manage to survive prison life.”

“The Penthouse 3” will premiere on June 4 at 10 p.m. KST and will be available on Viki.

In the meantime, refresh your memory by watching “The Penthouse 2” with subtitles below!