More stills have been released for the upcoming episode of “So I Married the Anti-Fan”!

The romantic comedy is about global K-pop star Who Joon (Choi Tae Joon) and his anti-fan Lee Geun Young (Sooyoung) who is a magazine reporter.

According to the production team, the flight attendant may have a surprising influence on the development of Who Joon and Geun Young’s relationship.

Another set of stills shows Who Joon and Lee Geun Young gradually becoming closer while on a date outdoors. When they encounter a band singing Who Joon’s song while busking, Who Joon ends up with the mic and sings in front of Geun Young for the first time.

In another image, they are standing close together as Who Joon looks at Geun Young while holding on to her shoulders, and Geun Young seems a little flustered as she avoids his gaze.

When it suddenly starts raining, Who Joon is shown sharing his jacket with Geun Young to cover the rain, drawing anticipation for the romantic vibe in the upcoming episode. 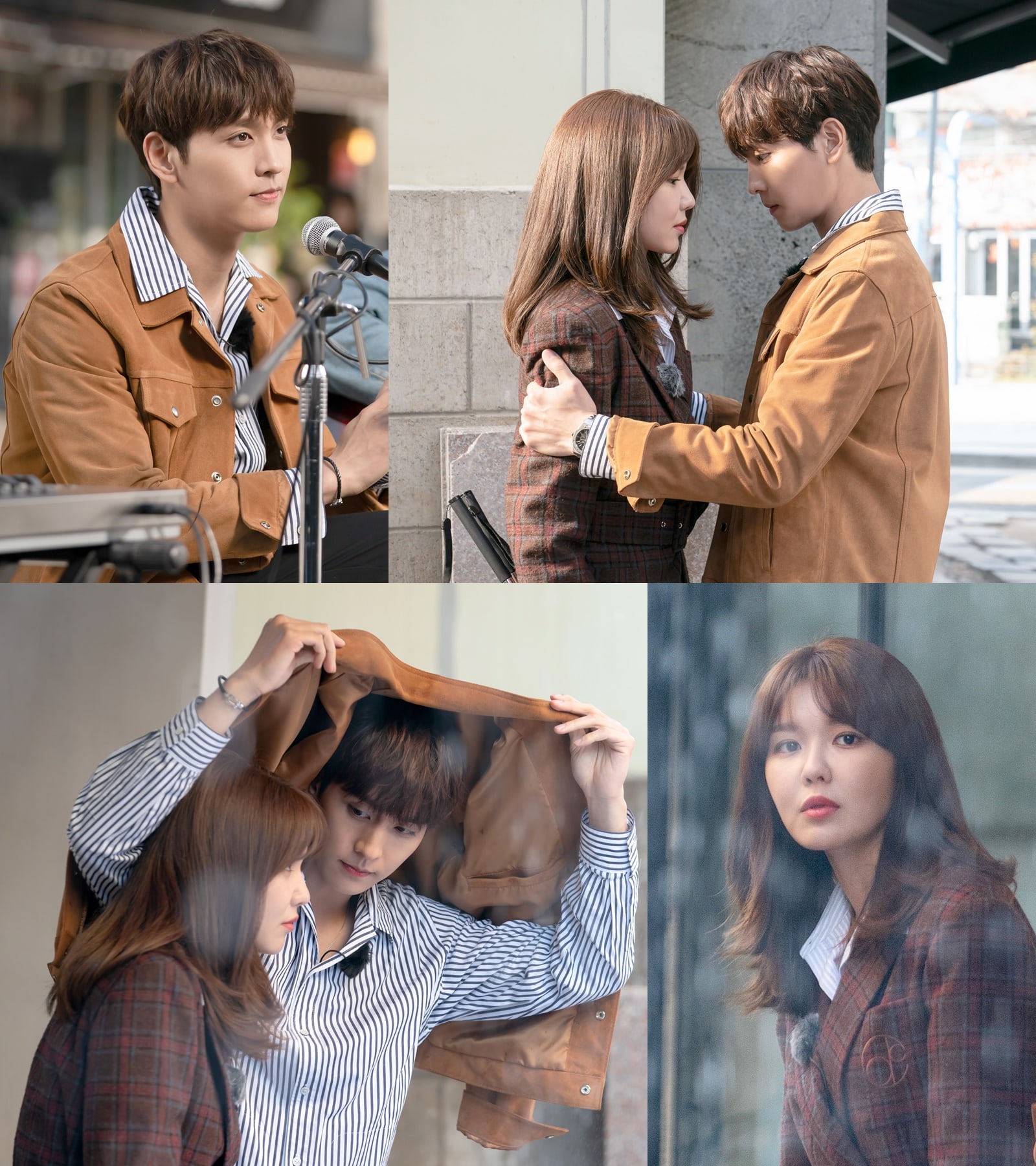 Girls' Generation
Choi Tae Joon
Song Ji Eun
Sooyoung
So I Married the Anti-Fan
How does this article make you feel?