The newly released stills show Kim Do Gi attempting to save his team members. First, he fights against dozens of Baek Sung Mi’s minions in her secret underground prison. Then he somehow ends up grabbing Baek Sung Mi and threatening her with a sharp knife. His eyes are blazing with fury, and he refuses to back down from the disadvantageous situation. Although Baek Sung Mi’s face is shadowed with fear, she won’t give up easily either. 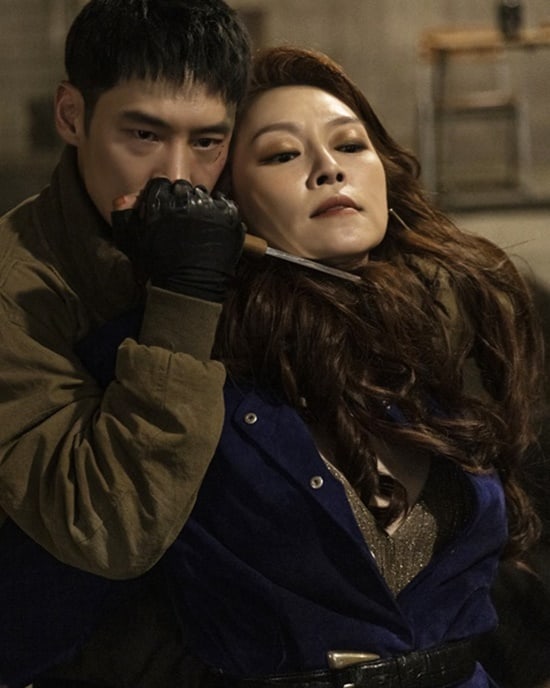