Ba Woo and Dae Yeop are polar opposite from each other. While Ba Woo is rough and manly, Dae Yeop is sweet and protective. Viewers are in a dilemma about which character they like better. Check out the different ways they approach romance below!

Ba Woo: A tsundere who tries to get redemption

Ba Woo and Soo Kyung get off to a rocky start. He kidnaps her in an attempt to remarry her to another man. Fortunately, he changes his mind and saves her from an unwanted marriage, but she has nowhere else to go. Her father-in-law Lee Yi Cheom (Lee Jae Yong) is trying to kill her, and her father King Gwanghae is secretly planning to use that weakness to defend his royal authority. The only one who doesn’t turn a blind eye to her is Ba Woo.

Ba Woo may seem cold-hearted, but he is the perfect example of a tsundere, a Japanese term that describes a person who is seemingly cold-hearted before gradually warming up to their surroundings. He pretends not to be concerned about her, and yet, he can’t help but take care of her. Despite his harsh words, he doesn’t hesitate to save her when she’s in danger. Soo Kyung seems to be warming up to him as well, and she even saved him from Dae Yeop’s sword.

However, things are still rocky between the two. Ba Woo was heartbroken after he found out her father-in-law is none other than Lee Yi Cheom, the one who killed his family. Viewers are eager to see how Ba Woo and Soo Kyung’s relationship will progress despite all the obstacles in the way. 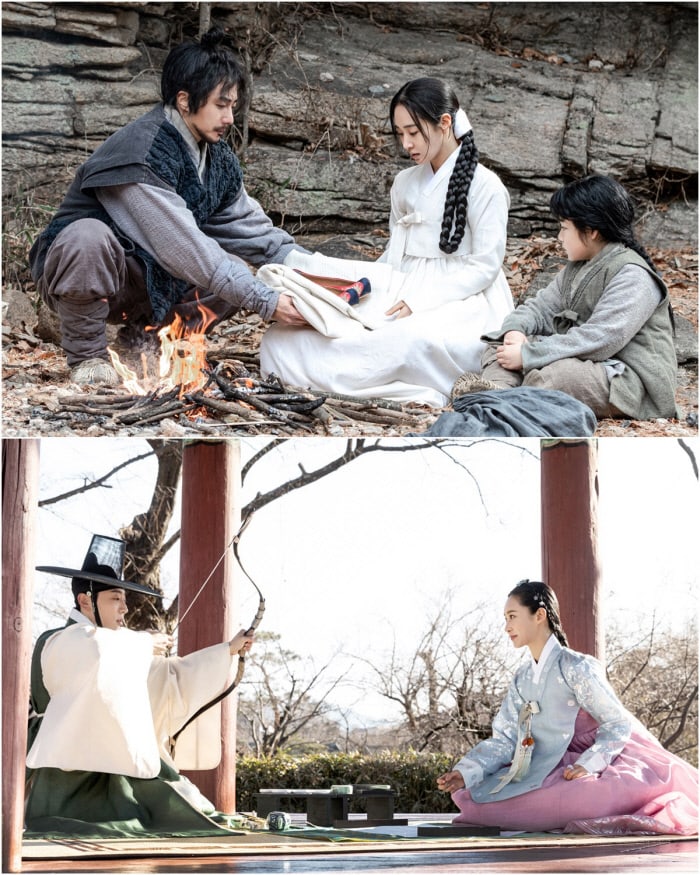 Dae Yeop: A romanticist who never forgets his first love

Dae Yeop always struggles to protect Soo Kyung. When she was kidnapped, he attempted to keep her safe from his own father. Dae Yeop may be Soo Kyung’s brother-in-law, but in fact, she was his first love. Previously, it was revealed that Soo Kyung was originally supposed to be married to Dae Yeop, but for some reason, Lee Yi Cheom made his brother wed her instead.

That doesn’t mean Dae Yeop gave up on Soo Kyung. He continued to stay by her side, and he never stopped being in love with her. When Dae Yeop found Soo Kyung, he said, “As always, you are the one and only precious person in this world.” Then he stole his father’s Myeong Sa Cheol Gwon, an important seal that grants forgiveness to the one who has it, and made a deal with the king to save Soo Kyung’s life. Viewers are touched by his unchanging love for her, and it will be exciting to see if his efforts to protect her will pay off.